Derby County striker Martyn Waghorn praised the character of his team-mates as the Rams rescued a last-gasp point in their 1-1 draw against Wigan Athletic. 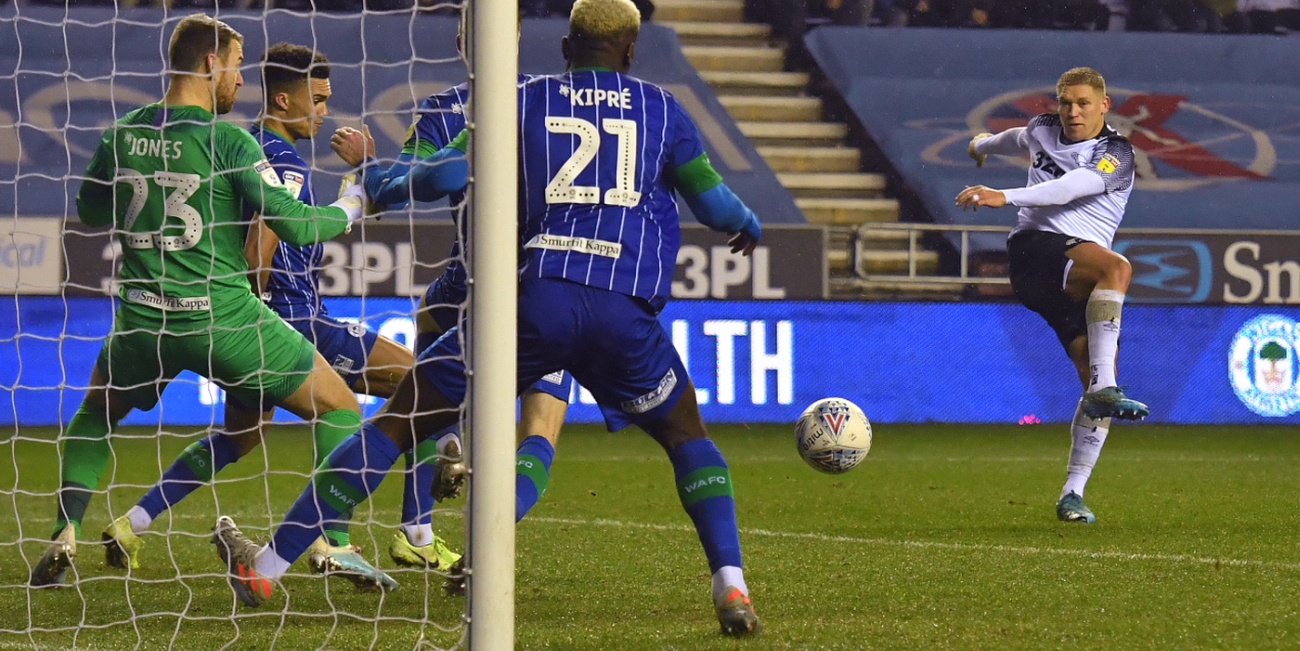 Joe Garner had given the Latics the lead with only 10 minutes of the game remaining at the DW Stadium with an acrobatic effort which gave goalkeeper Ben Hamer no chance.

However, deep into stoppage time, the ball fell to Waghorn at the back post following a long throw and he cleanly struck past Jamie Jones and a crowd of players, via a deflection, to ensure the Rams recorded a point.

It was a much-needed result on the road for the Rams, as they were facing a seventh straight defeat on the road, and the striker believes it’s something that can be built on.

“It is a crucial point, especially with our away from that hasn’t been good of late,” he told RamsTV. “When you concede a goal late like we did, a sloppy second ball, it’s like ‘here we go again, what are we going to do’.

“I have touched on the character and the way we played last week in the difficult circumstances and to come back the way we did - it wasn’t pretty - but we got a point away from home.

“That is something we can build on because we have a lot of good lads in the dressing room that want to work hard.

“The way the young lads, like Jason Knight and Morgan Whittaker, have come in in a difficult situation, they have conduct themselves so well. If we can use this point and build on it going forward then that is the key thing.”

He continued: “Today wasn’t a fantastic performance but in the circumstances it is a key point going forward. We have games coming up at home now that we need to use and get three points against Charlton on Monday night.

“If you go on a little run in this league, nine points in the space of a week and you can get yourself up there.

“At the moment, that’s important for us to get away from the area we are in, because it is not good enough.

“If we can use this point and take the positive, to come back and get the point to give the fans something on Boxing Day for them to make the trip, is brilliant.”

Waghorn’s goal against the Latics was his seventh of the season, which makes him the Rams’ top goalscorer this term.

“I think it went in off the defender, but it was going in,” he commented. “In that situation you have to try and concentrate on getting a clean connection with the ball and make sure you get it on target.

“To come back in the last minute was pleasing because it shows a bit of character and we still are going forwards and have the runners.

“As a striker you feel when something is coming and if you get the ball in the box in the last minute, people panic. You are praying you get an opportunity and thankfully we did.

“To come here in difficult circumstances, it was a good day and a positive point.”