It has been a memorable breakthrough 12 months for 18-year-old Jason Knight, who has worked his way into Phillip Cocu’s starting XI at Derby County on a regular basis, and he is delighted to top that off with a new contract.

The Republic of Ireland Under-21 international has penned a long-term contract extension along with fellow Academy graduate Morgan Whittaker.

Knight started the 2019/20 campaign on a high, coming off the bench in the 2-1 victory over Huddersfield Town to make his senior debut.

Since then, the midfielder has gone to make 10 Sky Bet Championship starts and he has been in the side for the last eight league games in a row.

His energetic and fearless energy on the pitch has helped him to three senior goals already, with his first two coming in the 2-1 victory over Charlton Athletic to end 2019 before backing that up two league games later when he netted in the 2-2 draw against Middlesbrough. 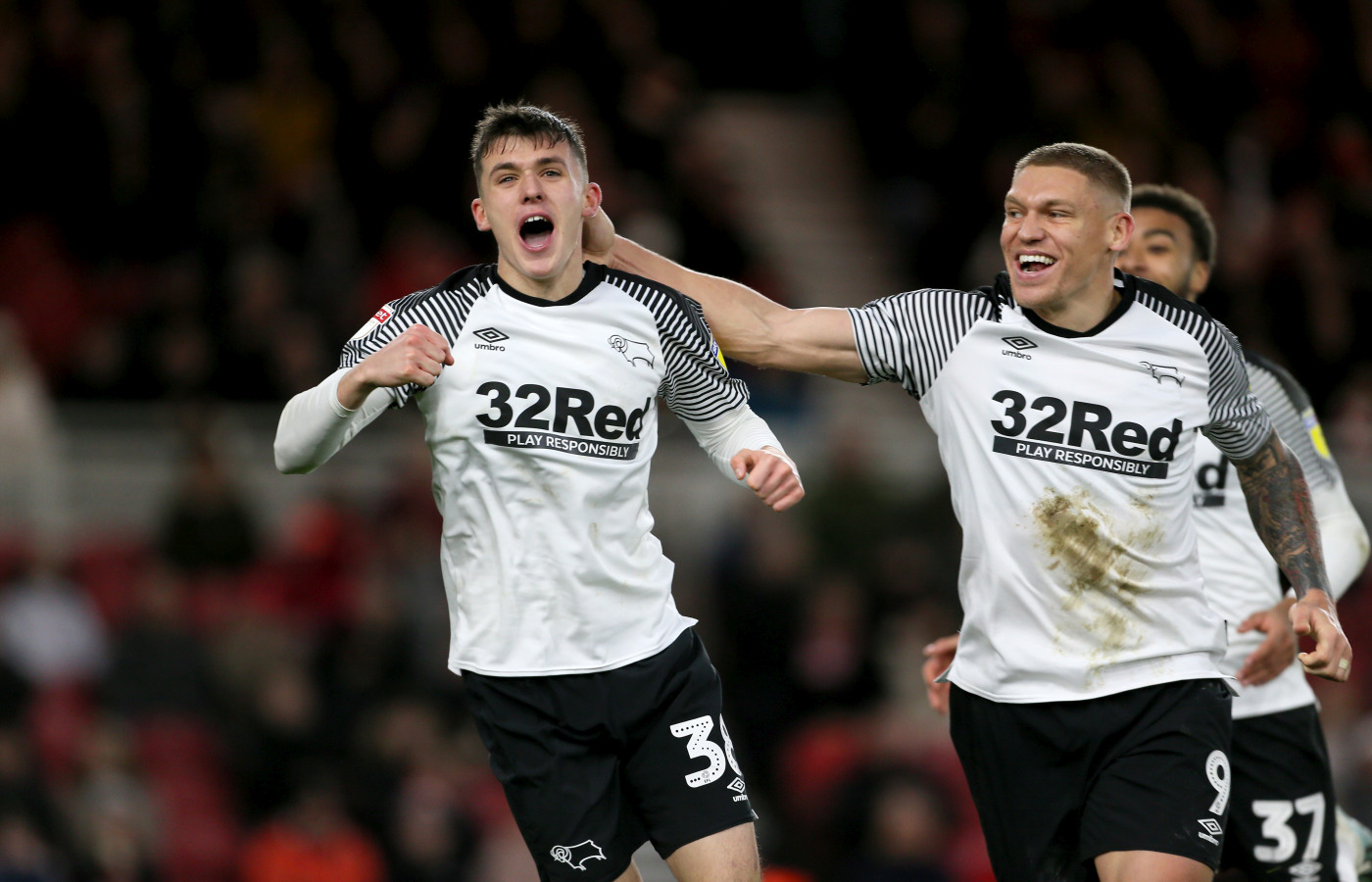 Knight says he is grateful of the faith shown in him and other young players to make the step up and is determined to keep working hard and improving.

“It has been fantastic and to top it off with a new contract is a really good moment for myself,” Knight told RamsTV.

“A lot of it is down to the club showing good faith in the youngsters coming through. It is a big thing having all the players and staff wanting you around the place and to reward you with a new contract is big. It gives you the confidence to go out and perform really well.

Since his arrival at Derby from his home in Ireland, Knight has played a part in huge successes in the Academy, helping the Under-18s to lift the Premier League National Title last season before getting the call that he would be in the matchday squad for the Play-Off Semi-Final Second Leg against Leeds United.

This season, he has been fully integrated with the first team, heading out to their pre-season camp in Florida and kicking on from there.

Knight is not only thankful of the opportunity and wisdom he has gained from Cocu and the staff, but also the senior players in the team.

“The manager has been great, especially with us youngsters,” he said.

“He is really helpful and obviously he is showing that belief and that faith to put us in the team when it has been in difficult times as well. That is a lot of credit that goes down to him for that.

“Being around the first-team can only benefit you and your football maturity as well. You grow up a lot faster being around men and learning the game that way, so I think that has helped me a lot.”

Knight added: “I think we have been blessed with the midfielders that have been in the building. The manager was an excellent midfielder and we have Tom Huddlestone and Wayne Rooney. It is only good for me if I can tap into that and learn little bits from them, it is going to benefit me in the long run.”

Knight is now one who will be looked up to by other Academy players who are pushing to break into the first-team.

He is one of ten Academy products who have made first-team appearances this season with Lee Buchanan, Louie Sibley, Morgan Whittaker all making their senior debuts to join the likes of Jayden Bogle, who has already racked up well over 50 appearances after making his debut last season.

The youngster now hopes that more can follow in his footsteps.

He said: “There have been ups and downs through that path, but it has been a great pathway for me so far. I would encourage a lot of the young lads coming through that there is that pathway there if and if you keep performing and working hard then you will get your chance.

“It Is just a lot of head down, work hard and see where that takes you. Just working hard day-in-day-out and you just have to try and do your best.”

Rams Fall To Luton In 2-1 Defeat