Phillip Cocu has stressed that Derby County cannot rest on their laurels after ending their long search for an away win in the Sky Bet Championship.

Derby claimed their first victory on the road since August with an impressive 3-2 success at Swansea City on Saturday.

Goals from Martyn Waghorn, Duane Holmes and Tom Lawrence handed the Rams three points on the road for just the second time this season.

While Derby boast the second-best home record in the Championship, their away form has held them back in their quest to be competing at the top end of the table.

Cocu’s side are back on the road on Wednesday when they travel south to take on Bristol City at Ashton Gate (7:45pm kick-off).

The Rams’ boss feels his side need to kick on as they look to maintain their fine form since the end of December, which has seen them win seven and draw three of their last 11 games in all competitions.

Speaking to RamsTV, Cocu said: “We have another away game against Bristol City on Wednesday night and it’s good to have a win now away from Pride Park.

“It confirms that we are in a good moment and for the confidence of the team, to go to an away game off the back of a win, we know it’s possible and we know we can’t settle now.

“We need to keep pushing for another good result and we will do that on Wednesday.”

The win at Swansea got Derby’s latest three-game week off to a flying start. 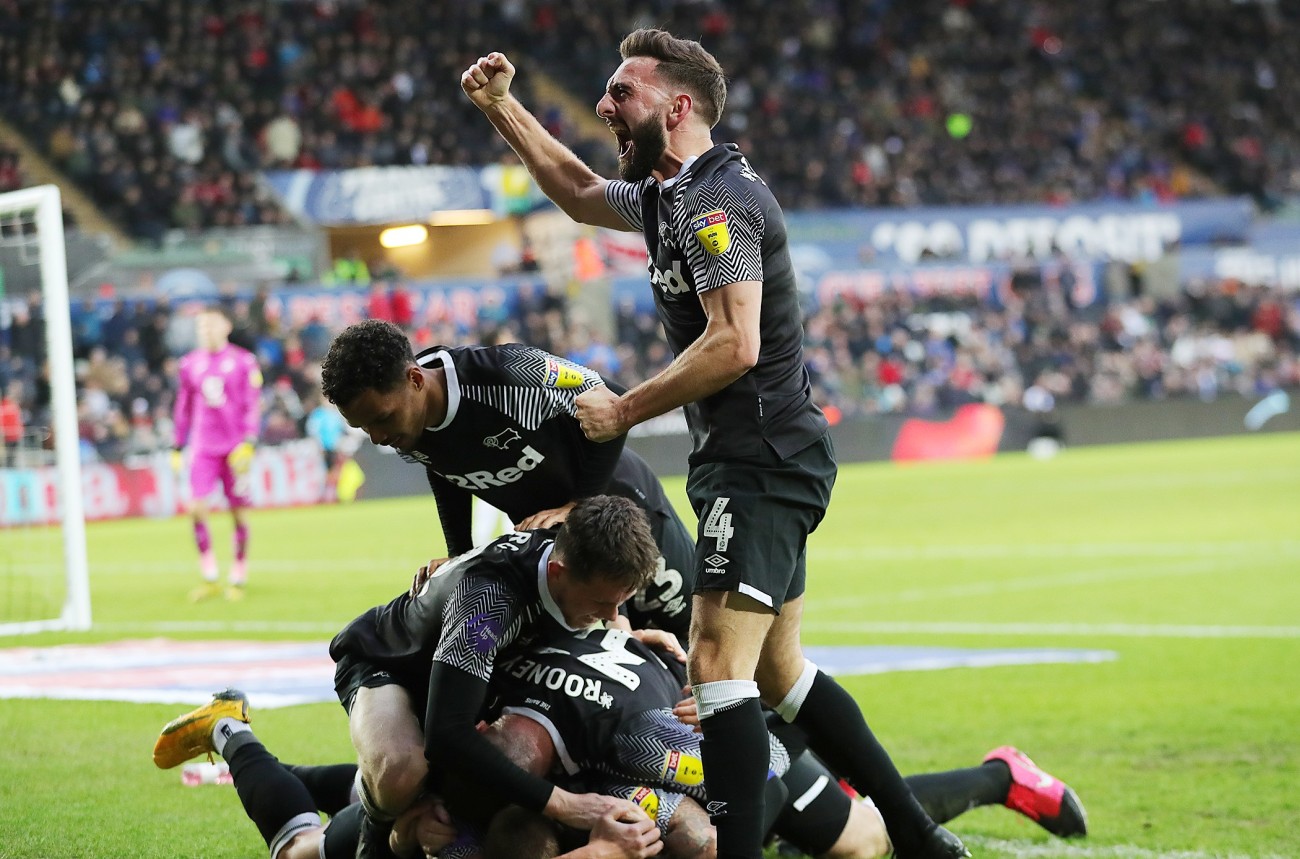 The trip to Bristol City is quickly followed by a home game against Huddersfield Town on Saturday and Cocu is keen to make the most of another big week of Championship action.

He said: “Every game is important now.

“We are working towards the end of the season, so if we want to get close to where we want to be then we need to continue in the positive winning streak.

“It will be difficult, but the ambition is definitely in the team and the staff to try and pull it off.”