Derby County are back in Sky Bet Championship action on Saturday afternoon when they make the long journey to the Liberty Stadium to take on Swansea City (3pm kick-off).

Phillip Cocu's side head into the game off the back of last Friday's 4-0 thrashing of Stoke City in their last league fixture at Pride Park Stadium, as well as the 4-2 midweek Emirates FA Cup Fourth Round replay victory over Northampton Town on home turf.

dcfc.co.uk has gathered all the information you will need ahead of the game.

Manager Phillip Cocu has no fresh injury concerns going into this weekend's game and he could stick with the same XI that defeated Stoke City 4-0 last Friday in their last Championship outing.

The Derby boss made a handful of changes for the midweek FA Cup clash with Northampton but could revert back to the side which performed so impressively against the Potters.

Left-back Max Lowe again misses out as he serves the final game of his three-match ban, following his recent red card in the 3-2 loss at Luton Town

Midfielder Tom Huddlestone is still out with a calf injury but it is hoped he will resume training in the near future after a fortnight out of action.

George Evans is also out with a calf injury but he is stepping up his workload as he edges nearer to a return to full training.

Krystian Bielik remains out of action with a long-term knee injury which he sustained last month.

Speaking to RamsTV ahead of the clash with the Swans, manager Phillip Cocu said: “We have a very busy schedule at the moment, especially in February which is a short month, and a lot of games.

“It is great to play a lot of games, especially in a moment where everyone feels good, are positive and a lot of confidence in the team.

“We face a few difficult away games in the next week, but as a team and as individual players have an excellent team spirit and it is on a very good level right now. We look forward to playing the games.”

He added: “I have all the confidence in the team at the moment.”

More pre-match comments from Derby's manager ahead of Saturday's game can be found across dcfc.co.uk and also on RamsTV..

Tickets for Saturday's Championship clash are still available to buy - with sales concluding at 3pm on Friday afternoon.

The Rams have been allocated 1,032 tickets for this fixture.

Prices are as follows:

The Roadrider will depart from Pride Park Stadium at 8.15am.

Seats are priced as follows:

Matt Donohue will take charge of Saturday's game at the Liberty Stadium.

He has handed out 92 yellow cards from his 23 games across all competitions this season to date, while he has shown four red cards in the current campaign to date.

He will be assisted by Sam Lewis and Robert Hyde on the lines, whilst Scott Jackson has been appointed as the fourth official.

Fans based outside of the UK & Ireland can watch the full match LIVE on RamsTV. 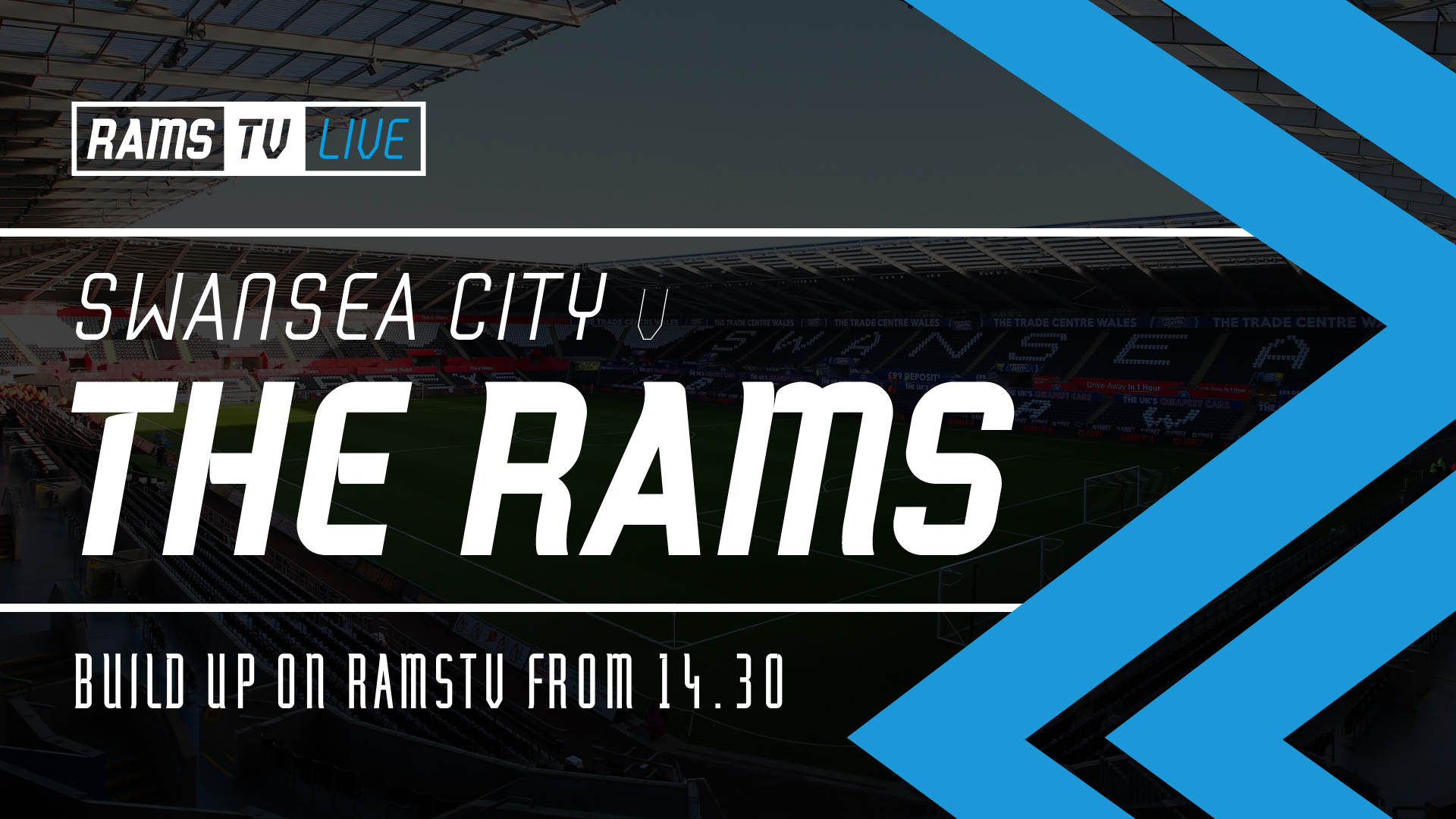 There’ll then be LIVE HD multi-camera coverage, with instant replays and full match commentary for all the action from the clash.