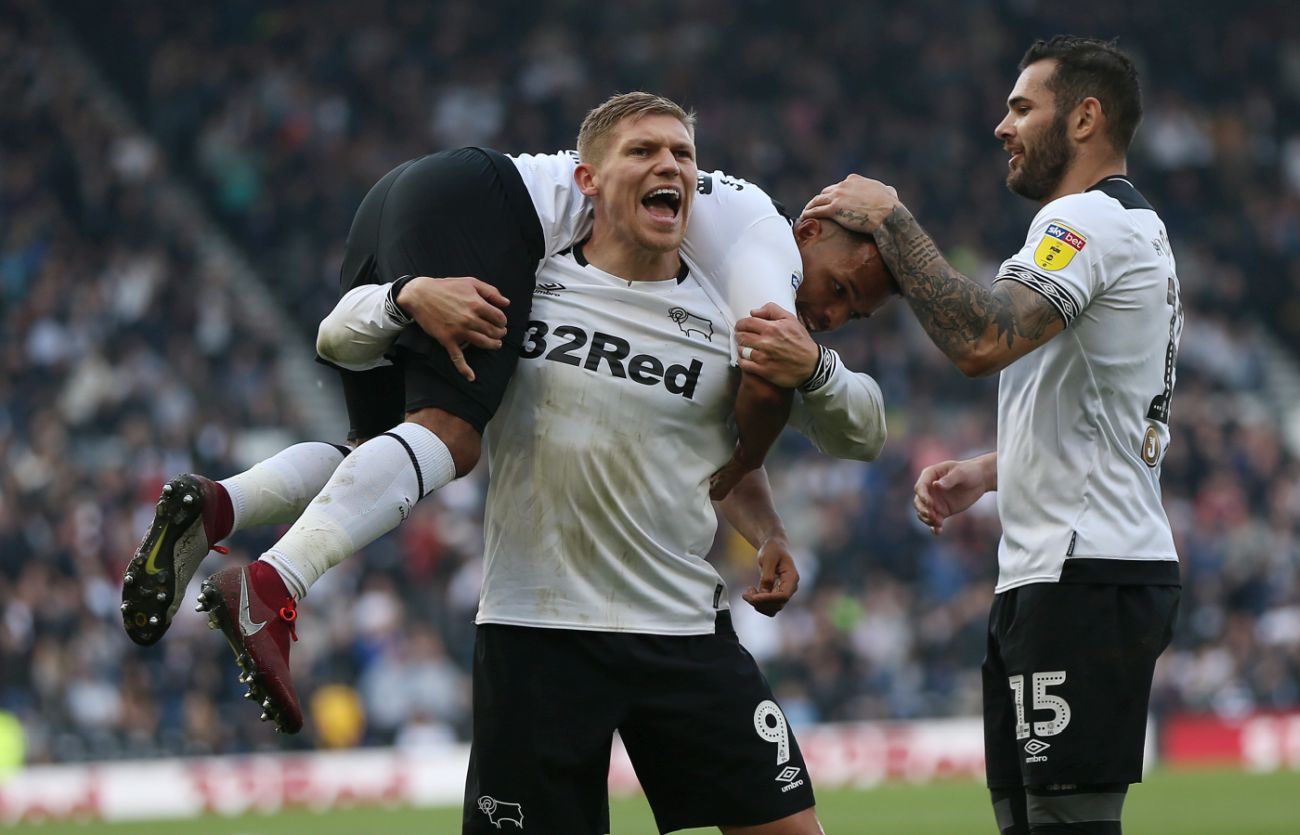 It was one year ago today when Martyn Waghorn threatened Duane Holmes with an F5, a signature wrestling move from WWE wrestler Brock Lesner.

Waghorn, who carries said wrestler’s name as his nickname, coined by Holmes himself, picked him up after the tricky midfielder netted the Rams’ fifth of the afternoon in a convincing 6-1 victory over Rotherham United at Pride Park Stadium.

Frank Lampard’s side turned on the style as they put the Millers to the sword in an impressive attacking display.

Waghorn helped himself to a hat-trick as the Rams turned on the style, while Bradley Johnson, Mason Mount and Holmes also hit the net.

As well as picking up three vital points in the race to finish in the Sky Bet Championship’s play-off places, it was the first time Derby had ever scored six goals in a game at Pride Park.

The Rams’ home opened its doors for the first time in 1997 and despite racking up five goals on several occasions on home turf, perhaps most memorably in the 5-0 trouncing of local rivals Nottingham Forest in 2014, they’d never hit six.

In fact, it was the first time in 23 years Derby had scored six times in any game.

That came in April 1996 as Jim Smith’s Rams hammered Tranmere Rovers 6-2 at the Baseball Ground on their way to promotion to the top flight.

There was a hat-trick hero that day too as Paul Simpson hit a treble, while the other goals came from Darryl Powell, Dean Yates and Dean Sturridge.