Derby County will continue their busy Sky Bet Championship games programme with a trip to Preston North End on Wednesday 1st July (5pm kick-off) to begin another busy week of action on the pitch. 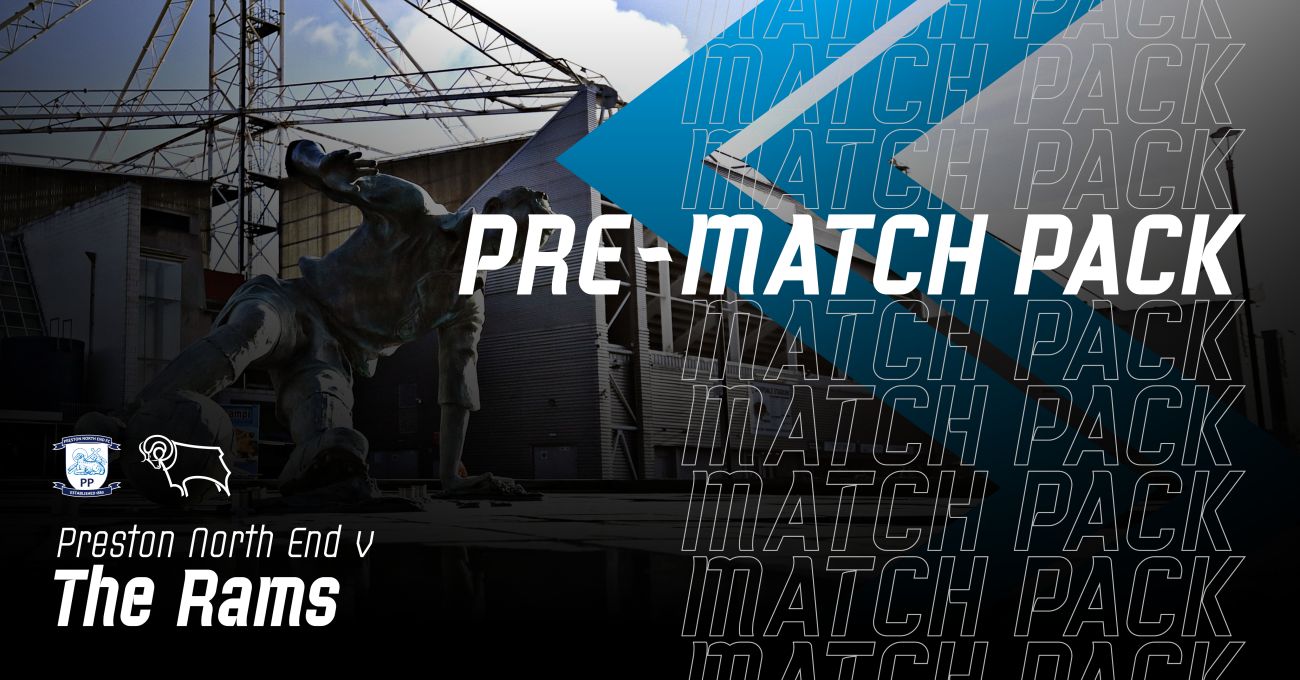 Derby have seven matches left to play in the league campaign and they will be looking to maintain their fine run of form after recording four successive league wins to push themselves into the play-off race.

Both Derby and Preston sit level on points in the Championship table, with 57 points, and dcfc.co.uk has gathered all the information you will need ahead of the trip to Deepdale.

All three matches will be available to watch LIVE on RamsTV via dcfc.co.uk or through the Official Derby County App, but ONLY for Season Ticket Holders who opted for Free RamsTV streaming in the club’s Refund & Exchange Policy because under the terms of the broadcast agreement between the EFL and Sky Sports, pay-per-view streaming is not available to live selections in the UK.

Season Ticket Holders who opted for Free RamsTV streaming are advised to ensure their current details are registered with dcfc.co.uk, and to ensure the following:

Manager Phillip Cocu will be without forward Tom Lawrence as he serves the first game of a three-match ban following his red card at the end of Saturday's 2-1 home win over Reading.

Therefore, Cocu will be forced into at least one change and attcaking midfielders Duane Holmes, Florian Jozefzoon and Jason Knight will be pushing for recalls to the starting line-up.

Defender Andre Wisdom will not be available after he was the victim of an unprovoked assault and robbery at the weekend. He sustained injuries which resulted in him being admitted to hospital.

Striker Jack Marriott is not available as he has a groin injury which has required surgery. He could miss the rest of the season, depending on how his rehabilitation work progresses.

Talks have been ongoing in recent weeks between the club and representatives of Tom Huddlestone. Neither a temporary nor a permanent agreement has been reached to extend his contract beyond the end of June at this time, so he will be unavailable for selection.

Speaking to RamsTV ahead of Wednesday's game, Derby's Head Goalkeeping Coach Shay Given said: “We have some massive games coming up in the next few weeks and it’s against teams around us and that’s great.

“The big games were the ones that I used to enjoy as a player - the bigger the game the better - and the players are really looking forward to the games ahead. They are against teams around us and fighting for top six; we are very much in the mix now.

“I always think these games are better because there is more at stake for either clubs and we feel that our team can rise to the occasion.”

Given added: “The top six will be the top six come the end of the season and if we are in there then that will be absolutely brilliant, and we will have absolutely deserved it.

“We all agree that we had a slow start to the season but from 1st January, we have been top of the form table so we are in really good form. Our mentality is strong and positive, and we are focused on the games coming up.

“They are tough games, but we believe that we have the team in the right balance and hopefully we can get the right results.”

More pre-match comments from Given, and defender Jayden Bogle, can be found across dcfc.co.uk and also on RamsTV.

Jarred Gillett will be the man in the middle at Deepdale on Wednesday.

Gillett, who is from Australia, has overseen 24 games during the 2019/20 season and produced a total of 84 yellow cards and two reds.

His last match in charge of Derby came on Boxing Day as Phillip Cocu's side claimed a 1-1 draw at the DW Stadium, while he also oversaw the 0-0 draw at home to Swansea City back in August.

He will be assisted by Mark Dwyer and James Mainwaring on the lines, whilst Anthony Backhouse has been appointed as the fourth official.