Academy graduate Louie Sibley has become the second youngest and second quickest player to score a hat-trick for Derby County following a superb individual performance at the weekend. 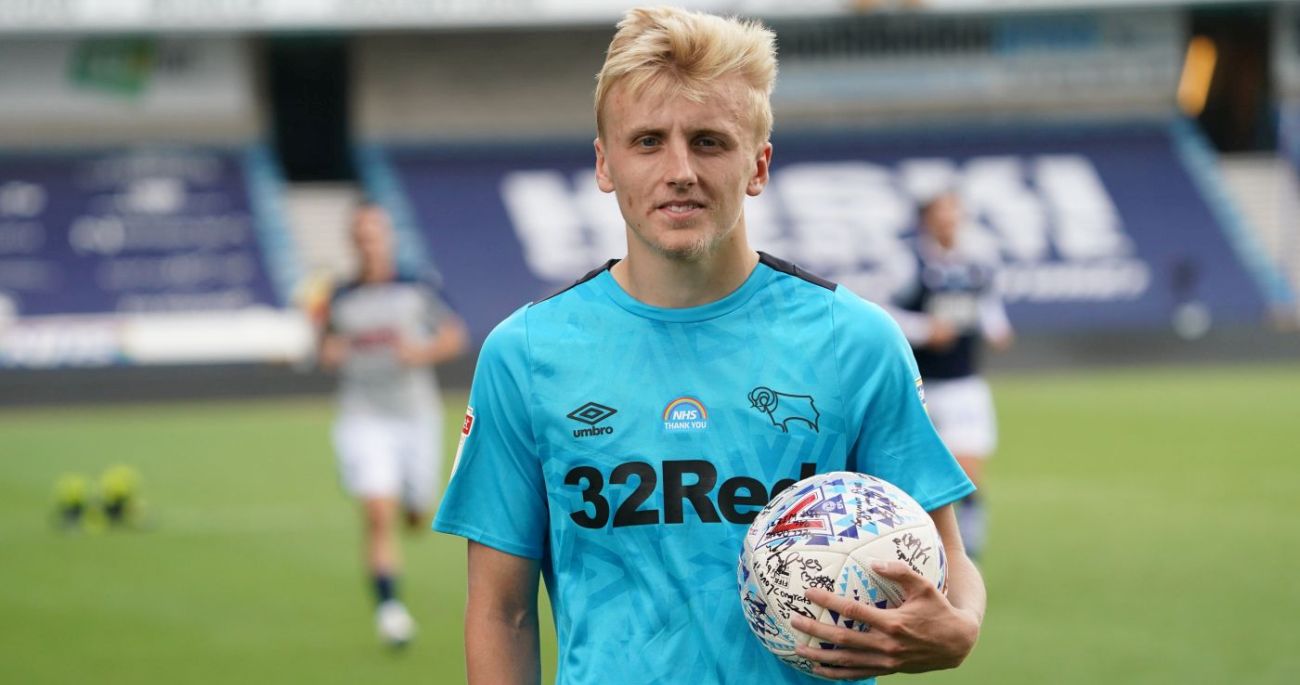 The 18-year-old, who has been with the club since Under-8s, starred as Derby ran out 3-2 winners on Saturday afternoon.

The Academy graduate scored all three of the Rams’ goals at The Den as Phillip Cocu’s side returned to action for the first time since the COVID-19 suspended the 2019/20 Sky Bet Championship season back in March.

And that impressive landmark has placed Sibley second in the all-time Derby County record books in two categories.

He slots in behind Andy Garner as the youngest Derby County player to score a hat-trick.

The attacking midfielder has also moved second behind Edward Garry for the quickest Derby County player to score a hat-trick for the club.

Garry scored three goals on his debut for the Rams against Lincoln City in September 1907, whilst it took Sibley two league starts to score his first hat-trick.

Sibley described Saturday’s hat-trick as a dream, whilst manager Phillip Cocu was keen to highlight his delight at the youngster’s progression over the course of the campaign.

Sibley, who was one of four Academy graduates to feature against Millwall on Saturday, has made nine first-team appearances this season.

He made his professional debut in the Carabao Cup First Round against Scunthorpe United back in August and made his Championship bow as a substitute against Reading in December.