Derby County supporters have selected Ben Hamer’s crucial and matchwinning double-save against Charlton Athletic as the Rams’ Save of the Season Award winner for the 2019/20 season. 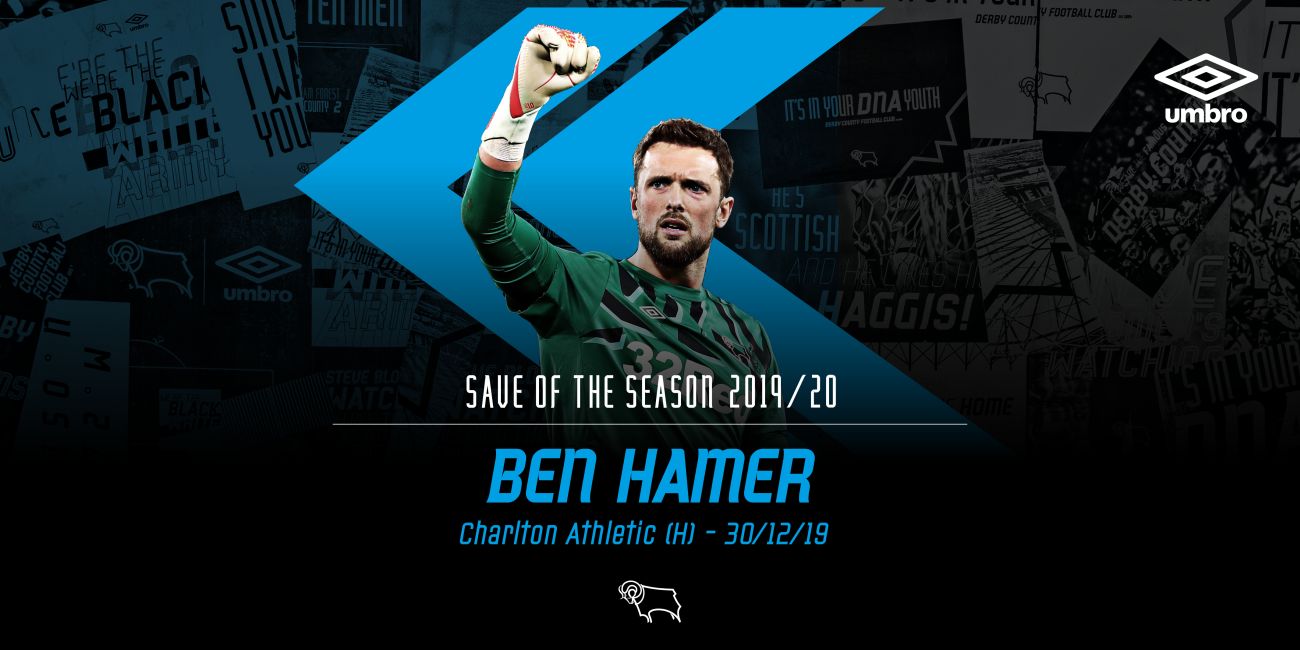 The award, presented by club partner Umbro, was decided by a poll on Derby's official Twitter page over the course of Sunday.

A shortlist of four saves, compiled by the Rams’ Head Goalkeeping Coach Shay Given, was put forward for nomination with Kelle Roos and Hamer having two saves each in the shortlist from the 2019/20 season.

Hamer’s double-stop from Ben Dempsey and Lyle Taylor proved to be vital in the side’s 2-1 home victory over the Addicks back in December and it came out on top in the voting poll.

Derby played most of the game against Charlton with ten men after Kristian Bielik was sent off for a late challenge after just 17 minutes of the contest.

Bielik’s dismissal came shortly after Jason Knight’s opener, who went on to double the Rams’ lead with just over ten minutes remaining.

Lyle Taylor’s penalty, awarded for a handball against Curtis Davies, made Derby sweat before Hamer preserved a much-needed victory over the festive period by denying Dempsey and then Taylor late on.

The Derby County Save of the Season award is presented by club partner Umbro: umbro.co.uk.