It was a proud day for Derby County Academy graduate Max Bird as he led out the Rams for the first time from the start in a penalty shootout victory over Sky Bet League Two side Barrow AFC.

With regular skipper Wayne Rooney unavailable due to injury, Bird donned the captain’s armband as the Rams secured their spot in the Second Round of the Carabao Cup.

The Rams were made to work for their victory as they could not break down a stubborn Bluebirds defence. Phillip Cocu’s men threw everything at Barrow in the final stages, but the game was decided by penalties.

Kelle Roos was the hero, saving three penalties before Morgan Whittaker scored the decisive kick to ensure the Rams progressed to the next round.

“We knew that Barrow would come here and defend deep and we were ready for that,” Bird told RamsTV.

“We knew that we had to try and break them down in different ways whether that was over the top or through the middle.

“We put in some good crosses today but we didn’t really get on the end of them. With the chances we had, we weren’t as clinical as we should have been.

“It is the first game of the season and we learn from that, we adapt and try and put that into place in the next couple of games.

“We have got a lot of work to do on the training ground still, we are still working as a team – there was a new formation today as well.

“We probably made it a bit more difficult that we needed to going on to penalties. In the end, we are thankful to get through.”

And when Whittaker stepped up to take the final spot kick, there was no doubt in the skipper’s mind that he was going to tuck it away.

“I knew Morgs was going to score that,” he said. “He has scored plenty in the academy and when he was going up I knew he would score.

“Credit to him, he came on and made a bit of an impact in the game too."

The Rams start their season at home to Reading in seven days’ time as the new Sky Bet Championship season gets underway.

And with Derby still expecting to welcome back key players to the squad, Bird believes the Rams are heading in the right direction ahead of the new campaign.

“We will be looking forward to getting the season underway, trying to get three points,” Bird commented.

“We played Reading after lockdown as well so we know what they are about a bit. We will look at that, try and take the positives from this game and work on the things we can be improving. We look forward to starting the season in the right way. 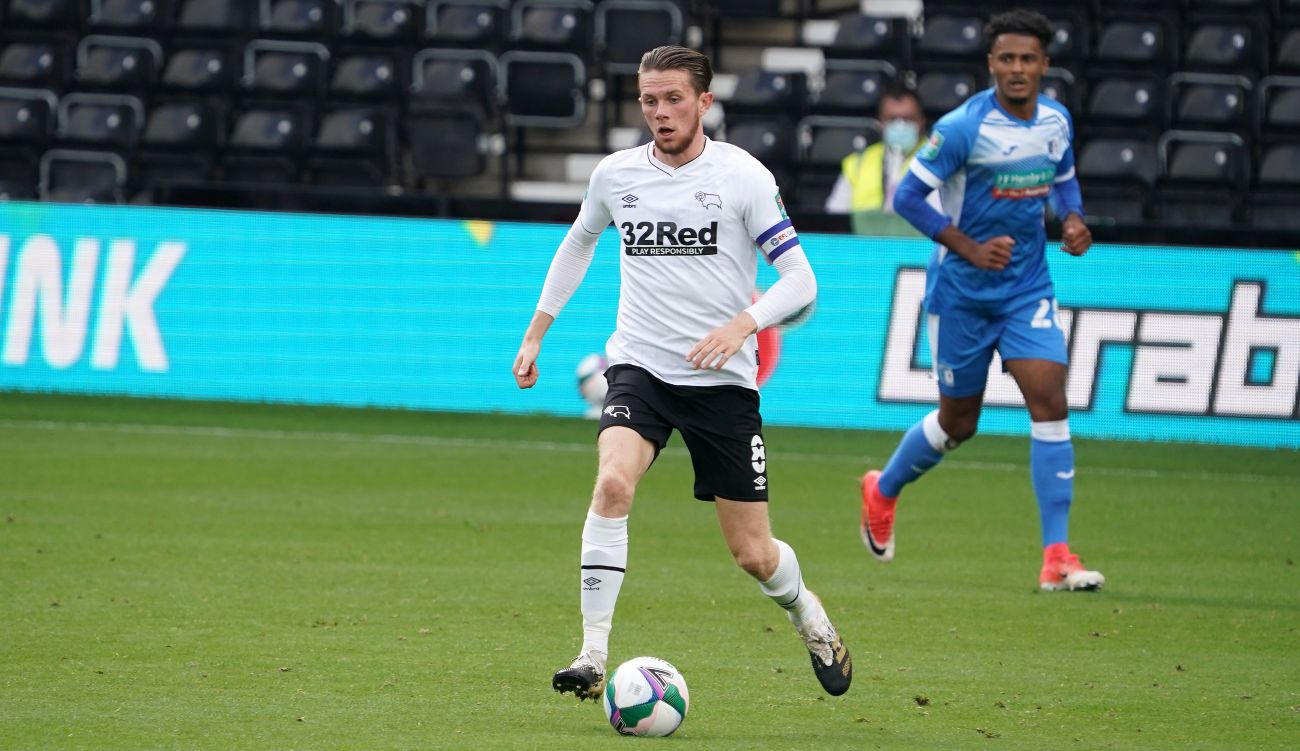 “We have a couple of injuries – Waggy, Rooney, Lawrence – we are looking forward to getting them back in the team. They help us a lot.

“We will wait for them to come back, but for now we have to start the league right and try and get three points with the squad we have.

“We still have a lot of talent in the squad so we look forward to next weekend.”