New recruit Nathan Byrne is excited by the project at Derby County after penning a two-year contract with the club.

The 28-year-old right back will fill the void left by Academy graduate Jayden Bogle, who joined Premier League side Sheffield United earlier this week.

Byrne joins the Rams from recently relegated Wigan Athletic, who fought valiantly to beat the drop from the Championship having been handed a 12-point deduction for going into administration.

The defender contributed seven assists during the 2019/20 season, which was the highest from any full back in the Championship, and scored one goal - which came against Swansea City at the Liberty Stadium.

Byrne, who is experienced at Championship level, cannot wait to get stuck life with the Rams.

“I’m over the moon we could get it done,” he told RamsTV. “When I got told of the interest from Derby, I really wanted it to happen. It is a great club, going in the right direction.

“They push every year and it is a great stadium. I always liked playing here against the club and it is just such a great club. I know the aspirations and belief around the club at the moment.

“I know they have been going through a kind of transition in the past few years from where they were and now it is a lot of young and hungry players coming through, wanting to get to the Premier League and thrive. I want to be a part of that.”

Byrne is the second player the Rams have recruited from Wigan Athletic this summer, with goalkeeper David Marshall also part of the ranks.

“I saw Marshy when I arrived,” he said. “He is a great guy and we got on really well together at Wigan.

“It is always nice to see a familiar face when you go somewhere new. I went into the canteen when everyone was there. They all greeted me really well, so I am looking forward to meeting them all.” 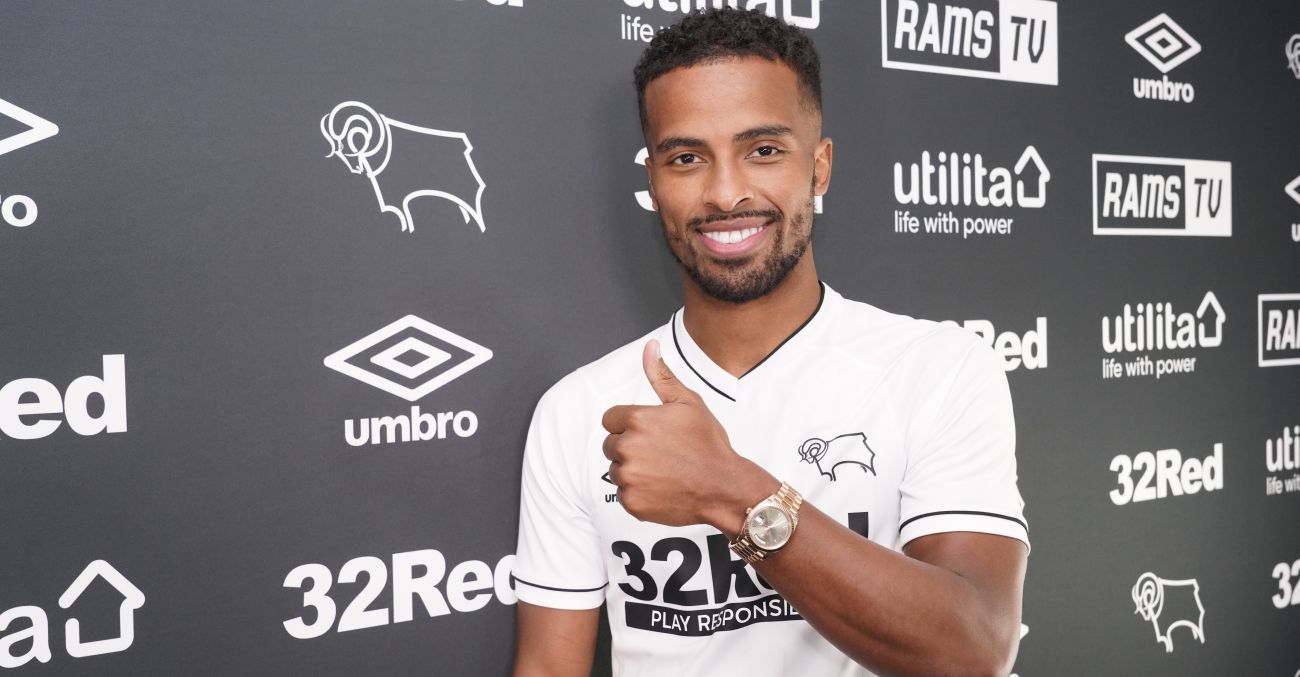 Assists are certainly part of the full-back’s game and it is that attacking threat, as well as his defensive abilities, that have made him stand out from the rest in the division.

He won the Player of the Season award twice whilst with Wigan and he believes he will bring a lot of qualities to the team.

“I’m energetic, hard-working, I like to assist people and keep clean sheets – that’s my game really,” he admitted.

“I like to get up and down the pitch. I am a defender first, but I like to help attacking-wise and help getting goals for the team.”

And he will be available for the season opening clash against Reading at Pride Park Stadium on Saturday, a game he is thoroughly excited for.