Justin Walker has revealed his pride in being offered a coaching role with Phillip Cocu’s backroom staff.

The now-former Derby County Under-18s Head Coach has taken on the role of First Team Development Coach as Cocu strengthened his backroom staff with the addition of Walker and former Rams defender Shane Nicholson last week.

Walker, who had been working in the Rams' Academy for more than 10 years, will be tasked with providing further emphasis on the individual development of Derby’s professional players - while Nicholson has take up the position of First Team Fitness Coach.

Walker is familiar with a number of the Rams’ first team squad already, having worked with several players through the various Academy age groups.

In particular worked with Max Bird, Jason Knight, Louie Sibley, Morgan Whittaker and Lee Buchanan - all of which worked their way into Cocu’s first team plans last term - during the 2018/19 campaign as the Under-18s were named Premier League National Champions.

He also led the Under-19s on their historic European campaign and masterminded wins against FC Minsk, IA Akranes and German giants Borussia Dortmund.

And all that hard work has led to his promotion to work with the senior squad at Derby County and it’s a role he is very excited about.

“It was a real surprise but a privilege at the same time,” Walker told RamsTV’s Academy Review Show. “I have worked here now for 10 years throughout the Academy age groups, starting back with the Under-12s, so it’s been a long road but an enjoyable one.

“I’ve learned a hell of a lot with some great staff and really good people more to the point and now I have been provided with an opportunity to work at senior level.

“It’s a great opportunity for us all to push on. I think it is an amazing message to people within the building, that those opportunities can come to both players and staff.

“It’s great for me on a personal level but the ambitions of players and coaches in the building is really going to tell everyone that the pathway is certainly there.”

Before the COVID-19 outbreak hit, Walker had led the Rams’ Under-18s to fourth in Premier League North in the 2019/20 season. However, owing to the pandemic, the Academy campaign had to be curtailed.

Whilst the 44-year-old was home-schooling his son, Walker received a call from Cocu and was invited to help with the first team for the final five games of the 2019/20 campaign.

His appointment to the first team staff sees him move forward to the senior team, but he has admitted a lot of his emphasis is still on helping Academy players reach the first team squad.

“I see it as trying to bridge the gap for the players and trying to understand at senior level the challenges that are there for the young players,” he said.

“We have always spoken about trying to bridge the gap for many years and having someone that is that go between is good.

“I will be talking to a lot of the Academy players and coaches and try to get a real good feeling and understanding on what those individual needs are in preparation for planning ahead for the first team squad.

“I don’t see it as though I’m leaving, I see it as bridging the gap towards the top end.” 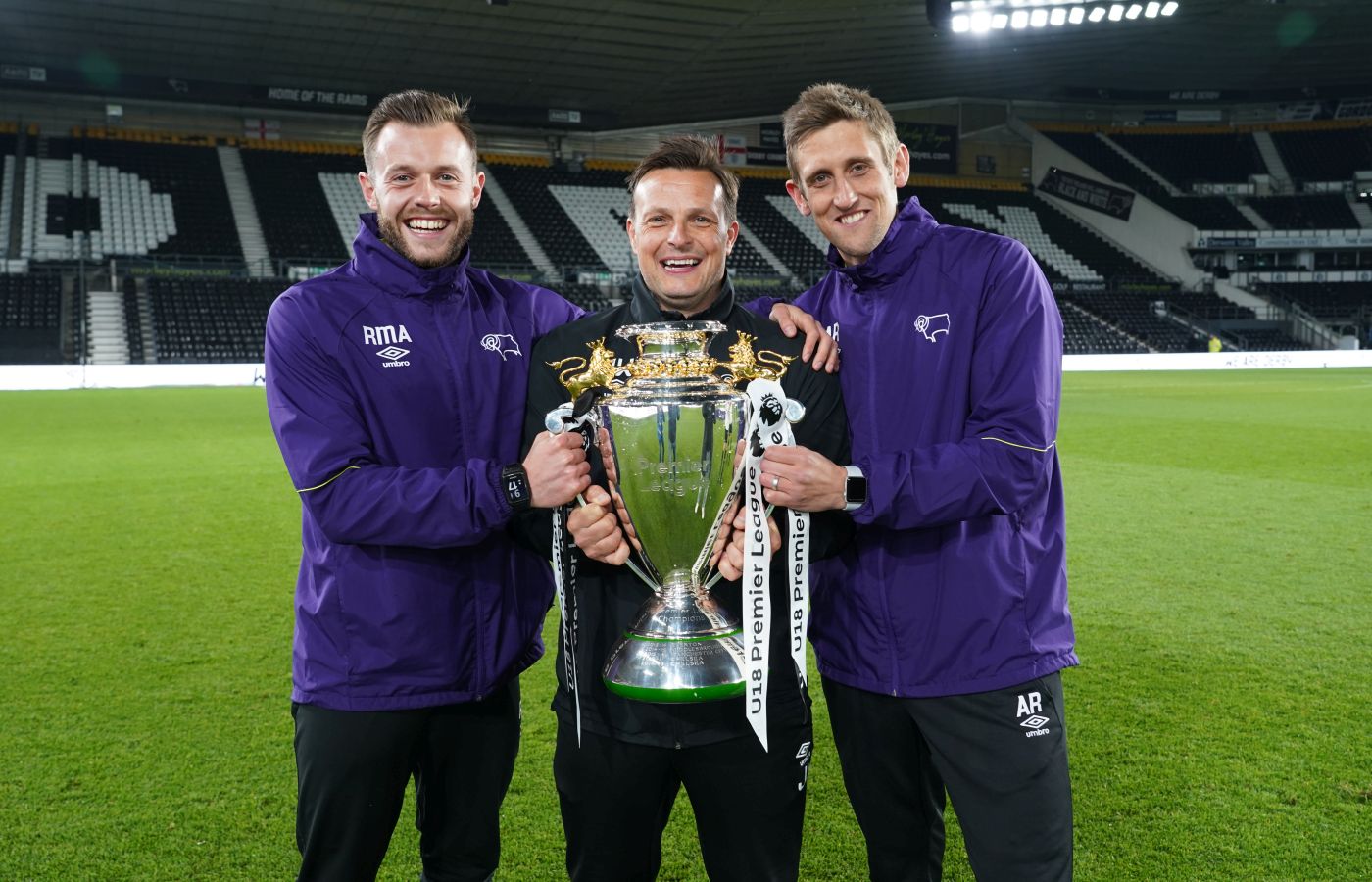 And one thing Walker is particularly excited for is to take advice and to listen to those around him.

“I’m working within a team which is great and I’m settling in to the way the staff work,” he admitted.

“It’s a massive learning curve for me, working at the senior end and also working with senior players as well, so there is loads for me to take home. It’s about two ears and one mouth - and using them wisely.”