Derby County return to Sky Bet Championship action on Friday night when they make the short journey across the East Midlands to take on local rivals Nottingham Forest at the City Ground (7:45pm kick-off).

Phillip Cocu's side have tasted narrow back-to-back 1-0 defeats since the October international break, at home to Watford and away to Huddersfield Town, and will be looking to return to winning ways against their local rivals.

dcfc.co.uk has gathered all the information you will need to know ahead of Derby's clash with the Reds.

Limited coverage is available for this fixture on RamsTV as part of the EFL's broadcast rights.

Friday’s game is only eligible to be live on RamsTV via dcfc.co.uk or through the Official Derby County App, which is available from the Apple App Store and Google Play Store, in Dark Market territories.

As Derby’s trip to the City Ground has been selected for live coverage by the EFL’s broadcast partner Sky Sports, pay-per-view domestic streaming is NOT available. Overseas access, for RamsTV subscribers and pay-per-view, is ONLY available in Dark Market areas.

SEASON TICKET HOLDERS PLEASE NOTE: Under EFL guidelines, away weekend matches (which Friday’s game falls into the category of) are not included in the offer to Season Ticket Holders to watch live matches on RamsTV whilst access to stadiums is restricted.

Here’s all the details you need to know about RamsTV streaming ahead of Friday’s game:

I Live In The United Kingdom – Why Can’t I Purchase A Pay Per View Package?

As stated above, the game has been selected for live coverage by Sky Sports. As a result, the club is not allowed to sell pay-per-view packages domestically under EFL rules.

I Live Overseas But Can’t Buy A Pay Per View Package – Why Not?

As stated above, the game has been selected for live coverage by Sky Sports. As a result, the club is not allowed to sell pay-per-view packages abroad other than to areas which are classed as ‘dark markets’ under EFL rules.

Supporters that live in a dark market area, have watched live match coverage on RamsTV previously and wish to buy pay-per-view access need to login to their account on dcfc.co.uk to purchase the Nottingham Forest fixture.

Please click here to create an account with dcfc.co.uk. Once an account is created, you will be able to purchase pay-per-view access on dcfc.co.uk, as long as you live in a dark market area.

Overseas RamsTV subscribers that have purchased a monthly subscription package for the 2020/21 season will only be able to watch the Nottingham Forest match if they are in one of the Dark Market locations.

Those supporters able to watch on RamsTV are advised to ensure their current details are registered with dcfc.co.uk.

Content will be available from earlier in the day before the RamsTV Matchday Live show begins at 7:15pm, to provide fans with comprehensive and unrivalled coverage.

RamsTV subscribers based outside the UK and Republic of Ireland will be able to watch the entire game from 1am on Saturday as part of their £12.50 per month subscription which can be purchased here.

Phillip Cocu has no fresh injury concerns ahead of the game from Tuesday night’s 1-0 loss at Huddersfield Town.

The Derby boss will be boosted by the return of attacking midfielder Louie Sibley, who has missed the side’s last three matches due to injury.

Striker Martyn Waghorn is in line to start after coming off the bench to get his first minutes of the season against Huddersfield in midweek following a recent a calf injury. 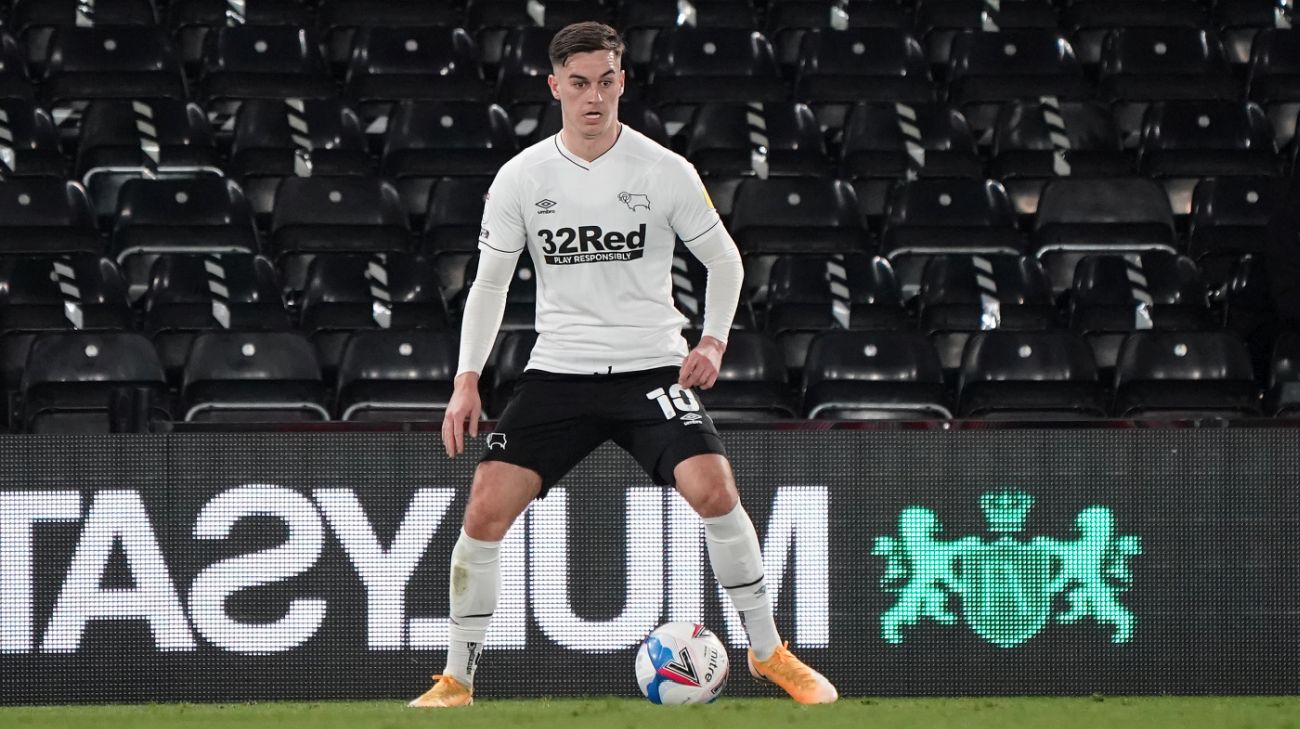 Tom Lawrence, meanwhile, is likely to start again after making his return from a shoulder injury in the recent matches against Watford and Huddersfield.

Skipper Wayne Rooney will be unavailable for selection as he must self-isolate because of encountering an individual that tested positive for COVID-19 last week.

Although the 34-year-old has been tested for the virus himself, with the results coming back negative, he must self-isolate until 29th October.

Jordon Ibe and Krystian Bielik will not feature in the squad as they are due to play for Derby’s Under-23s on Friday against Southampton as they look to step up their sharpness.

Winger Ibe, who joined Derby as a free agent from AFC Bournemouth in September, is building up his sharpness after not playing first-team football for over a year while Polish midfielder Bielik is recovering from a long-term knee injury.

Speaking to RamsTV ahead of Friday's game, Derby boss Phillip Cocu said: “The players know what it means for the club and the fans. There is no doubt that everybody will absolutely be at the top of their game on Friday.

“We always miss the fans and especially for these kinds of matches. We play to win games and to get the support from the fans during them is important. We have loyal fans both at home and away on the road that support us.

“It is completely different if you experience the games we play now with no fans. In those big matches without fans, it is a pity we must do it.

“I think that the players have shown, especially in the last few games, that they are going all the way for the club and the team. That is the way we want to see it and the players will do everything in their power to give the fans something to cheer about on Friday.

“A win would be a big boost for the team. We have to push ourselves to the limit to get the result and that is the only way forward for us - to believe in the team and try to get a win against Forest.”

More pre-match comments from Derby's manager and forward Tom Lawrence can be found across dcfc.co.uk and also on RamsTV.

Tony Harrington will be the man in the middle at the City Ground on Friday evening.

Harrington has taken charge of five matches in the 2020/21 campaign to date, producing 17 yellow cards and no reds.

His last Derby fixture was the 2-2 draw at Barnsley in October 2019.

Harrington will be assisted by Shaun Hudson and Robert Hyde on the lines, whilst Jeremy Simpson has been appointed as the fourth official.