Derby County fell to a 1-0 defeat against Watford at Pride Park Stadium on Friday evening.

A stunning strike by Joao Pedro was the only goal of the game as he rifled into the top corner with 15 minutes left to play after Phillip Cocu’s side had held strong on defence for the majority of the game.

Derby controlled the game well, picking up from where they left off against Norwich City ahead of the international break with a side that had just one change from that 1-0 win with Max Bird replacing Kamil Jozwiak in the starting line, who had been on international duty and started for Poland just two days earlier.

Jason Knight and David Marshall were also back in the starting line-up fresh off their international appearances two nights before, with Knight earning his first senior cap for Republic of Ireland.

Chances midway through the half came for Cocu’s side, the best coming from dangerous crosses from Wayne Rooney moments after he directed a free-kick into the wall from the edge of the box.

The Rams’ captain unleashed a powerful cross that flashed across the dace of the goal with centre-backs George Evans and Curtis Davies at the back post. The latter got to it, but his header was met by the palms of Ben Foster.

With five minutes left to play, Derby had their best chance of the half when Knight picked up a loose ball on the edge of the box with Foster out of his goal.

He fed out to Rooney who picked out Duane Holmes on the opposite side of the box, but he curled his effort just high of the far post.

Meanwhile, Watford struggled to create a clear opportunity in the opening half as the Rams’ defence held strong.

Ten minutes after coming off the bench to make his first appearance since the end of last season when he dislocated his shoulder, Tom Lawrence dribbled in to the middle of the pitch and to the edge of the box where he rifled a low effort on target, but it was a comfortable save for Foster.

However, it was Watford who got the first goal with 15 minutes left to play. Pedro received the ball, turned and fired into the top corner leaving Marshall with no chance.

The Rams looked to show an instant reaction when Lawrence played Rooney through clear on goal to go one-on-one with Foster, but the captain dragged his effort just wide.

Rooney had one final chance in added time when he stepped over a free-kick from 25 yards out.

However, his heroics from the previous game could not be repeated as his effort skimmed just over the bar.

Derby will look to bounce back quickly when they travel to face Huddersfield Town on Tuesday night ahead of another home clash under the lights when they take on Nottingham Forest next Friday evening. 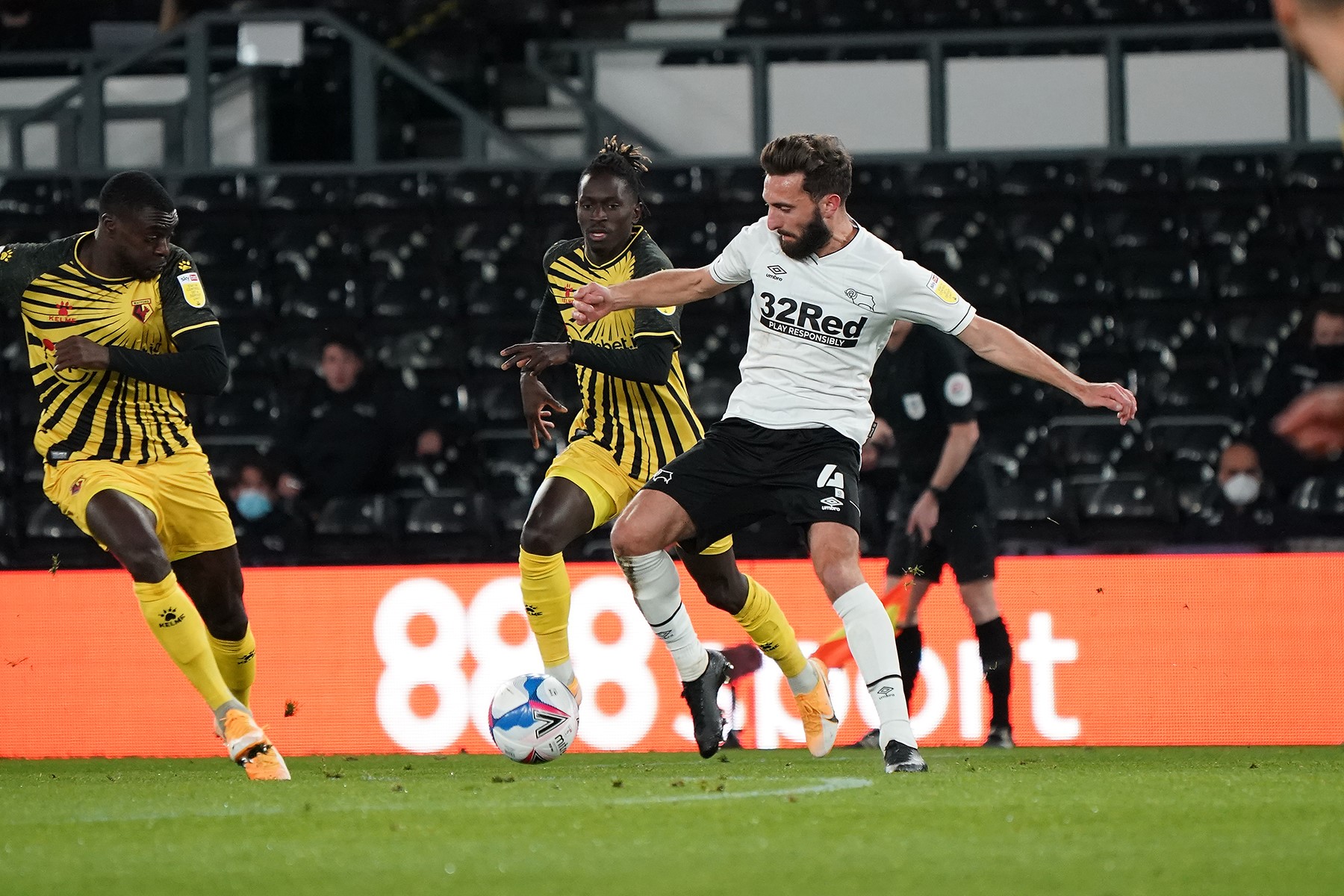