Winger Kamil Jozwiak was delighted to finally open his account for Derby County after finding the back of the net in the 2-0 home victory over Swansea City on Wednesday night.

It was a successful evening for the Polish international, who netted Derby’s second of the evening and his first goal for the club in the Rams’ first home victory of the season.

And it was an assured performance from the Rams which earned them all three points at Pride Park Stadium against the Sky Bet Championship high-flyers.

Colin Kazim-Richards scored early on to put Derby ahead whilst Jozwiak, who had previously seen a goal ruled out against Nottingham Forest earlier in the season, added his first goal in a Rams shirt with powerful finish into the corner.

The Rams defended well in the second half and limited Swansea to few chances and held on to record a valuable three points which takes them to within touching distance of getting out of the bottom three.

It also signalled a run of four consecutive clean sheets and Jozwiak was delighted to play his part.

“Finally we won at home and this is the most important thing,” he told RamsTV.

"I believe the most important thing is we won and now we are happier.

"I think I deserved it a little bit earlier but finally I score and for me it is an amazing moment as it was my first goal for Derby. 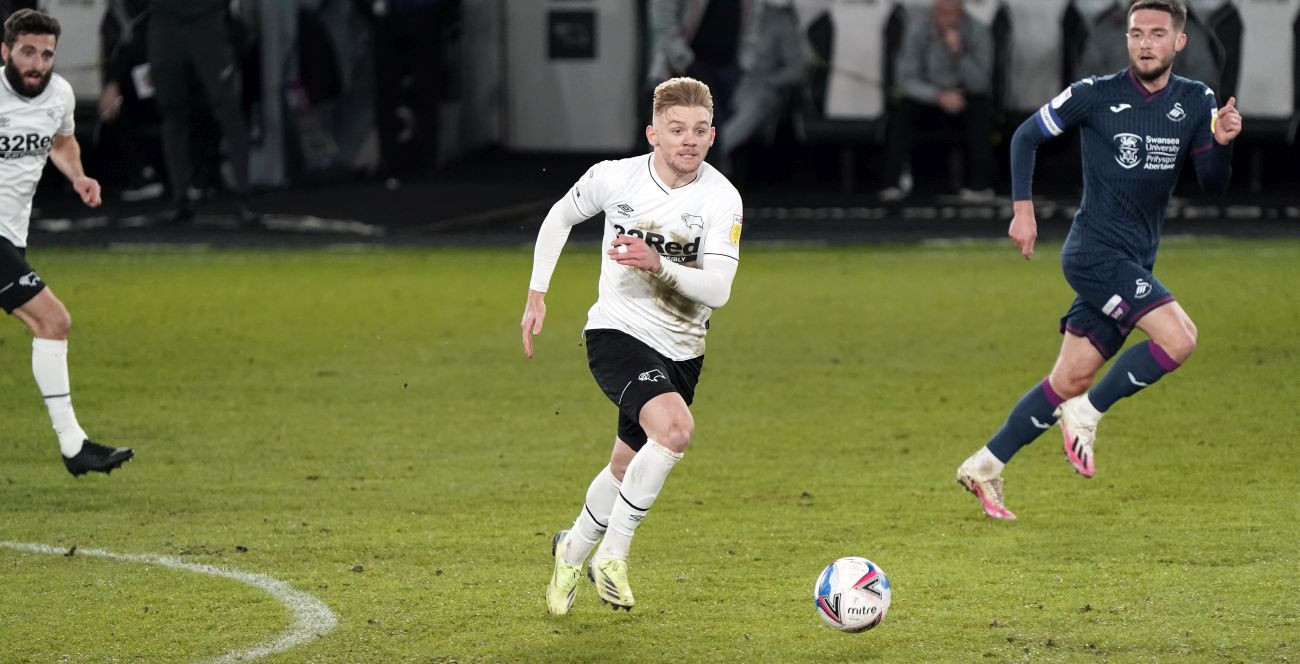 It’s the first time Derby have scored two goals in a game this season and Jozwiak knows the Rams need to keep on improving as they look to climb away from danger.

Derby head north on Saturday to take on Rotherham United (3pm kick-off) and the winger is determined to keep the side's good run going.

“We have to keep this level,” he said. “We had a lot of chances, especially in the first half so that is good for us and we have to keep it up.

“It will be a very important game for us on Saturday against Rotherham because they are so close to us so we have to keep it going and also win that game.”