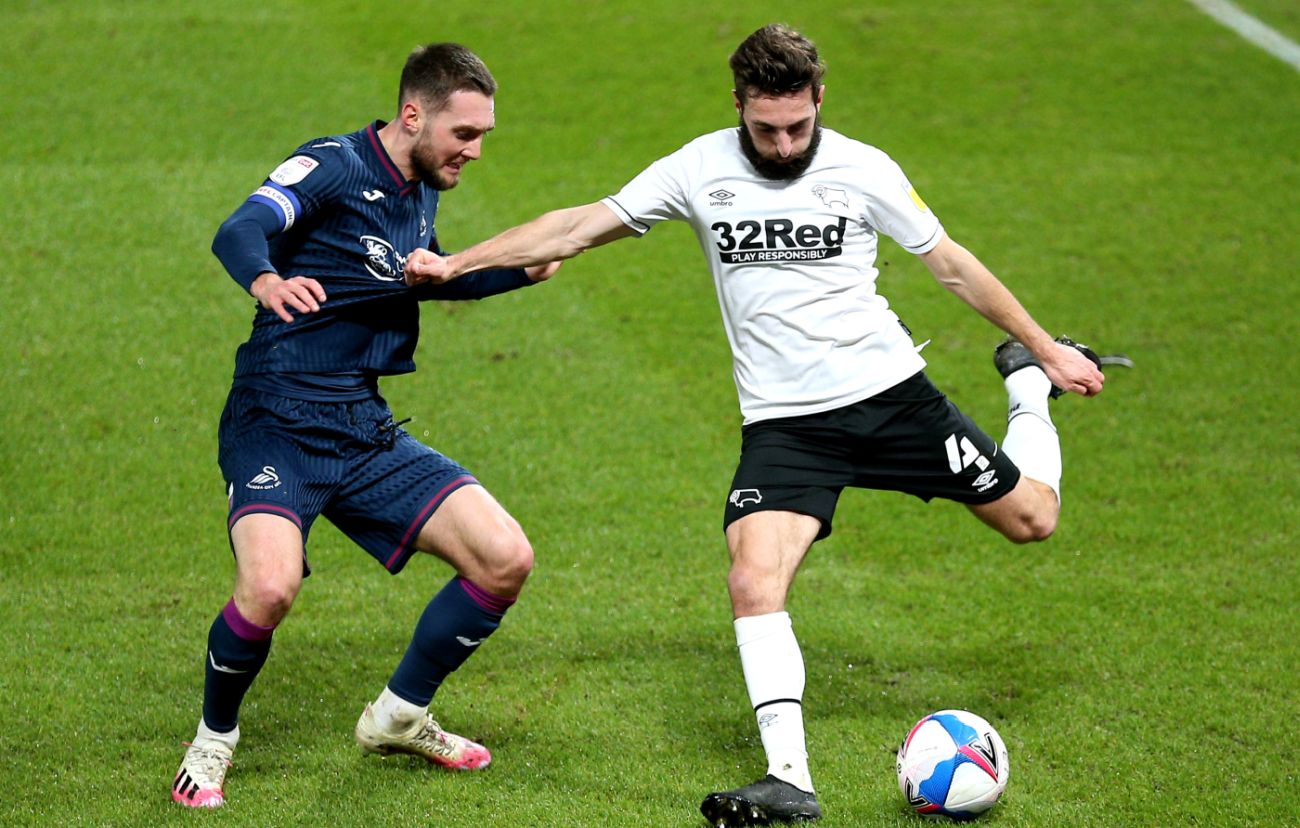 The Scottish international returned to the squad last time out following a one-match suspension after picking up his fifth booking of the season in the goalless draw away to Brentford earlier this month.

He sat out the home fixture against Stoke City as a result but returned to the starting XI for the impressive 2-0 victory over Swansea City at Pride Park Stadium just over a week ago.

However, he, as well as his team-mates, were hit with frustration as Derby’s trip to the New York Stadium to face Rotherham United last Saturday was postponed less than two hours before kick-off due to an outbreak of COVID-19 in the Millers’ squad.

It has allowed the players a chance to rest their legs ahead of the busy festive schedule, which kicks off against the Lilywhites on Boxing Day.

Shinnie knows the Rams will need to be at their best to get a positive result from the game against a side that have the fourth best away record in the league.

Derby have won two and drawn four of their last six games and kept four consecutive clean sheets in the process heading into the game.

“It will be a tough game, it always is,” Shinnie told RamsTV. “Every game in this league is tough, it’s just different games for different teams. Preston are a really good team, with a good manager, and they will be ready too.

“We are six unbeaten and they will want to stop that. They know what we have been doing recently so teams will come up against us now knowing what we are about and what we are trying to do.

“It’s up to us now to continue our form and play to the highest possible standard to win the game.”

Derby’s good form has coincided with the return to action of Krystian Bielik, who has missed the last 10 months of football with a serious knee injury.

Shinnie played alongside the Polish international midfielder for the win against the Swans and knows how much of a difference the former Arsenal player makes to the squad.

“Krystian has been Man of the Match in the last three games; he has been magnificent since he came back in and looks really fit and strong in the team,” Shinnie said.

“To play next to him is massive then you have me and Jason Knight that will go and do the dogged work, try to get the ball back and keep the team driving forwards.

“It’s been a really good mix, we have really enjoyed playing together and the more it continues the more we will get an understanding of each other and keep the momentum going.”

The Scottish international can look forward to Christmas Day at home as Wayne Rooney revealed in his pre-match press conference on Wednesday that he has given the players the day off to spend with their families.

Whilst plans may have been ruined due to circumstances out of their control, Shinnie is hoping to make Christmas a special occasion.

“It’s only going to be my family of four now, there were plans of family coming down from Scotland but that’s all stopped now,” he commented.

“It’s the world we live in and what we have to deal with so we will have a good time together with the four of us. I will have to cook now which will probably be the toughest part! It will be all good.

“Christmas is a big time for everybody. It is really tough on a lot of people but for me personally, I try to stay as positive as I can. I know it is hard, especially with my family here.

“My missus is a home bird so she really loves her family and to be around them at this time of year so to have no one round it will be different, but it is what we have to deal with in this world right now and we will make the most of it.”