Goalkeeper David Marshall believes there will be a reaction from Derby County’s players ahead of tomorrow’s Sky Bet Championship clash against Huddersfield Town at Pride Park Stadium (7pm kick off). 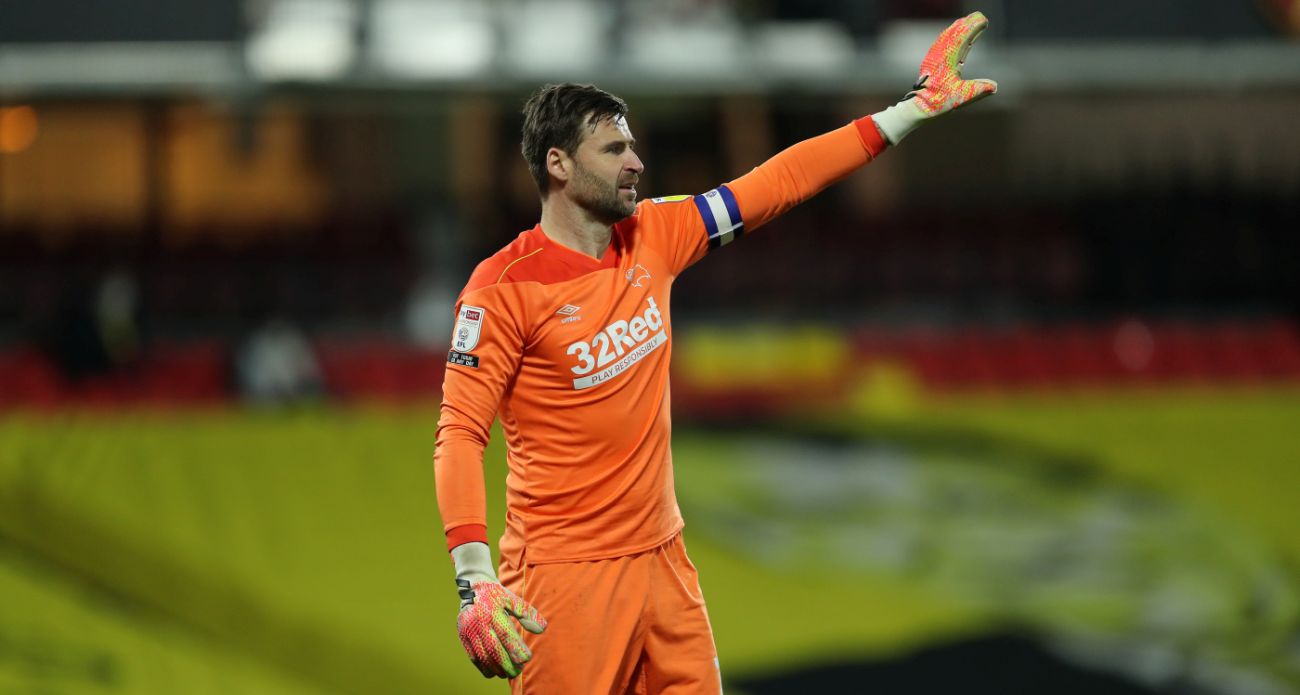 The Rams head into the game on the back of a 2-1 defeat against Watford at Vicarage Road on Friday night.

Two goals in two minutes in the first half saw the Rams chasing the game against the Hornets, but they finished the match against the promotion-chasers strongly.

Nathan Byrne’s excellent right-wing cross forced an own goal to pull a goal back and the Rams ramped up the pressure in the final minutes, but they fell just short.

However, prior to Friday’s result, the Rams had won five of their previous six games and those results had moved them away from danger in the table.

Marshall is confident the result against Watford was just a blip and says everyone is aiming for a strong response against the Terriers.

“We gave ourselves an uphill challenge with conceding two goals really quickly,” Marshall told RamsTV. “We were disappointed with that and we nearly got level towards the end.

“We were also disappointed that Colin Kazim-Richards’ goal was ruled out in the first half (for a foul against Andre Wisdom), but realistically in the first-half we weren’t good enough.

“It was probably a fair result on the night, but if you take our form as a whole since the manager has been in charge, it has been good and top-six form. We just have to carry that on.

“We are looking for a reaction after Friday now. Huddersfield are really close to us in the table and they had a good result against Swansea on Saturday, winning 4-1, and obviously Friday night speaks for itself against Nottingham Forest.

“We have got games against sides in and around us and we have probably been in positions over the last few weeks to pull away from that bottom pack - and it is another good opportunity this week.”

The Rams have usually shown a reaction following a setback since Wayne Rooney’s appointment as manager.

In addition, the 3-0 defeat against Rotherham United at the New York Stadium earlier this month saw the side victorious in back-to-back games against Middlesbrough and Wycombe Wanderers.

“We had a disappointing result with Rotherham at home and after that we won three in a row,” Marshall said. “We had a reaction after we lost again away at Rotherham - and we need another reaction coming up.

“I think we have got eight games on the horizon before the international break in March so it gives us every chance to put a marker down and get us into a place in the league that we want to be.

“We have to continue to get results. Our start to the season was that bad that we still find ourselves in a position near the bottom, but we are moving in the right direction.

“We have a good opportunity in these next few games to put that right and then we can start looking up the table.”