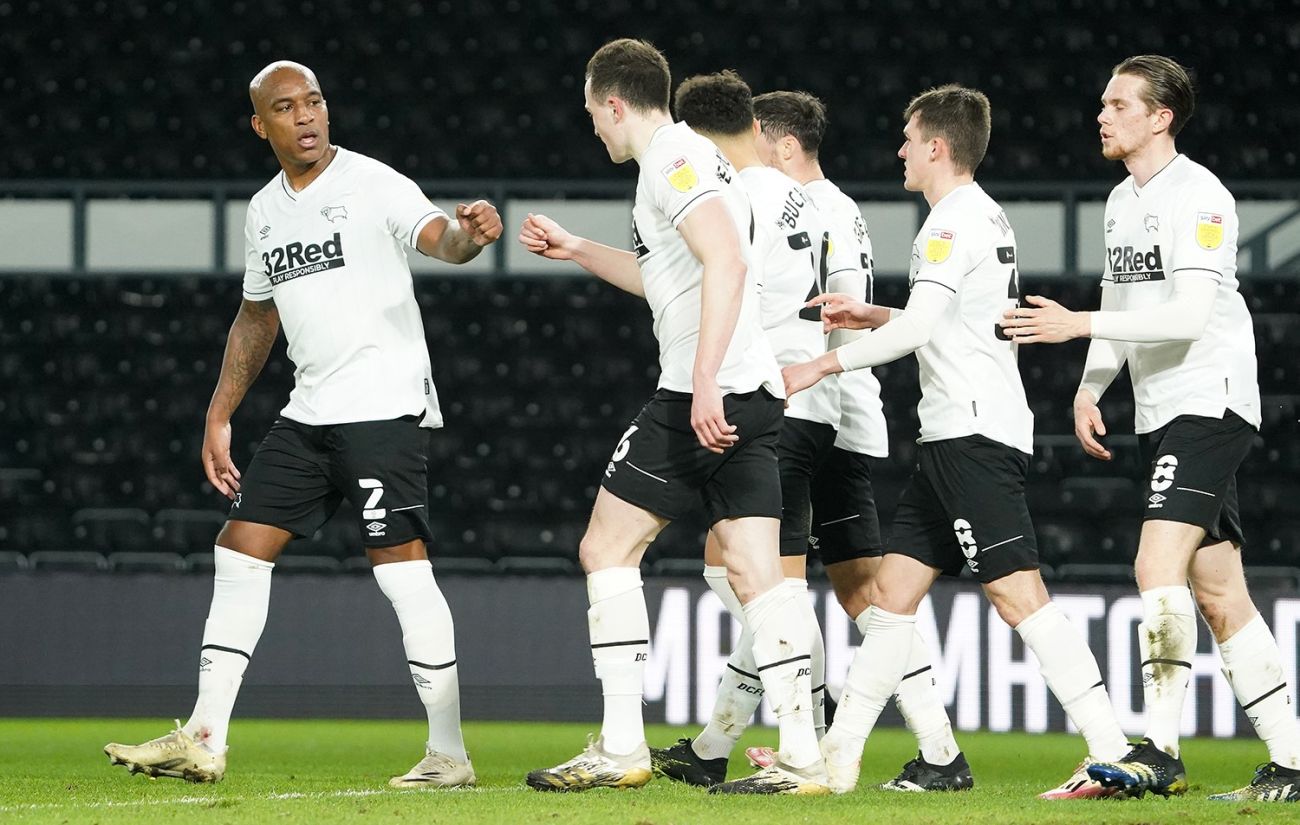 George Edmundson made his home debut for the Rams in style, heading in from close-range in the first half to open the scoring.

Martyn Waghorn found the back of the net for his 100th career goal when he coolly slotted in after latching on to a superb inch-perfect throughball from Colin Kazim-Richards.

Huddersfield Town were reduced to ten men in the dying minutes of the game when substitute Jaden Brown received a second yellow card.

The victory saw the Rams quickly bounce back from their Friday night defeat against Watford and return to their good form since Wayne Rooney took charge and pulled them further away from the bottom of the table. 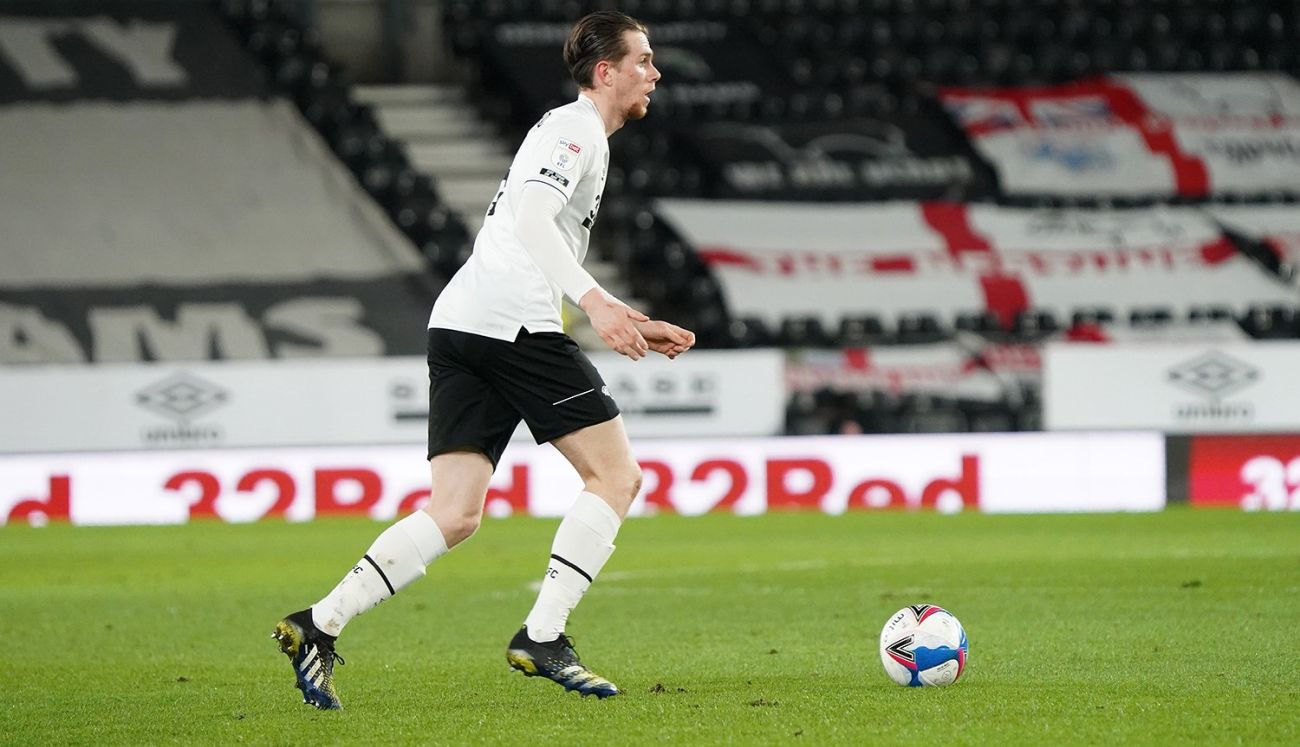 Soon after Nathan Byrne and Jason Knight played a neat one-two down the right side, taking two of the Huddersfield players out of the game before Byrne crossed into the back post. Graeme Shinnie nodded back across goal to and Colin Kazim-Richards headed his effort onto the roof of the net. 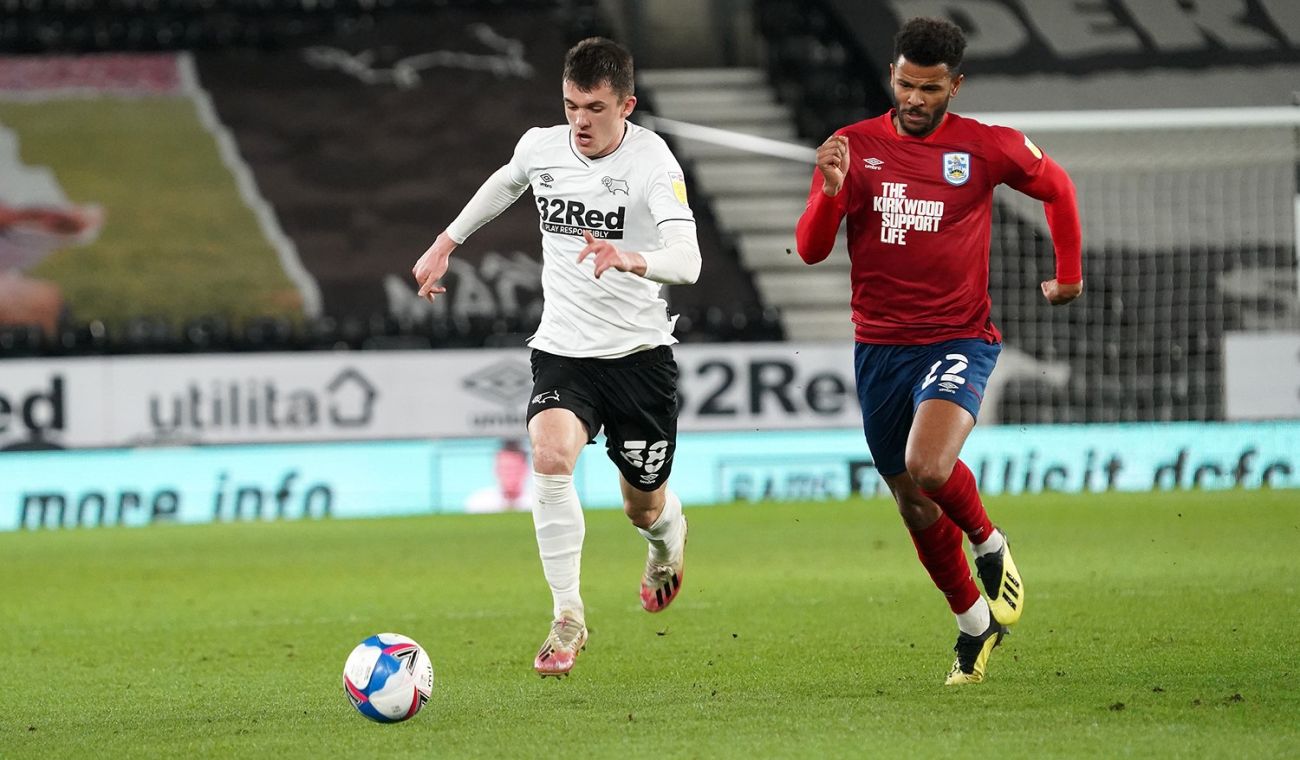 The Rams took the lead in the 22nd minute when Byrne’s initial delivery from a corner was cleared off the line. His second delivery into the box was met bravely by Edmundson who powered his header past Ryan Schofield.

The defender continued to be a threat from set pieces getting his head on a free-kick delivery by Shinnie from the right and diverting it just wide before meeting a corner, again with his head at the back post, but the power of the delivery too much to turn on target within the next ten minutes.

Just ahead of the hour mark, Kazim-Richards picked up a loose ball inside the Terriers’ half and with Schofield well off his line, the striker tried his luck from 40 yards, but it sailed over the cross bar. 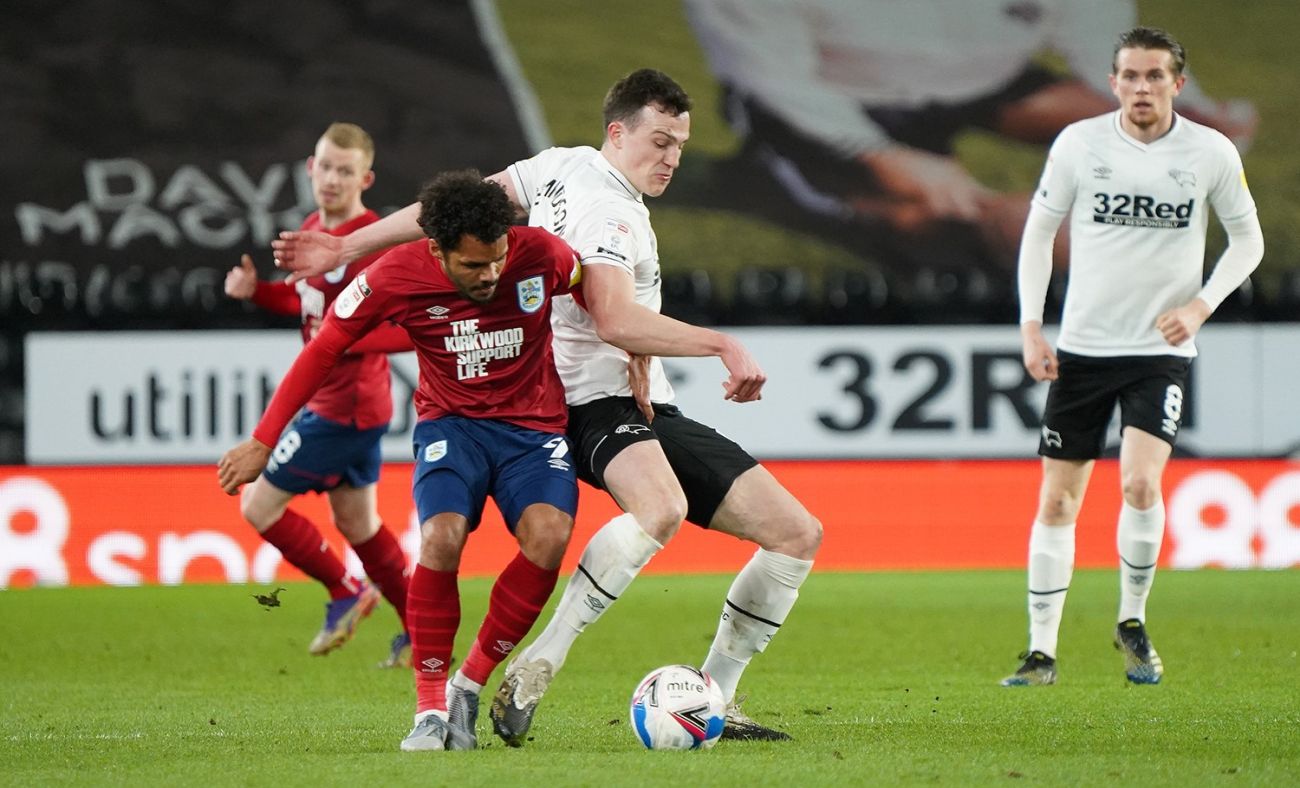 The lead was doubled in the 66th minute in splendid fashion. Kazim-Richards sent a perfectly weighted pass down the middle of the park, slotting between two opposing players to find the feet of Waghorn. The forward picked up the through-ball and bolted forward, kept hold of his footing and with two defenders still playing catch-up, he picked his shot and calmly fired past Schofield.

The Rams looked most likely to score again with Knight being particularly dangerous. He sent in a brilliant cross from the right towards Kazim-Richards with space in the middle of the area. He wasn’t able to meet the shot and it was cleared back out to Kamil Jozwiak, who was unable to get the shot off. 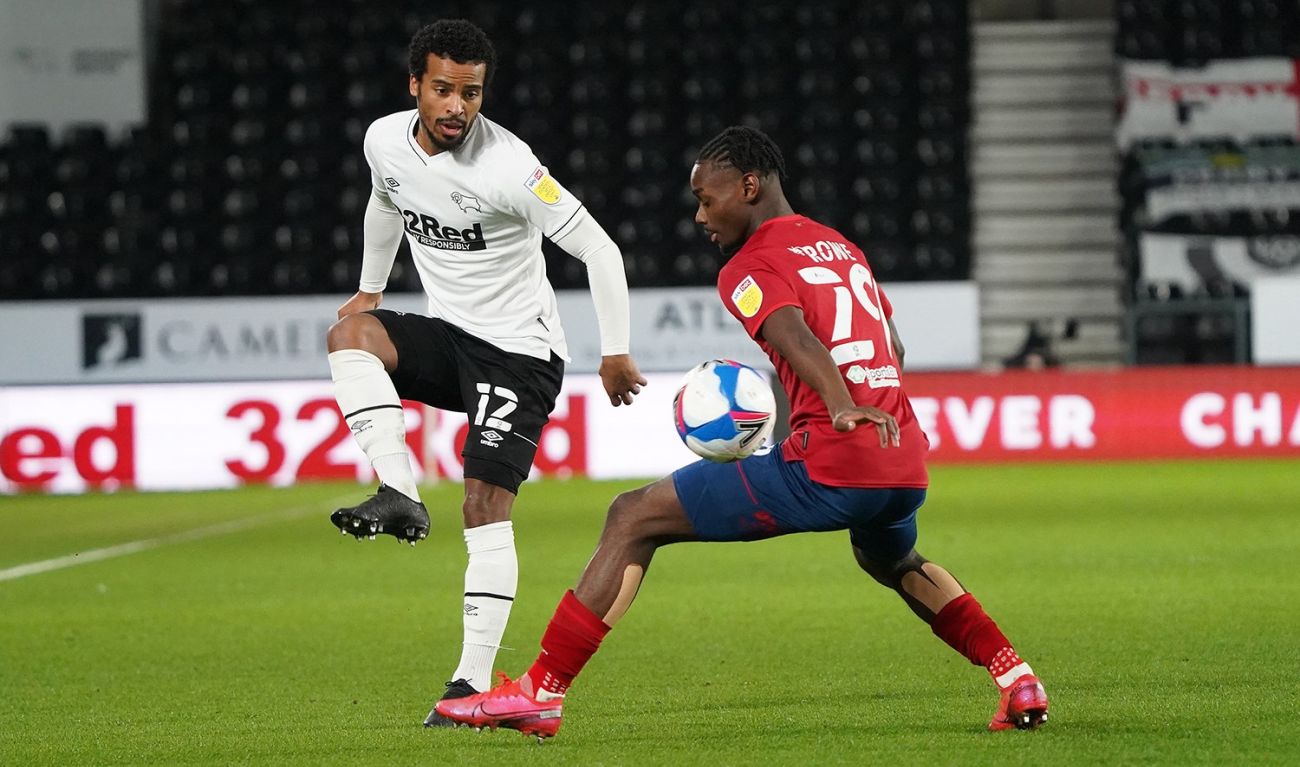 In the 90th minute, Jason Knight was hauled down by Brown as he looked to run through into the area. As Brown was given his marching orders, Waghorn stood over the free-kick. His strike was packed with venom and hurtled towards the top right corner, but Schofield was able to equal his effort. 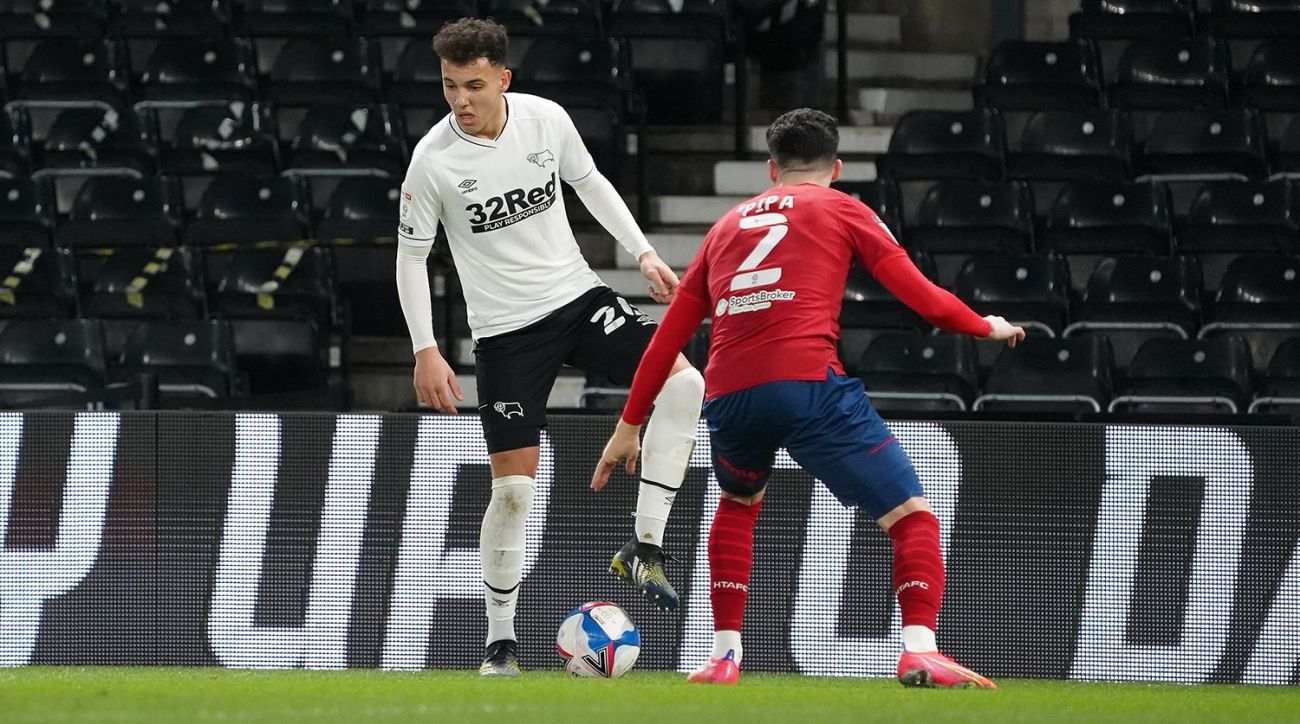 Rooney: “Another Positive Performance - But We Need To Score More Goals”