Perhaps the most influential of all Jim Smith's signings, Stimac joined the Rams in the 1995/96 campaign from Hajduk Split for £1.57 million.

He went on to help Derby gain promotion to the top-flight that season and played a key role in helping to establish the club in the Premier League, as well as quickly becoming a huge favourite with the Rams’ faithful.

Stimac made 93 appearances for Derby before moving on to West Ham United in 1999 before he rounded off his playing career back at Hajduk Split, before taking over as their manager in 2005.

Now 53, Stimac says whenever he makes a visit back to Derby it feels like returning home.

Speaking to RamsTV Meets, he said: “It is a great honour to still be thought of so highly by the club and supporters, even now. I will always have a great relationship with the fans and I feel by giving my heart on the pitch, I won their hearts.

“Whenever I come back to Derby, and I’ve been back several times over the years, it always feels like I am coming back home.

“Many good things happened for me over those four years that I spent at the club. I feel I had many good games at the Baseball Ground and Pride Park and a part of me will always be here.

“I played just under a hundred games, but I guess I came over at a good and important time in the club’s history. We were ready to create our own history and I wanted to be part of something historic.”

On the manager that brought him to the club, who sadly passed away last year, Stimac added: “Jim was great. He knew what to do, how to do it and when to do it when it came to pushing players forward.

“He had such a good eye for a player and also the ability to manage the team so well.” 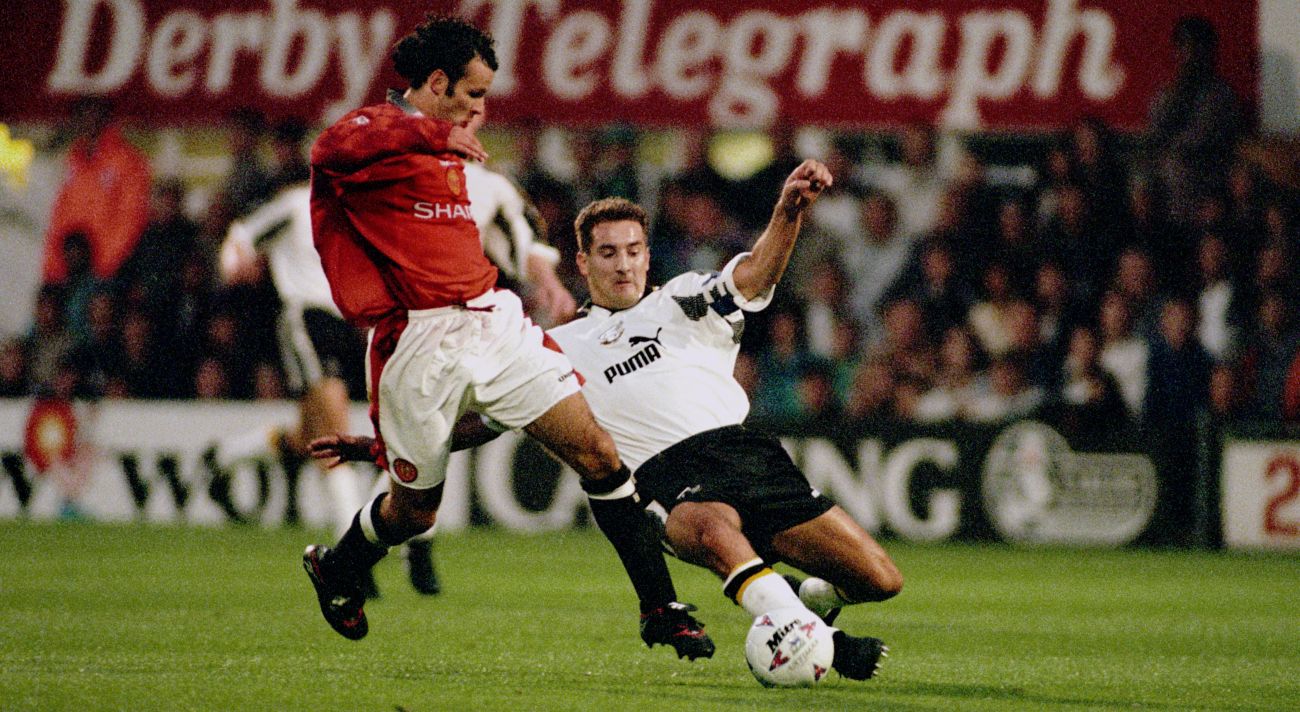 When Stimac joined Derby in the Autumn on 1995, a rise to the top-flight didn’t appear to be on the horizon.

However, a memorable first season in English football was crowned with automatic promotion at the end of the campaign.

“When I arrived, in the end of October 1995, we weren’t in a great position in the league table and the club had been through a long spell outside the top-flight,” Stimac explained.

“I was a bit worried when I joined; I was playing for the Croatia national side and it was a bit of a gamble to come to a team in the First Division.

“I always wanted to come to England, I was in love with how English football was played and was desperate to experience it all, and I didn’t need to have worried in the end as we had a wonderful journey together.”

Stimac’s Derby debut came in a 5-1 defeat at Tranmere Rovers soon after his signing and it proved to be a watershed moment.

A change of formation, along with an upturn in performance levels, quickly saw the Rams become a serious promotion contender.

He said: “I didn’t get off to the best start, losing 5-1 at Tranmere Rovers, but from that point we did really well and went on a wonderful run. I remember I sat down with Jim Smith after Tranmere and we spoke about needing to change something.

“I asked Jim if he could play me in my natural position as a sweeper. From that point, the team went something like 20 matches without a defeat. Everything changed and suddenly we were in such a good place to get promoted to the Premiership.”

As well as being part of history on the pitch during his time with Derby, Stimac played his part off the pitch too.

In the summer of 1997, Derby moved from the Baseball Ground to Pride Park Stadium.

Being part of the opening ceremony, and the evolution of the club off the pitch as a result of promotion, holds a special place in his heart.

“The opening of Pride Park Stadium was a big, big day and we were all so excited,” he said.

“That day was another step along the way of our journey and the Queen came to open our new ground.

“We had stayed in the Premiership in our final year at the Baseball Ground and that set us up perfectly for the move to our new home.

“I don’t have much, or any, football memorabilia in my home in Croatia but I still have that picture of the opening of Pride Park. It’s the only thing in the home which connects my home life to football.”

Igor Stimac’s interview looking back on his playing career is well worth watching, about Derby’s promotion to the top-flight under Jim Smith, and you can catch it all in the RamsTV videos embedded in this article.