Deadline day signing Patrick Roberts admitted the persuasion of working under Derby County boss Wayne Rooney was too good to turn down after joining on loan from Premier League side Manchester City for the remainder of the 2020/21 campaign.

The winger, who joined City in 2014 for a reported fee of around £12 million, spent the first half of the season on loan with fellow Sky Bet Championship side Middlesbrough, but found opportunities in their limited in recent weeks.

He played 10 times in all competitions, which included 63 minutes against the Rams back in November, for the Teesside outfit and clause in the loan agreement meant he could look for other options should it present itself in January.

Derby registered their interest and managed to get the deal done on the final day of the mid-season Transfer Window. Roberts revealed that it was a personal chat with Rooney which helped force the move to Pride Park Stadium.

“I spoke to the manager over the phone and he was positive about me and positive about Derby having taken over for the first time in his management career,” he told RamsTV.

“He spoke highly and wanted me to just come and enjoy it, do well for myself and do well for Derby as well.

“At Middlesbrough, I was struggling to play and being on loan I had the option to look at things in January if it wasn’t going how I expected.

“I got a message about Derby and I just wanted to play football again. I spoke to the manager and there was only one place I wanted to come.”

Roberts started his playing career with Premier League side Fulham and made his breakthrough at the age of 17. After joining Manchester City, he has enjoyed loan moves away from the club, notably north of the border with Celtic.

He won major awards in Scotland, winning the Scottish Premier League, Scottish FA Cup and Scottish League Cup, before a spell at Spanish side Girona in La Liga. 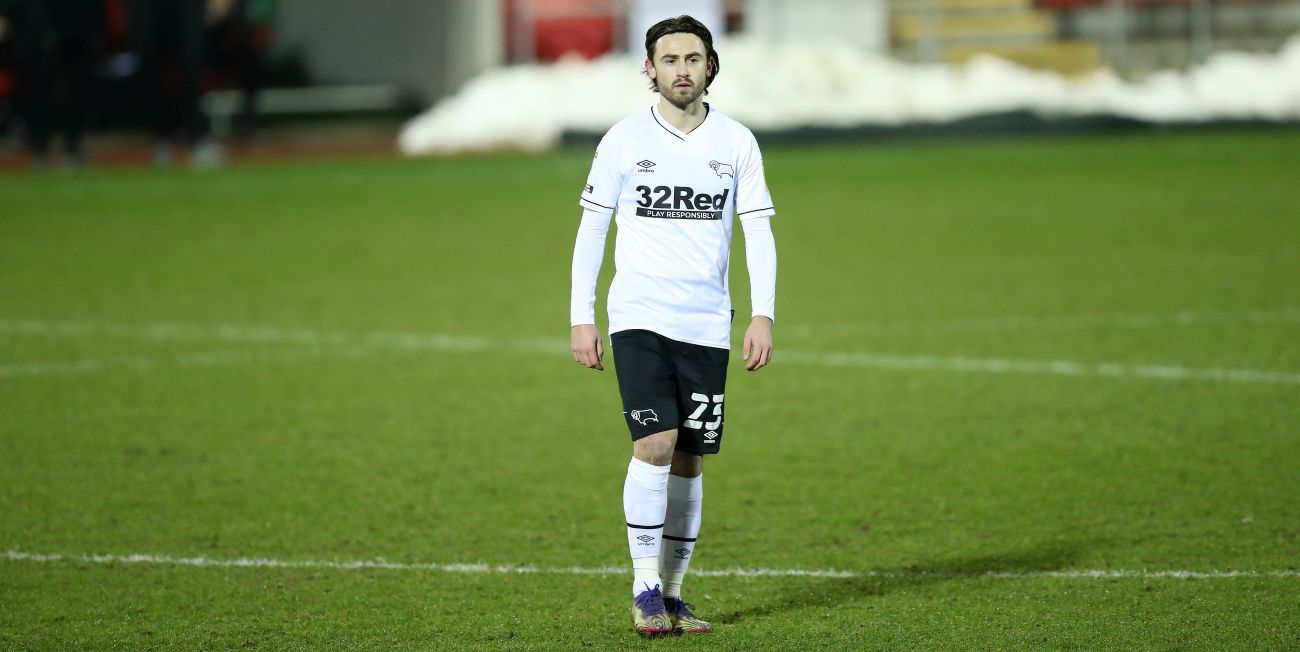 He enjoyed a taste of the Premier League with Norwich City last season before spending time on loan with Boro during 2020 and Roberts believes he can make an impact with Derby.

Roberts came off the bench in the midweek defeat at Rotherham to make his Rams bow although he hadn’t managed a training session with his new team-mates.

“I am 24, but I feel like I have been around ages,” he admitted. “It is good, it’s a young squad so I can bring that experience with me. Playing those games you learn what football is about and how to handle games.

“I have been in the Championship for the last year, so I know how it is and I will bring that to the team. I know a few of the lads already as well.”

He added: “Training here is very intense, very positive and fun. It’s everything a player can ask for going to a new club, so I am enjoying it and looking forward to the game tomorrow.”