Striker Lee Gregory believes the recent international break came at the right time for Derby County as they prepare for two fixtures over the Easter weekend. 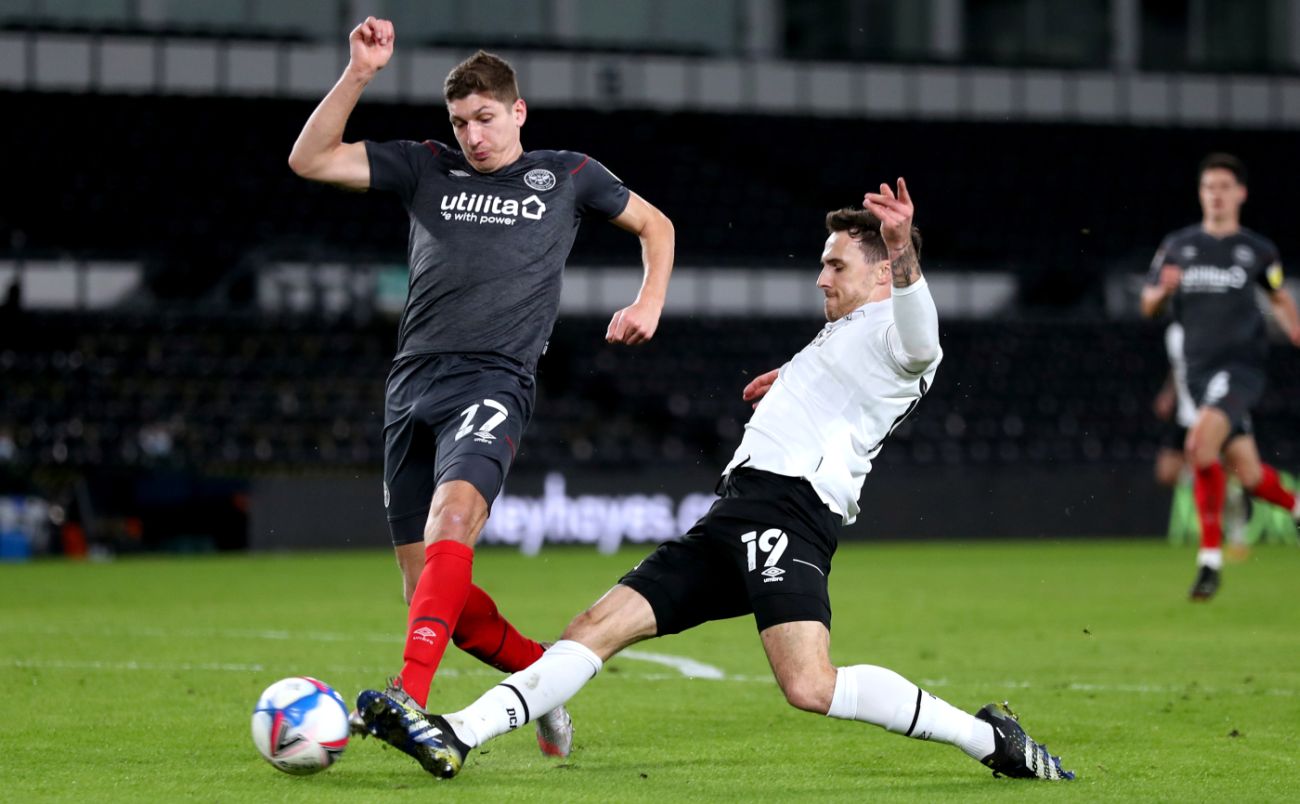 Following the last international period in November, the games came at a relentless pace with back-to-back weekend and midweek fixtures dominating the schedule.

There were 27 league games in total to contend with between the breaks, with the Rams hitting form under manager Wayne Rooney to move away from the relegation places, despite less time to work on the training ground.

Before March, Derby had won nine of their league games, losing only five since he took charge, but a dip in form in March has seen the Rams look over their shoulders once again.

However, with time to rest tired bodies due to fixture congestion and the opportunity to work on the intricate details on the training ground, Gregory, who is on loan from fellow Championship side Stoke City, believes the Rams have benefited from extended break.

“When you go from game to game to game, it is nice to get a rest,” he told RamsTV. “I think in the last few matches before the break we looked a bit tired, so I think this rest has done us good.

“It is just a fact of playing too many games. We have not got the biggest squad and other teams in this league have got bigger squads and they can rotate their players.

“We have been working on some stuff and working towards the next games. We have been able to do some stuff we don’t usually get to do because the games come so thick and fast.

“It has been nice to actually focus on a match. We have had the time to do that and hopefully it will work well.

“I think the break will have done us good and we are ready to go again on Friday.”

In recent seasons, Gregory has been with sides that are fighting for something at the end of the season. At Millwall, he fought for promotion to League One, fought to stay in the Championship and then fought for a place in the Play-Off places.

Whilst at Stoke, Gregory helped them stay in the Championship last season after Michael O’Neill took over from Nathan Jones, who is now Luton Town’s manager and the opposition at Pride Park Stadium on Easter Friday (3pm kick off).

Derby will then head to promotion hopefuls Reading on Easter Monday (3pm kick-off).

The striker knows that the final eight games are going to be huge and it’s about getting results and points on the board.

“I play every game as being meaningful, but we know what is at stake,” he said. “We have got these eight games left and they are massive games.

“We are taking each game as it comes, but I am hoping a bit of experience it will hopefully help.