Defender Craig Forsyth was happy to take a point from Oakwell as Derby County and Barnsley played out a goalless draw on Wednesday night. 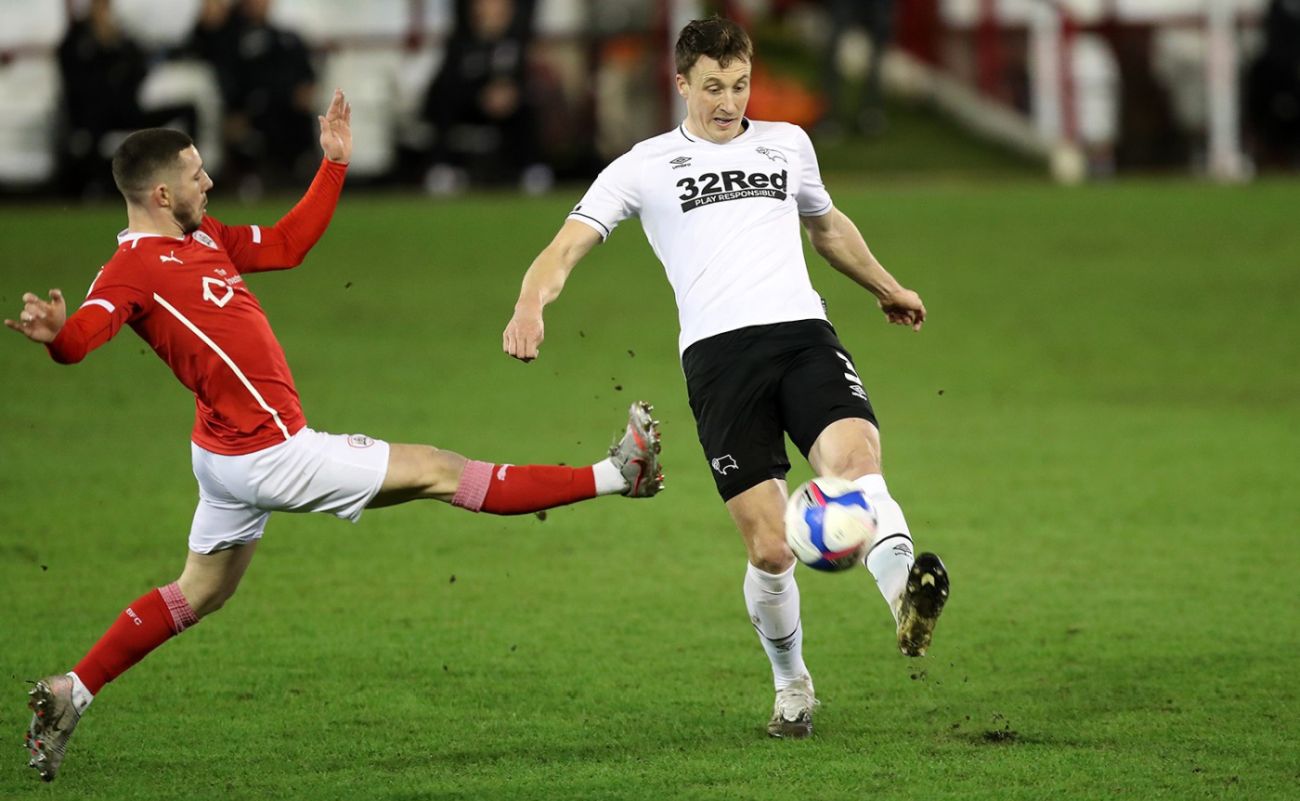 Both sides had good opportunities to win the game, but they had to settle for a point apiece on a blustery night in South Yorkshire.

Goalkeeper Kelle Roos denied Conor Chaplin from close range early in the second half, whilst midfielder Graeme Shinnie almost won the game for Derby but his 20-yard effort agonisingly hit the post.

The point sees Derby halt a run of two-game losing streak and Forsyth, who returned to the starting line up in the game, felt it was something for Wayne Rooney's side to build on.

“I can’t imagine it was the prettiest game for the fans to watch, but it is the way Barnsley play and they have been really effective at it in their last seven games by winning them all,” he admitted, speaking to RamsTV.

“To come here and get a point is good. There weren’t many chances in the game, so we’ll take the point and try and build on it.

“In the first half the wind kicked in a bit and it was hard to get out for us. In the second half we knew we’d have that on our side and we could try and keep Barnsley in their half.

“There wasn’t much in it, but Graeme Shinnie had a chance and I think it just took a little deflection to take the ball onto the post. Maybe on another day it would go in for us.

“After a couple of bad results we wanted to get some points on the board again and hopefully we can build on this Saturday and get three points against Millwall.”

The defender's place in the starting XI was his first since the 2-1 victory over Wycombe Wanderers in February.

He has had to wait patiently for his chance, with Lee Buchanan in fine form at left-back, and was pleased to be back on the pitch.

“It is brilliant to be back out there,” he said. “I have been patient, Lee Buchanan has done well, so I have had to bide my time and just try and take my chance. Hopefully I can get another run-out Saturday.

“It is important we get the home form going. We have two tough games coming up against Millwall and Brentford, but hopefully we can get some points.”