Defender Andre Wisdom has described taking on the captain’s armband in the absence of regular skipper David Marshall as ‘an honour’. 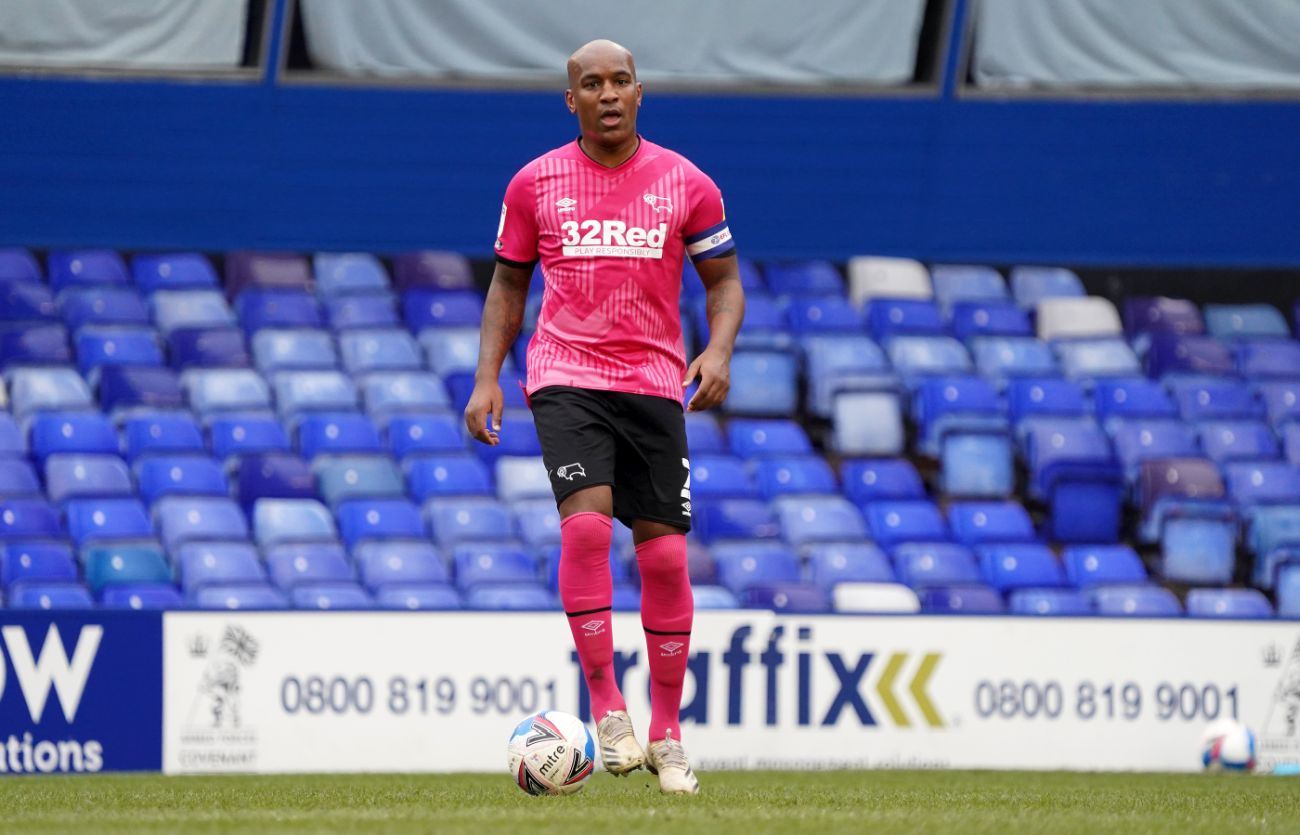 The Derby defender has taken over the captaincy in place of regular skipper Marshall following his recent back injury.

The goalkeeper limped out of the East Midlands Derby against Nottingham Forest and has missed Derby’s last two fixtures as a result.

Wisdom was handed the armband for the games against Cardiff City and Coventry City last week and has spoken of his pride at being handed the responsibility.

It is not the first time he has skippered the Rams as he was handed the armband under previous manager Phillip Cocu last season.

Whilst it does not change his approach to games, he is pleased that manager Wayne Rooney and the backroom staff trust his leadership credentials.

“It is an honour, but I don’t think that changes me as a person, a player, my job or how I would act on or off the pitch,” he told RamsTV.

“I am appreciative of the gaffer for giving me that with Marshy being out, but hopefully not for too long. I can only just do my best and try and give as much as I can on and off the pitch.

“The gaffer spoke to me beforehand and said he was going to give it to me and the reasons why. I thanked him and just got on with it.

“That is probably all that is different, that it is something on the arm. If I am captain or I am not, I think I would do the same things, have opinions the same way, work as hard – I don’t work extra hard or any less whether I am captain or if I am not.”

He added: “It is part of the job and I am honoured. All the lads know they can come to me for anything on and off the pitch, I can help as much as I can help, and I will do. Straight up, straight down I will be honest in everything I do.”