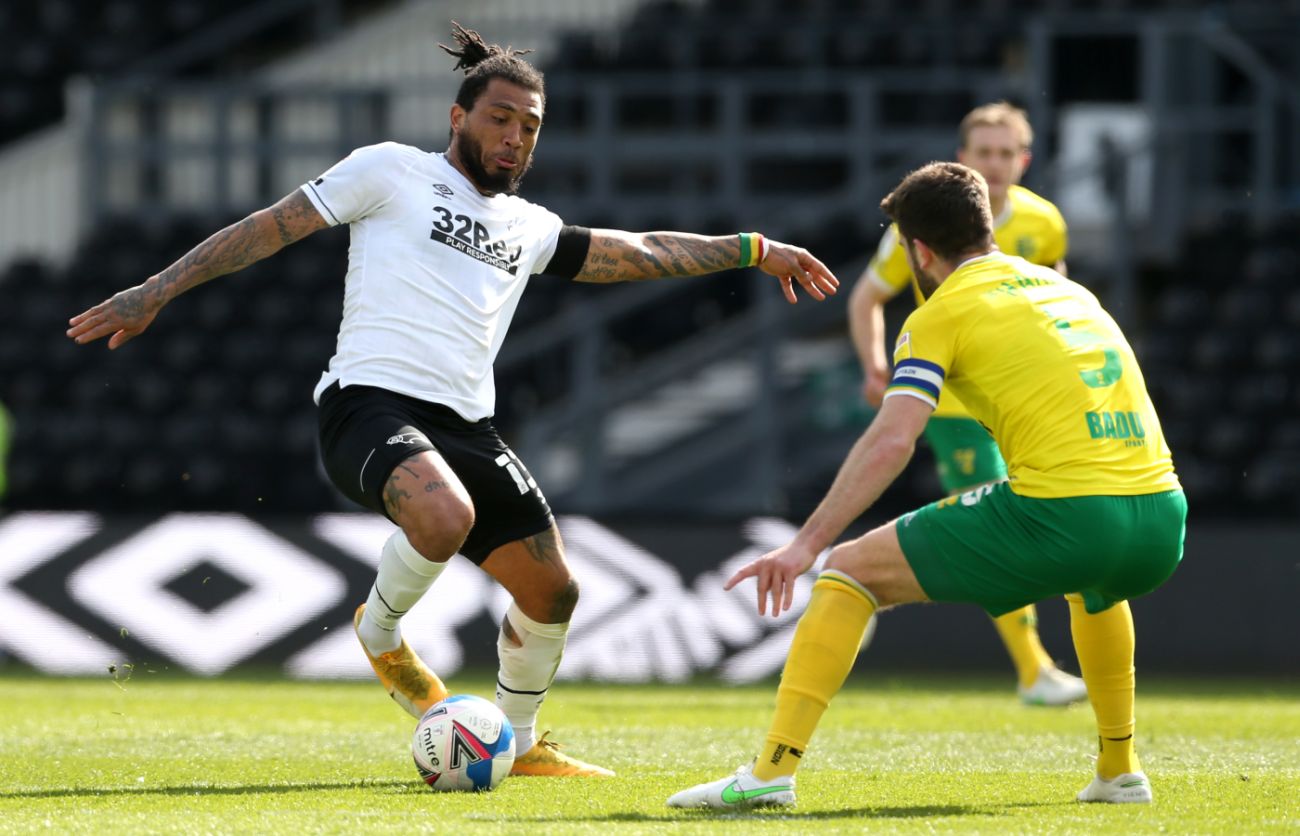 The Derby striker and the Blackburn midfielder are childhood friends having spent time in the Academy at Arsenal earlier in their careers.

Johnson, who served the club for four years between 2015 and 2019, played 140 times for Derby and scored 14 goals before leaving to join Rovers.

Kazim-Richards also featured for Rovers during the 2012/13 campaign and scored five goals in 31 appearances.

He has good memories of his time at Ewood Park and is also looking forward to facing Johnson who he admits he has never played against in his career, yet.

Kazim-Richards says that when he steps over the white line on Friday evening, all friendships are cast aside for 90 minutes as the Rams eye a valuable three points in the Sky Bet Championship.

“When I was at Blackburn, there were some nice people there,” he told RamsTV. “They were going through a crazy transitional period and I think there were four or five managers in that season alone.

“The fans were always good to me. Ultimately, I am a Derby County player right now so it is us or them - and I take us. This is the business we are in.

“My best friend, my childhood friend who is still my best friend to this day is a player for Blackburn, Bradley Johnson.

“Basically, we are family. I am god father to one of his children, he is god father to my oldest. We have never played against each other from the age of 15 until now.

“It is a shame we, Derby and Blackburn, are both down in this position, but that is the reality of football.

“After the game it will be a proud moment because he is my best friend, we played in the same Sunday team. We were at Arsenal together, he basically stayed at my house every weekend.”

Kazim-Richards: “It Is Sink Or Swim” 4mins | 1 year ago | PLAYER INTERVIEW
Watch More