‘Sink or swim’ is the message from Derby County striker Colin Kazim-Richards as the Rams prepare for a trip to Ewood Park to face Blackburn Rovers on Friday 16th April (6pm kick off). 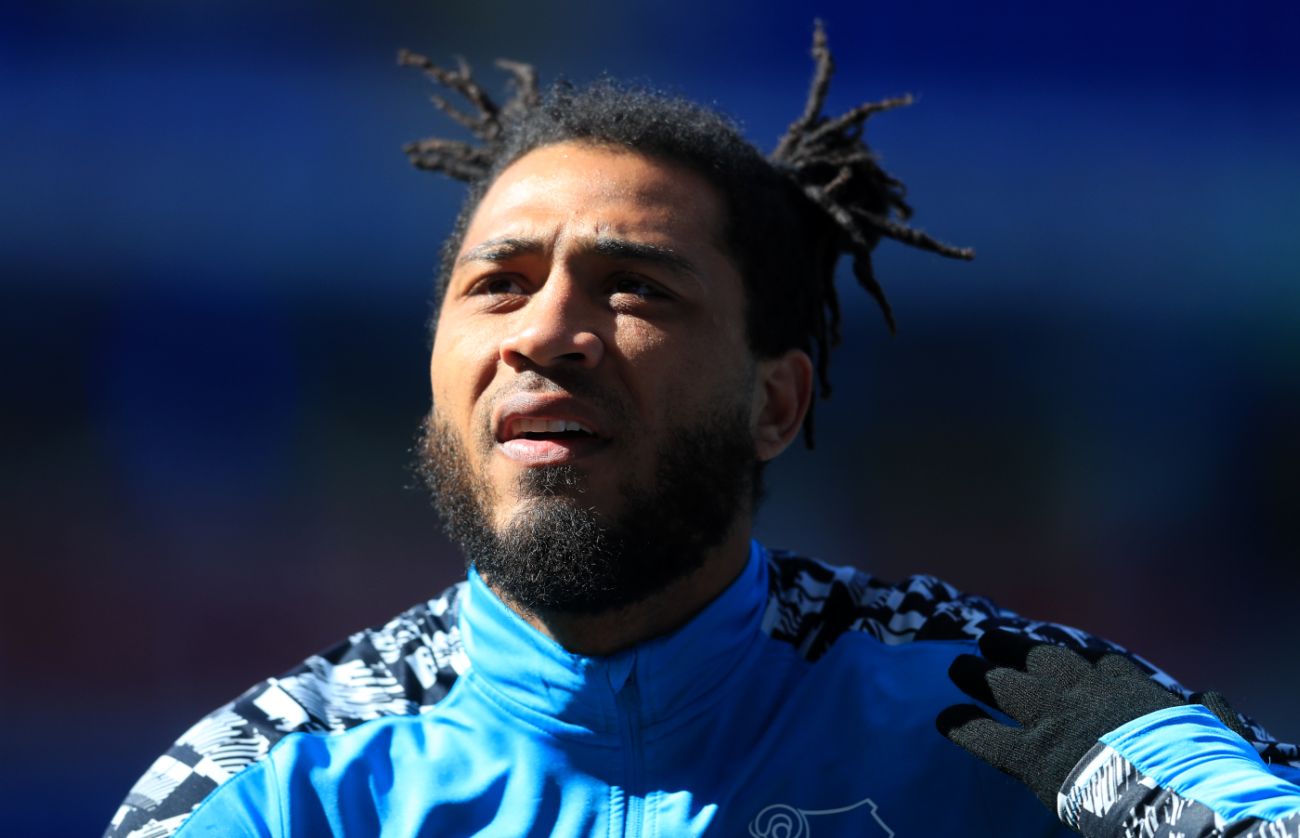 The Rams know they need positive results between now and the end of the season to secure their status in the Sky Bet Championship for the 2021/22 campaign.

Derby sit four points ahead of the bottom three as things stand, however, both sides directly below them, Rotherham United and Coventry City, face each other on Thursday evening.

That said, a win on Friday night could take the Rams above Blackburn and drag them into danger as the season reaches the business end.

Kazim-Richards, who is Derby’s top goalscorer this season with seven goals, knows how important the next five games are and admits the players are raring to go.

“The boys are good and to be honest we always feel good,” he told RamsTV. “Don’t get me wrong, some results needed to reflect the performances.

“I feel we are honest with ourselves. We have too many players in that dressing room that even if there were a few that weren’t, we would say ‘this is the situation’.

“When you are in this type of situation you do need to look at certain positives and see how we can take that into the next game.

“I am 100 percent positive all the time because I deal in reality and the reality is, we need to get out of this situation.

“I know I sound like a broken record, we have been saying it for a while, but I think the last three performances have shown we will win more than we lose, if we continue to go in that performance-based direction.

“Friday could also pull someone else right down there with us. In reality, that is what we need to do – it is a cut-throat business, and we need to pull and step on as many people we can.

“That is exactly what we need to do. Ultimately, we want take away three points from the game because it doesn’t just help us on the table, but for the morale too, to come away with three points. That is what it can do.

“The game on Friday is a massive one and we are ready. There is not really much more talking we can do; it is down to the five games we have left. It is sink or swim to put it blatantly.” 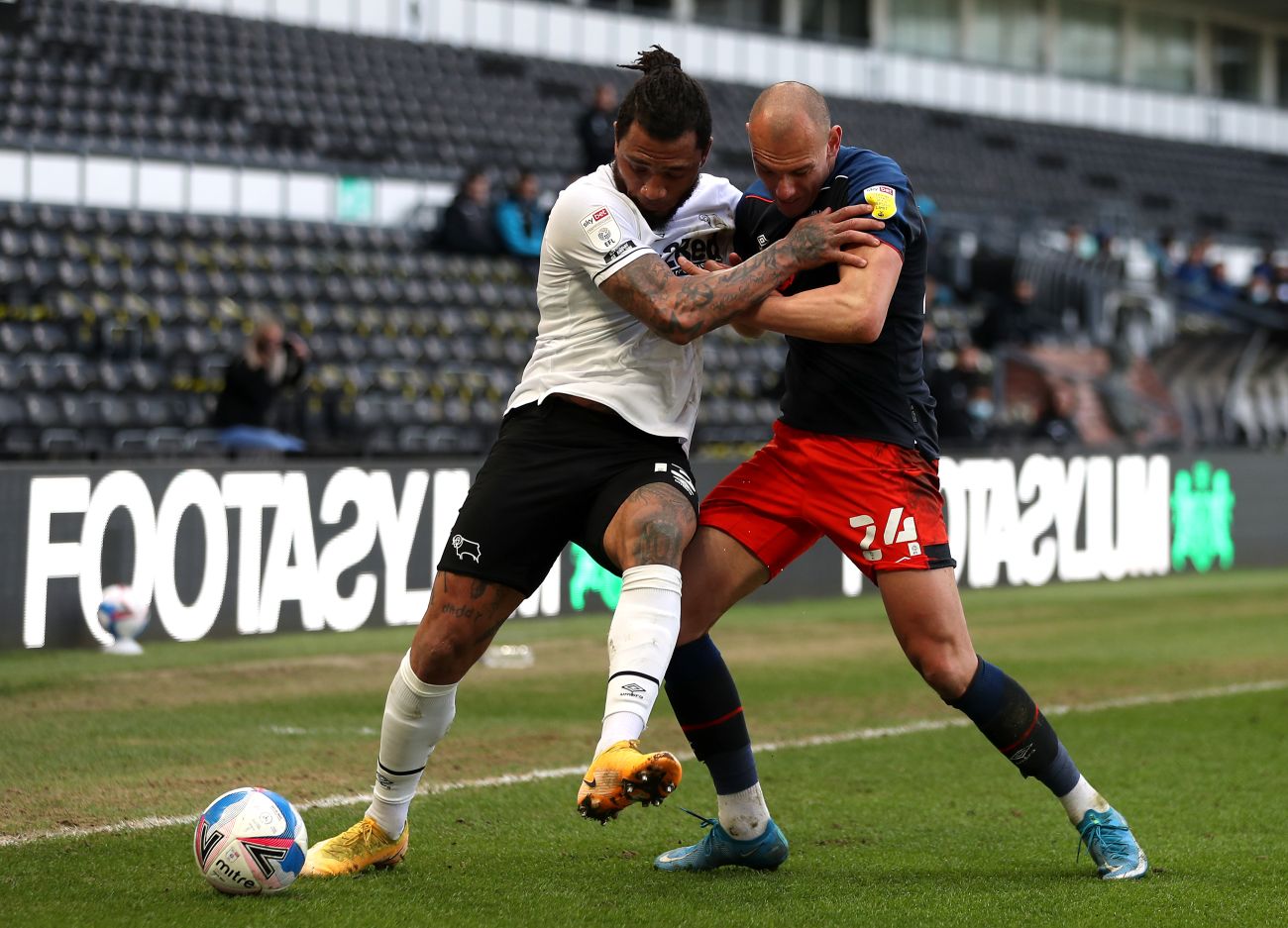 The striker’s influence on the Rams squad has built over the season.

He has been a leading voice in the dressing room, guiding the young players especially, whilst he has worn the captain’s armband on a couple of occasions in the absence of Curtis Davies and David Marshall.

Such is his influence, he played through the pain barrier in a recent fixture. After suffering a knock to his hip in the 2-2 draw against Brentford, he was touch and go for the trip to the Bet365 Stadium to face Stoke City before the March international break. 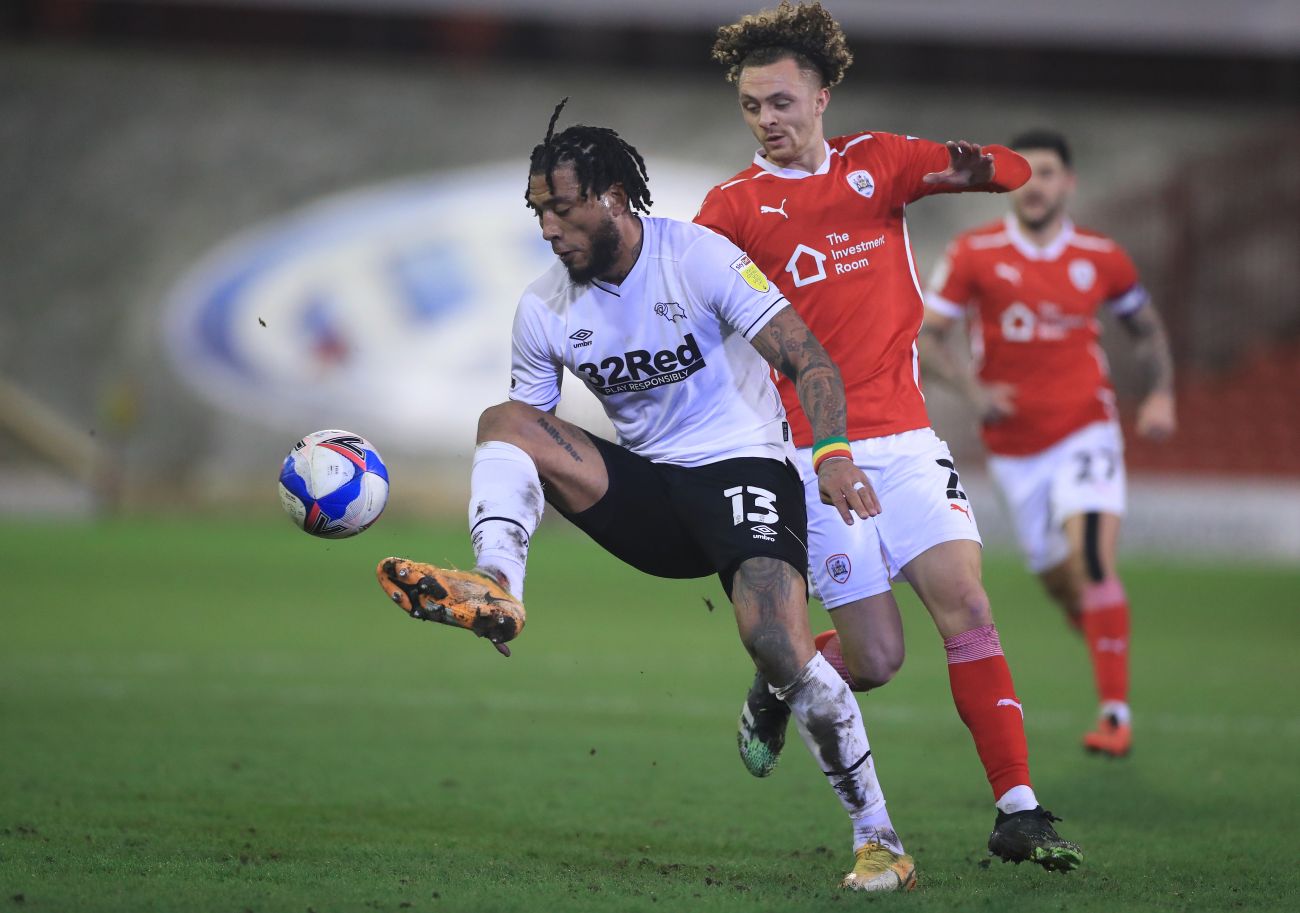 He eventually played but was replaced on the hour mark, visibly in pain. Following the relentless nature of the Championship, the international break allowed him to recover ahead of the run in.

“For me, the international break was great,” he admitted. “I had a bad hip so it gave me two weeks to settle that down and get back on track physically. You could definitely see it in the Stoke game, I couldn’t move.

“I just wanted to try and be out there and help the team. Sometimes you have to be a bit smarter and I think I could have hindered the team that day. Hindsight is a beautiful thing, I am honest enough to say that.

“We have just got to pull up our socks going forward because when a result goes against you I think that opens your eyes to ensure we don’t want it to be left down to other people.

“It is in our own hands to sort out our own house and let other people do what they need to do with theirs.”

Kazim-Richards: “It Is A Massive Game” 2mins | 1 year ago | PRE-MATCH INTERVIEW