Derby County continued their preparations for the start of the 2021/22 Sky Bet Championship campaign with a 1-0 victory against Spanish side Real Betis at Pride Park Stadium. 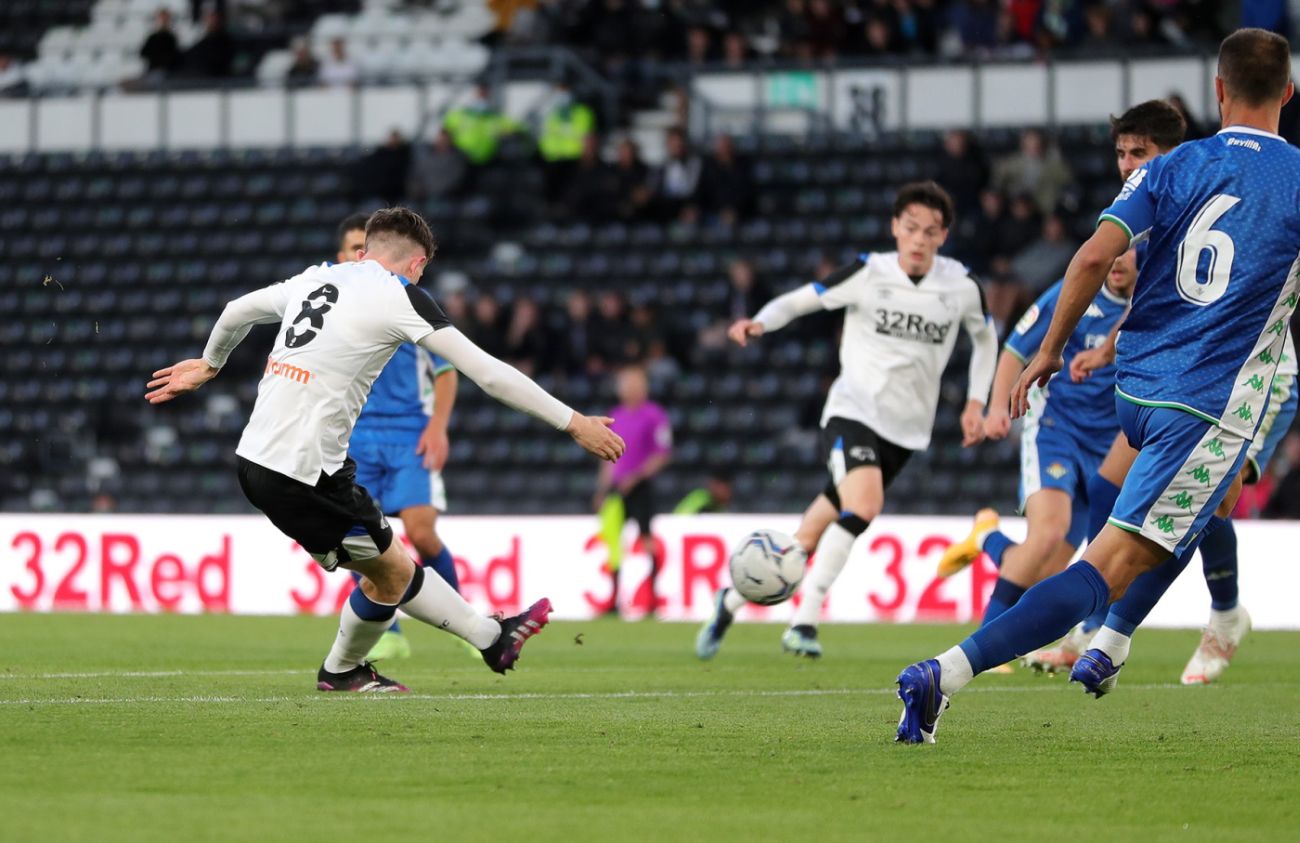 Second half substitute Max Bird scored the only goal of the game, his first professionally for the club, to cap off a good evening for the Rams in front of their home supporters.

It was a good stern test for Wayne Rooney’s Rams’ side who continued to build on what they had worked on during their pre-season training regime so far.

With minutes into the legs for a number of players, both sides had chances but it was the Rams who finished the stronger of the two sides.

Bird’s excellent strike with only minutes of the game remaining capped off an impressive showing from the Rams who more than matched their Spanish counterparts throughout and deserved the victory.

The Rams, in their traditional home colours, started the game well at Pride Park Stadium. Work on the training ground was clearly paying off for Wayne Rooney’s side as Derby created the first real opening of the game on six minutes. 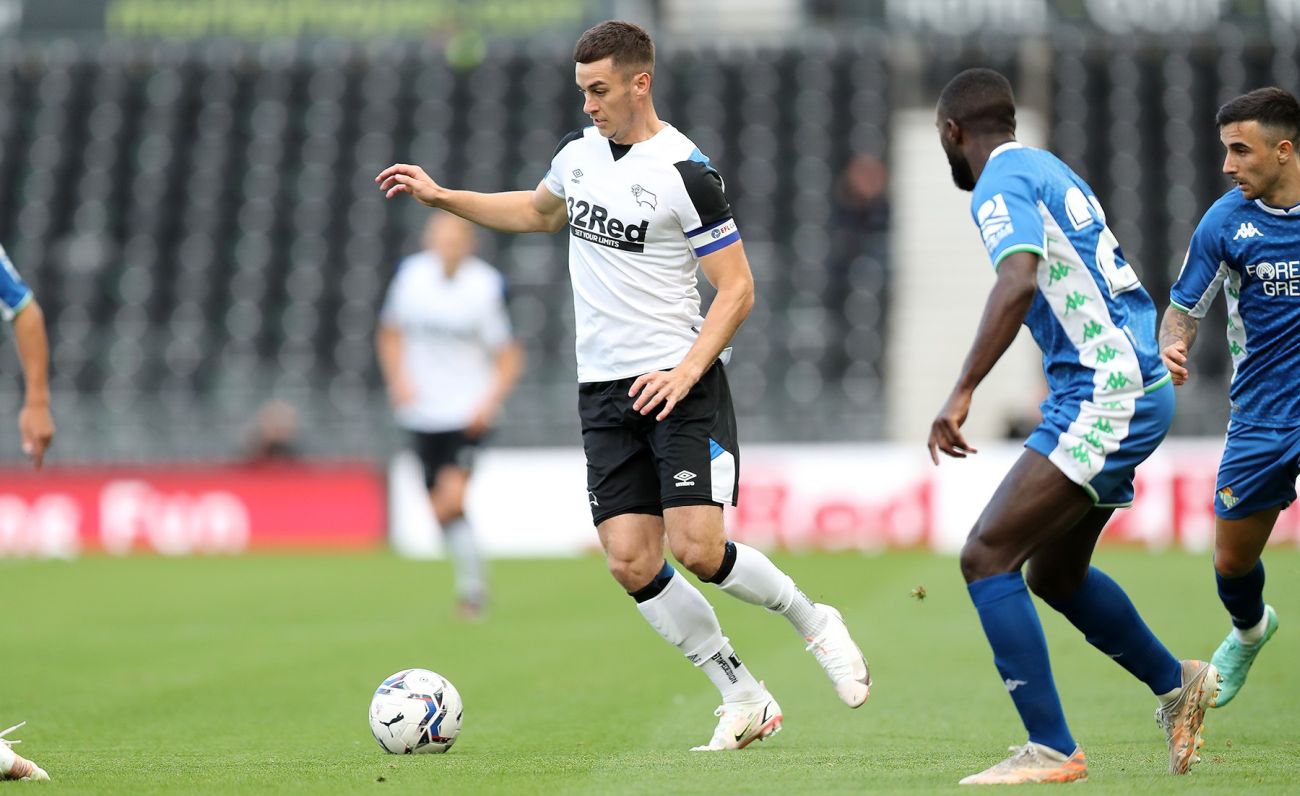 After nice possession play, which started from the defence, the ball found Ravel Morrison who pinged a ball wide to Nathan Byrne who controlled excellently. He played a through ball towards Sam Baldock but the striker strayed slightly too early and was adjudged offside.

The Rams continued to impose their style of play on the visitors who had to remain disciplined. A half chance from Aitor Ruibal, which forced a save from Kelle Roos, was the closest they came to opening the scoring.

Derby’s flowing football continued as midway through the first half, slick work in midfield saw Baldock this time beat the offside trap. He went down in the penalty area but the referee waved away his protests. 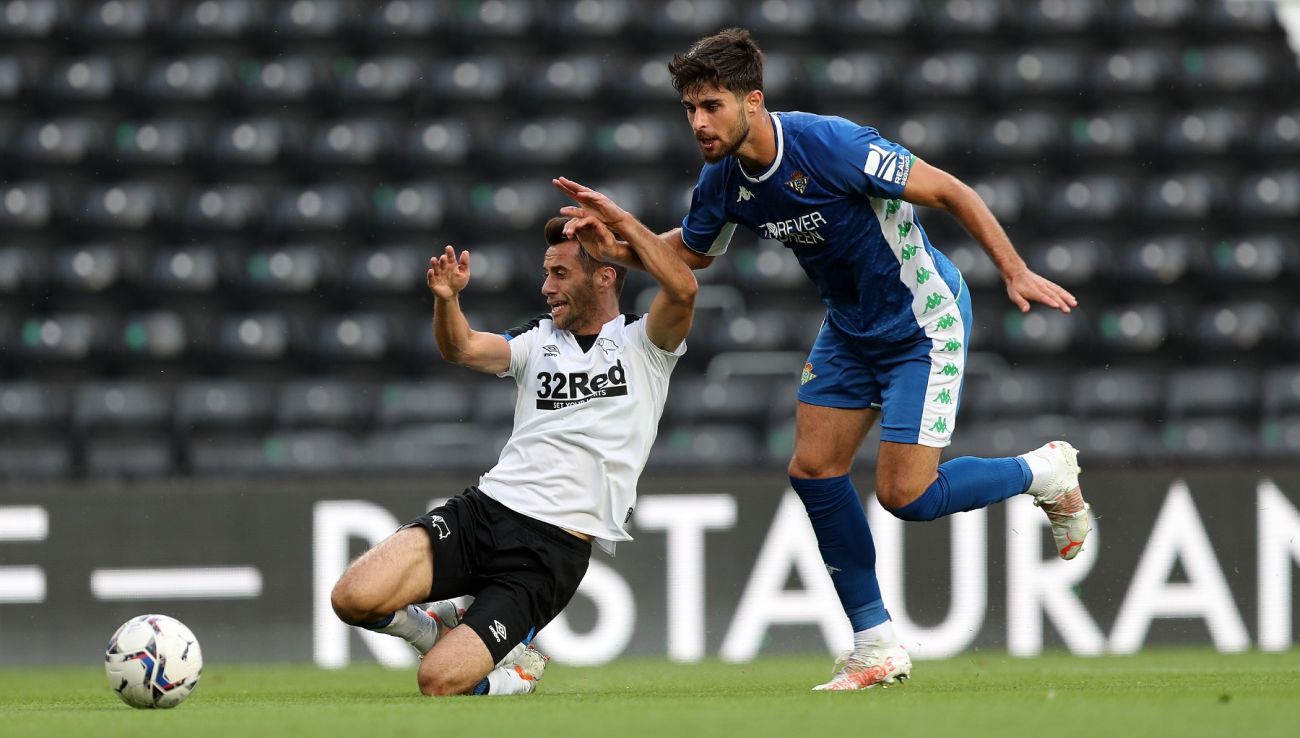 All of Derby’s early good work was almost undone, however, on the half hour mark. A ball over the top saw Ruibal ghost in at the back post. He dispossessed the ball and had time to pick his spot but Roos was out quickly to deny the forward from opening the scoring.

With half time allowing both sides to recharge, the Rams elected to bring on Curtis Davies who missed Saturday’s game against Salford City due to a personal issue, whilst Real Betis made three changes of their own.

And the Spanish side should have opened the scoring three minutes into the half as Nabil Fekir found himself clean through on goal but Roos stood up tall to save his effort from 12 yards.

Rooney made a host of changes on 57 minutes which added energy to Derby’s play and it seemed to work Louie Watson and Colin Kazim-Richards combined on the edge of the Real Betis box but the latter could not get his shot away.

On the counter, however, Real Betis did look a threat and a ball to the back post found Fekir and his header struck the crossbar.

Whilst substitutes usually disrupt the flow of the game, this didn’t seem to. With fresh players coming into the action, the quality continued at the same level as Derby started to threaten in front of goal. 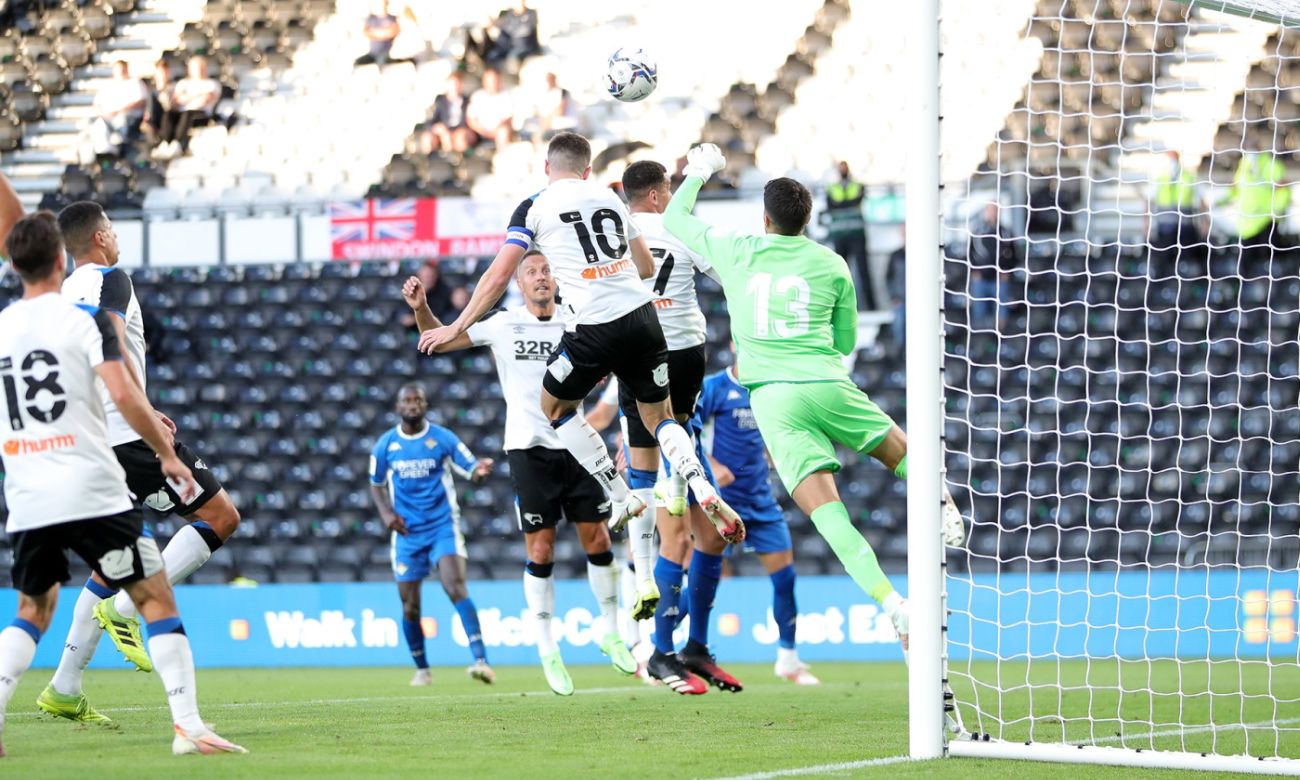 Craig Forsyth picked out Kazim-Richards in the box but he was denied by substitute goalkeeper Joel Robles, whilst minutes later, skipper Lawrence dragged an effort wide from the edge of the box. Kazim-Richards, again, did well to create some space for himself inside the box but fired wide at the front post. 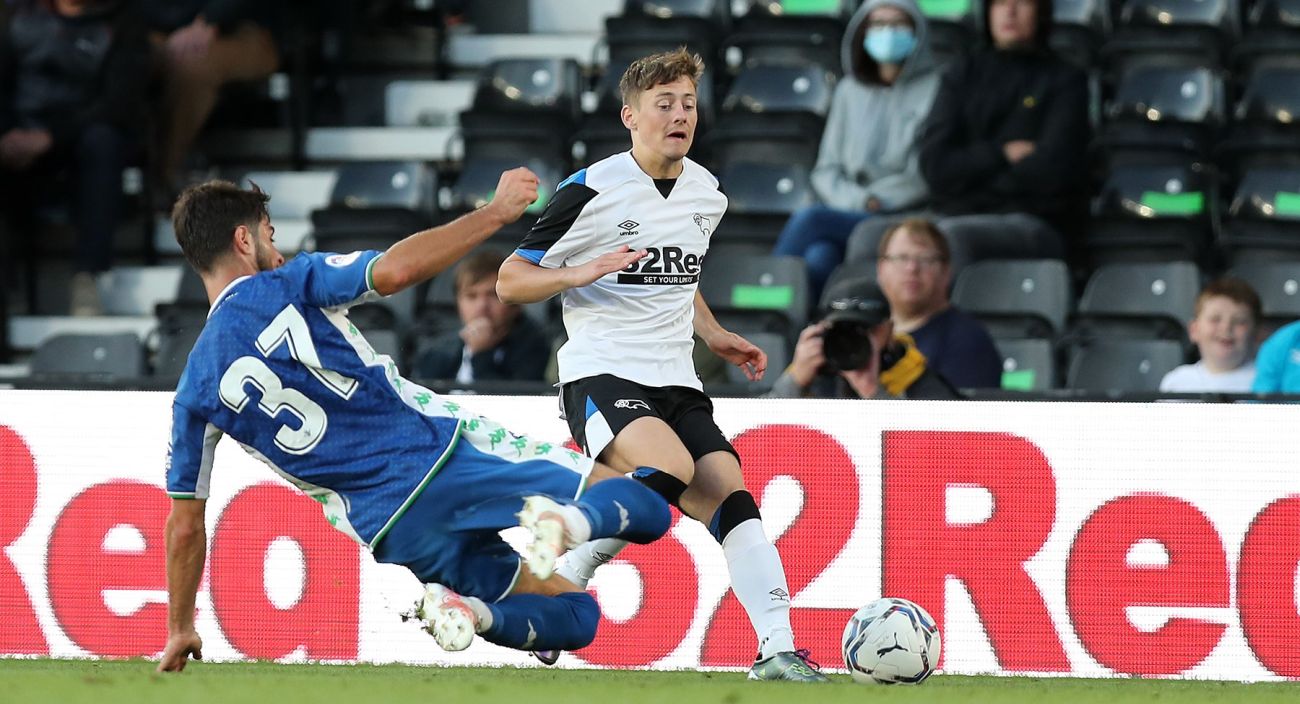 The Rams’ pressure did finally pay off with three minutes of the game remaining as Bird scored his first professional goal for the club. A loose crossfield pass from a Real Betis defender was intercepted by Louie Watson. He took a touch and found Bird on the edge of the box and he finished excellently into the corner to win the game for Derby. 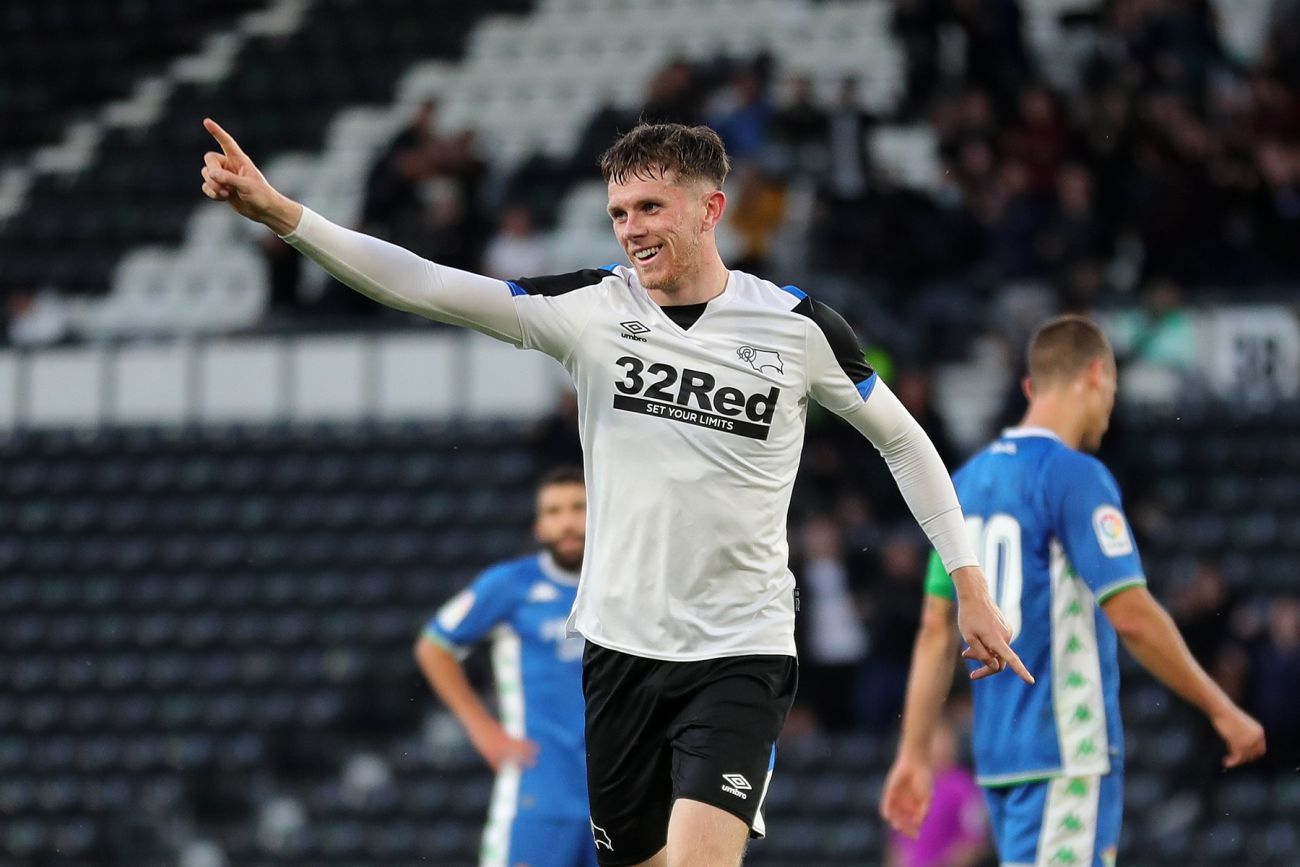