Midfielder Graeme Shinnie is back in pre-season training and refreshed ahead of the new 2021/22 Sky Bet Championship season. 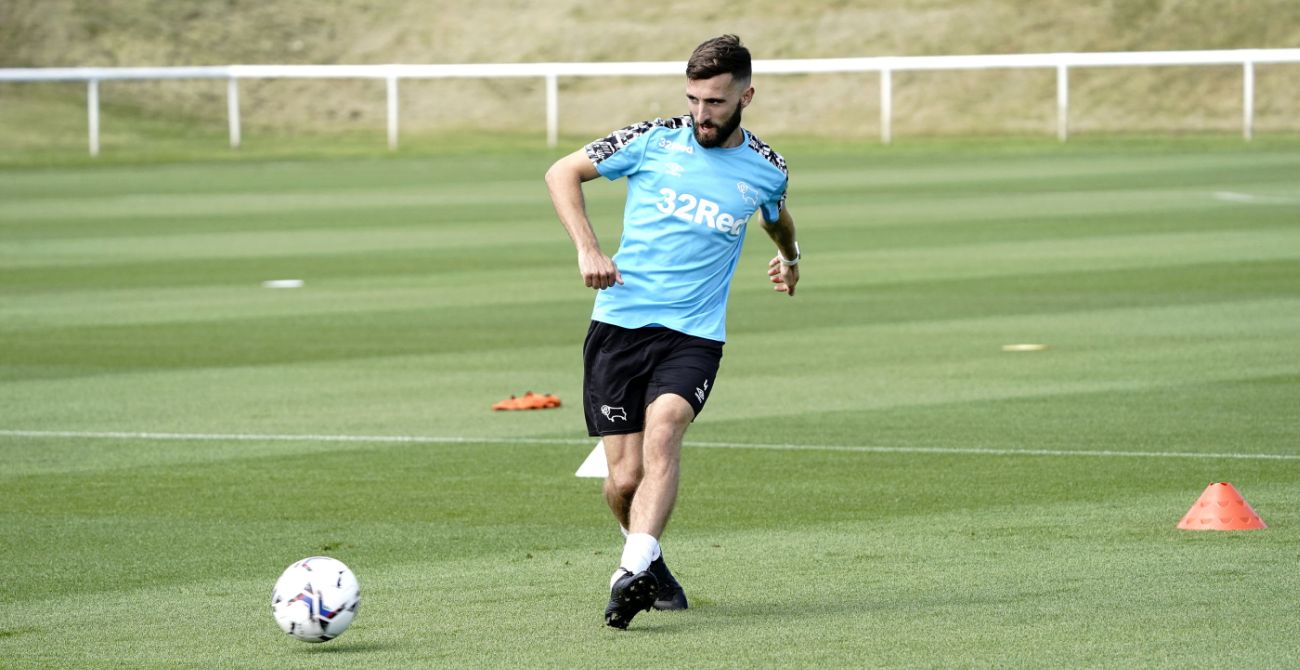 The Rams endured a tough campaign in 2020/21 and a point on the final day against Sheffield Wednesday, in a 3-3 draw at Pride Park Stadium, was enough to keep Derby in the division for another season.

Whilst Derby found results were hard to come by in the final weeks of the season, Shinnie’s energy around the pitch, winning tackles and retaining possession stood out throughout the campaign.

And, during the post-season break, the 29-year-old was named as the club’s Jack Stamps Player of the Season for the 2020/21 campaign.

The midfielder played 42 times for Derby in all competitions last season, scoring three goals in the process. Those came away at AFC Bournemouth and Birmingham City, whilst he converted a penalty on home soil in the 2-0 victory over Luton Town in April.

Shinnie, who enjoyed the chance to recharge his batteries in May and June, was pleased to be recognised by the supporters for his hard-work last season.

“I was delighted to get it,” he told RamsTV. “It was a tough season for everyone. We managed to pull through in the end and on a personal note, it is amazing to get these awards.

“It always means so much, obviously I just would have wanted the season to go a bit better than it did.

“To know that the fans are recognising the commitment and play that I put in last season is always nice.

“We would have all loved the season to go a bit better than it did, but personal awards always help.”

The Rams’ squad reported for pre-season duty on Thursday following a two-month break over the summer.

The time away gave the Scottish midfielder a chance to unwind and relax ahead of the upcoming nine-month Championship campaign.

“I managed to get a couple of weeks at home,” he said. “My daughter is at school now, so she didn’t allow it to go up to Scotland for the full time I was off!

“It was good to just switch off, I haven’t had that break for a long time. In Scotland there are Europa League qualifiers for maybe two weeks, so it is the first time I have properly had a shut down and let my body recover.

“It is a good feeling as well, coming back after a long time off to get back involved in it. I haven’t touched a football in a while, so my first touch won’t be great! I don’t know how it will get much worse, but it probably has!

“I am looking forward to getting back into the football.”

The players were put through their paces on the opening day as they underwent a number of tests as well as a yoyo test, which examined what level of fitness they have come back at.

“It is the time of the season that I actually love!” Shinnie explained. “I know most of the boys hate it.

“I am a fit player, I don’t enjoy the running but it is part and parcel for the game.

“I have done a few tough pre-seasons in Scotland with Terry Butcher and that has set me up, nothing can be worse than that. I am looking forward to it.”