Seventeen-year-old Dylan Williams loved every minute of his Derby County debut on Tuesday evening as he helped his side beat Sky Bet League Two side Salford City via a penalty shoot-out in Round One of the Carabao Cup. 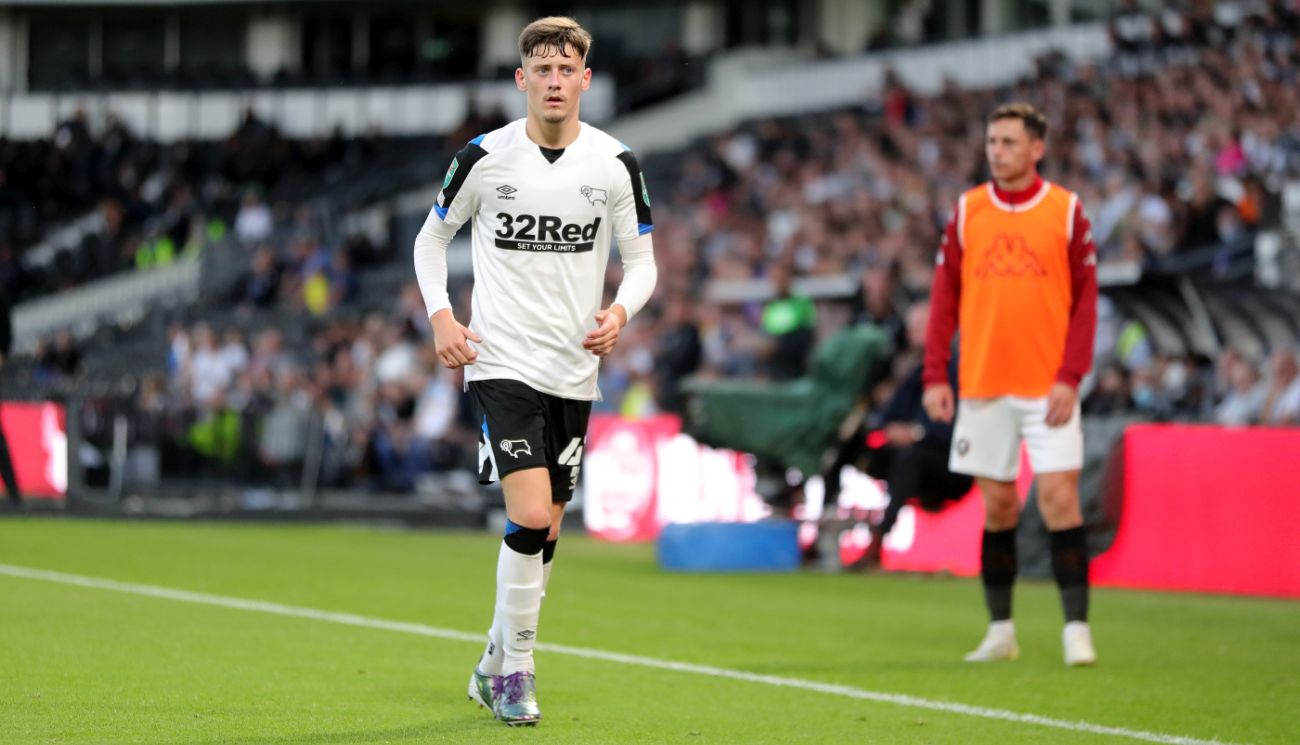 The full back, who has progressed through the Academy system, has impressed manager Wayne Rooney throughout pre-season having made the step up to the first team set-up.

After featuring in a number of pre-season fixtures, he was handed his first professional start for the Rams and shone on a successful night for Derby who beat the Ammies 5-3 on penalties after drawing 3-3 in normal time.

It was a tough start to the game for Williams and the Rams as they found themselves two goals behind following a header from Jordan Turnbull and a 25-yard strike from Josh Morris which put the visitors ahead.

However, Derby grew into the encounter and found a way back in just before half time as Isaac Hutchinson scored his first goal for the club.

After the break, the Rams continued to apply pressure to the Salford defence and were rewarded with 20 minutes to play as Festy Ebosele was fouled in the area and Colin Kazim-Richards scored from the penalty spot.

Whilst the visitors retook the lead from the penalty spot themselves, with Morris scoring his second of the game, Derby rallied once more and Ravel Morrison’s 20-yard volley into the top corner ensured the game would be settled via penalties.

After Graeme Shinnie and Kazim-Richards found the back of the net from 12-yards, Salford forward Luke Burgess saw his spot kick saved by Derby goalkeeper Ryan Allsop to give Derby the advantage.

With Jordan Brown and Craig Forsyth both dispatching their penalties, it was down to Louie Watson to secure Derby’s place in the Second Round of the competition and he coolly slotted home to secure the Rams’ passage through.

But it was an evening to remember for some of Derby’s youngsters who were making their first professional starts for the football club. Williams, who is a second-year scholar, was pleased to play his part.

“I loved every minute of it,” he admitted, chatting to RamsTV after the game. “I found out I was in the squad yesterday and I was just buzzing and to see my parents here as well. It was a great feeling.

“I always believed in the lads. We made it hard for ourselves but I backed us all the way and we really showed that in the second half. We have great individuals in the squad. Every single one of them gave it their all and we had something to prove and we showed that.

“There were a few nerves before the game. All my family were watching on Sky Sports and more of my family were here. Some of my friends were here and others were telling me they would be watching, so it was crazy.

“My friend gave me a hug at the end of the game, a little headbutt too, but my dad is probably crying outside waiting for me.”

It’s the first time Williams has played at Pride Park Stadium itself. The defender was ruled out of last season’s FA Youth Cup tie against Cardiff City through injury so the game against Salford proved to be his first at the stadium, and in front of an audience.

“It’s unbelievable,” he said. “I always dreamed of playing on Pride Park. Last year, I was meant to play in the FA Youth Cup but I injured my back and wasn’t able to play, and that wasn’t in front of fans. Tonight, the fans got behind us and we did it.”

Williams’ progression has largely been down to his attitude, his willingness to learn and take in all the information provided by the Rams’ coaches.

It’s something which has impressed the manager but Williams knows he needs to enjoy the moment but keep his feet on the ground.

“Playing under Wayne Rooney is a magnificent achievement in itself,” he commented. “Hopefully the manager still believes in me and he said I had a magnificent game so my fingers are crossed that I can stay around the first team.”