Midfielder Louie Sibley is a lifelong Derby County supporter and knows the importance of wearing the badge with pride.

The 19-year-old, who has started the 2021/22 campaign well, playing the second-most minutes for the Rams so far this season, grew up supporting the club and has progressed through the Academy system.

Working his way through the age groups, he excelled on the international stage, starring in the UEFA Youth League during the 2019/20 campaign, before making his senior debut.

He marked only his second competitive start with a man-of-the-match performance against Manchester United in the Emirates FA Cup in March 2020, whilst he opened his professional scoring account in his first league start as he fired home from 25 yards against Blackburn Rovers, winning the club’s Goal of the Season award, a few days later.

A hat-trick in his second league appearance against Millwall in June 2020 was incredible, however, the game, owing to the COVID-19 pandemic, was played in front of no supporters.

After a long 18-months, fans are now allowed back inside Pride Park Stadium and Sibley is pleased to have them in their rightful place and singing his name.

“It’s massive,” he admitted, chatting to RamsTV. “That’s the main reason we play for the club. The supporters have been amazing at all the games so far.

“For me as a player, I feel like I am one of their own when they sing that to me.

“It means a lot to me, it really does, so I am doing it for them. We know how much it means to them and we feel like we owe them every time we step on the pitch.

“I will always give it my all. I will have no regrets. Some things may not come off for me, but I will always make sure when I play for Derby I show how much it means to me and that’s what the fans want.”

Sibley opened his account for the season in the Carabao Cup exit against Sheffield United last month. He opened the scoring at Bramall Lane but two second half goals for the Blades ensured they would progress to Round Three.

But, Sibley has been part of the Derby side who have started the 2021/22 campaign well, winning one, drawing three and losing one of their five games so far.

With many outsiders writing the club off this season, Sibley is happy with the start and wants to continue proving people wrong.

“We know what kind of players we have got in the dressing room,” he said. “Everyone thinks we’re going to do badly this season, but we said before a ball was kicked that we want to prove these people wrong. 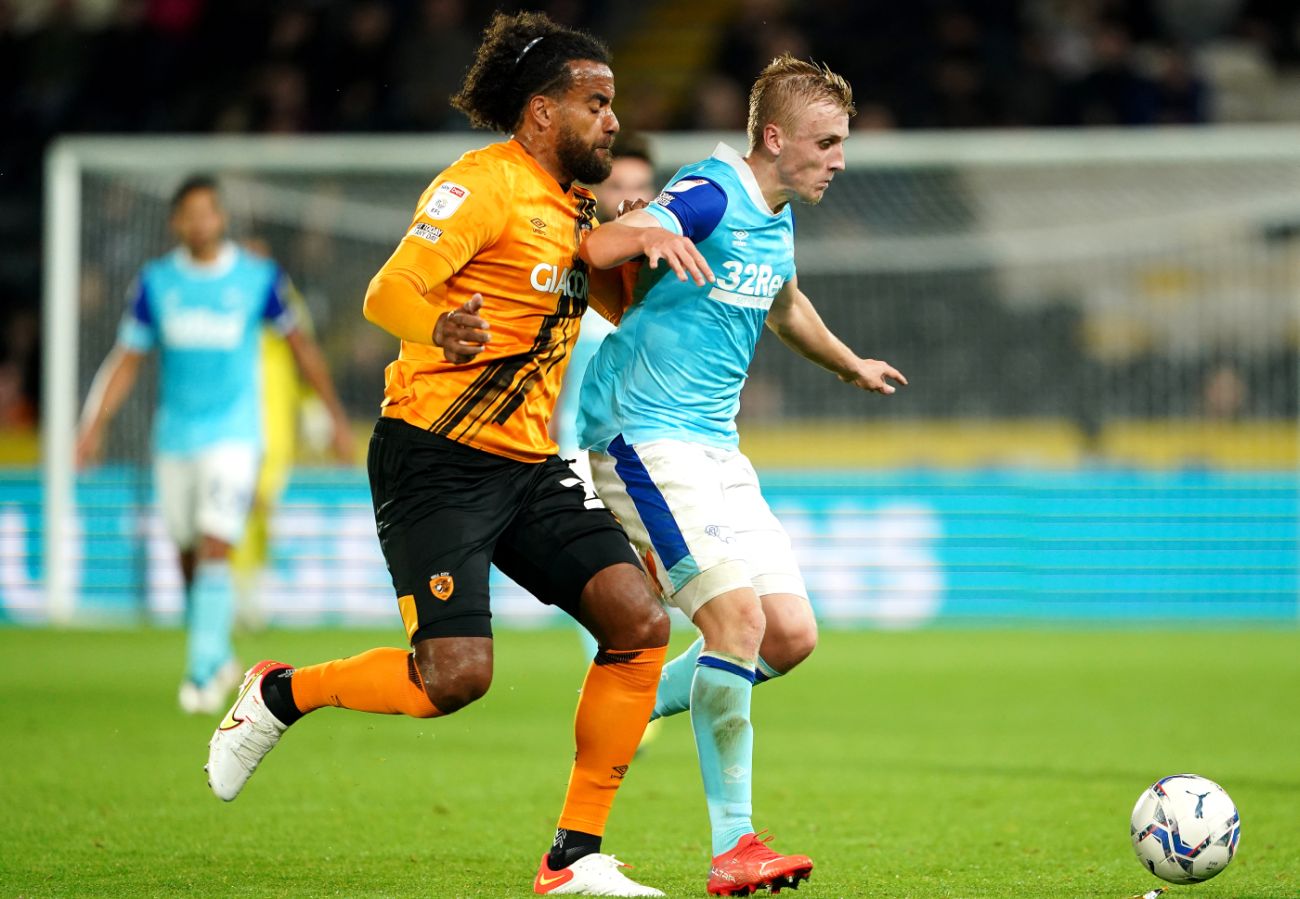 “We love it when people say we are going down or we are going to lose or whatever in games and we have taken that as a team, staff and club to prove that we are all good players and we are a good club.

“If we perform like we have been doing then I am confident we can carry on the form that we have seen in the opening stages of the season.”

Derby return to Sky Bet Championship action following the first international break of the season with a trip to Birmingham City on Friday night (8pm kick-off).

Win Tickets To Round One Of The Carabao Cup1min | 7 hours ago | COMPETITION
Snap Up A Bargain In The DCFCMegastore’s ‘End Of Season Sale’1min | 10 hours ago | MEGASTORE NEWS
Derby County Legends Series: Every Episode To Date1min | 19 hours ago | HISTORY FEATURE
2022/23 Season: Derby’s League One Fixtures Confirmed2mins | 1 day ago | 2022/23 SEASON
Rams Learn Carabao Cup Round One Opponents1min | 1 day ago | CARABAO CUP
Watch More