Derby County striker Colin Kazim-Richards is back fit and ready to hit the ground running following an achillies injury which ruled him out for two months at the start of the Sky Bet Championship season. 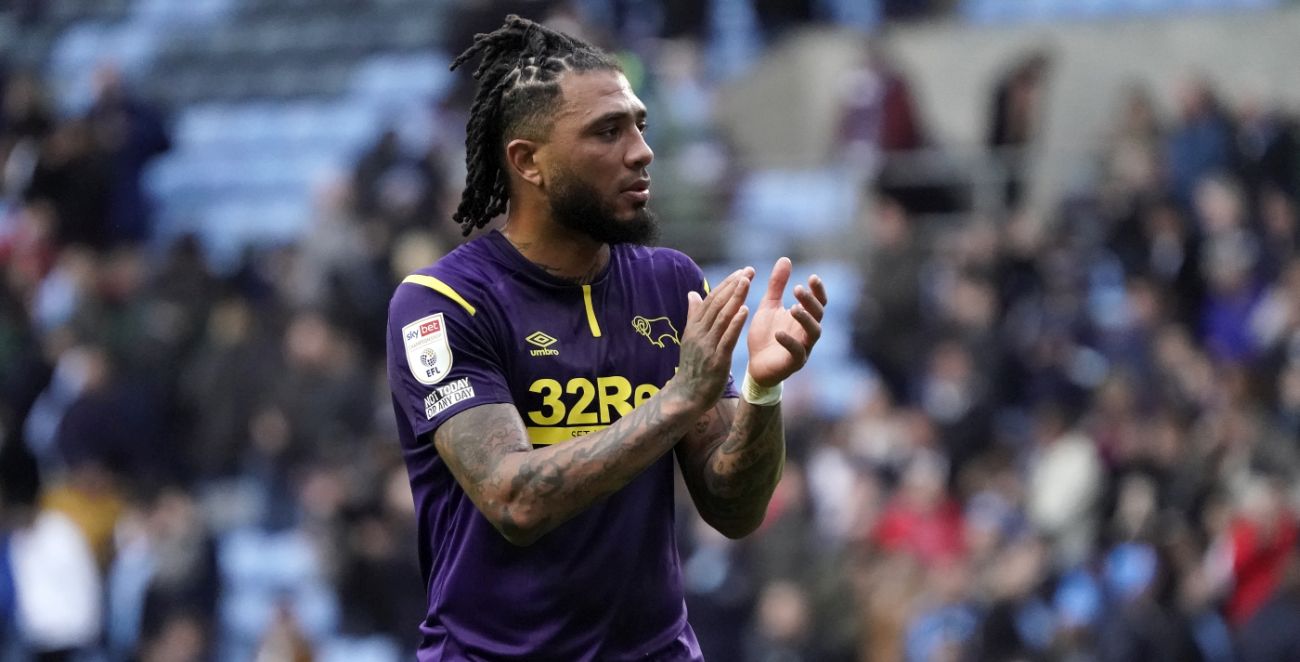 The frontman suffered the injury against Peterborough United in August as he was stretchered off in the second half of the game at the Weston Homes Stadium.

He faced a lengthy spell on the sidelines, but during that time Kazim-Richards knuckled down, put in hours of hard work behind-the-scenes and returned to the squad much earlier than originally planned last month.

Kazim-Richards made his return to the matchday squad for the trip to Deepdale to face Preston North End and came on in the final 10 minutes.

Although the Rams drew 0-0 with the Lilywhites, Kazim-Richards came through unscathed and continued to work on his match sharpness as he was afforded more minutes in the draws against Luton Town and Coventry City.

He was introduced on the hour mark at Coventry and made an immediate impact by hitting the post, whilst he had a hand in Graeme Shinnie’s equaliser.

And, against Blackburn Rovers on Saturday, he came on at half time and added a physical element to Derby’s attack as they almost snatched a late draw, as the striker once again struck the post in the 2-1 loss.

Kazim-Richards is knocking on the door of his first start since suffering that injury for tomorrow’s game against Barnsley and he feels ready to come back and make an impact. 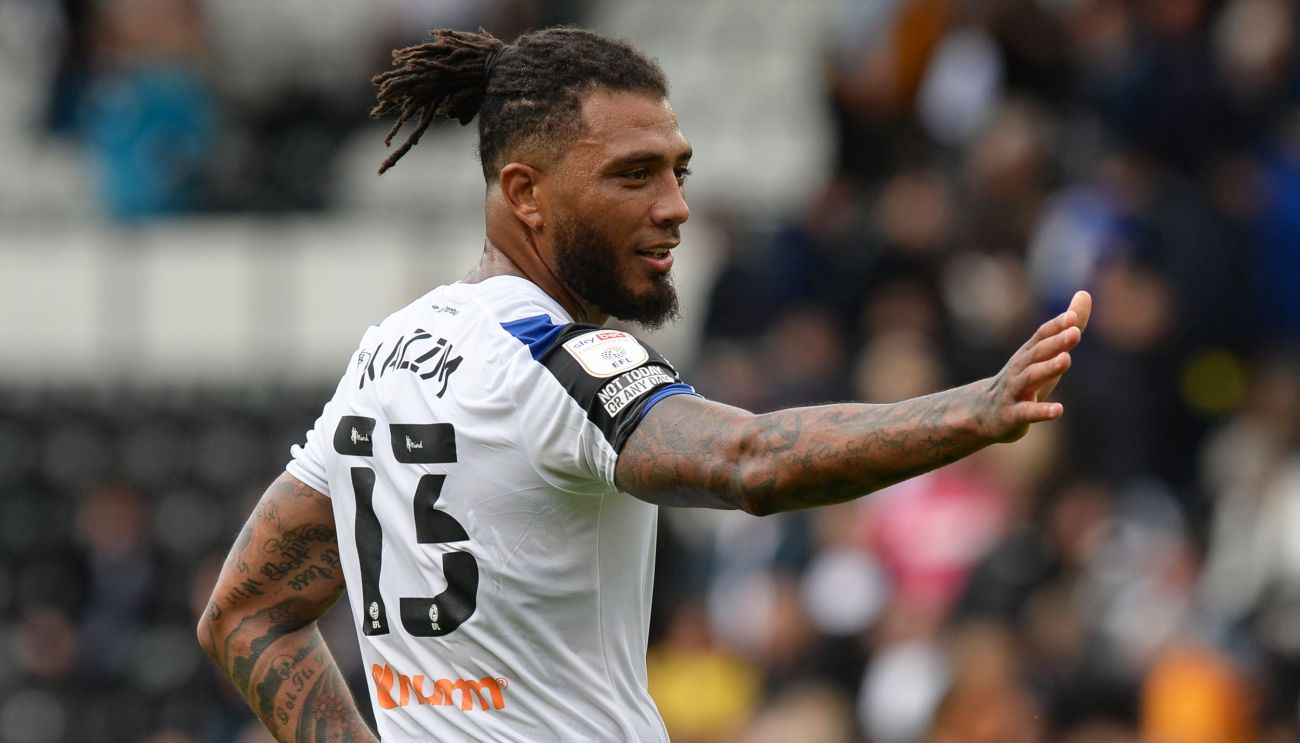 “It’s never easy to be out injured, not for me anyway personally,” he told RamsTV. “I’m not the type of player who doesn’t like being involved, not being capable and not being in and around it.

“It’s been very difficult but being able to be in and around the team, people and staff feels good.

“Little by little, I’ve been able to get my fitness back because I did have quite a bad injury which turned out lucky enough for us for me to get back quicker than we thought.

“We would have taken that any day of the week; it’s nice to be back.

“To get the actual results and it confirmed that it was going to be this - then it was ‘go’ time. There was no time for rest and I needed to get back.”

He added: “I’ll be ready when I’m called upon.” 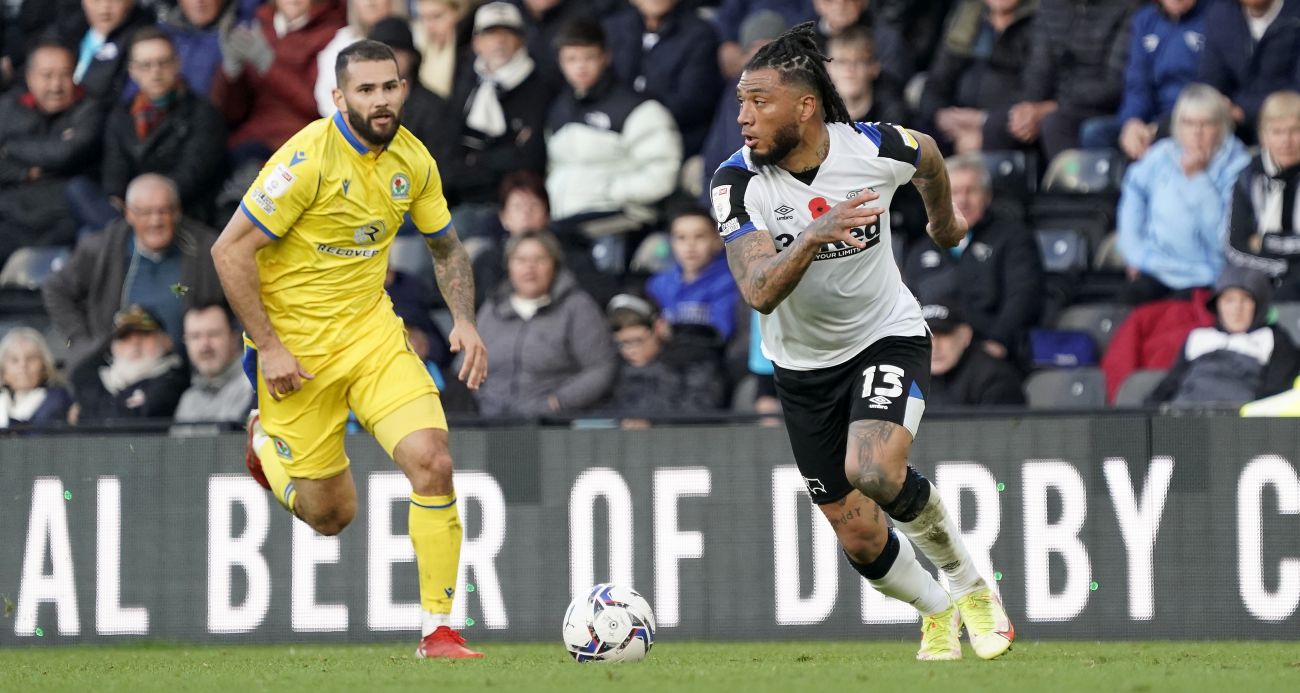 Since suffering that injury against Posh at the start of the campaign, Derby have been hit with a 12-point deduction for entering administration.

It saw the Rams’ points total drop into minus numbers, however, the club have done well to fight back and stand a chance of moving off the foot of the table should they record victory against Barnsley.

“Looking from the outside in, when I was injured, I thought the team was doing really well,” he said.

“We played some great stuff and the management team were very clear when we needed to be clinical, and not in a bad way, which I think was evident because we were dominating games and not finishing off.

“I can say, though, that those games that we weren’t finishing off, we didn’t lose. Whereas last year, it didn’t work out that way in a few games. You can look at it as a ‘catch 22’ situation, but in this business, it’s a business.

“Three points is the business and that’s the name of the game. When I was injured, looking from the outside in, I thought the team were playing some great stuff and I couldn’t wait to be able to be in it and be involved in the way that we’re playing.

“I think I’ve hit the post too many times now and the post is not my friend right now! Hopefully I can start contributing with some goals.

“When I came in last year, I was chasing all the strikers in the league because I started behind them and now I’m chasing them again.

“Anything I say isn’t to benefit me, it’s to benefit my team. I don’t mind chasing because I’ll hunt them down and hopefully I can get back off the mark when I’m called upon and that’s my aim.

“It’s nothing personal for me, it’s just the situation we’re in. Anything I can do to help the team is beneficial for everybody involved.

“We have to go and play and turn these draws into wins and do what we are capable of. I come in, work hard and go out to war.”