Wayne Rooney believes his Derby County players have what it takes to rise to the challenge when they face promotion chasers AFC Bournemouth this weekend.

Derby will return to action following the two-week international break with a home fixture against the Cherries on Sunday (12pm kick-off).

Bournemouth, under the management of Scott Parker, will go into the latest round of Sky Bet Championship matches at the top of the table.

Parker’s side have won 12 of their 17 league games so far, while they have only tasted defeat once.

The Rams, in contrast, are bottom of the table after it was announced earlier this week that they had received a nine-point sporting sanction, with a further three points suspended, after admitting to breaches of the League’s Profitability and Sustainability (P&S) rules.

Those nine points, in addition to the 12 deducted for entering Administration in September, has left Rooney’s side on minus three points after 17 matches.

Derby took four points off the Cherries last season, including a 1-0 home win at Pride Park Stadium thanks to a goal from Krystian Bielik in January of this year.

Rooney says his squad have looked sharp in training, after being afforded some time off during the international break, and he’s relishing the challenge of taking on the division’s pacesetters.

“I’m looking forward to it,” Rooney said when speaking to RamsTV.

“Scott Parker is doing a fantastic job at Bournemouth. He’s one of my former team-mates with England, so I’m looking forward to the game and seeing him again.

“I gave the lads a bit of time off to get some sun last week, if that’s what they wanted, or to just get away from football for a few days to clear their heads.

“The players had a good rest and they’ve looked fresh and sharp in training in the last few days and it’s a game where we must remember that are a good enough team to compete with anyone in this league.

“We will be going into this game to get three points.”

“I’m pleased for him in terms of the job he’s doing at Bournemouth but come Sunday at 12pm, we will be rivals because I want to win the game.”

Derby went into the international break off the back of a 1-1 draw at Millwall as they responded to their first back-to-back defeats this season against Blackburn Rovers and Barnsley.

Rooney says he has a near full-strength squad to choose from with only Nathan Byrne (suspended) and Krystian Bielik (knee) out of action. 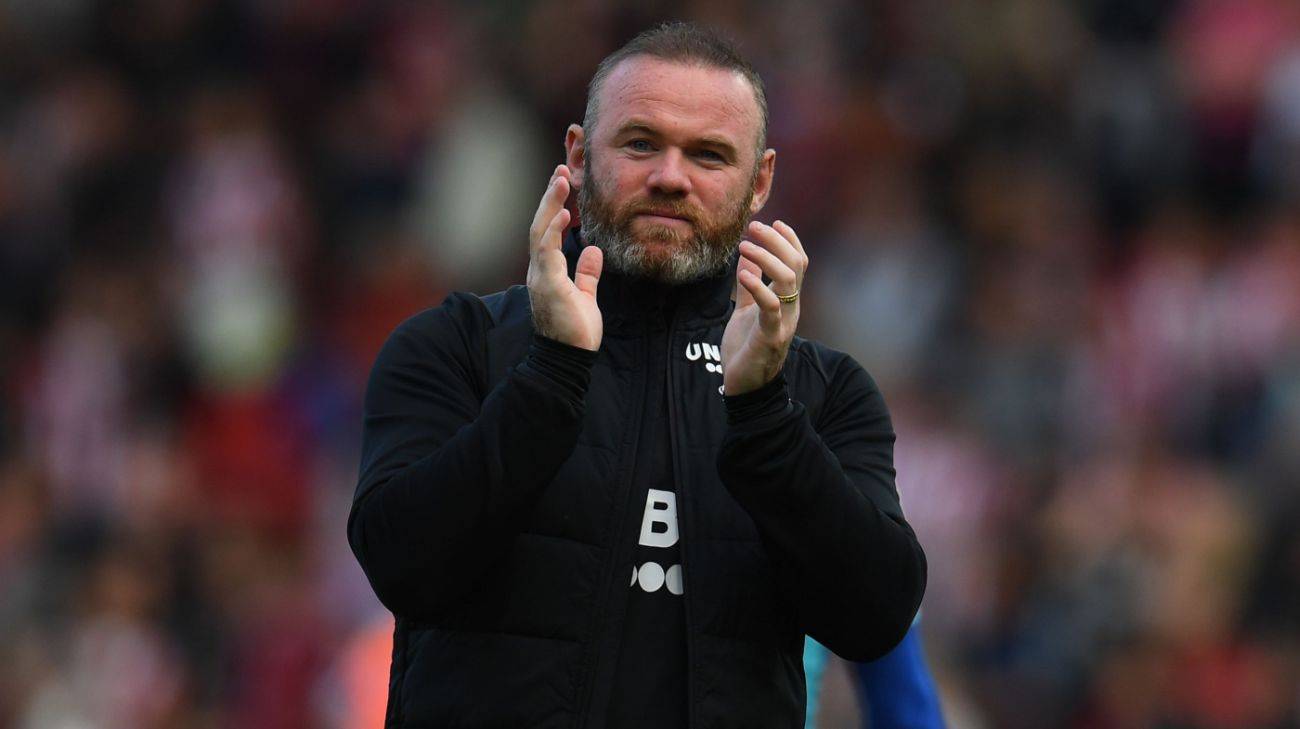 “There are no injuries from the last game, at Millwall before the international break, so we’ll have a strong squad to pick from.”