Wayne Rooney was pleased to see Derby County round off a challenging few days with a well-earned 1-0 home win over Blackpool.

Youngster Luke Plange scored the only goal of the game as Derby saw their season’s points total in the Sky Bet Championship move onto four because of their two separate points deductions.

Chances were few and far between in a goalless first half at Pride Park Stadium in the driving Derbyshire rain with neither side registering a noteworthy effort on goal.

That changed in the second half, however, and Derby took the lead just after half-time as 19-year-old Plange, on his first senior start, tapped home from close range after Kamil Jozwiak had hit the post.

Rooney’s side enjoyed some good spells of pressure in the second period and produced some eye-catching moves as they sought to find a second goal.

Although the comfort of another goal didn’t come, the Rams saw the game out well to pick their fourth home win of the league campaign.

Derby were without several players for the game as they were forced to self-isolate under the strict COVID-19 protocol guidance, which made picking up three points even sweeter for Rooney.

Speaking to RamsTV after the final whistle, Rooney said: “I am delighted to get the three points, coming off the back of the last two games that we lost, and this week has been difficult for us.

“If you look back at the interview I did on Thursday, you could see that I was a bit flat. We have had a lot to deal with what with losing so many players and bringing so many young players in.

“I felt it was an opportunity for some of the lads who haven’t played to come in and I have a lot of confidence in them.

“It wasn’t the best performance today; we had to change the shape and tried to mix it up and we didn’t play as much football as we have done this season, but it was a well-earned three points.”

He added: “The squad was still changing this morning, in terms of having to phone people and get them out of bed and ready to be on the bench!

“It was challenging in terms of what we faced up to but that’s where we are.”

Plange, the Under-23s’ leading scorer so far this season in Premier League 2 - Division 1 under Pat Lyons, was rewarded with his first senior start after impressing off the bench in last weekend’s 1-0 loss at Bristol City.

His form for the Under-23s has had him in Rooney’s thoughts for a number of weeks and the Derby boss was pleased to see Plange score the type of goal he says all strikers love.

It was his first senior goal and a moment that will live long in the memory for the former Arsenal youngster. 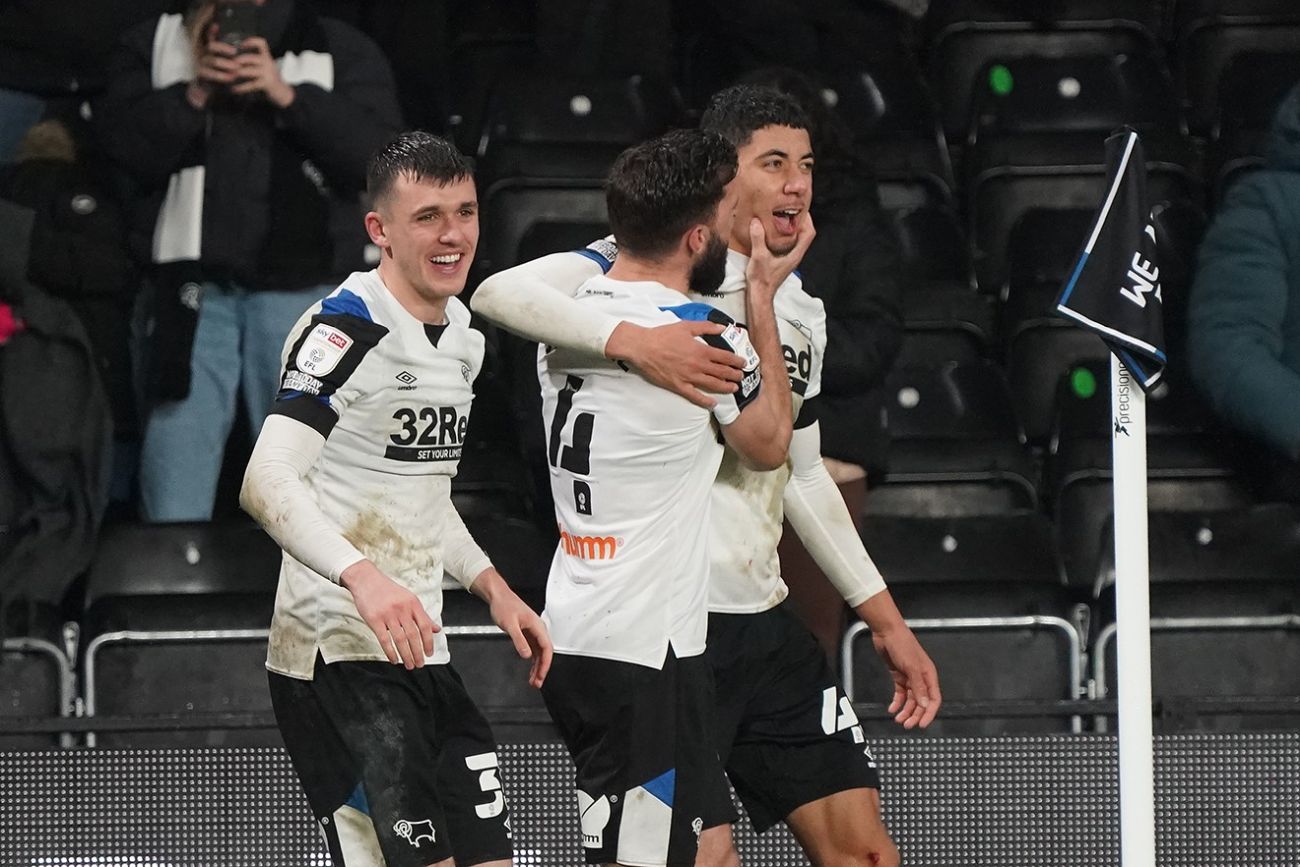 Rooney said: “If I am being honest, Luke was starting the game anyway today I thought he was really positive last week when he came on at Bristol City and he deserved to play.

“I have belief in him and I believe that he’s got all the attributes in him. He’s quick, he can run in behind, can hold the ball up and today is a perfect goal for a striker.

“They are goals which get your tally up. The taps-ins, as a striker, are the ones you want.

“I know it’s Under-23s football, but when you are playing and scoring goals like Luke has been, that lives in your memory.

“That is there imprinted in you and you know where the back of the net is and thankfully today he got his chance and scored.”

Derby are back in action next Saturday in their final Championship fixture before Christmas when they make the long trip to Wales to face Cardiff City (12:30pm kick-off).