Derby County fell to defeat on the road as they were beaten 1-0 by Bristol City at Ashton Gate. 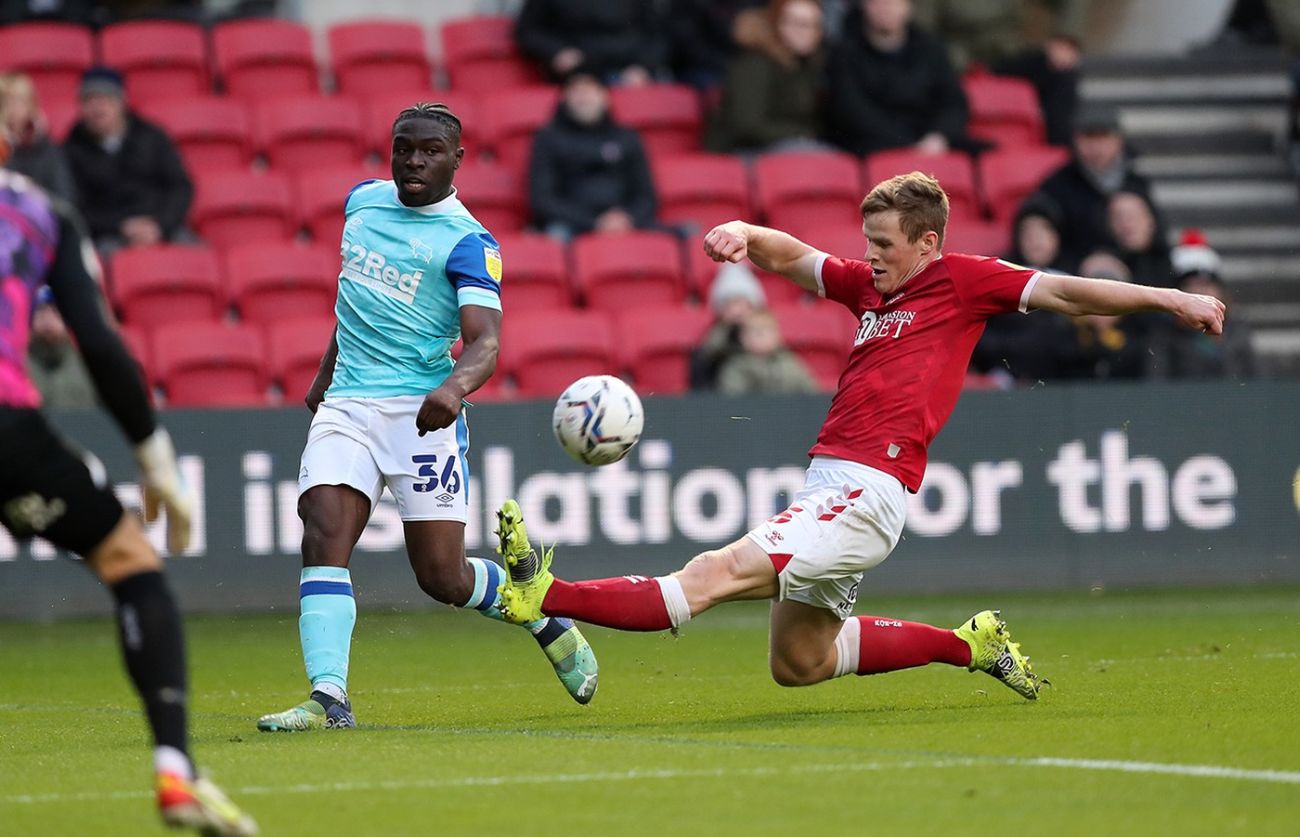 The only goal of the game came on 16 minutes as Robins full back Alex Scott clinically finished from the edge of the box to secure all three points for the home side.

Derby did have half chances in the game but struggled to breakthrough a stubborn Bristol City defence, who held on to claim the win.

Manager Wayne Rooney made two changes for the clash against the Robins as goalkeeper Ryan Allsop and Festy Ebosele were reinstalled to the starting 11. 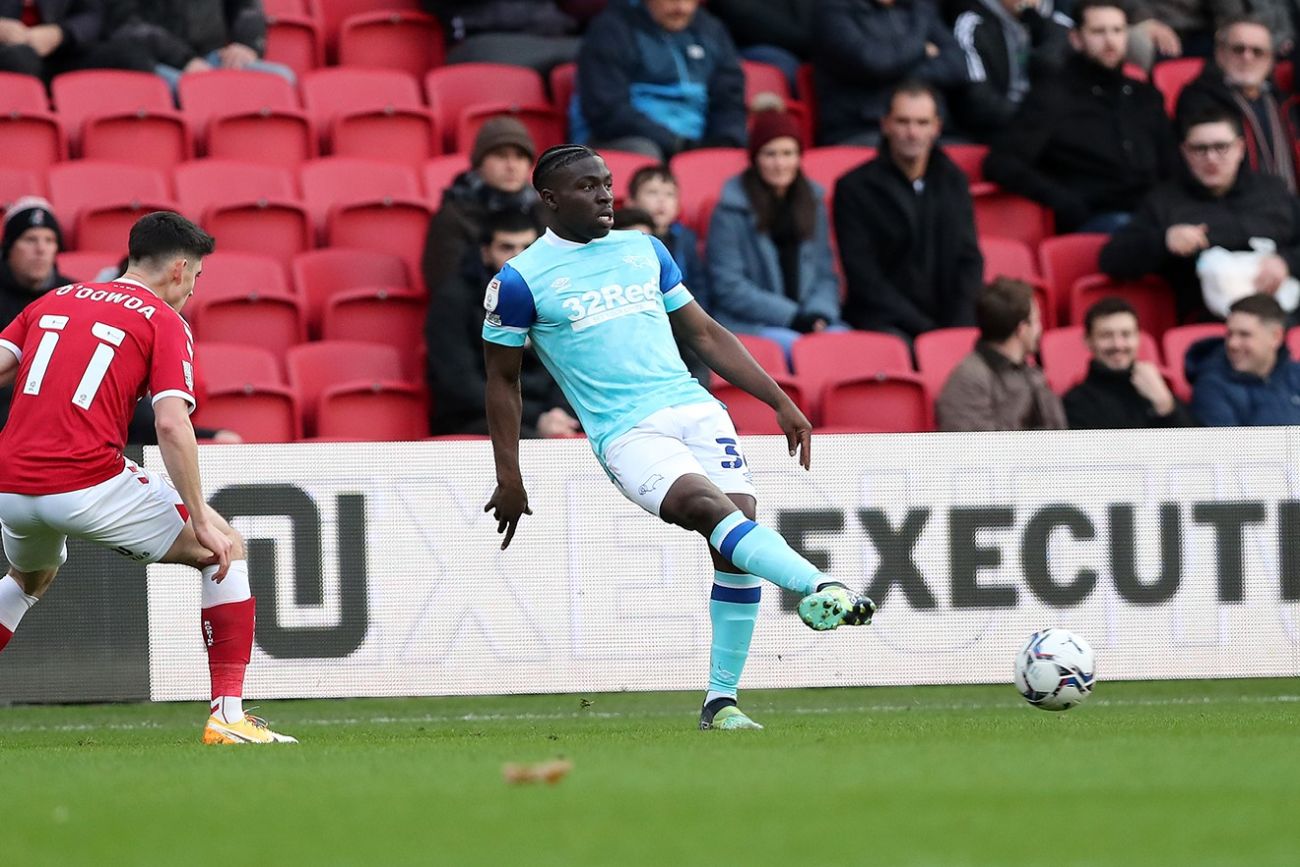 Derby enjoyed the majority of possession in the opening exchanges as they patiently built from the back as they eyed a way through the Bristol City defence.

The pace of the returning Ebosele caused Robins defender Rob Atkinson a problem on the right as he looked to beat him at every opportunity, however, the Rams would fall behind on 16 minutes. 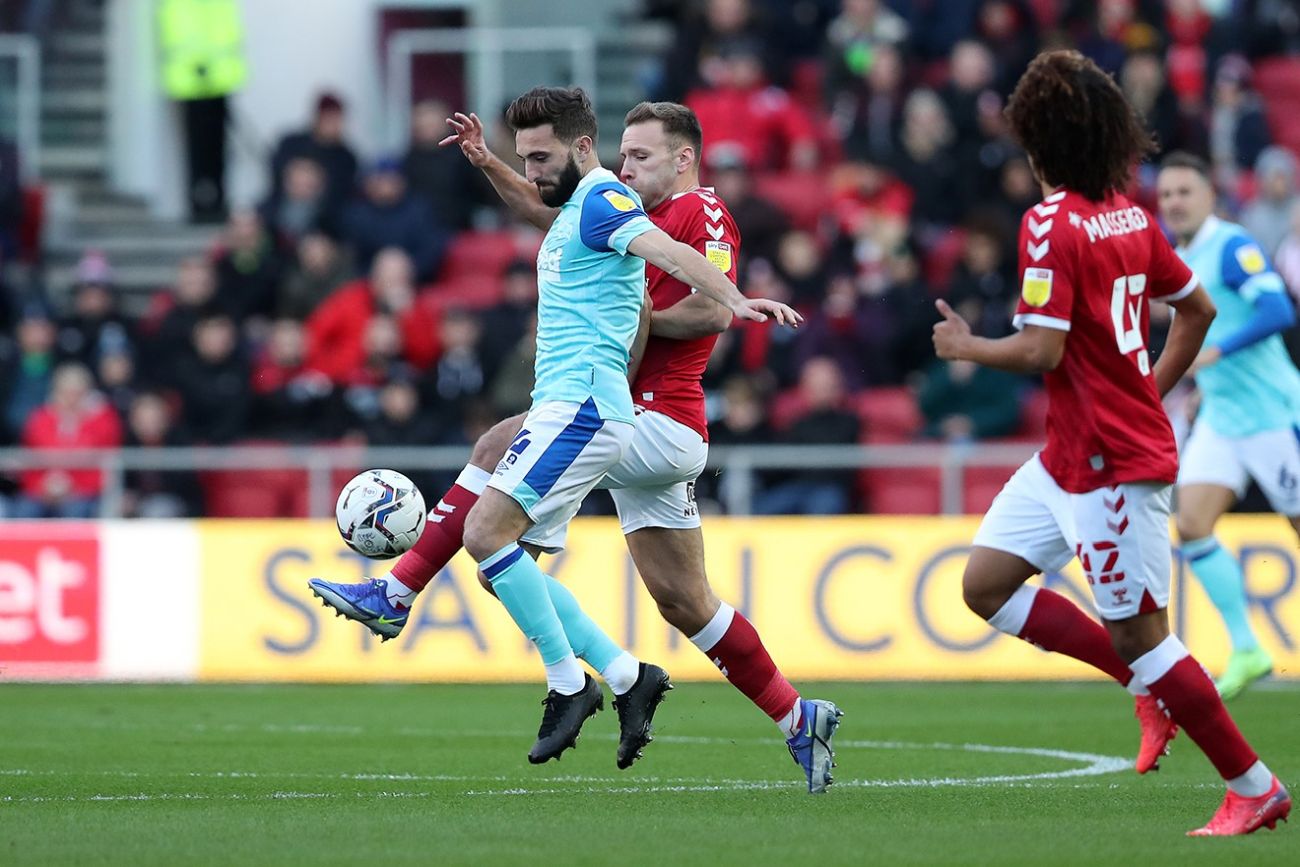 It was a goal which was avoidable from a Derby point of view as they failed to clear the ball on the edge of the box, and the ball broke for right wing back Scott who finished clinically into the corner to give the home side the lead.

And they almost doubled that advantage midway through the half as Derby old-boy Chris Martin went close. Callum O’Dowda beat the offside trap and played a low cross to the forward but he hit his effort off-target. 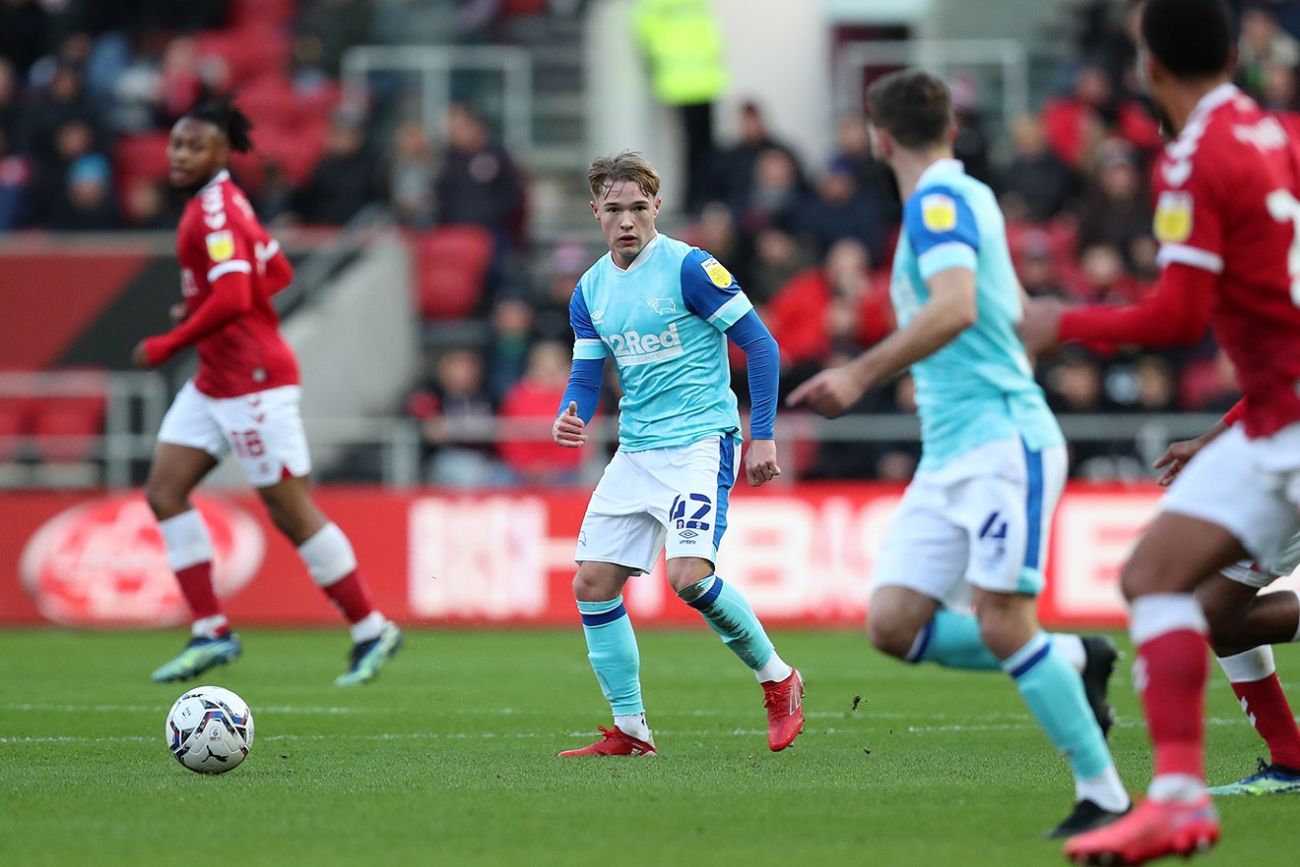 The Rams were struggling to get a foot hold in the game as Antoine Semenyo and another former Derby striker Andi Weimann shot over from close range as the game approached half time.

Before the break, the referee handed out four yellow cards as Jason Knight, Craig Forsyth, Tyreeq Bakinson and Thomas Kalas entered the referee’s notebook as the Robins led at the break. 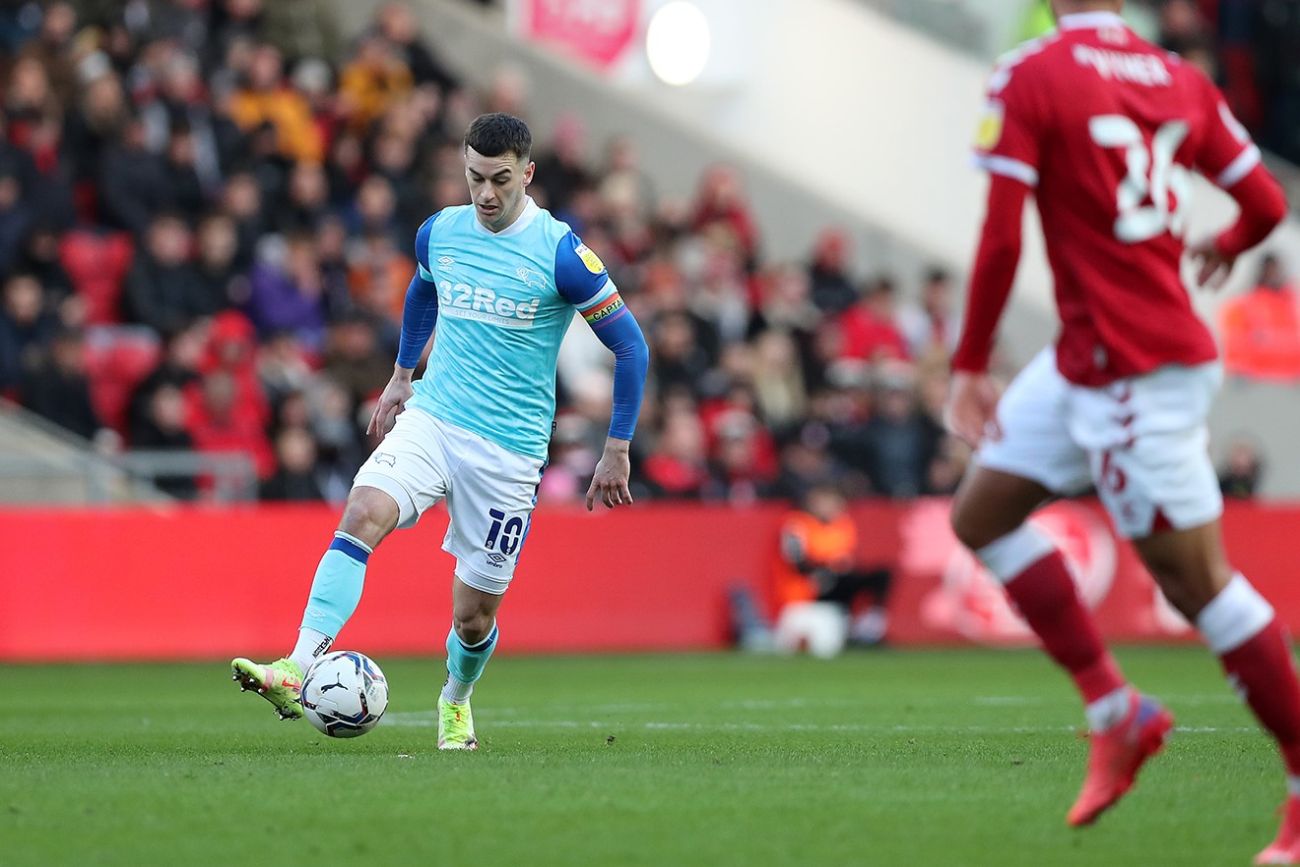 Rooney made a double change at the break as Colin Kazim-Richards and Luke Plange, who was making his professional debut for Derby County, came on.

They added a focal point to the Rams’ attack which they maybe lacked in the first half as Derby started to turn the screw at the start of the second half. 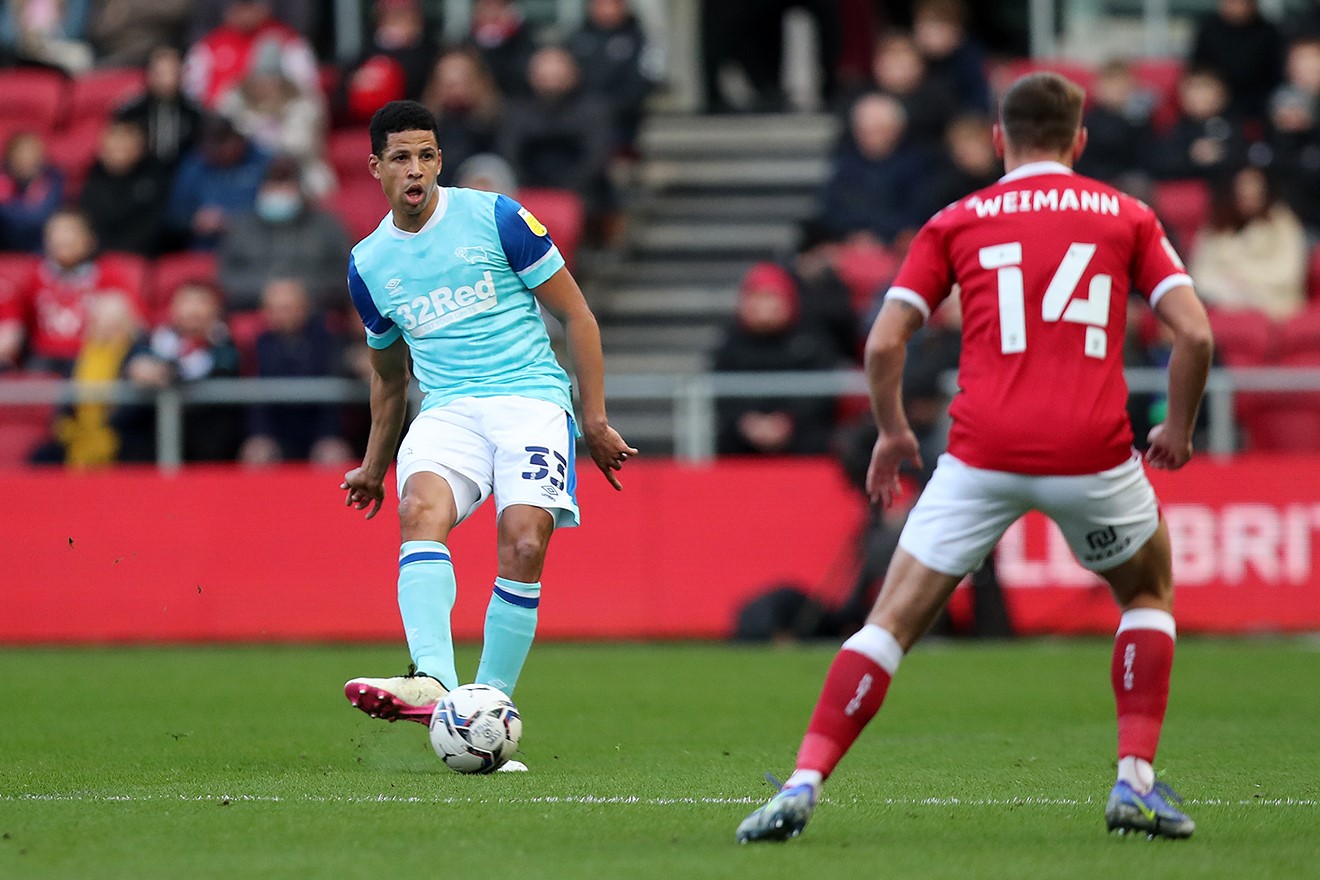 Derby felt they should have been awarded a penalty ten minutes into the half as Ebosele’s pace got the better of Atkinson who appeared to bring the onrushing winger over in the penalty box but the referee waved away the protests.

Soon after, Plange got in behind, turned in the box and found Craig Forsyth who crossed into the box but Tom Lawrence’s header went wide.

On the hour mark came Derby’s best passage of play as they almost forced the equaliser. It all started with Allsop who found Bird in space in the middle. The midfielder found Lawrence who played a neat one-two with Byrne 25 yards from goal.

The Rams skipper laid the ball nicely for Ebosele to cross as he picked out Forsyth at the back post but the left back fired over the crossbar. 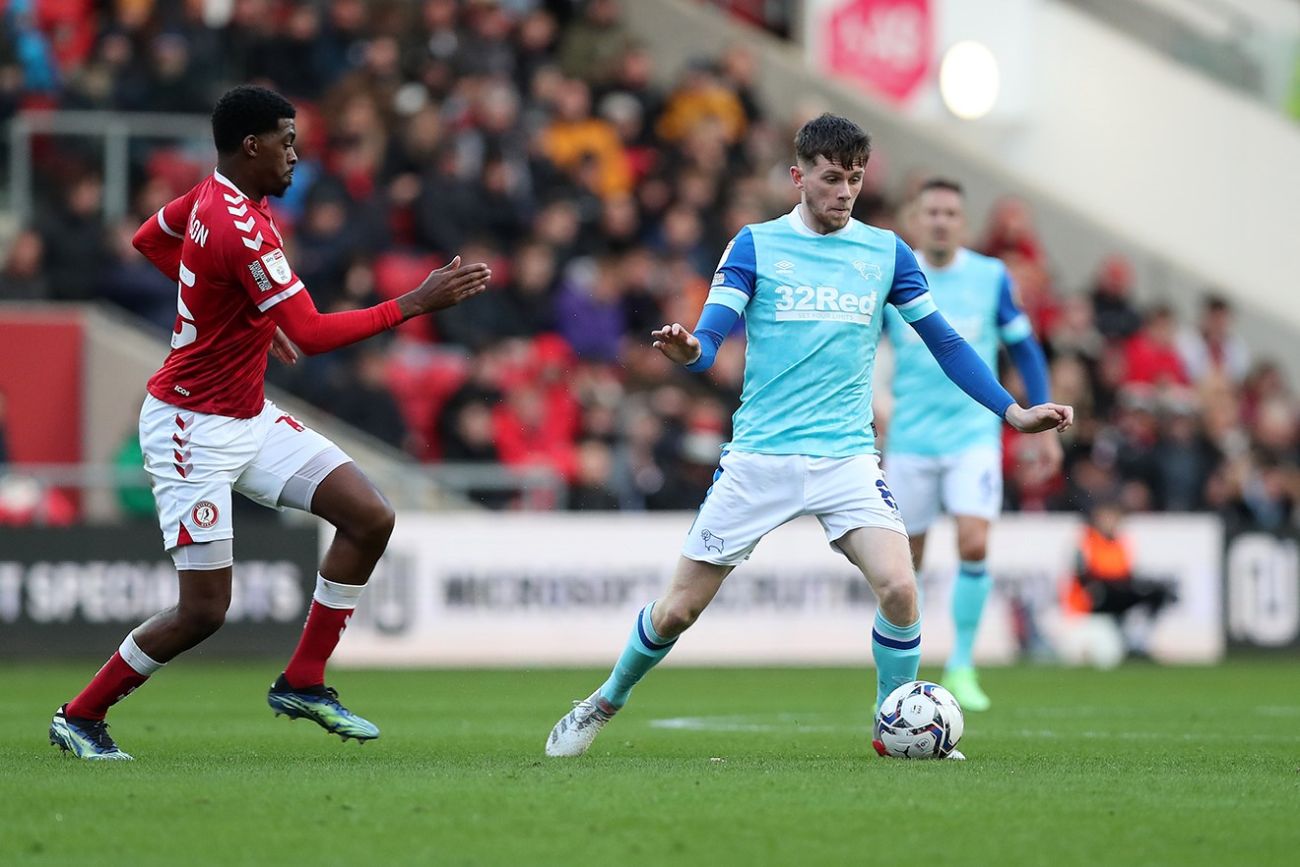 Derby continued to come forward as Curtis Davies’ header from a corner went wide of the post, whilst Max Bird’s deflected effort did not cause Robins’ goalkeeper Dan Bentley too many issues.

The Rams did battle and in the final minute of additional time, substitute Ravel Morrison almost rescued a point as he reacted quickest to a loose ball but his effort went inches wide of Bentley’s goal as Bristol City claimed all three points at Ashton Gate.