It was disappointment in the end for Adam Robinson’s Derby County Under-18 side at Pride Park as they fell to a narrow 1-0 defeat against Peterborough United in the FA Youth Cup. 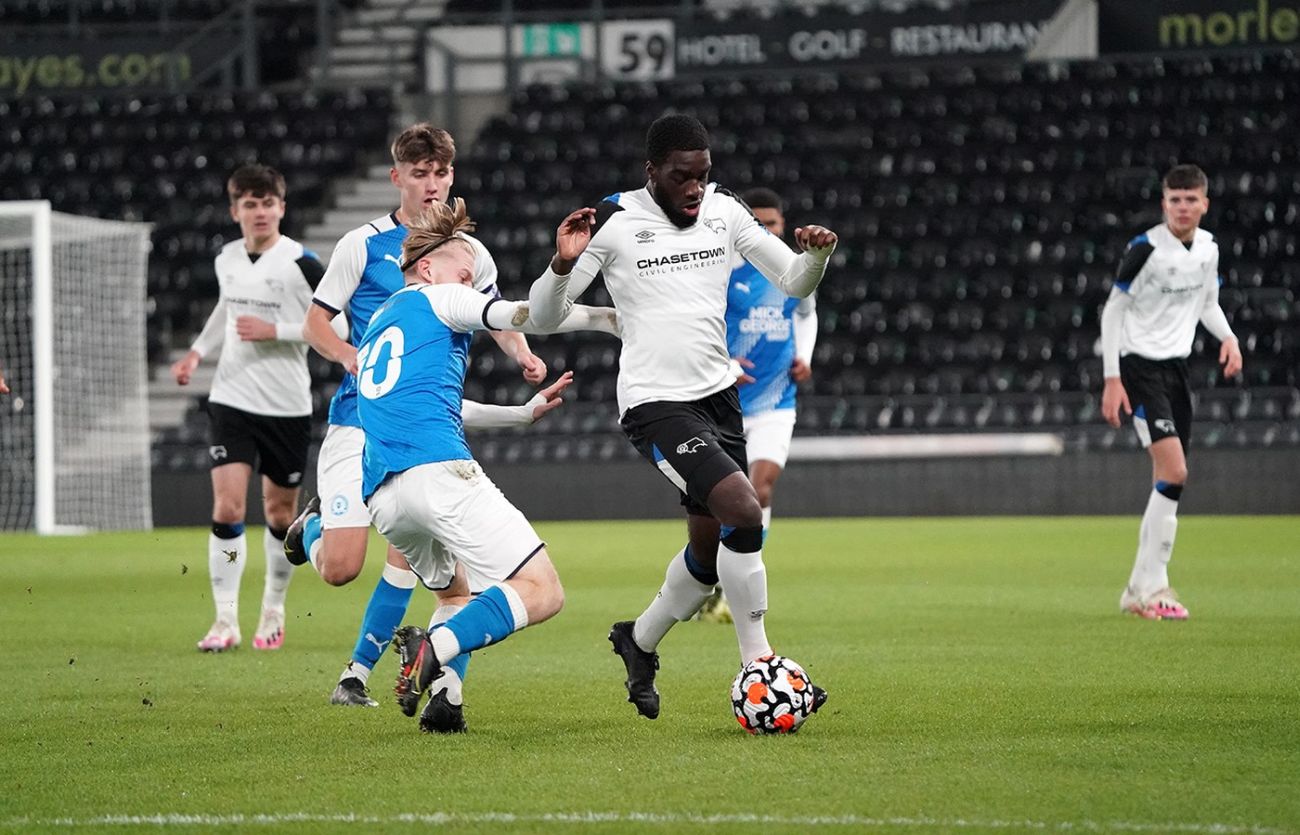 The young Rams had moments to swing the game in their favour throughout, but the visiting side’s defensive resilience won out as they progressed to the Fourth Round of the competition.

Derby started the game with plenty of the early possession but struggled to create openings as the visitors looked dangerous in transition and persisted with the high press.

In the first half, there were six bookings in a closely contested and scrappy battle at Pride Park, as Peterborough sat deep with a compact shape and frustrated the young Rams for long periods. 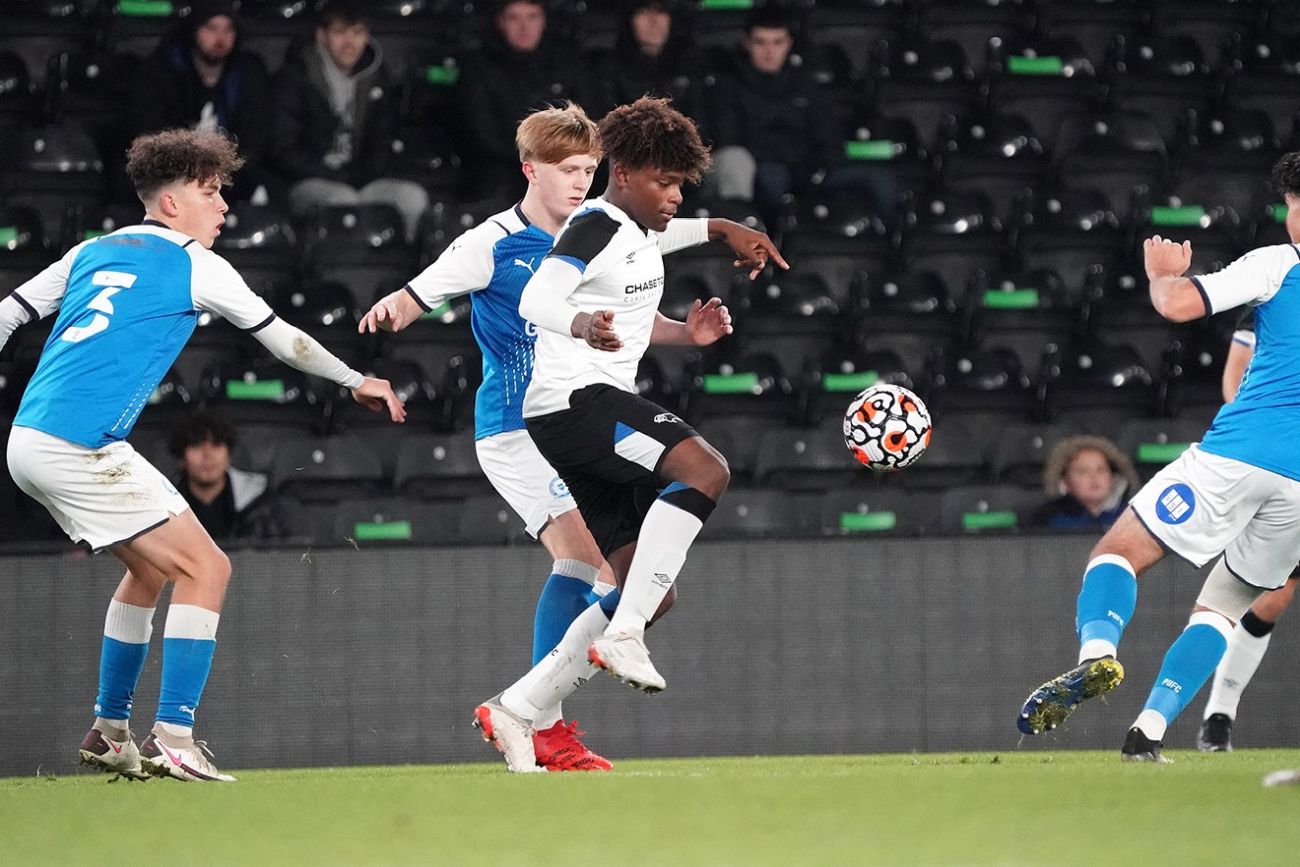 Alfie Roberts did well to deny Gabriel Overton in a one-on-one situation before Dajaune Brown had the first opportunity of the game for Derby. The striker forced a save off William Lakin with a strong, curling effort from just outside the box.

Brown was then denied by an excellent last-ditch challenge in the Peterborough area, and the subsequent corner found Bayo Fapetu, who struck the post with his near-post header. 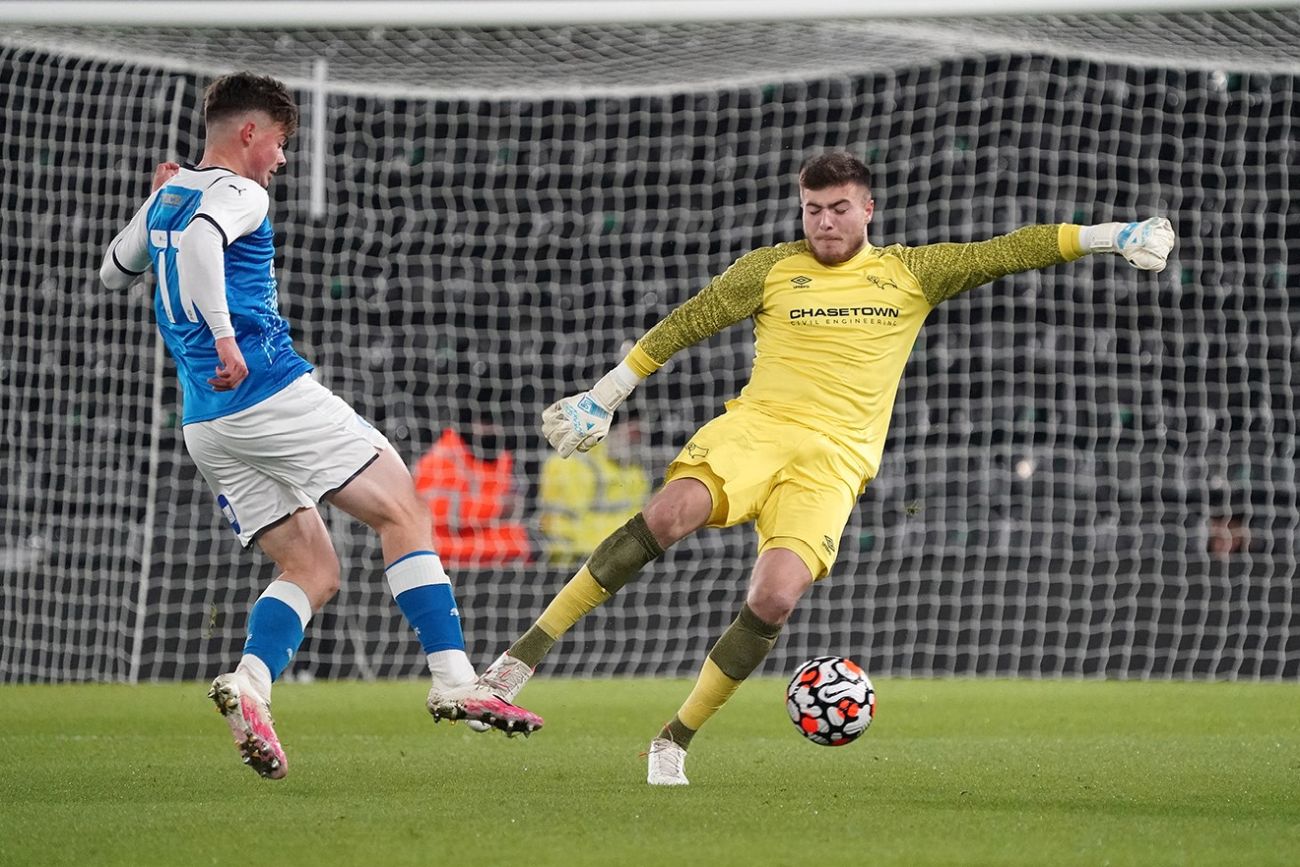 That was the closest the hosts came to scoring in the first period before Peterborough converted with their own chance down the other end. Roberts spilt the ball into the path of Kellan Hickinson, who had an easy finish into an empty net to give his side the lead.

In reply to going a goal down, Sam Sebagabo had an effort saved by the fingertips of Lakin just before half-time. Despite the young Rams’ persistence and dominance of the possession, the visitors went into the break with a slender lead. 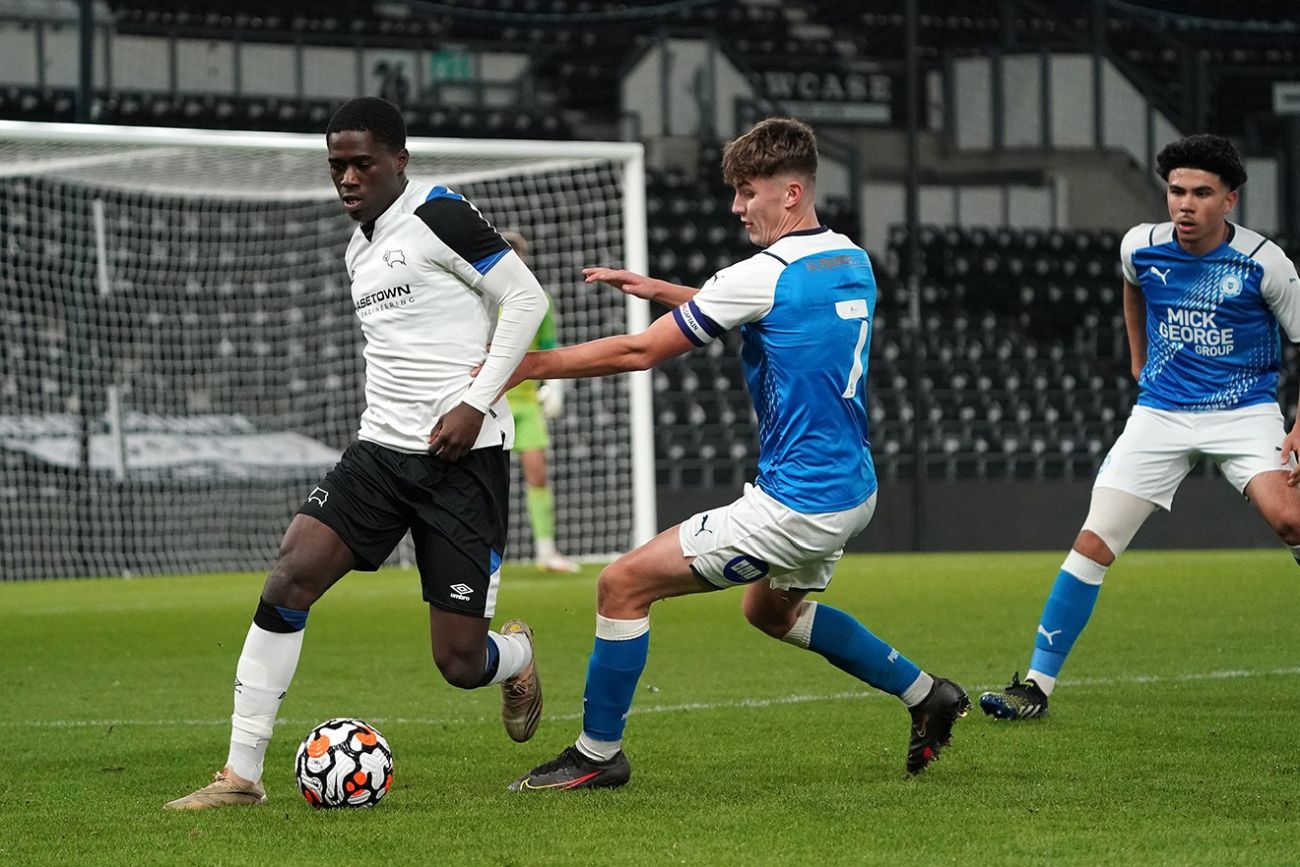 Robinson’s side came out with more intensity at the start of the second half, as Malcolm Ebiowei had a shot from distance that stung the palms of the Boro goalkeeper Lakin before Brown fired just over off a cut back from Fapetu. 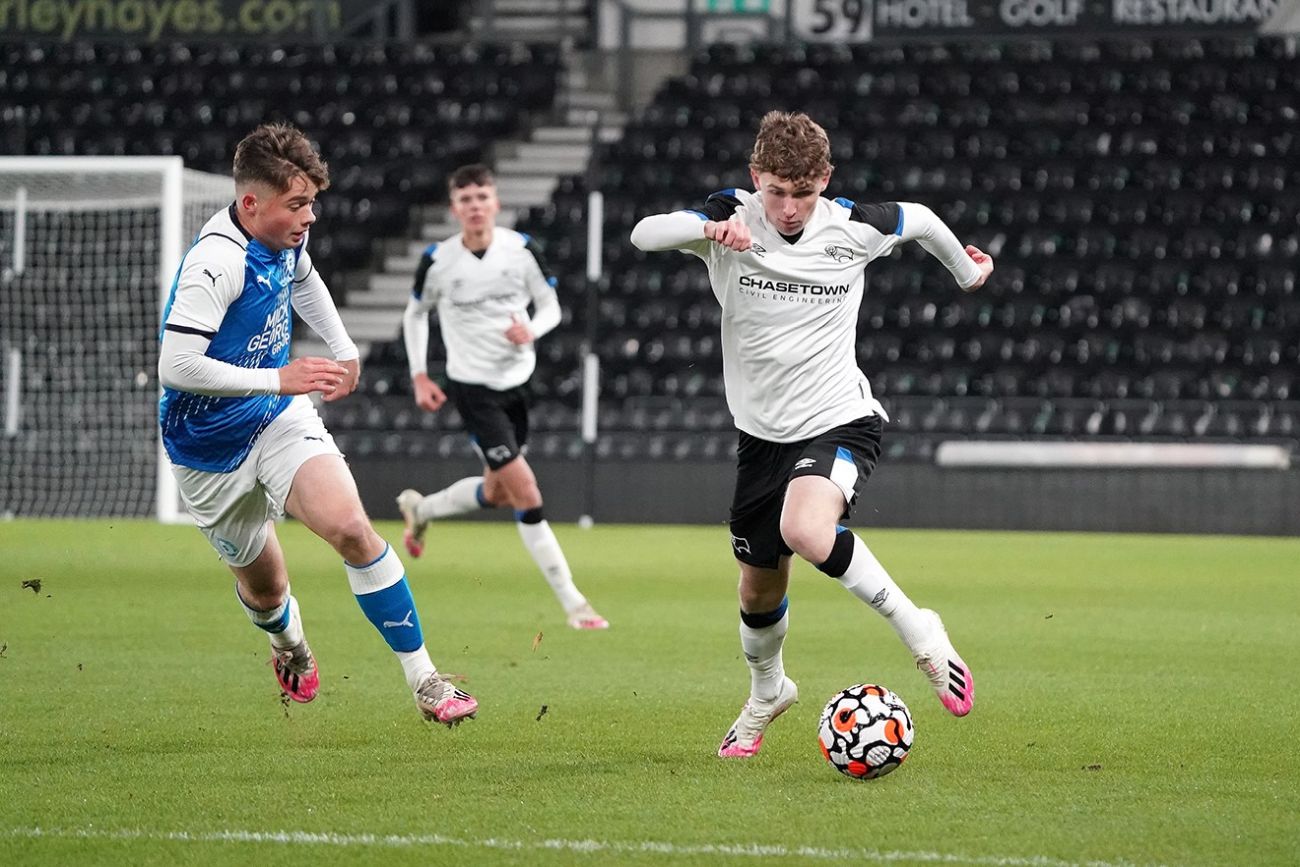 Minutes later, Derby had penalty appeals waved away by the referee as Ola Ibrahim broke into the box and swivelled past a Peterborough defender before falling to the ground.

Ebiowei was in on the action again, cutting in from the right onto his stronger left foot; however, his shot flew wide of the left post this time. Substitute Omari Kellyman followed up with another opportunity shortly after from the opposite side of the box, but his shot also rolled wide. 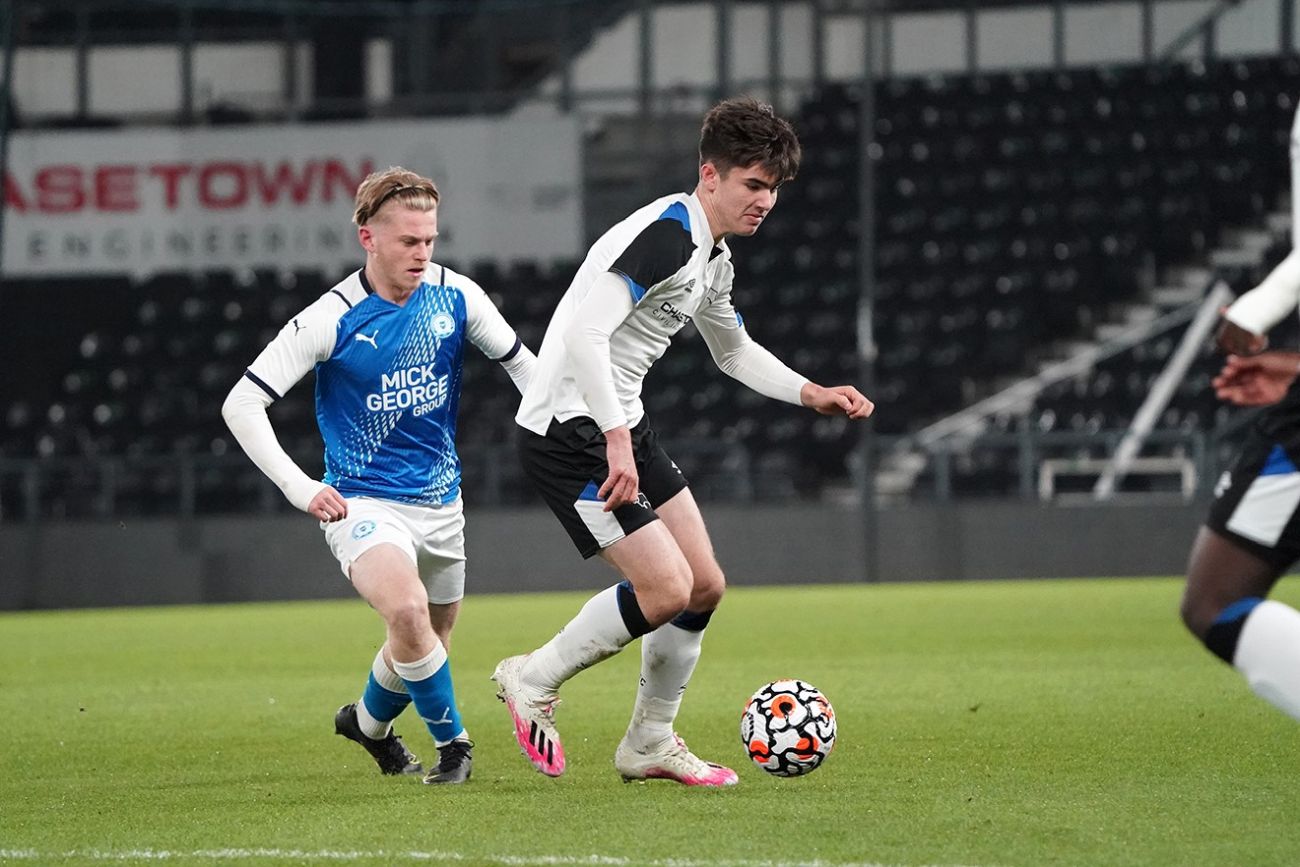 It was a frustrating evening for the home side, who had plenty of the possession but could not break down a well-structured Peterborough side, who stuck to their counter-attacking gameplan well throughout the cup tie.

Derby had a handful of half-chances in the last ten minutes of the game, with Kellyman, Ebiowei and Ibrahim all getting to the Peterborough by-line on separate occasions. However, each of their crosses were cut out before they could reach a forward in the middle. 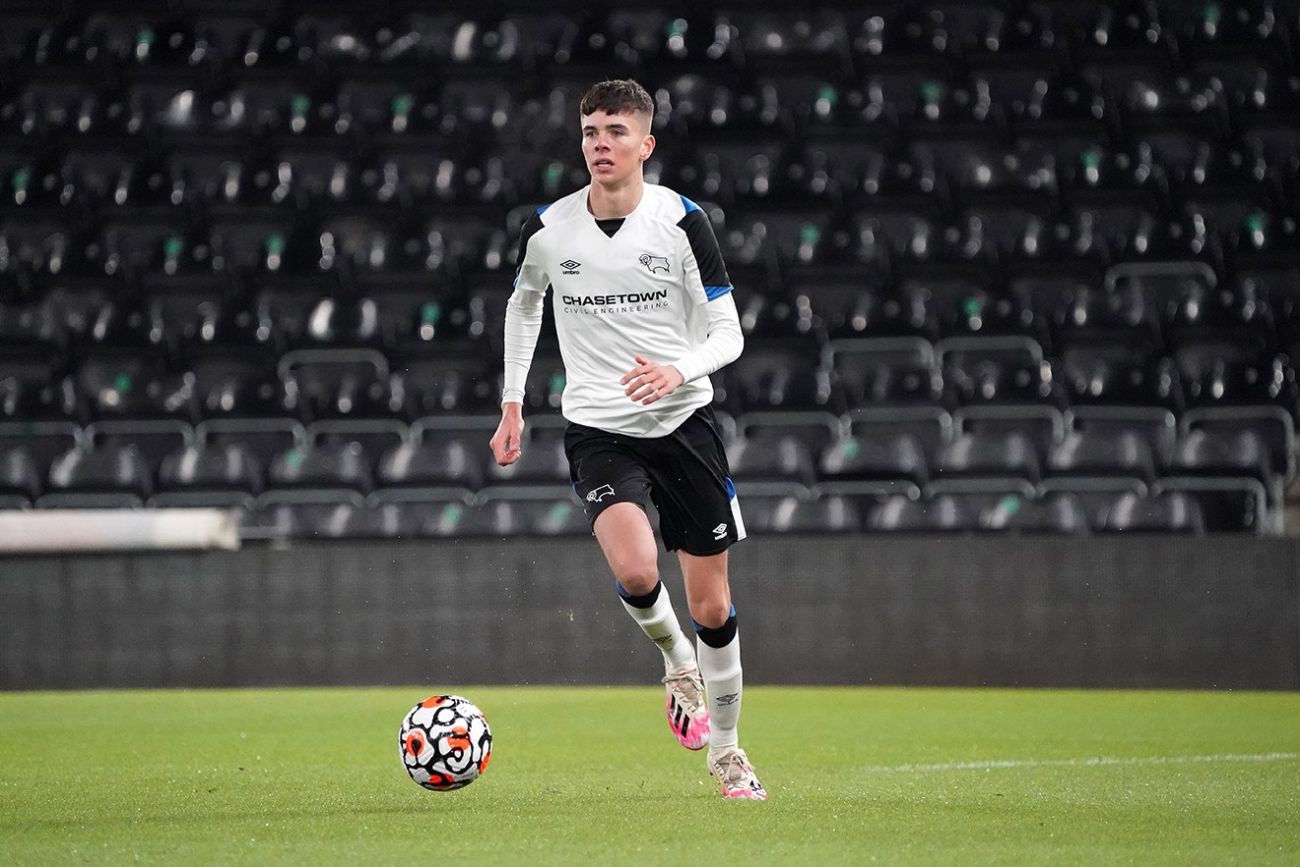 The visitors held firm to see out a memorable victory at Pride Park despite the young Rams’ best efforts in the second half to pull the game back in their favour.