Last Saturday’s 2-0 home victory over Sheffield United marked a major milestone for Derby County midfielder Jason Knight as he made his 100th appearance for the football club.

It’s been a monumental rise for the Irish midfielder who reached the landmark just two-and-a-half years into his professional career and a month prior to his 21st birthday.

Knight joined the Derby ranks in 2017, signing a two-year scholarship with the club’s Academy system. He enjoyed success, helping the Under-18s to the Premier League National title in the 2018/19 season as they beat Arsenal 5-2 at Pride Park Stadium in the Final, after winning Premier League - North.

Knight’s eye-catching performances for the Under-18s and Under-23s did not go unnoticed by the club’s first team staff.

He was named on the bench for the 2018/19 Play-Off campaign as Derby beat Leeds United at Elland Road to secure a place in the Final, whilst he was an unused substitute in the defeat to Aston Villa at Wembley Stadium.

After Lampard left and was replaced by Phillip Cocu in the summer of 2019, Knight was a consistent member of the first-team squad and made his professional debut against Huddersfield Town on the opening weekend of the 2019/20 Sky Bet Championship season.

He replaced Kieran Dowell with five minutes remaining as the Rams saw the game out at the John Smith’s Stadium and secured a 2-1 victory over the Terriers. 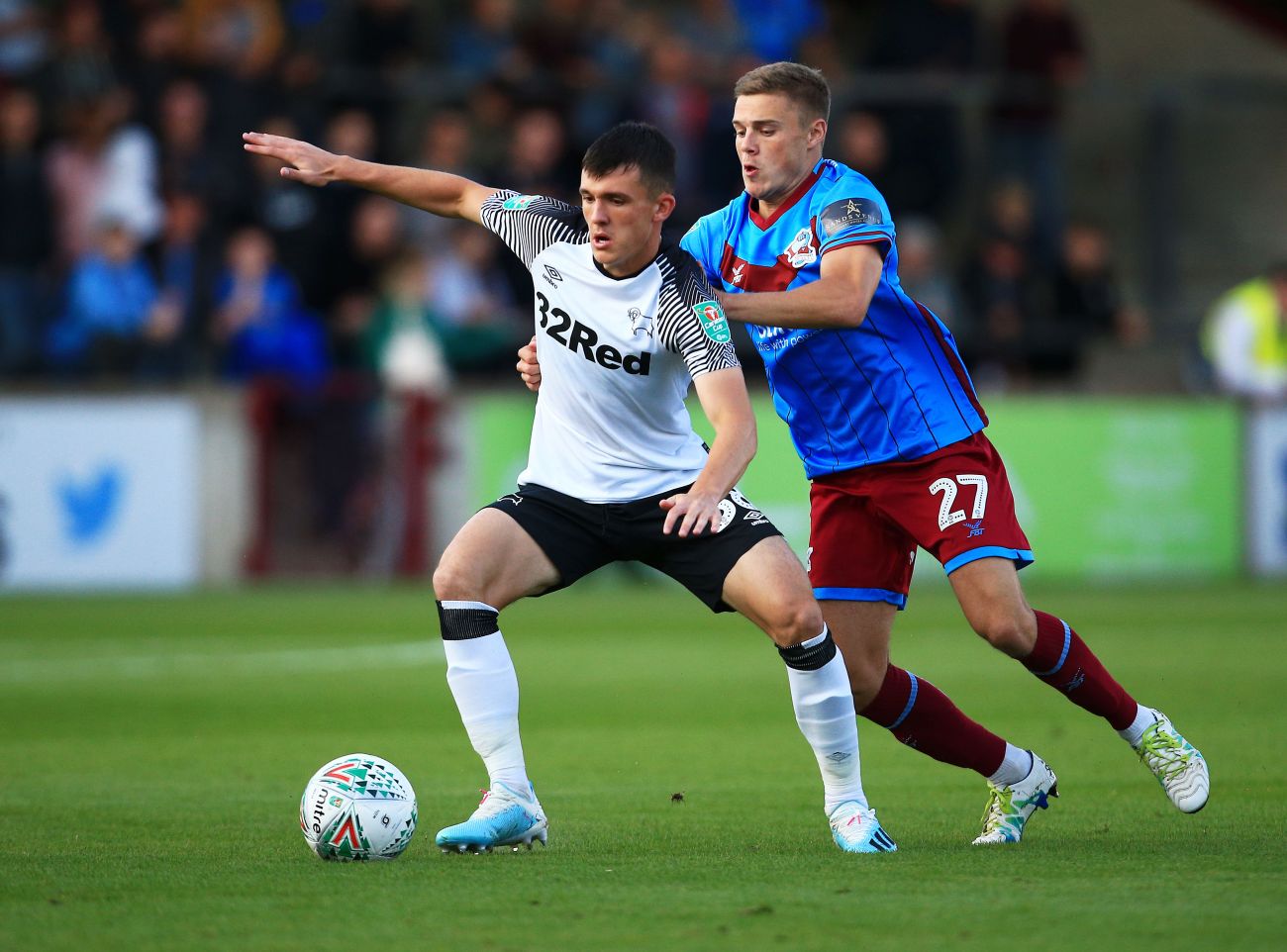 Since then, Knight has gone from strength-to-strength, which has even earned him international recognition as he earned his first senior cap for the Republic of Ireland in October 2020 against Finland.

And, on Saturday, he reached his personal landmark of 100 competitive games for Derby County in the convincing 2-0 victory over the Blades as Tom Lawrence scored twice in the second to secure a valuable three points at Pride Park.

Reflecting on his achievement, Knight knows he has come a long way in a short space of time but is keen to continue his progression and not look back.

“I didn’t expect it to come at such a young age, but I always had a belief in myself that I could make first-team appearances and play for my club and country,” he told RamsTV. “It’s a really proud moment for me and my family.

“The simple things like bringing you to games and training, that’s difficult on them so it’s a lot of hard work from myself and other people behind the scenes as well.

“Football has been around the family a lot. My brother still plays, my dad played, my sister didn’t play but she is a sports person herself so it has always been in the family.

“To reach 100 appearances is great not just for myself, but for my family too.” 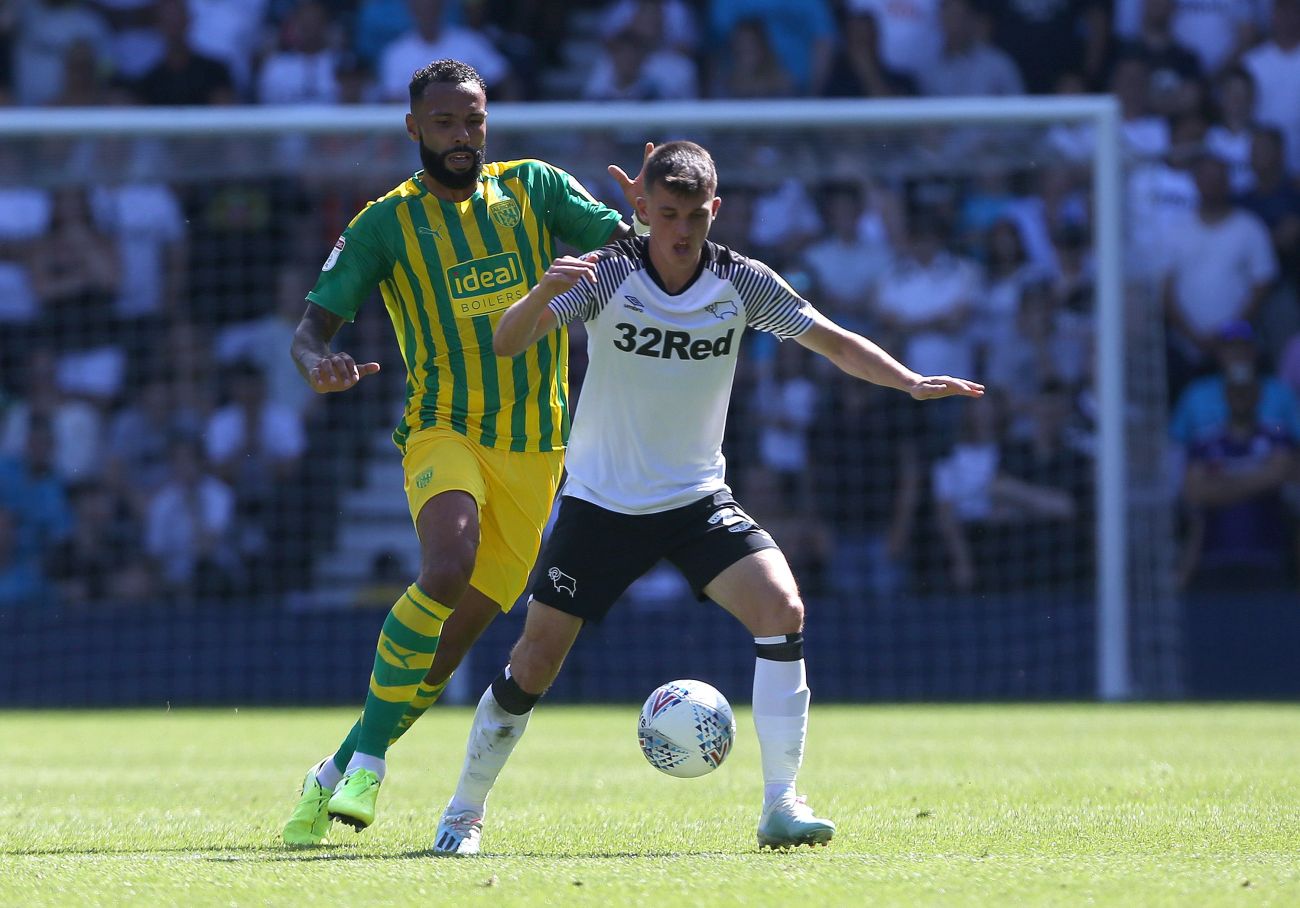 He added: “I’ve matured a lot coming through, I feel. It’s a completely different situation that you find yourself in when you step up to men’s football.

“There is more pressure, but I think I’ve definitely improved as a player. I’ve played in a number of positions as well which is maybe another string to my bow. I just want to keep playing and keep improving.”

The midfielder admitted to being nervous ahead of his debut against Huddersfield, but he showed himself on the first team stage against Scunthorpe United in the Carabao Cup a couple of days later.

Knight was the stand-out performer, along with fellow Academy graduate Lee Buchanan, as the Rams secured a 1-0 victory at Glanford Park.

The appearances kept coming. His first league start came in a televised fixture against promotion-favourites West Bromwich Albion at Pride Park soon after in a 1-1 draw, whilst he was a regular in the side over the hectic Christmas schedule. 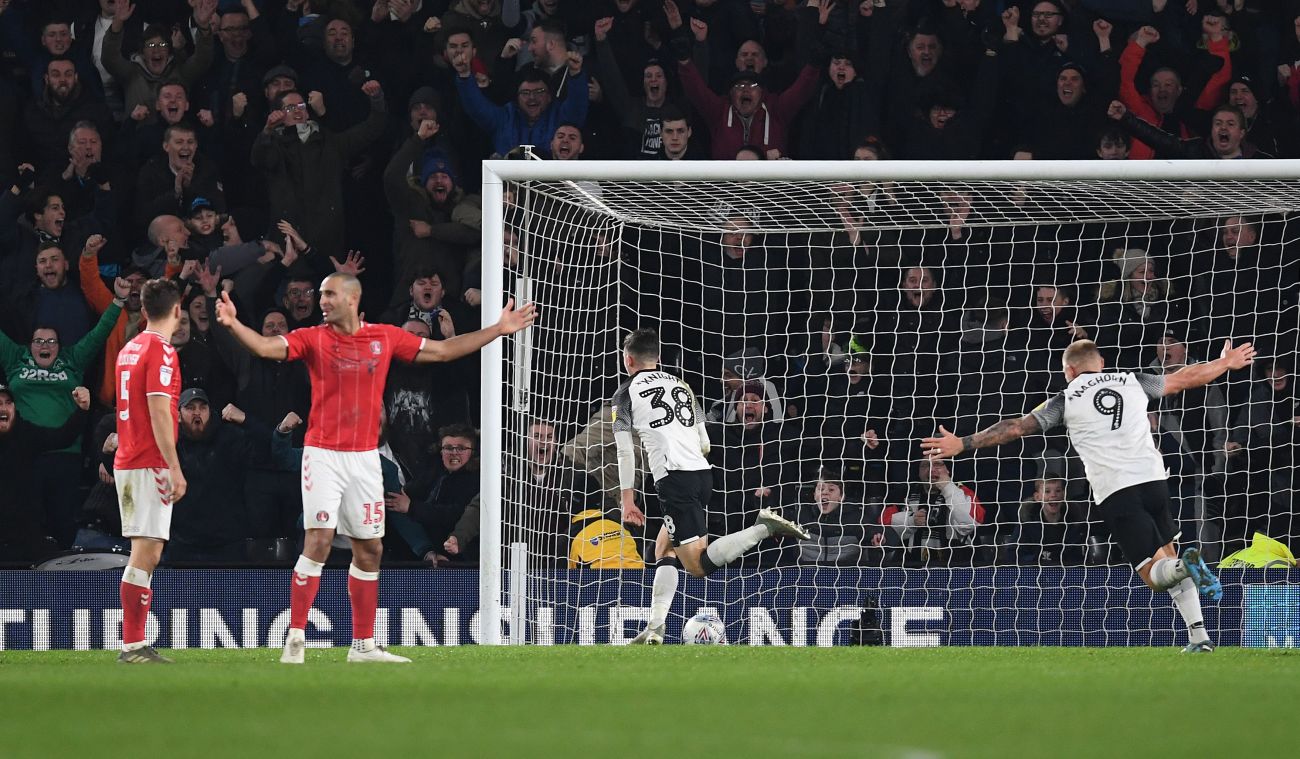 And, just after the festivities came one of Knight’s best memories as a Derby player so far as he netted his first professional goals for the club, grabbing a brace in a 2-1 victory over Charlton Athletic.

“That was a great night for me,” he admitted. “It was at Pride Park, under the lights, with a full crowd and it was a great game. We won and that moment was special.”

He went on to score six in his first season at senior level, whilst since then he has scored a further five taking him on to 11 in total. Knight admits he needs to add more goals and assists to his game, but that will come in time. 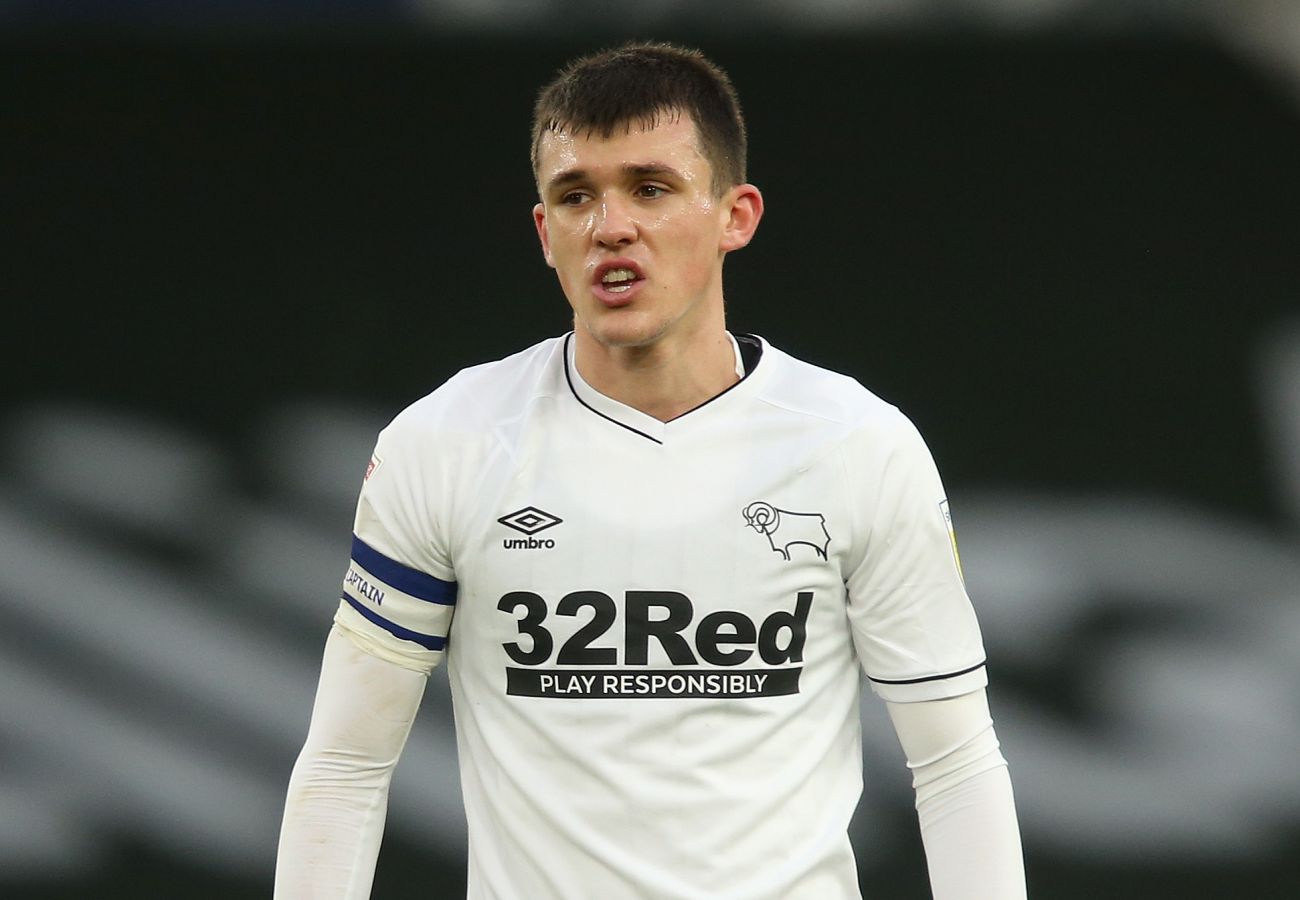 Following the departure of Cocu, Wayne Rooney took over as the club’s new manager just over a year ago, and immediately put his faith in Knight, handing him the captain’s armband for some crucial league fixtures.

“That was fantastic,” he remembered. “I remember it vividly. We had a few injuries but it was still a great moment and it’s one I look back on very proudly. It’s something I’d like to do again.

“It was quite casual how the manager told me. We passed each other in the corridor and he said I was going to be captain tomorrow and then walked off.

“The next day, you see the armband on your place in the dressing room and it was a great moment and something I’m very thankful for.

“You are given that tag because of your leadership role already. In my personal opinion, you don’t have to do any more or less, you just have to go out and perform.” 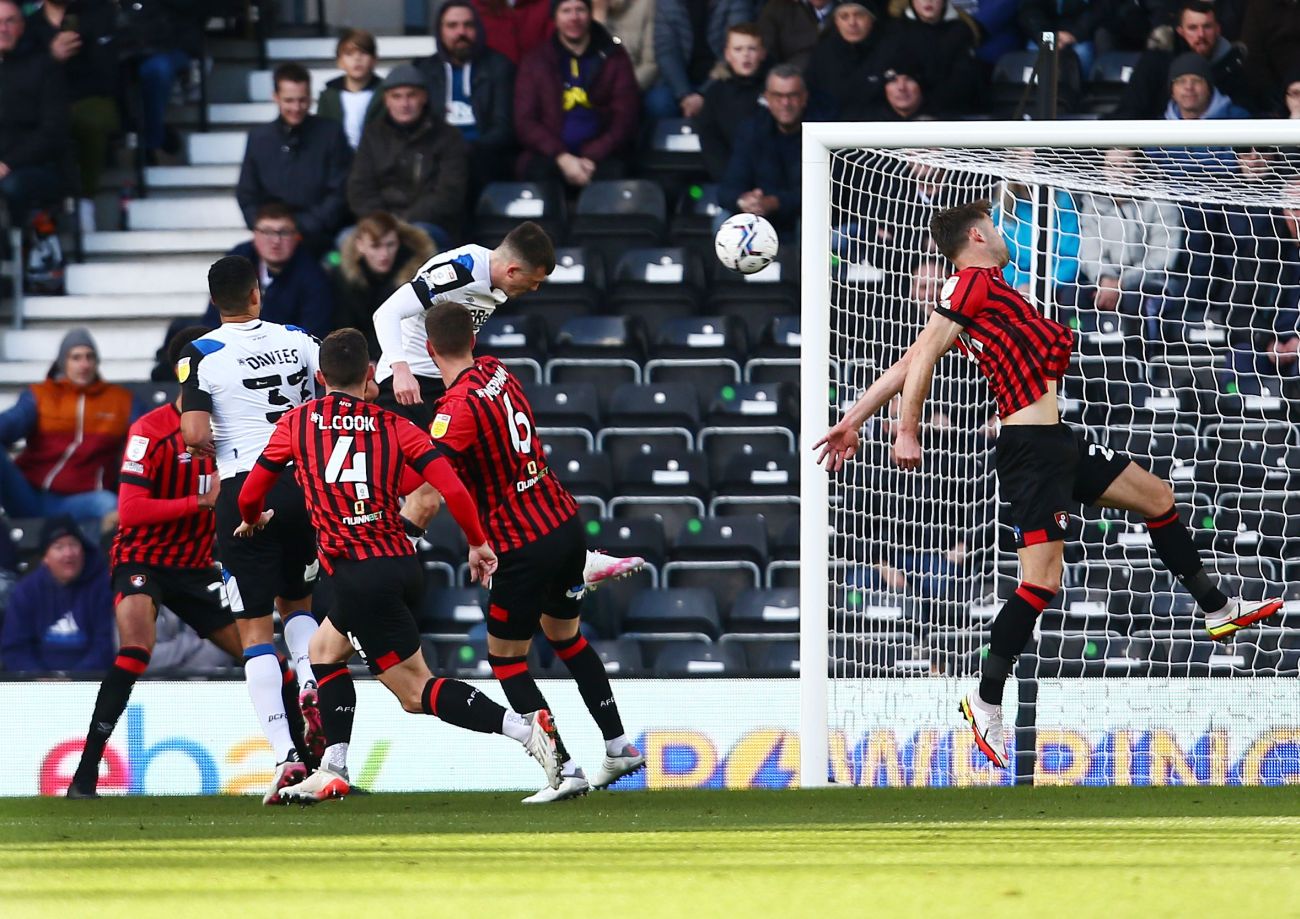 The Rams went on to survive in the Sky Bet Championship at the end of the 2020/21 season, staying up after earning a 3-3 draw on home turf against Sheffield Wednesday who themselves suffered relegation to League One.

It was a relief for Knight to stay in the division, but the 2021/22 campaign has thrown up further challenges for the Rams as they have been handed a 21-point deduction for entering administration and historical breaches of profitability and sustainability rules.

But, the Rams have showed incredible resilience and courage to fight back and give themselves a chance of staying up. Four wins and a draw in their last five league games have seen Rooney’s side move within eight points of Reading who occupy the 21st spot.

It’s going to be a tall order, still, but Knight’s hunger and desire to help drag the club away from danger shows the type of character that he is. If he does succeed in his task, it will be one of Derby’s greatest ever seasons. 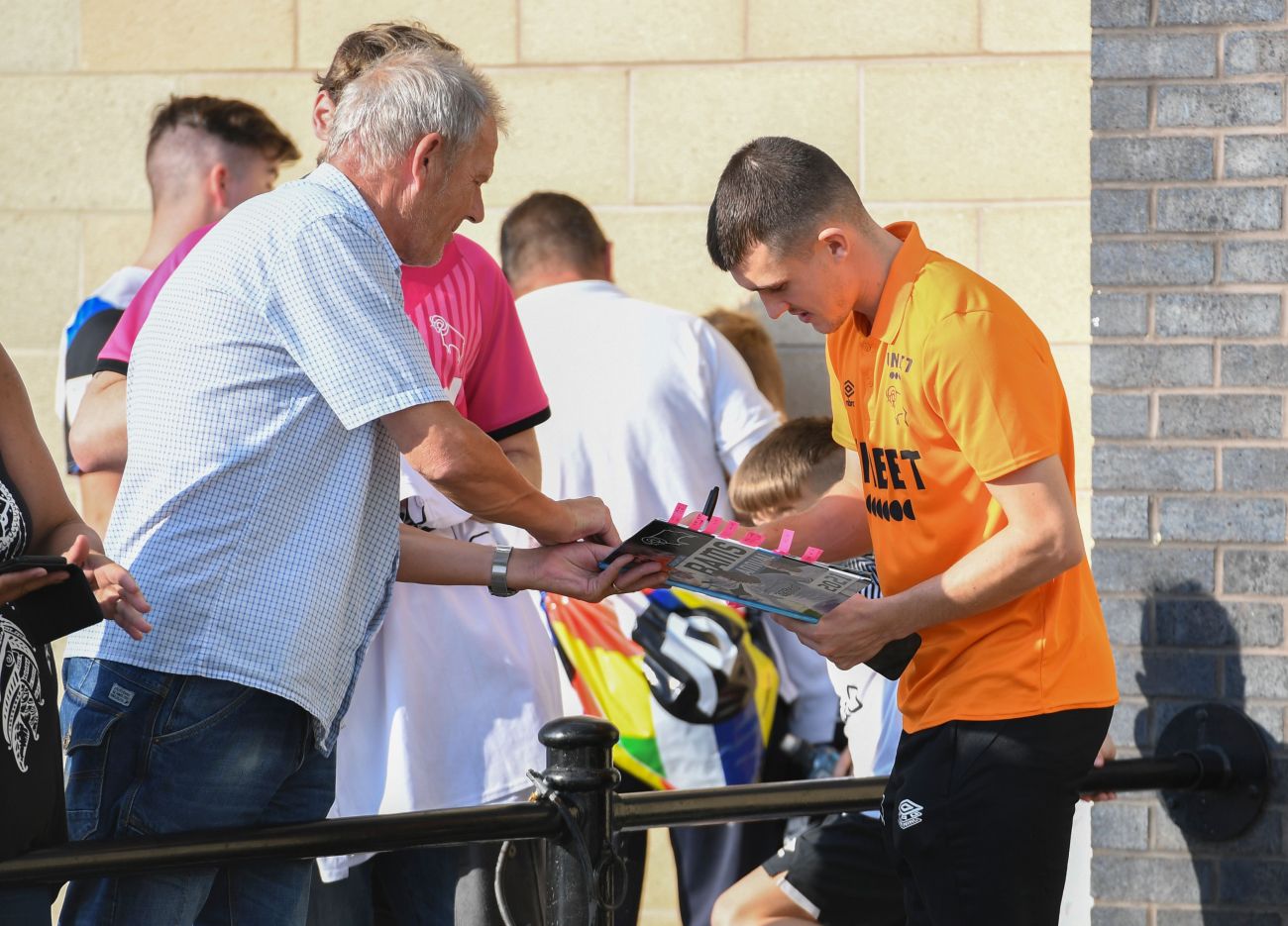 It’s been five years now since Knight made the step into the unknown and swapped his comfortable surroundings of Ireland to the hustle and bustle of Derby, but since his introduction, the fans have taken to him straight away.

His energy, work ethic and passion has endeared him to the supporters and he is forever thankful for their support

“Walking through the city, you always see people who want to say hello or take a picture and they have always been great with me ever since I’ve come into the club,” he said.

“They have been really supportive and really backed me. You don’t always play well and they’ve still supported me so it’s something I take real pleasure in and I always try to prove them right.”