Derby County’s five-game unbeaten run came to an end at the City Ground as they were beaten 2-1 by local rivals Nottingham Forest. 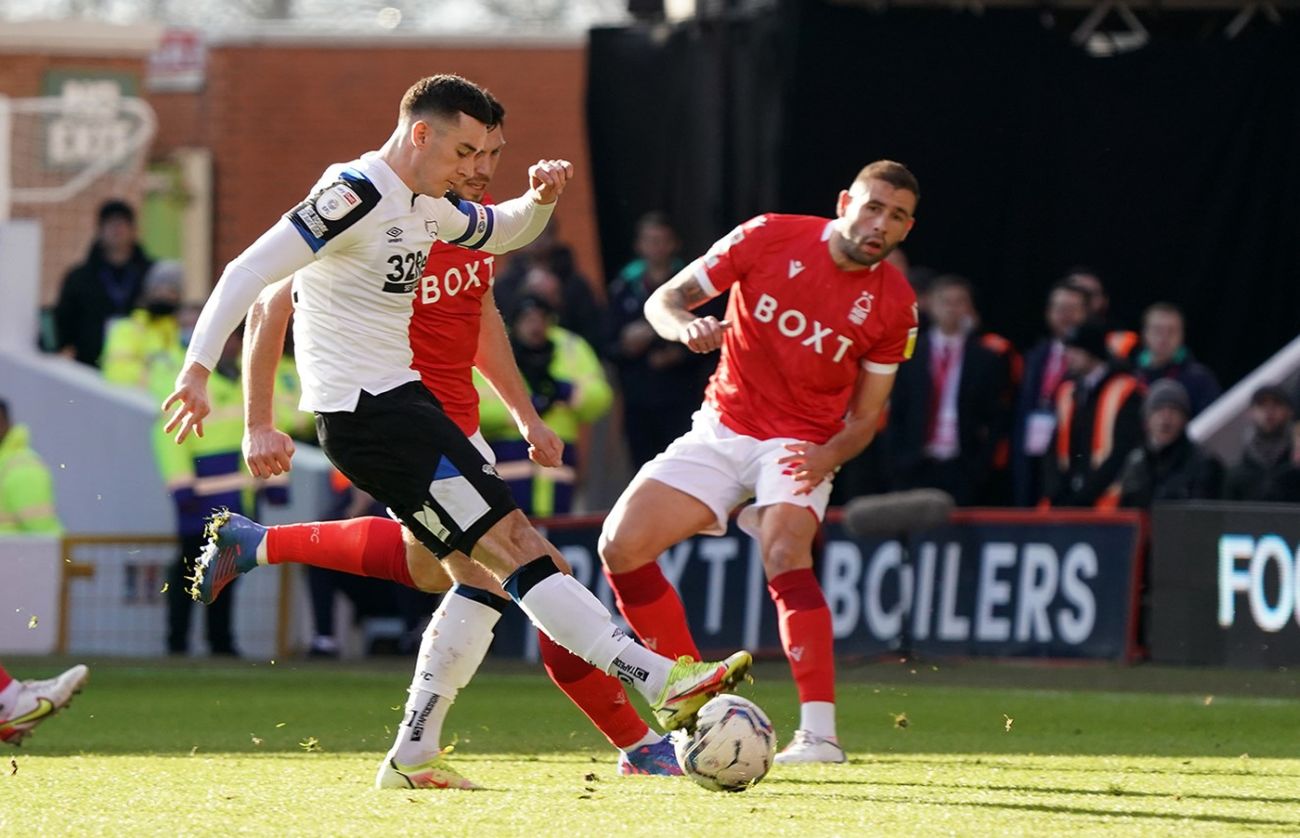 Lewis Grabban put the hosts ahead at the start of the second half, whilst Brennan Johnson extended Forest’s lead with eight minutes of the game remaining.

Derby continued to fight and gave themselves a lifeline as Tom Lawrence won a penalty late into the game, which he dispatched in front of the noisy Rams supporters.

But, unfortunately the Rams could not get themselves back into the game and were reduced to 10 men in the last moments as Ravel Morrison received his marching orders as the five-game unbeaten run came to an end. 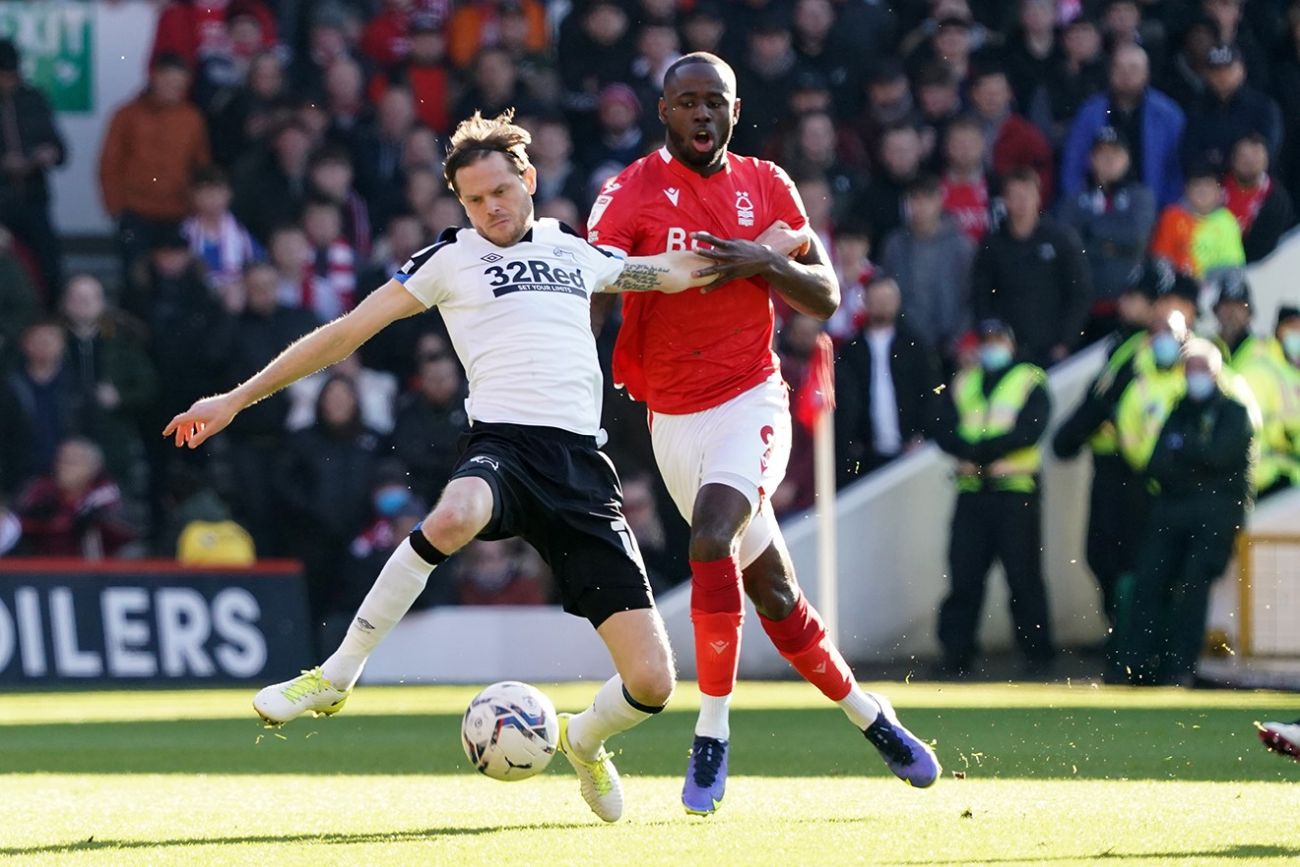 And it would be the Rams who settled into the game the better of the two sides as they dominated the early opening exchanges at the City Ground.

A loose throw out from goalkeeper Brice Samba was intercepted by Nathan Byrne who looked to expose the space in front of him. He found skipper Tom Lawrence who fed the ball sideways to Max Bird to strike but he fired over the crossbar. 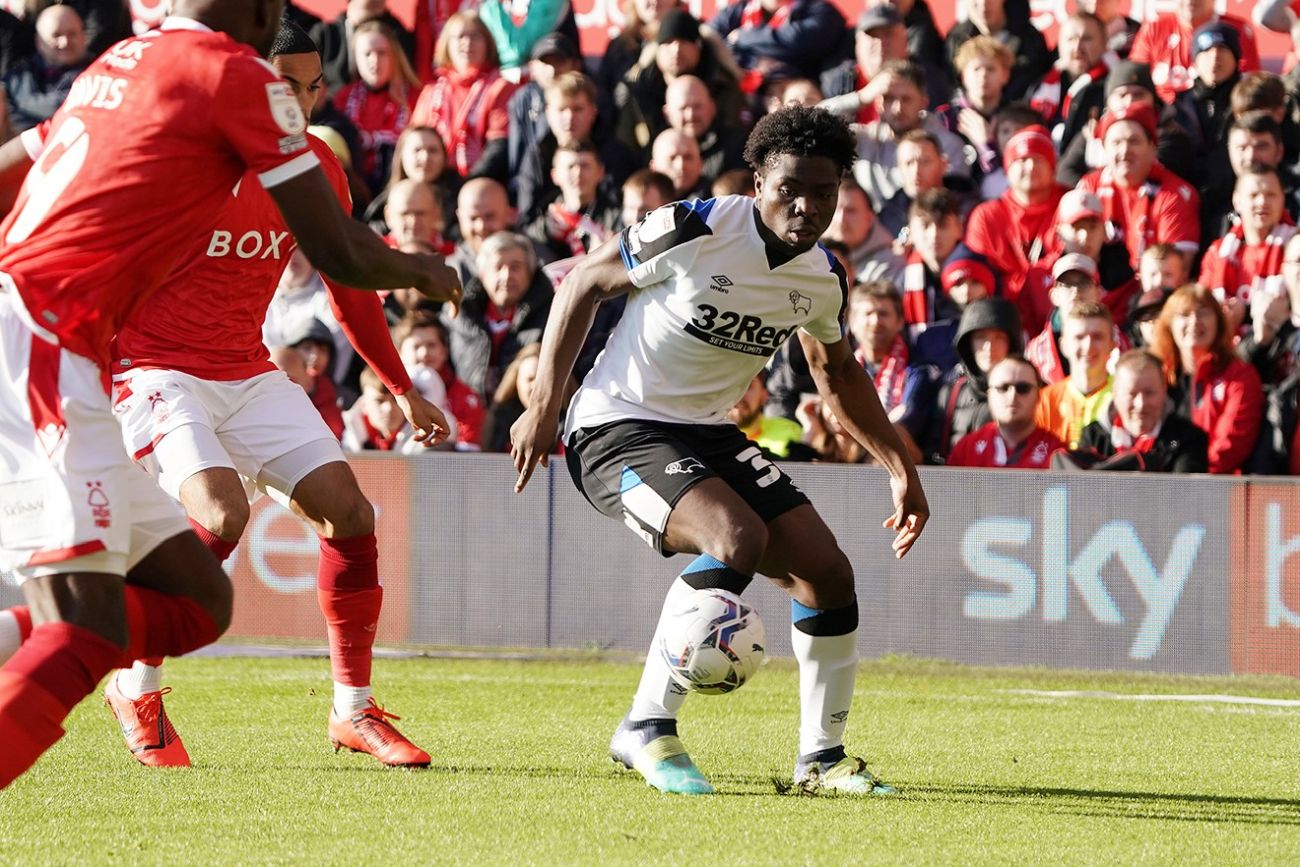 Five minutes later, Derby should have taken the lead. It was a well worked move, too. Jason Knight fortunately found the skipper 25 yards from goal, he played a neat one-two with Colin Kazim-Richards in the area but the Rams skipper, who has been in a rich vein of form, shot wide.

Rooney’s side had done their best to quieten down the home supporters as Forest gradually grew into the half.

Their first effort of the game came midway through the first half as Ryan Yates found space on the edge of the area and shot, but goalkeeper Ryan Allsop managed to palm his effort wide of the game. 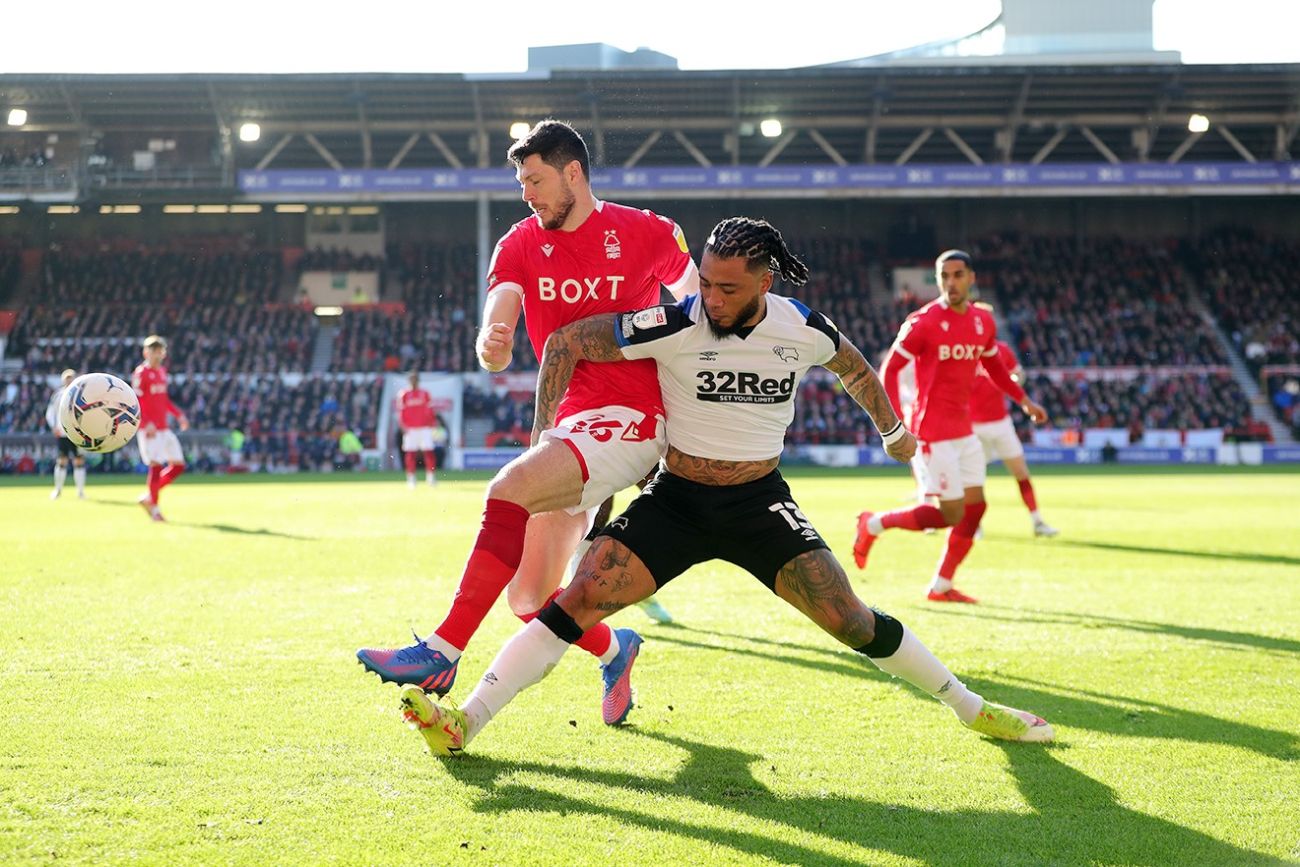 Bookings for both Liam Thompson, for a drag back on Djed Spence, and Lewis Grabban for a high boot on Thompson added to the derby-day feel, whilst towards the end of the half, Forest felt they should been awarded a free kick when Allsop appeared to collide with a Forest man.

An aimless ball over the top had Keinan Davis chasing, Allsop came out to clear as Davis dropped to the floor and the referee waved away Forest protests as it remained goalless at the break. 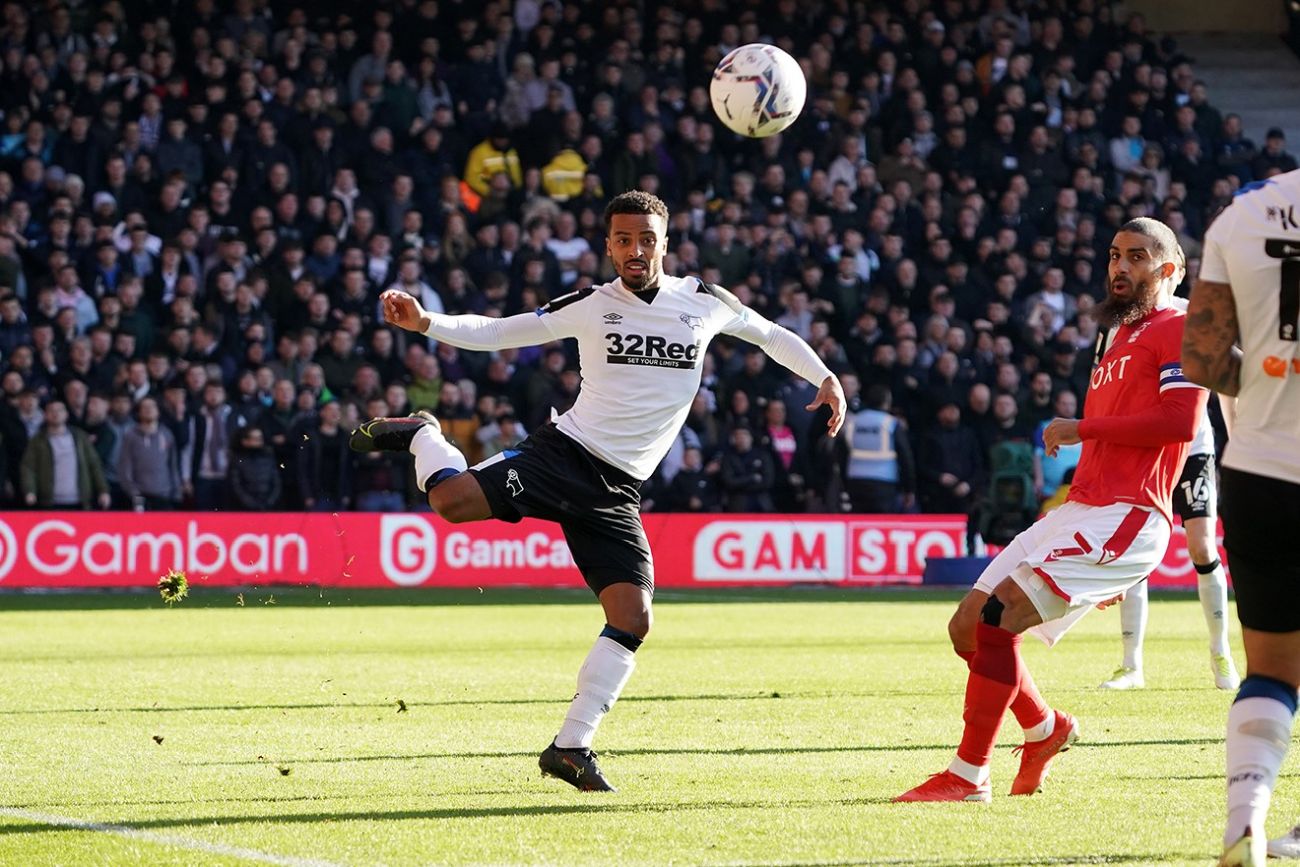 However, despite Derby’s good work in the first half, the Rams would fall behind in the opening three minutes of the second half as Grabban fired home from close range.

A free kick into the box was headed back across goal at the far post, Richard Stearman managed to block the first effort but there was nothing neither he or Allsop could do to prevent Grabban from opening the scoring.

It was almost two soon after as Derby played themselves into trouble slightly. Davis was presented with a golden opportunity to double Forest’s lead but Allsop stood up to the task and denied the striker from close range. 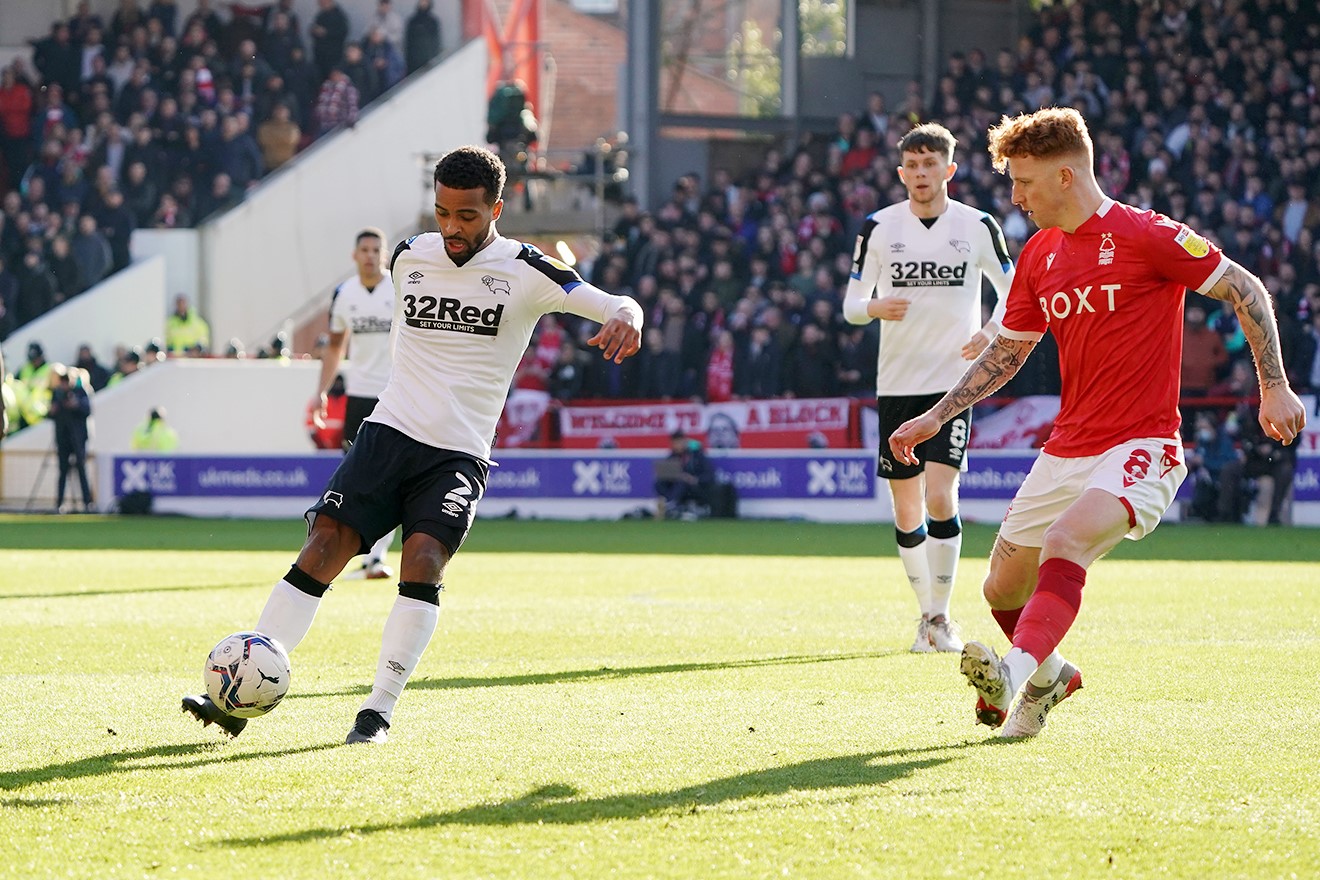 Rooney responded by making a double substitution on the hour mark, bringing on Luke Plange and Ravel Morrison and the pair almost combined to get Derby level moments later.

Lawrence picked up the ball in a wide area before advancing into the penalty box. His loose touch found Plange with his back to goal on the six yard box, he fed Morrison rushing in but his shot from eight yards deflected agonisingly wide.

Forest responded themselves as James Garner saw a 20-yard free kick fly past Allsop’s goal, whilst Grabban tried an audacious effort from 40 yards but his effort went over the crossbar. 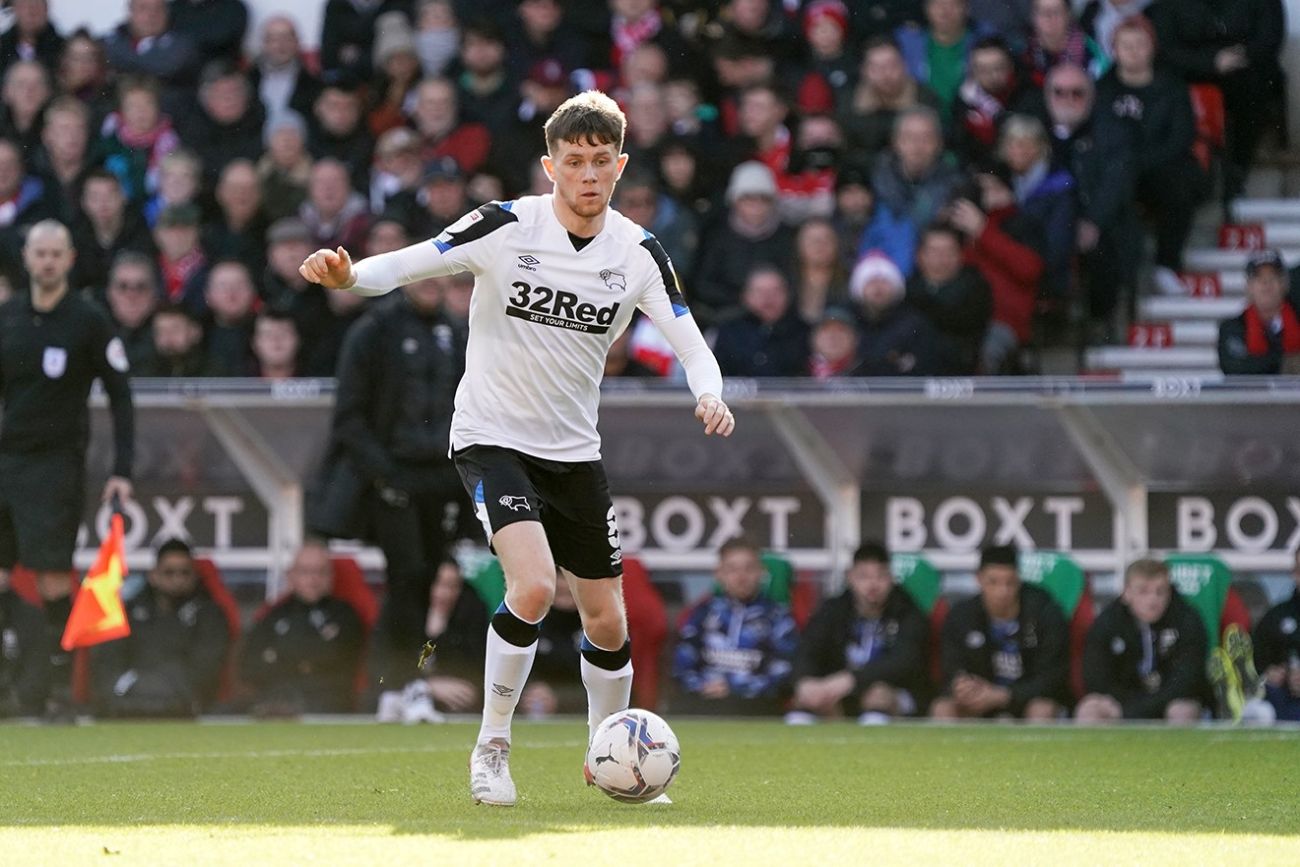 Forest did manage to extend their lead with only eight minutes of the game remaining as substitute Philip Zinckernagel crossed low for Johnson who converted from ten yards.

However, the Rams were handed a lifeline late in the game as Lawrence was fouled in the penalty area by Steve Cook and he stepped up and fired into the corner to reduce the deficit. 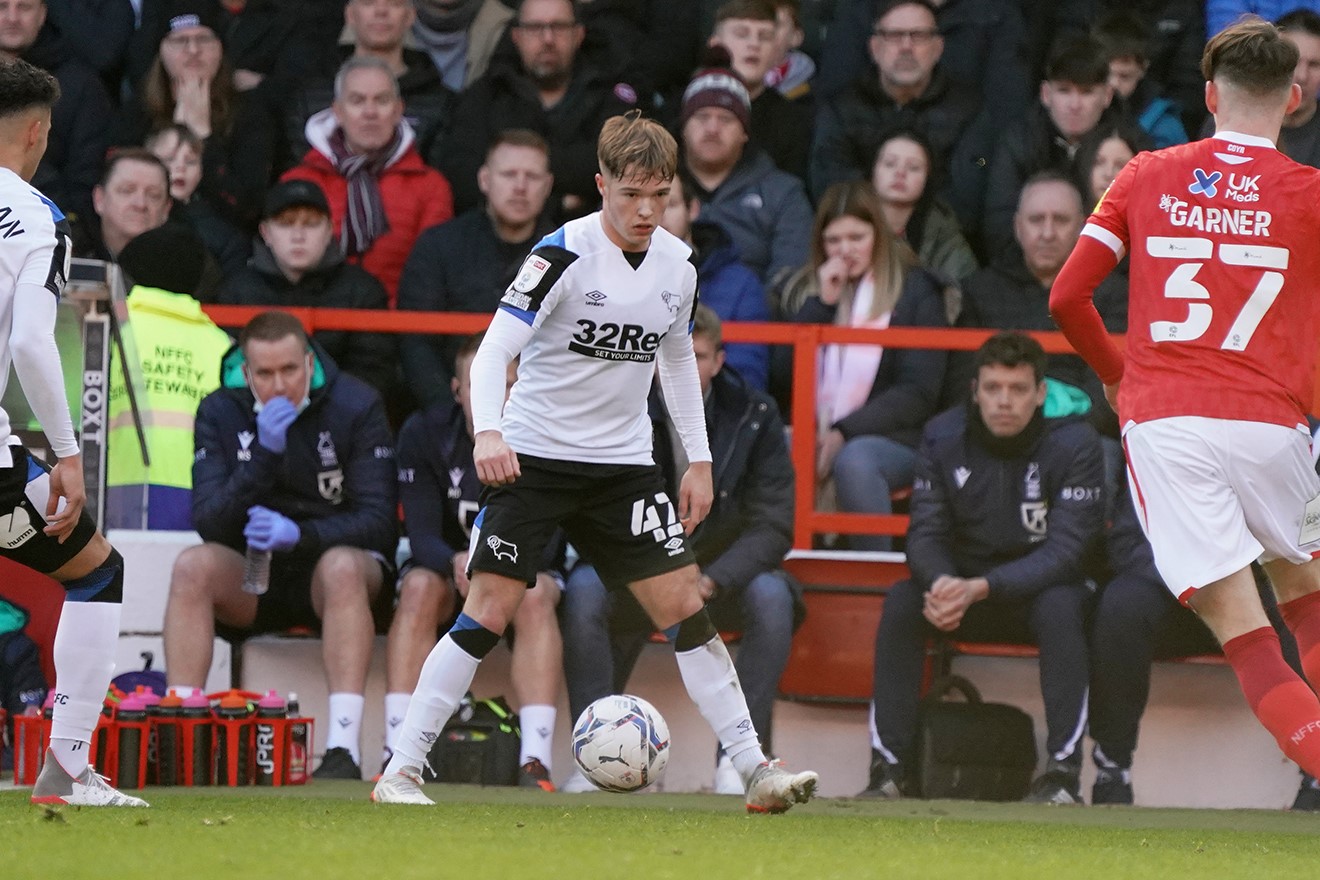 The Rams could not get back into the game and were reduced to 10 men in the final minute as Morrison was given his marching orders for a strong tackle, as Derby fell to their first defeat in six games.