Central defender Curtis Davies is looking forward to heading back to his former club Luton Town this weekend - but knows there is a tough challenge ahead for Derby County to come away with all three points. 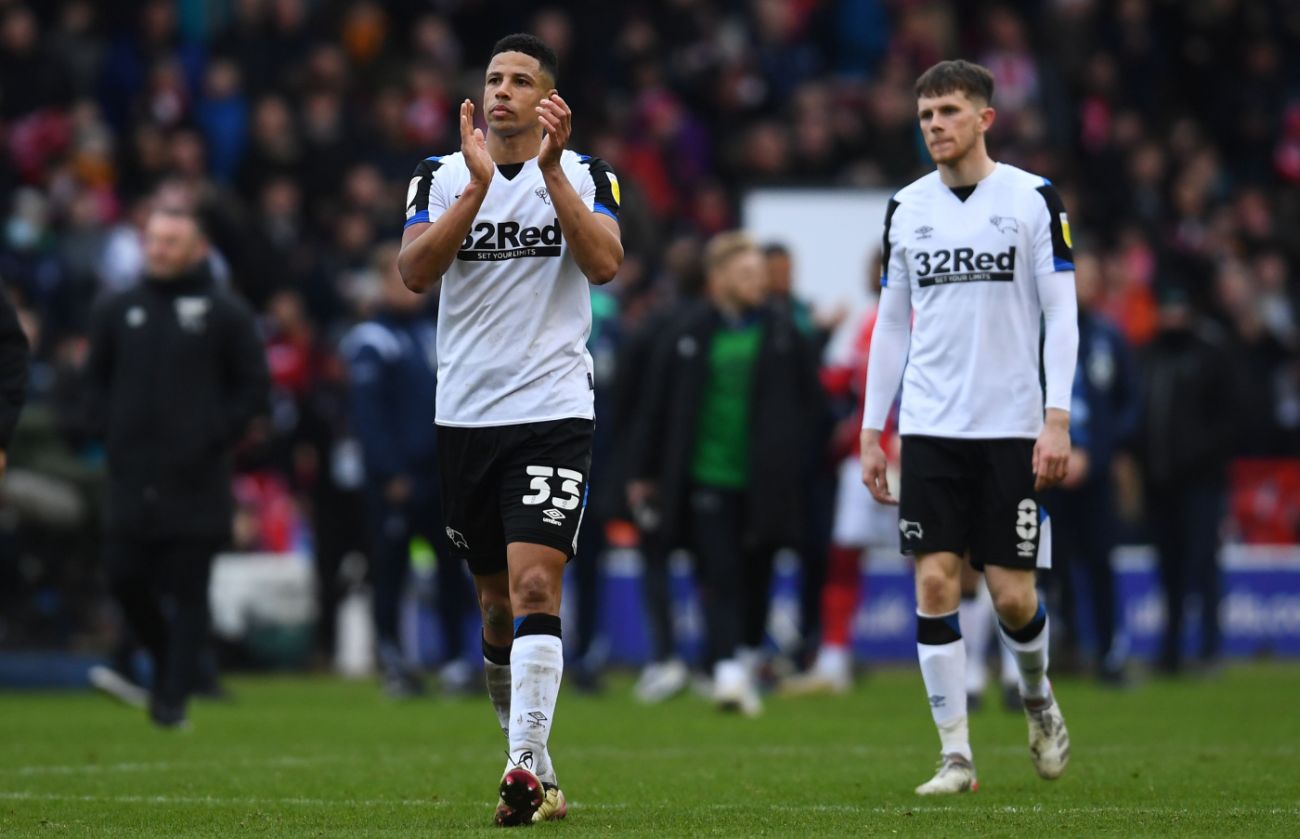 The Rams travel to Kenilworth Road to take on one of the division’s form teams with the Hatters vying for a place in the Sky Bet Championship play-off positions.

At the other end, Derby are fighting for their survival in the division and sit eight points behind Reading who are one place above the Rams in the table.

Derby have displayed good form throughout the campaign and have done extremely well to overturn a 21-point deduction for entering administration and historical breaches of profitability and sustainability rules, but know they still have a challenge to get out of the situation they find themselves in.

Wednesday’s 2-1 defeat against Millwall at Pride Park Stadium, their first at home since the end of November, extended the gap on teams above them, but the good thing about the Championship is that games are just around the corner.

Wayne Rooney’s side have three games in seven days coming up, which starts on Saturday against Nathan Jones’ Luton side (3pm kick-off) and Davies is expecting a battle to gain all three points.

“Luton is a team that is close to my heart,” he told RamsTV. “They’re doing fantastic at the moment and have won 10 of their last 14 games in all competitions, so they’re flying.

“I know we will fill that away end out and it will make for a good atmosphere.”

He added: “We know we’ve got a big task ahead and it doesn’t change our mindset. We still go into every game trying to win it because we have to claw those points back.

“The sooner we do get those points, as much as we think teams have pulled away, we might drag a few teams back in. There are a lot of matches still to play.

“We’ve got 13 left to play so there remains a lot of points to play for. We can’t affect what Reading do, we just have to concentrate on what we can do and try to beat Luton on Saturday.”

The central defender has been an ever-present for the Rams in the league this season and has put in consistent performances as the side have battled for their Championship survival.

The 36-year-old has experienced long-term injuries with the club in recent years and he knows that he needs to look after his body in order to maintain the high standards he has set for himself.

“I’ve always felt better from playing,” he admitted. “When you’re in and out the team, I always find that when you’re chasing your tail it’s a bit harder.

“You never know whether to go full throttle or ease off a bit. This season, because I have played every game in the league, it’s been easier to manage my own body.

“When I am training and I know we haven’t got a game for a full week, I can go hard on the Tuesday and Thursday and get myself ready on Friday and play but when you don’t know if you’re going to be in the team or not and then you push yourself too much and you’re all of a sudden playing, or not playing again, it’s hard to get yourself right mentally.

“The big thing for me is about sustaining the fitness and sustaining the level of performance, because it’s one thing being out there. I wouldn’t like the manager to keep me out there if I wasn’t performing.

“Fingers crossed I can keep my form and particularly for this weekend because it’s going to be a big one to try and bounce back from the defeat to Millwall on Wednesday.”

In the Rams’ last two games, the defender has found himself a new partner as Eiran Cashin has stepped up from the Academy system to the starting line-up.

Cashin has been a regular with the club’s Under-23s squad this season but was handed his full debut by Rooney for the game against Peterborough United at Pride Park Stadium. 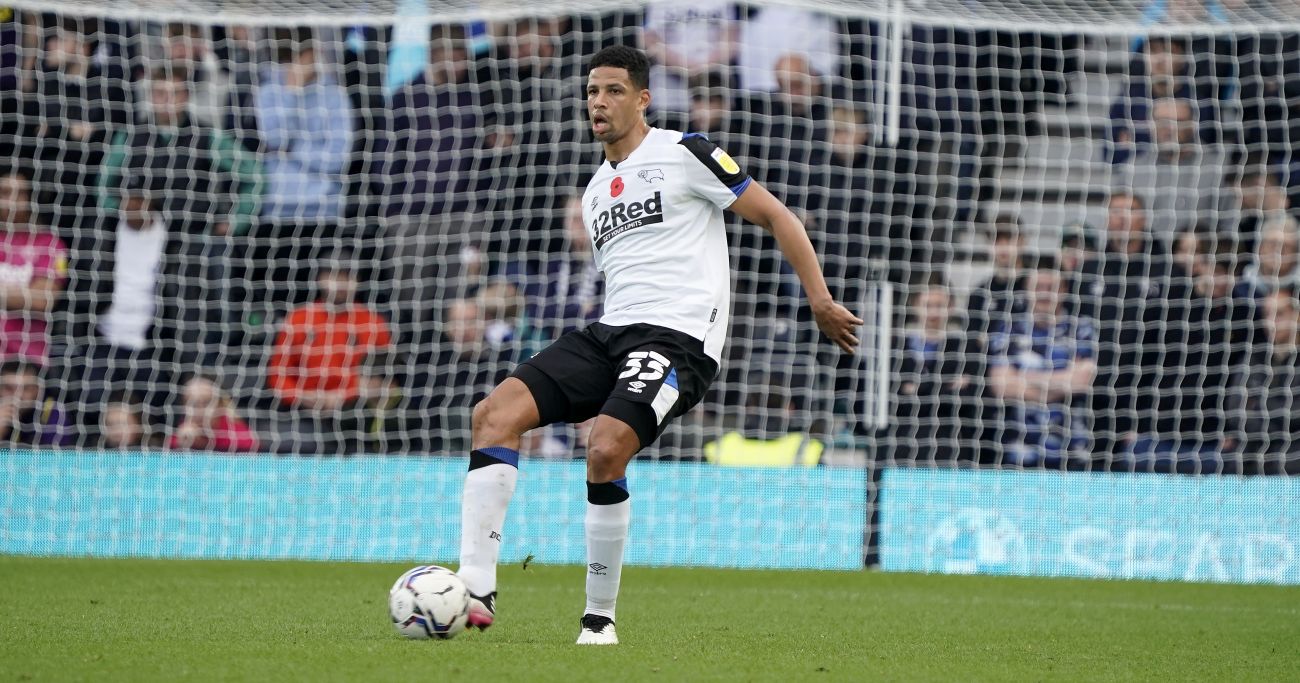 He earned the club’s man-of-the-match as Louie Sibley struck late in a 1-0 victory, whilst he kept his spot and didn’t put a foot wrong in the 2-1 loss against Millwall on Wednesday night.

Davies has been impressed with the young defender who has had to overcome obstacles this season and believes he has good attributes to take him a long way.

“I think he’s taken to it brilliantly,” Davies said. “He’s got to take a lot of credit because at the start of the season, with everything that was going on with the squad, there was a stage where he wasn’t allowed to be involved with us because of the fear he would take up a first team slot.

“It would have been easy for him to ask to tear his contract up and go somewhere else but he and Liam Thompson both stuck around and are feeling the fruits of that now.

“His mentality is brilliant, he always listens and works hard in training. He improves on the things he needs to improve on but coming into that first game against Peterborough, we played against ten men and dominated for large periods of the game but sometimes that isn’t easy when it’s your debut because the one bit of defending you have to do. You have to get it right, especially when it’s a team who is going to play on the break.

“His concentration levels, his talking and everything was brilliant and he took that into the Millwall game as well.

“You see the size of him, he’s bigger than me and he has that physicality but he has the composure too. When you play against Millwall, it’s easy to ask him to head it and kick it but what we need in our team is to keep the ball.

“At times when balls were going into him, when he could have just headed it clear, he was taking it down on his chest and keeps the ball going so he deserves a lot of credit for the way he has stepped into first team football and it will be another challenge for him this weekend.”