Skipper Tom Lawrence is determined to help Derby County bounce back from Tuesday night’s defeat against Blackburn Rovers when they face Coventry City on Saturday in front of the Sky Sports cameras at Pride Park Stadium (12:30pm kick-off). 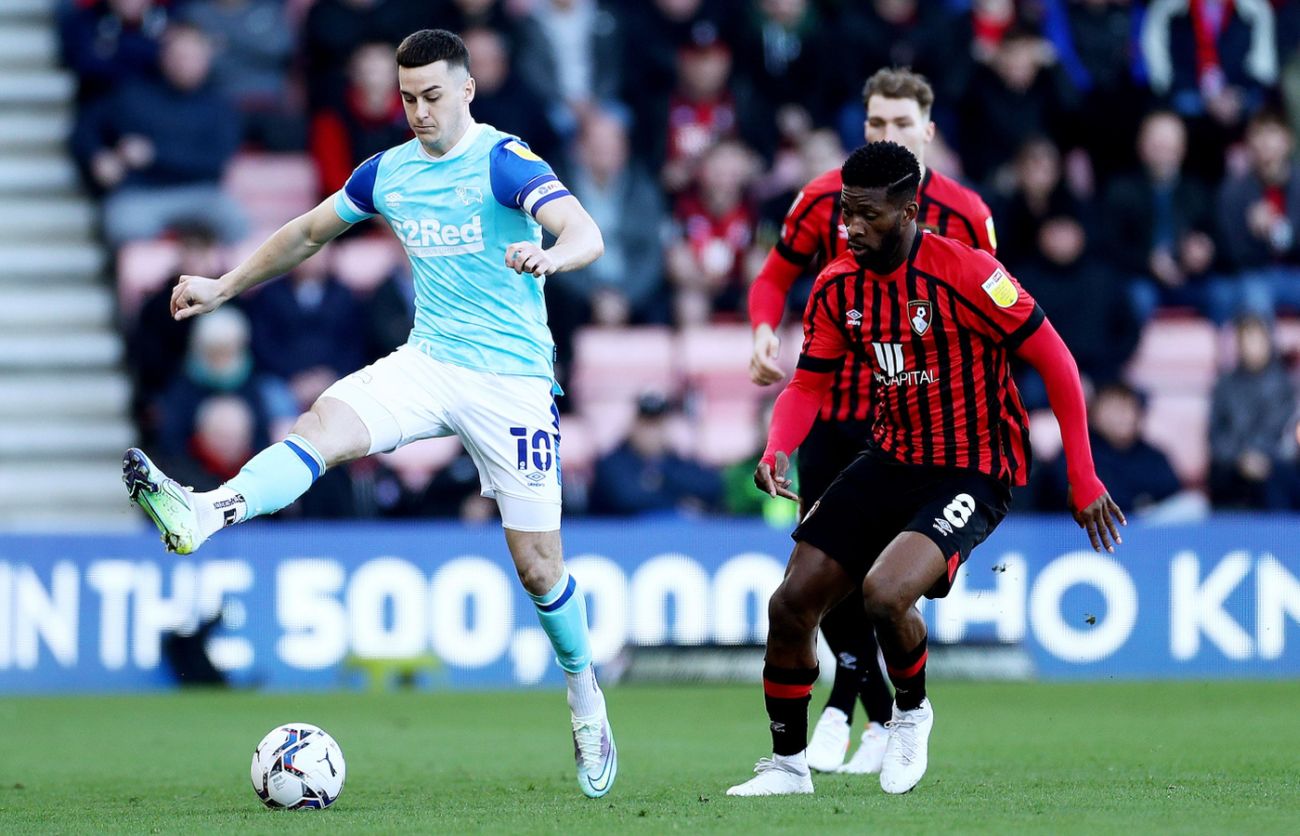 The Rams put in a dominant first half performance at Ewood Park and deservedly led at the interval through Ravel Morrison’s third goal in as many games.

However, a 15-minute spell at the start of the second half turned the game on its head as Scott Wharton and Tyrhys Dolan scored to put the home side ahead.

Sam Gallagher made sure of the points late on to secure 3-1 victory for Tony Mowbray’s side, but the Rams are now looking for a reaction as they take on a Coventry outfit who also suffered defeat in midweek as they were beaten 2-0 at home by Hull City.

Lawrence admitted that the Rams need to improve their game management and read matches a little better - and he is determined to put it right as soon as possible.

“It hurt on Tuesday night,” he told RamsTV. “The first half performance was really good, I think it’s one of the best halves we’ve played this season.

“To have a bad spell in the first 20 minutes or so of the second half, where we gave the game away, hurt a lot. We need to learn from that and we need to improve our game management from now on.

“It’s down to the senior players, myself especially, to read the situation and help the team. We need to make sure we do that from here on in.

“We know that every game we play is a big one and we need to start winning matches again. We’ve had a few setbacks throughout the season, so we need to bounce back on Saturday before the international break.

“If we get a win on Saturday, it will stand us in good stead for the rest of the season.” 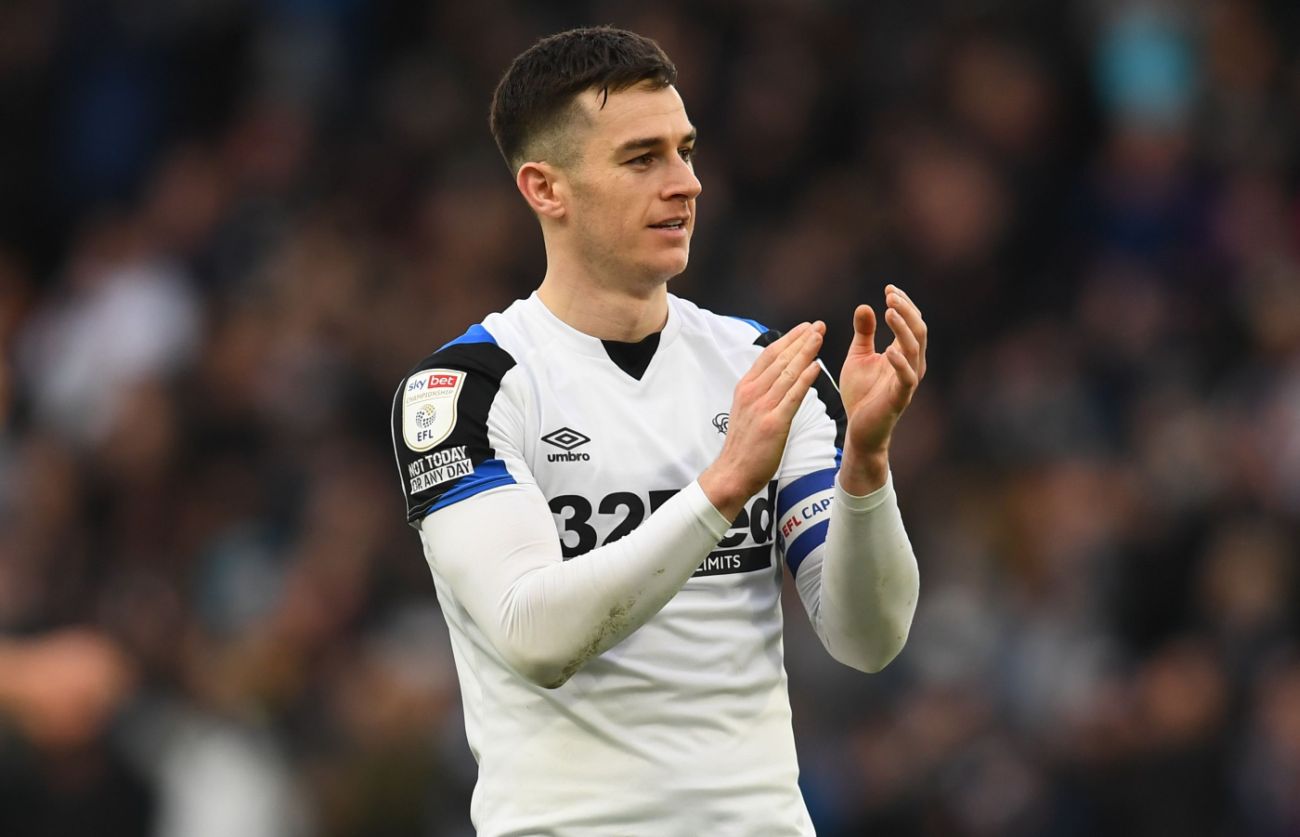 The Rams are back on home soil on Saturday, and it’s the club’s home form which have given them an opportunity to overturn the 21-point deduction which was imposed earlier this season.

Derby have eight games remaining in the campaign, and five of them are at Pride Park Stadium, starting with Saturday’s clash against the Sky Blues, and Lawrence knows the Rams are more than ready for the challenge which presents itself.

“We went five games unbeaten earlier in the season, four wins and a draw, so we know we need to do that again,” he said.

“We need to win two games to get level with Reading so we know what we’ve got to do and we’ve got to put that plan into action at the weekend.

“I’ve said it in every interview I’ve done, but the fans are a massive boost for us as a team and for me personally as well. Hopefully I can repay them with a few more goals from here on in.

“As games go, you are up for every one and you give your all, but the fans help a massive amount.” 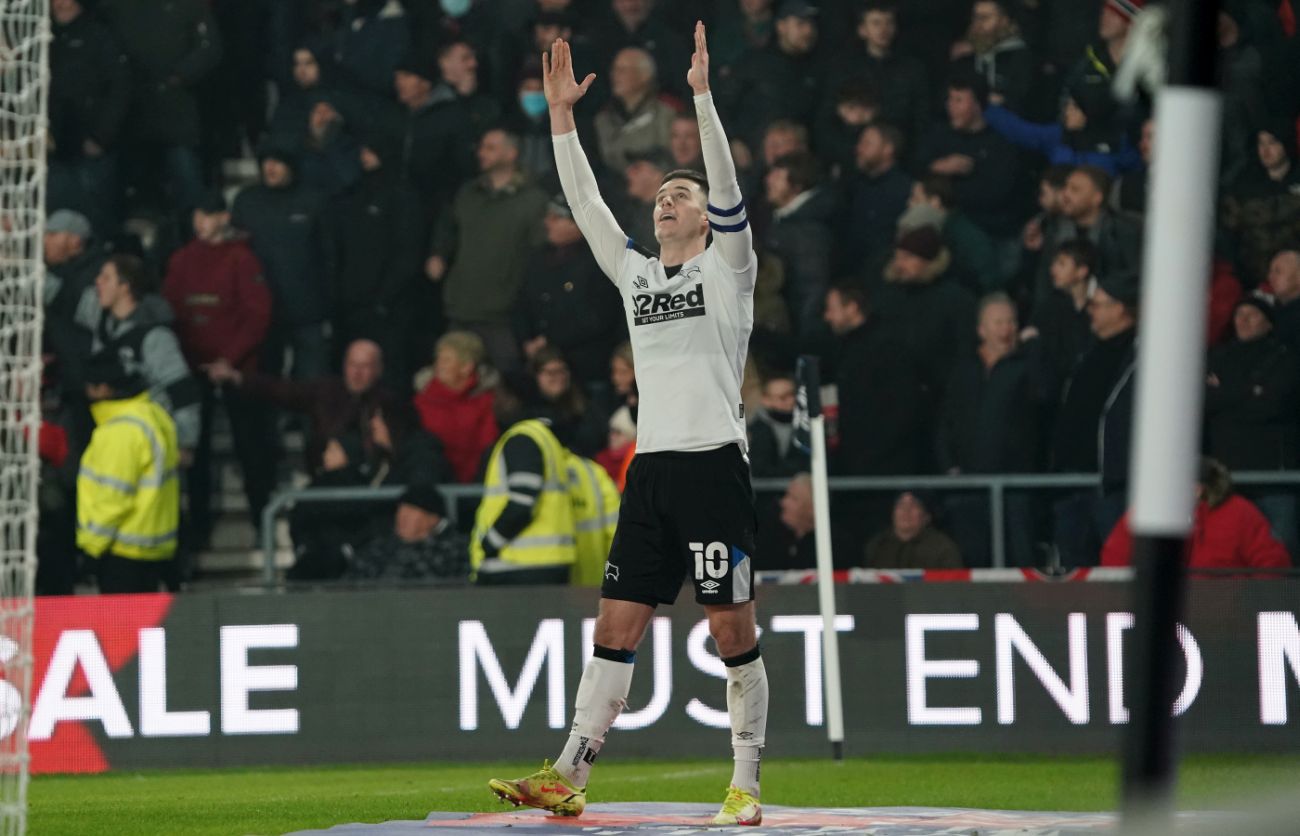 Mark Robins’ side faltered in midweek as they were beaten by Hull, but they are still in with a shout of reaching the Sky Bet Championship play-off places.

“Coventry are a good team,” Lawrence admitted. “They didn’t get the result they needed in the week so they will be looking to bounce back.

“We need to be at it in every game that we play. As long as we do that, I think we will be alright.”