Lead Professional Development Phase Coach Adam Robinson was pleased with the way his side defended as the Derby County Under-18s drew 1-1 with Liverpool to stretch their unbeaten home run to seven games in the league. 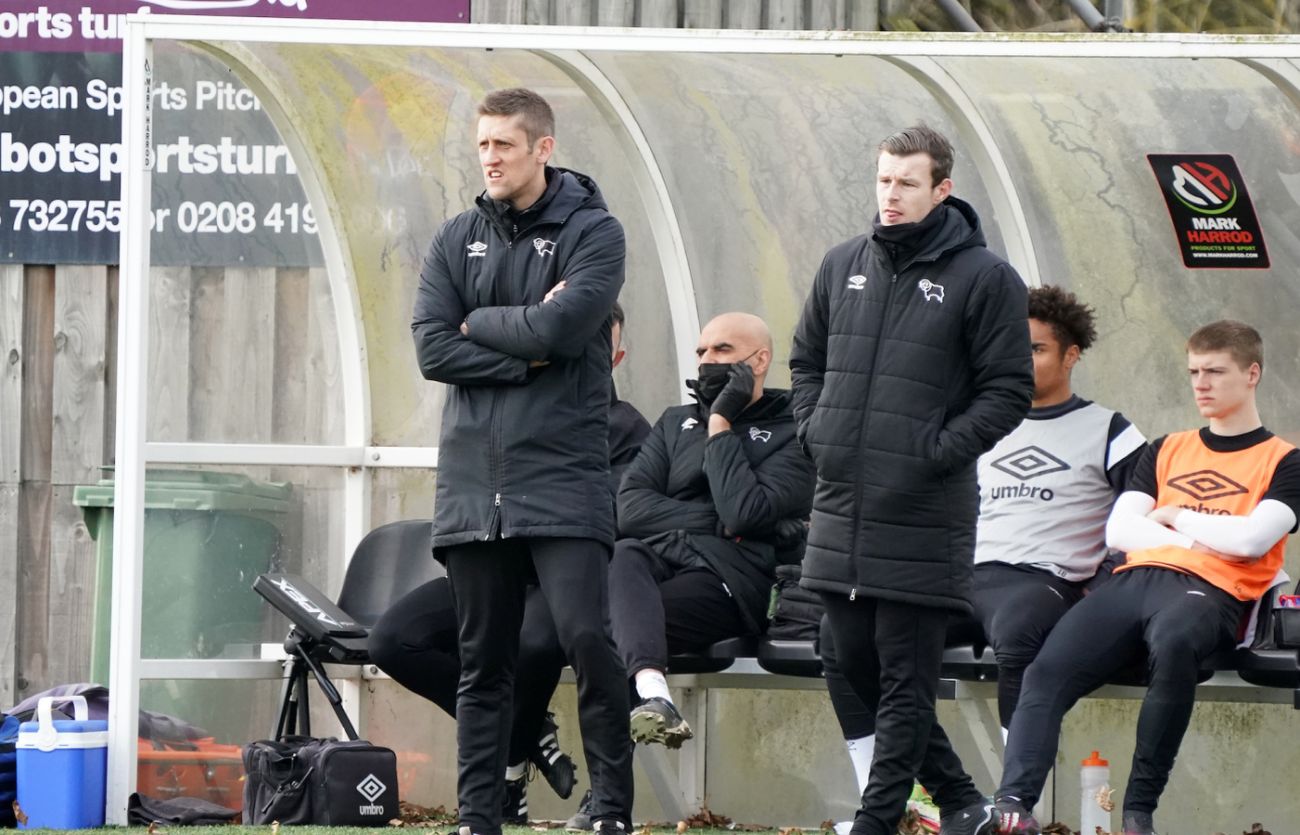 Ola Ibrahim opened the scoring in the game with a cultured finish before the young Rams were pegged back in the second half but held on for a point against the Reds to hold onto fourth spot in the Under-18s Premier League table.

Robinson believes his team should cherish their performances against one of the form sides in the division this season and was satisfied with how the young Rams coped with their aggressive style.

The Under-18s Head Coach said: "The lads should be proud to take four points off of Liverpool this season. They'll probably finish second in the league so it is good to come away with a point against tough opposition.

"We knew that they would dominate the possession and we knew that when we got it we had to be effective in transition, and that is how we went up there and won at the start of the season.

"I was pleased with our performance, but we sometimes showed them a bit too much respect and they could dictate play.

"However, once we got to grips with their style we were quite effective in the game."

The hosts struggled to cope with Liverpool's quick and expansive attacking style at the start of the game, with the visitor's wide players seeing plenty of the ball to get deliveries into the box.

Derby adjusted as the game went on, however, and went toe-to-toe with their opponents in the game's closing stages, which impressed their coach.

"I think early doors they got in behind us a little too often," admitted Robinson. "We managed to adjust and dealt with their crosses into the box quite well.

"As the game progressed, we started to press more confidently higher up the pitch, and we stopped them a bit better, so we didn't have to deal with the crosses as much in the second half."

Ibrahim showed great awareness to win the ball high up the pitch and finish the chance after a defensive miscommunication. Robinson believes the Irishman has adjusted well to his new role up front.

"Ibrahim worked really hard today, and I'm happy for him to get his goal,” Robinson said. “He has played up front for us the last couple of games.

"It is not his natural position, but he is learning and he deserved his goal for the work rate he showed both on and off the ball today with limited service."

The unbeaten league run at home extends to seven games after the Liverpool draw, but it has been a different story away from home, with just one win in their last eight on the road.

Robinson has highlighted that consistency is the key now for the Under-18s is they want to finish highly in the league as they head into the season's closing stages.

Robinson concluded: "Our home form has been important and is the reason we are where we are in the league because we have been really poor away from home.

"It is just about being more consistent now coming towards the end of the season, and that is down to our mentality when we go behind in games because scoring first, we are usually strong."