Everyone old enough has their own Baseball Ground memory. Whether it’s good, bad or something in-between, there was just something special and sacred about Derby County’s former home. It may have been watching a specific player. A game. Seeing a charismatic manager on the touchline. It could have been anything. But the ground had character. 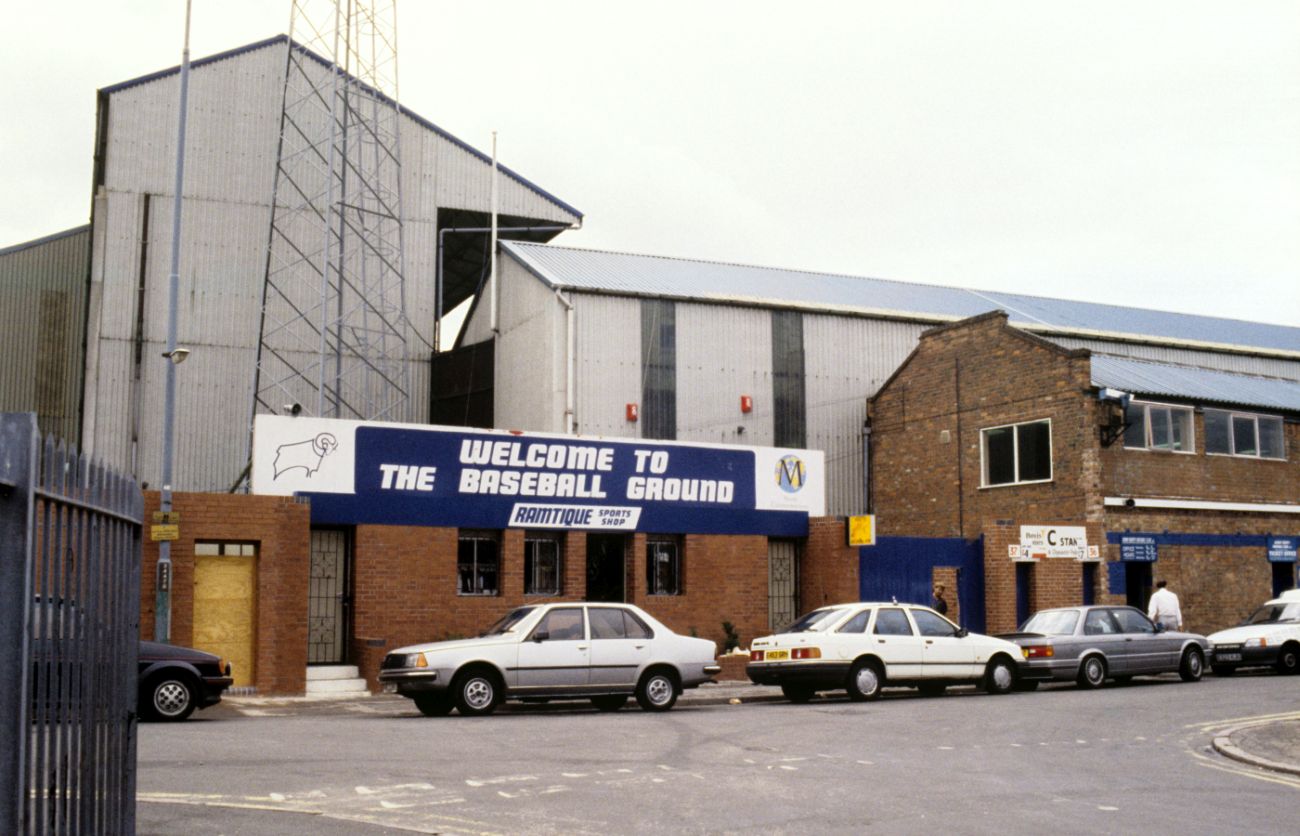 The Rams first moved to the Baseball Ground in 1895. Ironically, the stadium was used for the American sport, baseball, hence the name, from 1890 to 1900. Derby faced Sunderland in the first game at their new home and won 2-0. Steve Bloomer, who went on to become the club’s record goalscorer with 332 goals, scored a brace that afternoon as the Rams started life at their new home with victory.

Legend has it that a party of gypsies were forced to move and put a curse on the ground preventing Derby from winning the FA Cup as they left. That myth was dispelled in 1946, of course, as football restarted following the conclusion of the Second World War. 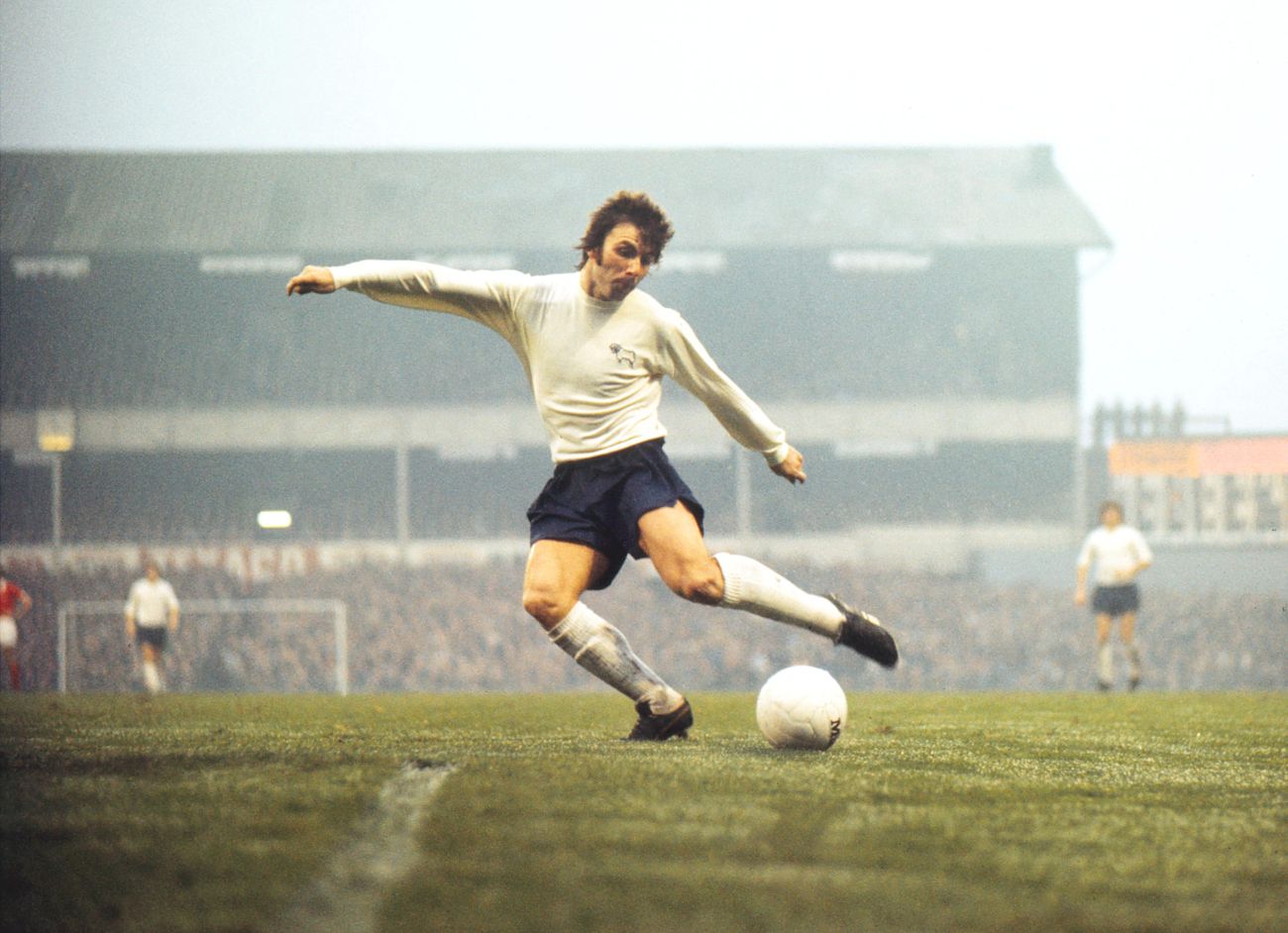 Part of the stadium was damaged during the war, actually, but it was rebuilt in time to see Derby embark on the glory years under Brian Clough and Peter Taylor’s stewardship. Roy McFarland, Colin Todd, Alan Hinton, Kevin Hector, all recognisable names and ones that stick in the memory when you think of Derby’s former home.

The Rams lifted the Second Division trophy in 1969, whilst three years later, they were crowned champions of England as they won the First Division in 1972. The Baseball Ground witnessed some incredible games during that period. A record crowd of 41,826 packed into the stadium for a First Division clash against Tottenham Hotspur in 1969. They also enjoyed success in the Watney Cup and the Texaco Cup. 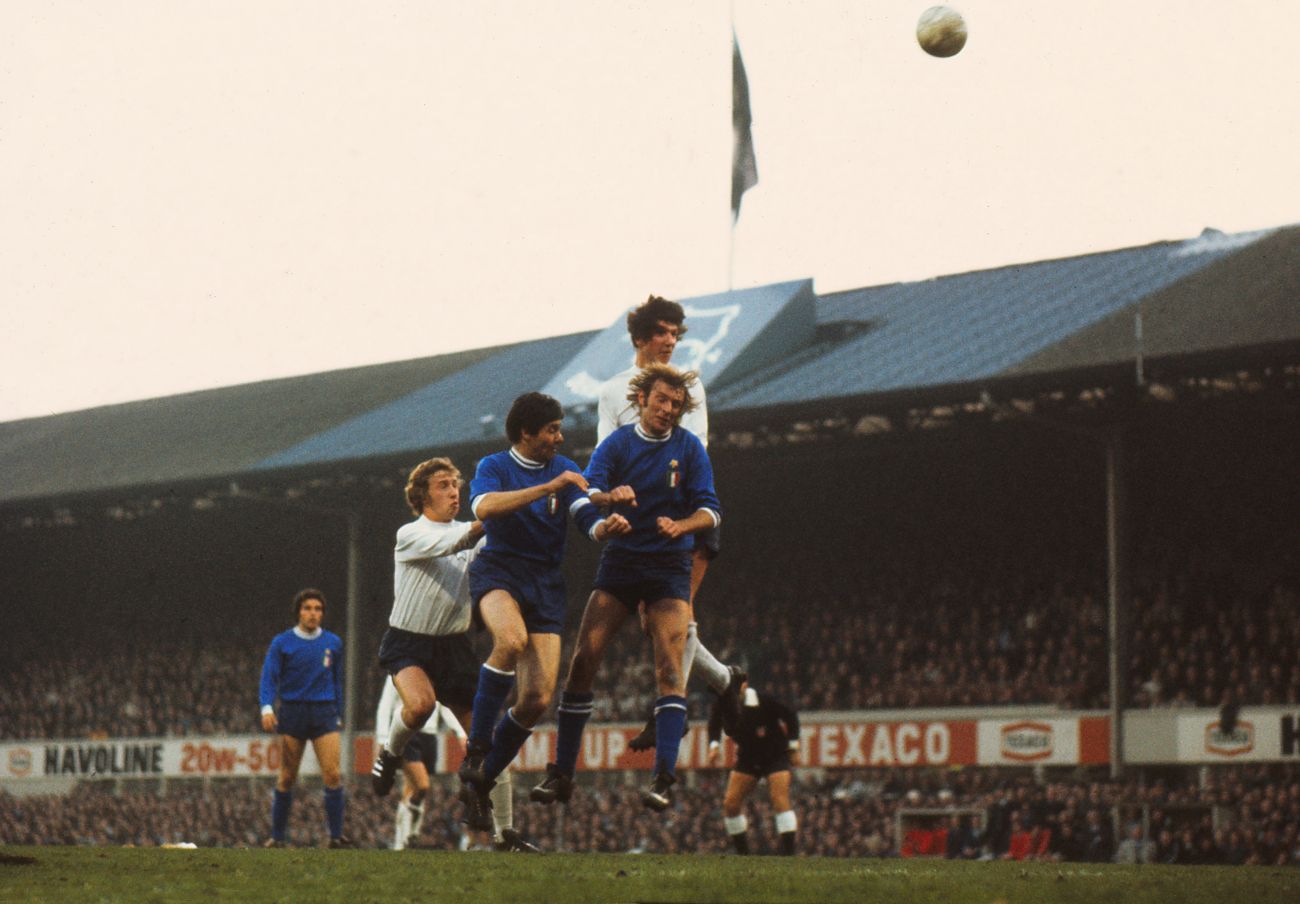 Some of the more iconic moments came on European nights. Brian Clough’s side beat Benfica 3-0 in arguably one of their greatest ever nights at the Baseball Ground. There was just something special about the atmosphere, especially on those European evenings.

Unfortunately, the ground wasn’t known for its luscious playing surface. It occasionally - more often than not - resembled a ploughed field, with players forced to skim the ball a yard above the turf to ensure it reached its destination. It wasn’t ideal, but it didn’t stop Derby enjoying success, however.

In 1975, the Rams lifted the First Division title again, this time under Dave Mackay. Then came an iconic 4-1 victory over Real Madrid in the European Cup. Charlie George’s hat-trick put the Spanish giants to the sword on an historic night for the football club.

After dropping down two divisions in a low period in the early 1980s, Arthur Cox rebuilt the club and earned back-to-back promotions back to the First Division. Who can forget the state of the pitch when Trevor Christie fired that penalty into the corner against Rotherham United to secure promotion on a chilly and windy Friday night at the Baseball Ground. 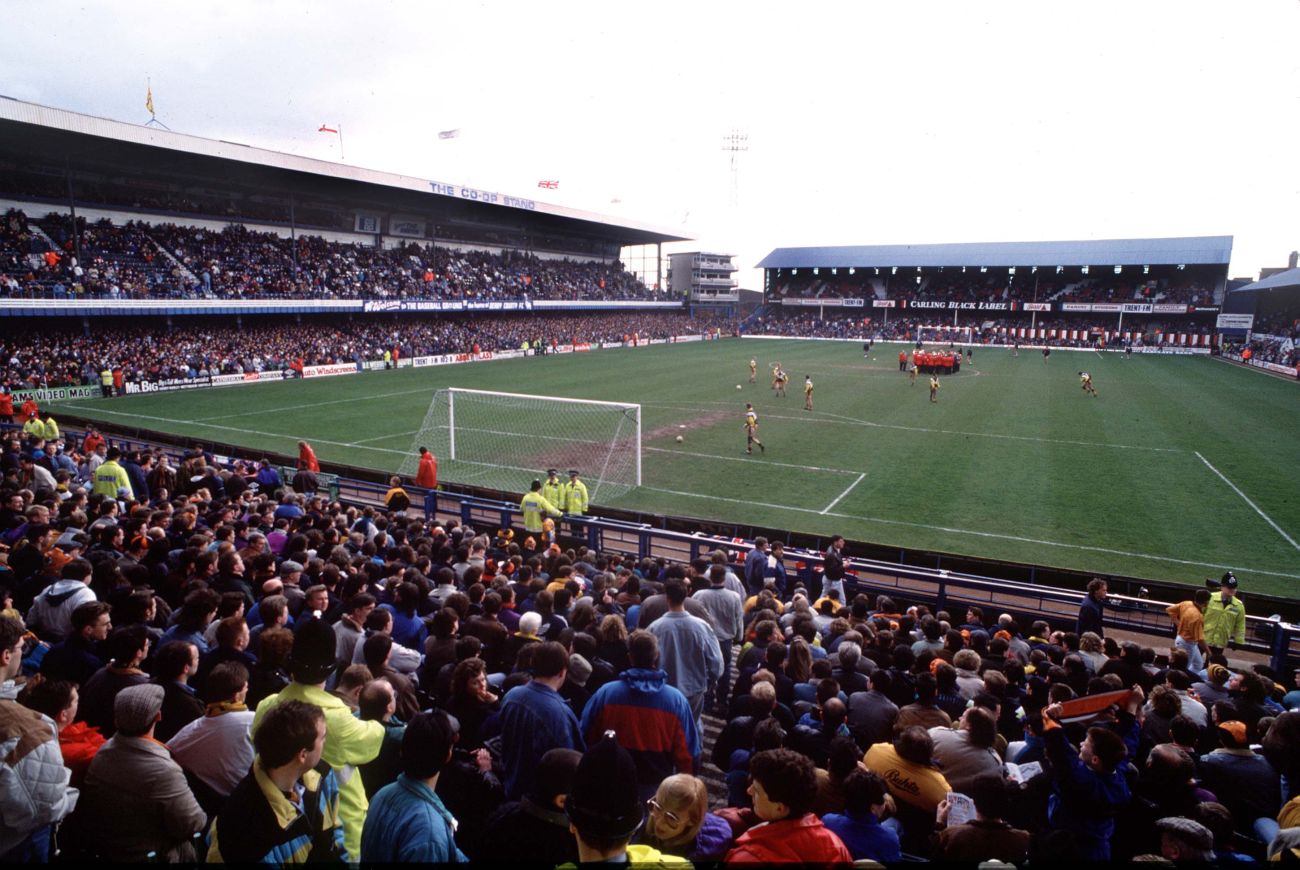 But, following the Hillsborough disaster in April 1989, the Taylor Report was published, which saw changes to how we viewed football in the country. Consequently, the capacity was lowered at the stadium to 17,451 which was seen as inadequate for the ambitions of Derby County. The Chairman, Lionel Pickering, had a choice. Refurbish the Baseball Ground or move to a new home at Pride Park. He chose the latter.

It’s understandable why. The new surroundings, better commercial opportunities and state-of-the-art facilities. But there was the other side. Losing the memories, the character, the history. But, Pride Park Stadium was seen as an opportunity to create new memories, which it has.

The Baseball Ground finally closed its doors in 1997. Thousands packed into the stadium for the final Premiership game of the 1996/97 just to have one last look at the place. The Rams would lose 3-1 to Arsenal, but the result was irrelevant. It allowed supporters to relive old times and say goodbye to their spiritual home. 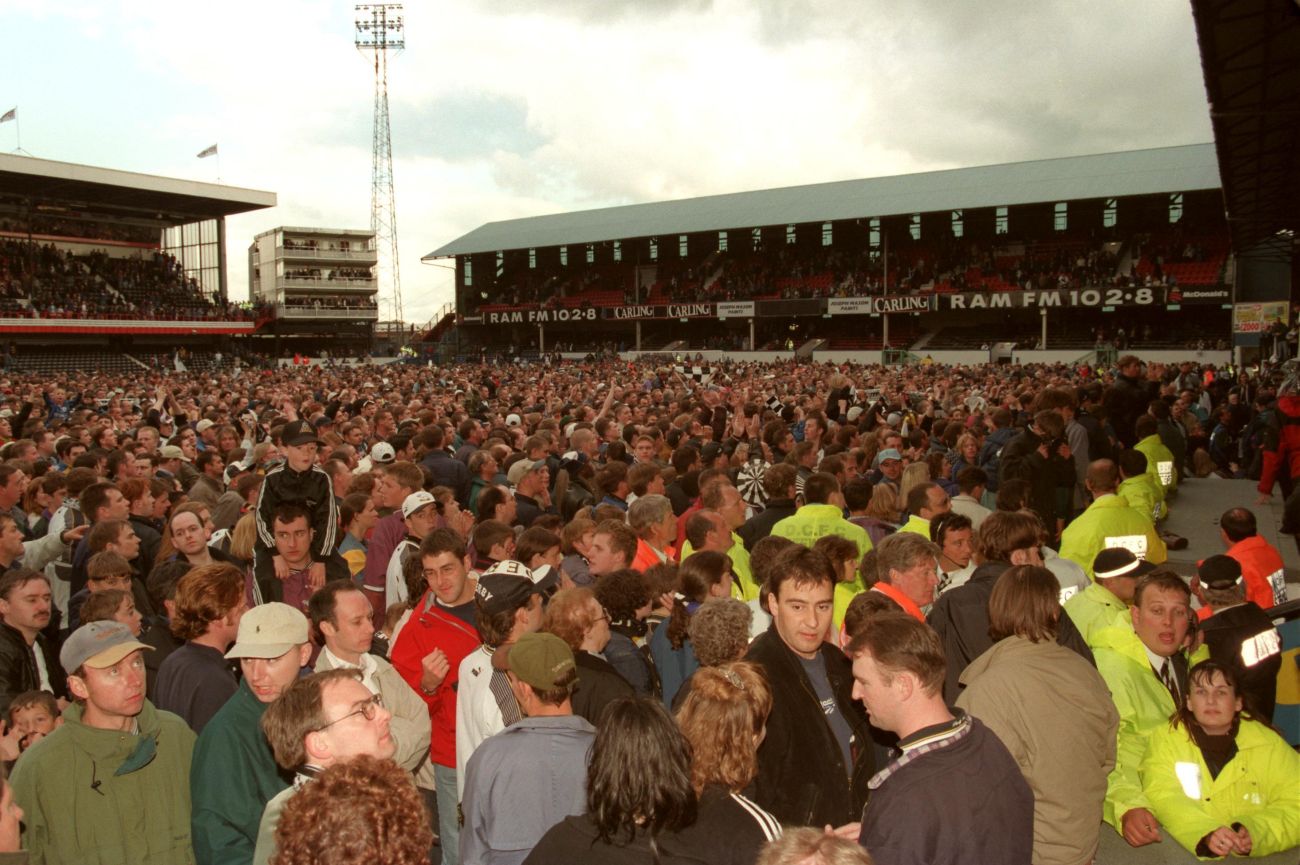 However, the stadium didn’t fully shut its doors. The club still owned the ground and utilised it for years after. Reserve games, youth team games and first team training sometimes took place on the club’s former home. However, in 2003, the decision was made to demolish the stadium altogether to make way for new housing in the area.

A special game between fans and legends of the club took place to mark the closing of the stadium. It felt fitting that the club’s second highest goalscorer of all time, Kevin Hector, was the last Derby player to score at the stadium. The final ever goal was credited to supporter George Glover. A moment he cherishes.

So, after being home for 108 years, the stadium was demolished. The site has now been redeveloped and around 150 houses sit where the pitch once lay. A commemorative statue now sits on the site featuring silhouettes of three footballers dribbling and shooting. A fitting tribute to a home which will never be forgotten.