Derby County’s Under-23s concluded their 2021/22 season in Premier League 2 - Division 1 with a 3-1 loss at Crystal Palace on Monday night. 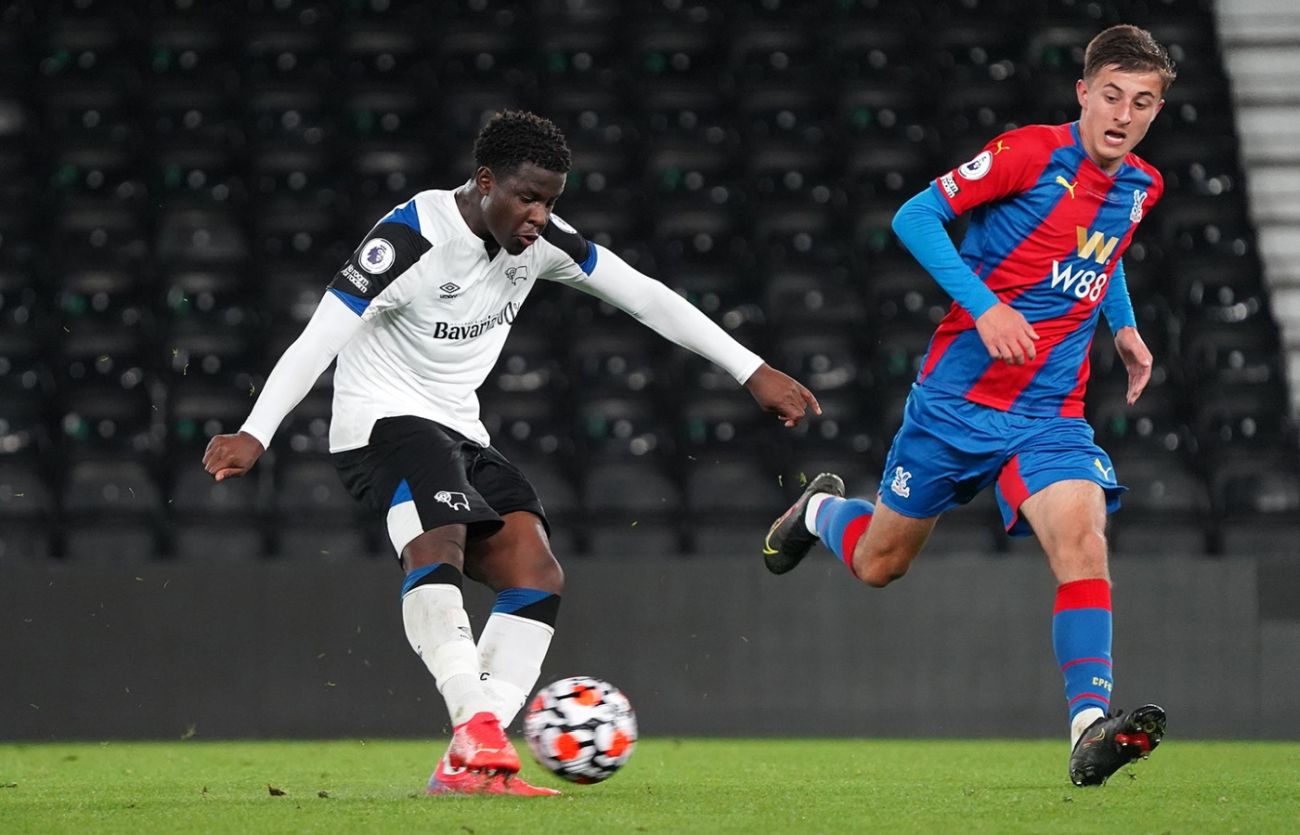 Jesuran Rak-Sakyi’s pair of first half goals had the Rams behind at the break at Selhurst Park, but they did force their way back into proceedings in the second half through Josh Shonibare.

Palace, however, netted the crucial fourth goal of the game with just over ten minutes remaining through Rak-Sakyi, to complete his hat-trick, to ensure they picked up all three points.

Derby’s youngsters will now prepare for life in Premier League 2 - Division 2 next season following a six-year stay in the top tier of Under-23 football, with their relegation confirmed last month owing to the knock-on effect of the club’s well-documented off-field issues this term.

Under-23s boss Pat Lyons was without Max Bardell, Connor Dixon and Courtney Clarke for the final match of the campaign due to injury, which stretched the squad's numbers to the limit after working with a youthful and small squad throughout the campaign.

Rak-Sakyi opened the scoring for Palace after 33 minutes with a close-range header following a goalless opening half-hour in the capital.

The Palace frontman went on to add another goal shortly before half-time to double the Eagles’ lead and leave the Rams with plenty to do to get back into the contest.

Shonibare, who has playing for the Under-23s as a free agent in the second half of the campaign after recovering from a long-term injury sustained whilst with Derby last season, pulled a goal back just after the hour mark.

However, Rak-Sakyi claimed the matchball by completing his hat-trick from the penalty spot, with 76 minutes played, to kill off any hopes of a Rams comeback.

Shonibare went close to pulling another goal back in the latter stages, but Palace held on to see out the closing stages and ensure the Rams ended the season with a defeat.