Forward Tom Barkhuizen has become the latest player to sign for Derby County following the expiry of his contract with Preston North End. 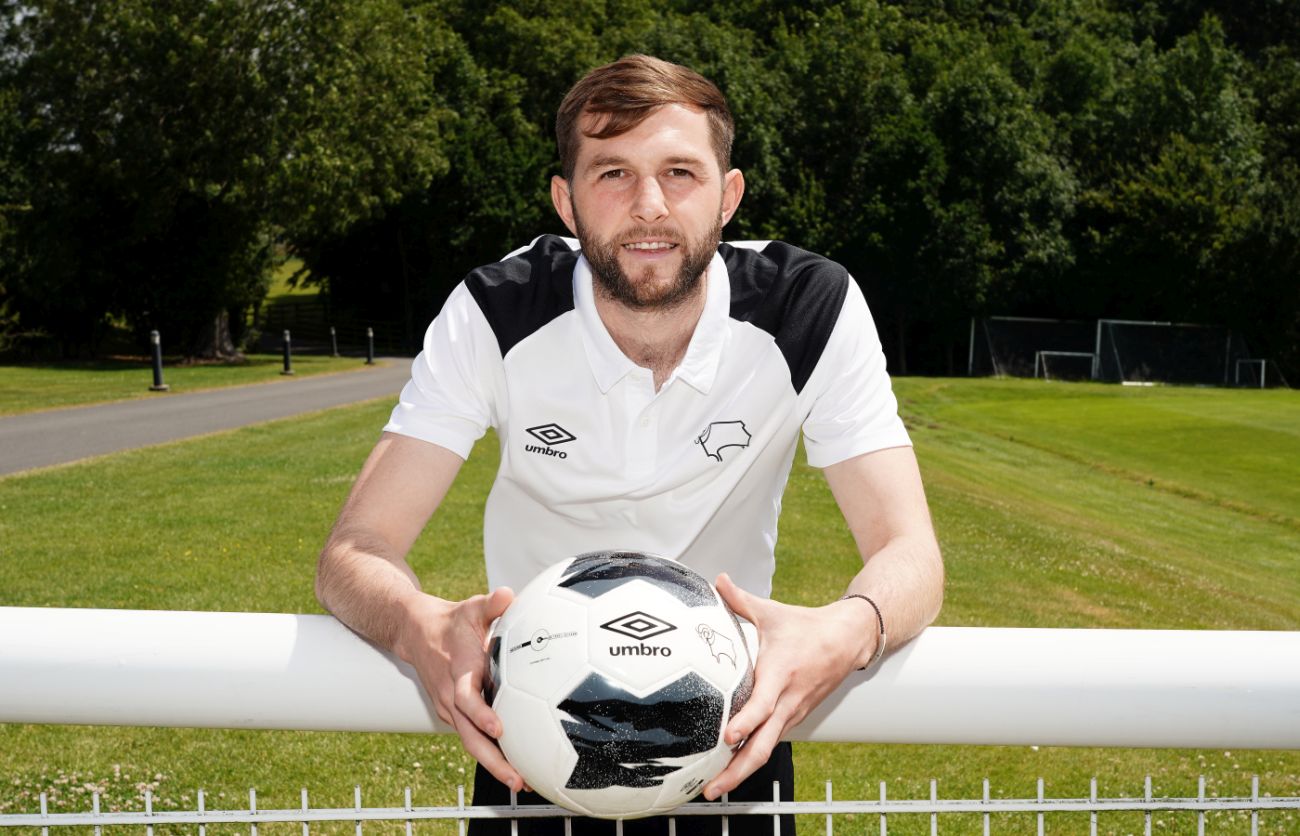 The 28-year-old has signed a two-year contract with the Rams who are back in the third tier of English football for the first time since 1986.

Here is a little more information about our newest signing:

Barkhuizen grew up playing junior football on the Fylde coast before signing a scholarship with Blackpool in the summer of 2009. He had impressed the youth staff at Bloomfield Road but was soon on the radar of the first-team coaches, who fast-tracked him into the squad. 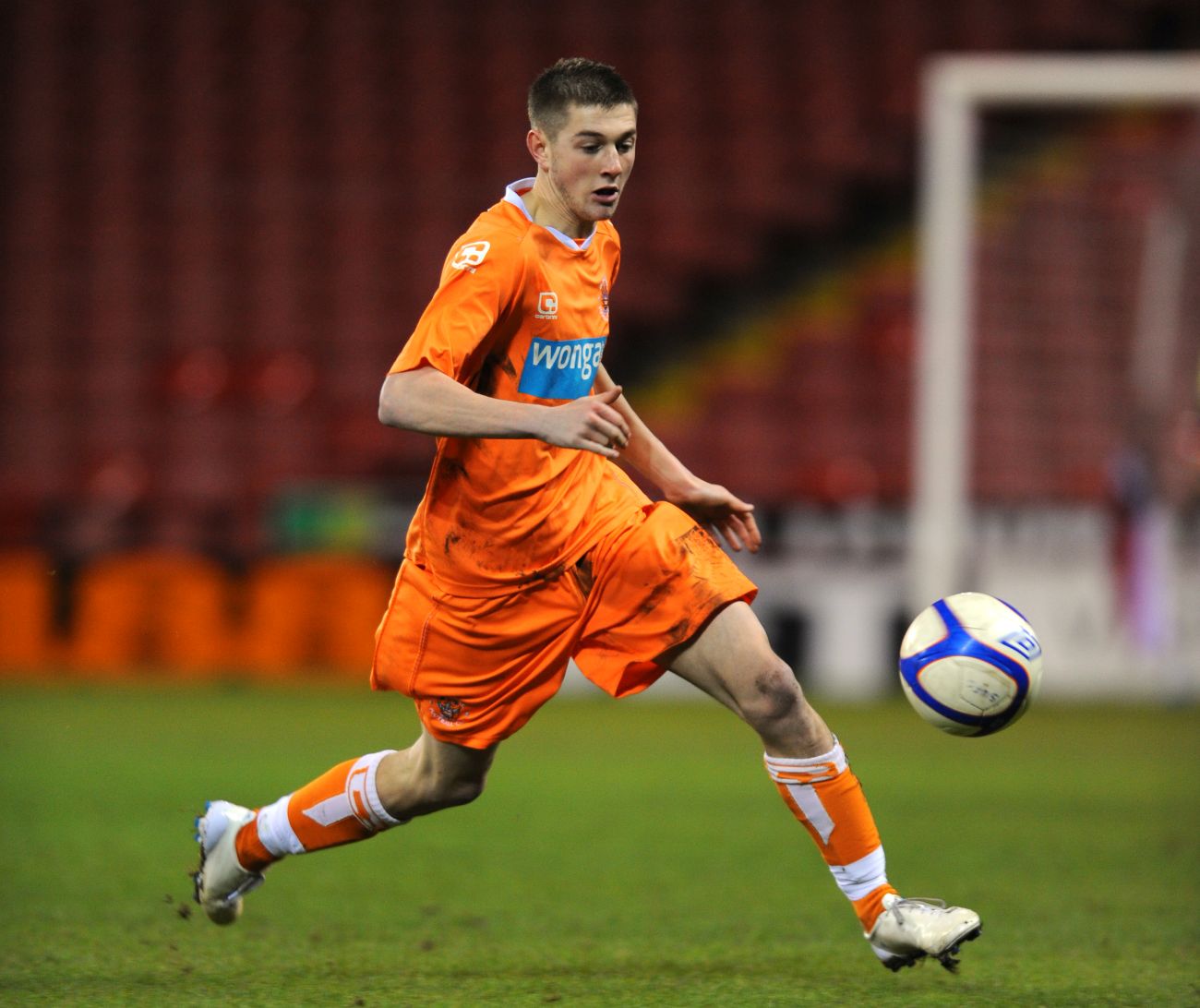 He made his debut for Blackpool at the age of just 17 in a League Cup defeat against MK Dons in August 2010 before playing in the Third Round of the FA Cup against Southampton at St Mary’s in January 2011.

He signed a professional contact with the Seasiders and spent the 2011/12 campaign out on loan at then League Two side Hereford United to gain first team experience. He opened the scoring on his debut in a 4-1 defeat against AFC Bournemouth in the League Cup, before netting seven goals in his first 16 games. 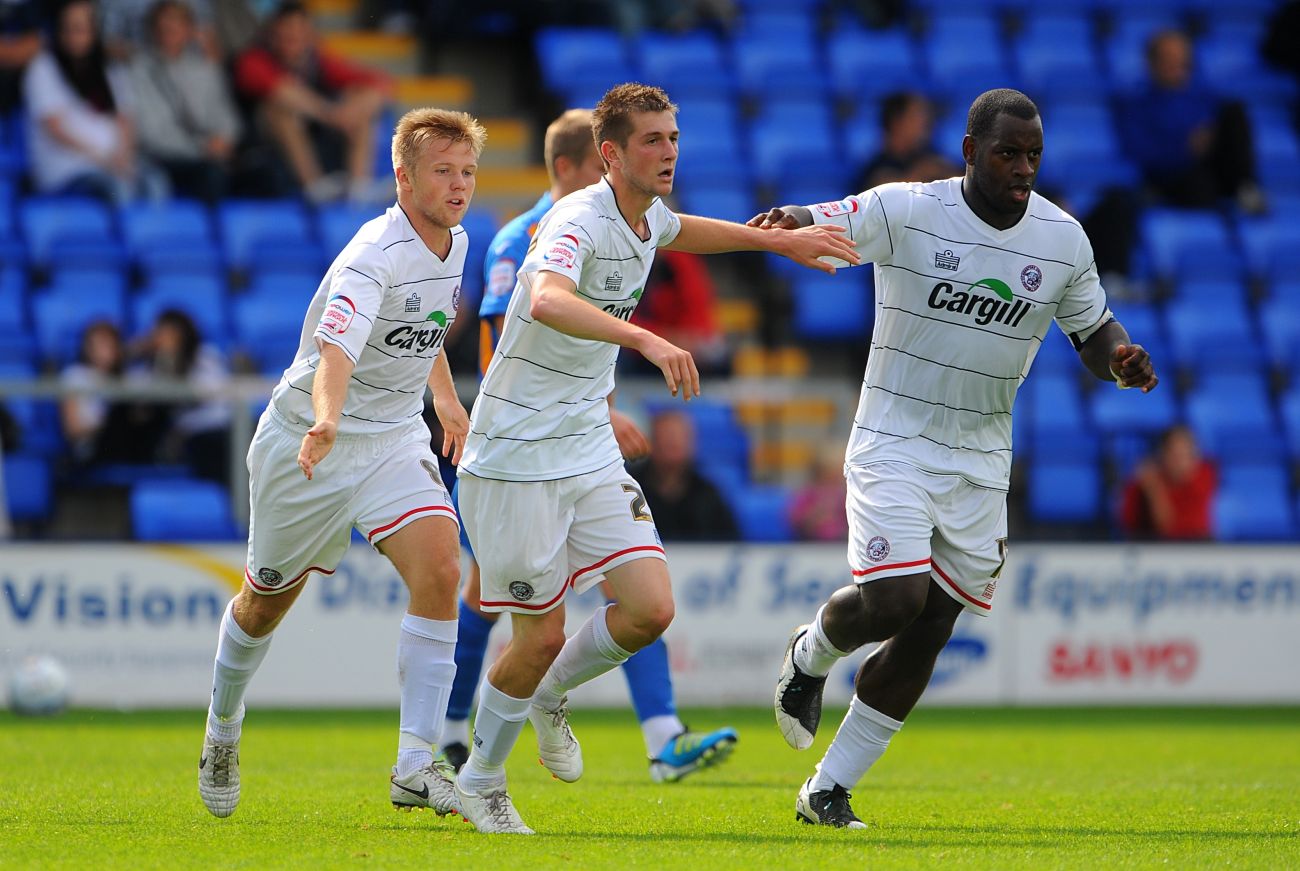 However, it was always going to be an uphill task to avoid relegation to the fifth tier of English football. The striker did his best, scoring a further four goals between Christmas and the end of the season, and even finished as the club’s top goalscorer, but he could not save them from relegation.

With a full season at a competitive level under his belt, Barkhuizen signed a new contract with Blackpool but was again loaned out to League Two opposition in order to gain first team experience.

This time he joined Fleetwood Town, who were in their first season in the English Football League, and scored once in 15 games before returning to Blackpool in the January.

Barkhuizen signed another one-year contract extension with Blackpool ahead of the 2013/14 campaign and following two years of development out on loan, he was afforded time in the Seasiders’ first team squad.

He made his league debut in August 2013 in a 1-0 victory over Barnsley at Bloomfield Road and scored on his second league start. Ten minutes after coming on, the striker scored the only goal of the game to beat Reading 1-0 on home soil. 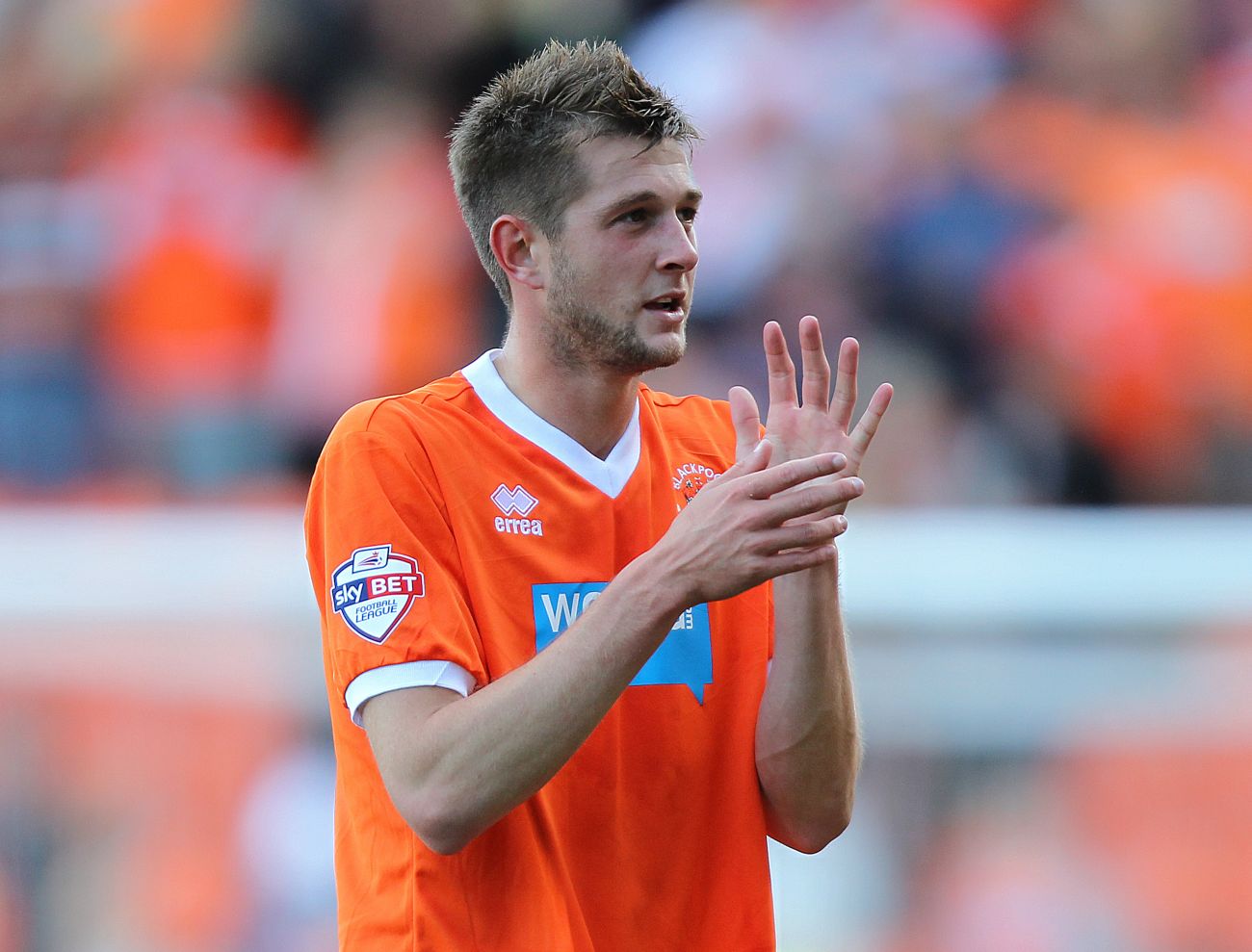 Barkhuizen scored his second goal for the club in an FA Cup defeat against Bolton Wanderers and played 15 times for the Seasiders during the campaign. Had it not been for injury, it may have been more.

Owing to the number of appearances made during the 2013/14 campaign, he triggered an automatic one-year extension to his contract, but another loan move was on the horizon for the youngster.

This time he joined League Two side Morecambe for a month but struggled to get going. He returned to Blackpool for the second half of the 2014/15 campaign but was unable to help them avoid the drop into the third tier and subsequently left the club at the end of his contract.

Barkhuizen moved on to pastures new in the summer of 2015 and signed permanently with League Two side Morecambe where he had been on loan the year previous. 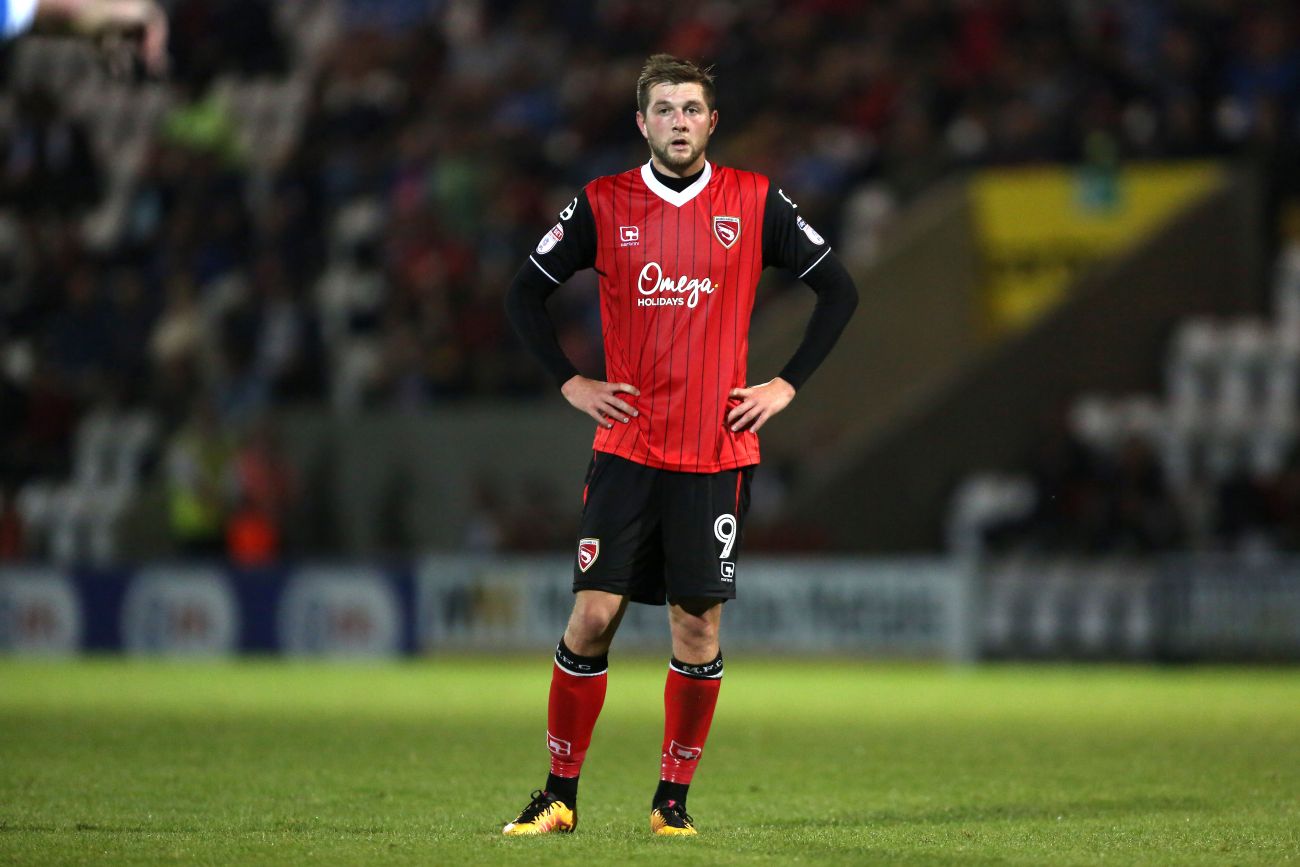 He signed a two-year deal with the North West outfit and the new start proved to be the kick-start he needed as he registered seven goals in the opening 12 games of the season in all competitions.

The striker also had a strong end to the 2015/16 campaign, scoring in three consecutive fixtures as Morecambe avoided the drop to the fifth tier of English football.

He netted 12 goals in all competitions for the League Two outfit, but the following campaign proved to be one of difficulty. Not on the pitch, though. He continued where he left off scoring five times prior to November, but off the field matters started to take their toll.

After Morecambe were late paying wages due to cash flow problems, the option to sell a player was proposed. Barkhuizen’s contract was then cancelled, allowing him to sign for another club whilst Morecambe’s players were then paid.

It was quite an unsettling period for the striker, but he adapted well and just over a week later he joined Championship side Preston North End on a two-and-a-half year deal. After dropping down the divisions in search of regular football, he was back on his way up.

Staying In The North West

The North West was proving to be a happy place for Barkhuizen who had to wait until January 2017 to officially sign for the Lilywhites and made his debut in a 2-0 victory over Brighton & Hove Albion. 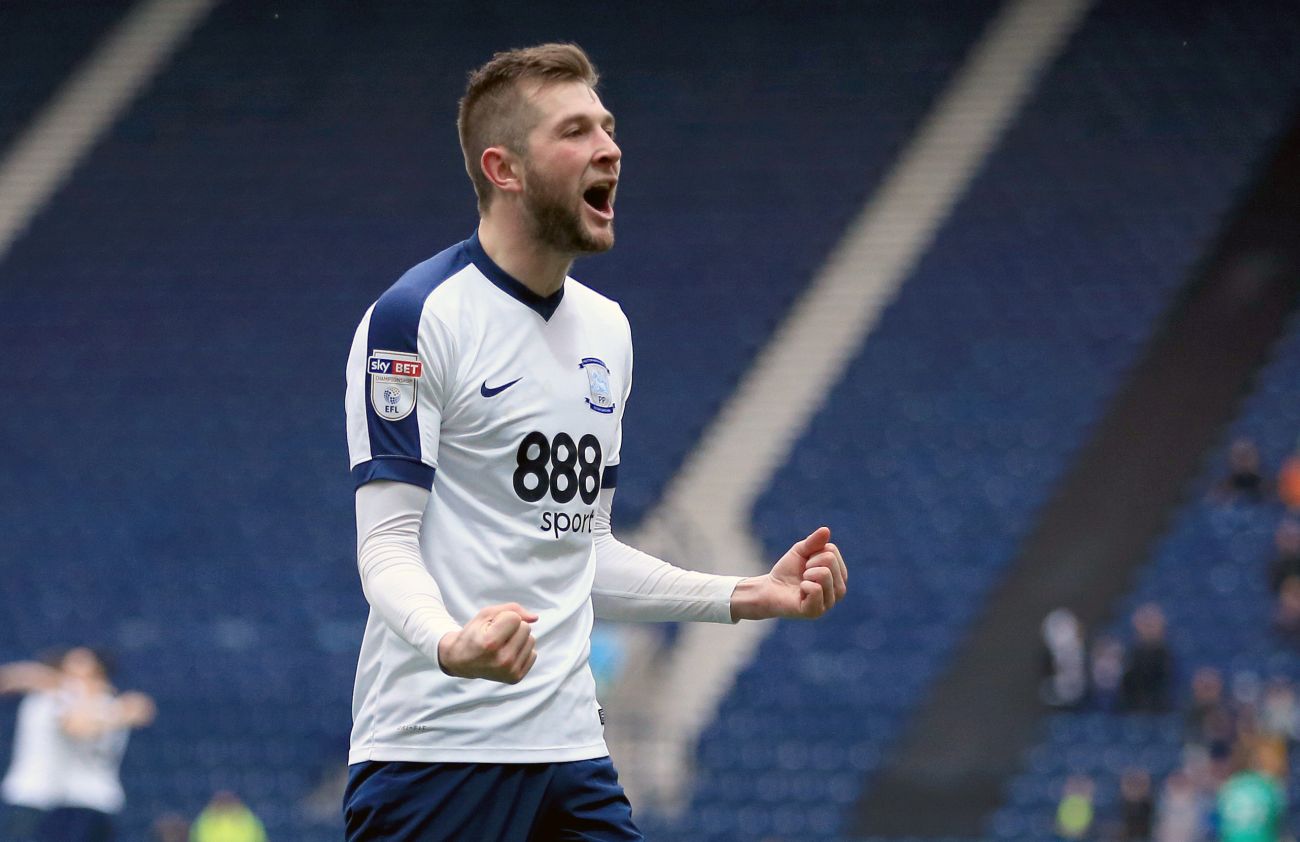 It took him time to hit his stride, but once he did, he hit a rich vein of form which would see him earn the Championship Player of the Month for March 2017.

He scored five goals, which included a brace against Reading and goals against Fulham, Derby County and Blackburn Rovers and provided one assist in the month. He scored again the following month in a 5-0 demolition of Bristol City at Deepdale.

He couldn’t have wished for a better start to life at his new home, and he kicked on the following campaign as he scored eight times in 47 appearances.

Barkhuizen scored seven times during the 2018/19 campaign and with his contract coming to an end, he was rewarded with a fresh three-year deal to keep him at the club until the end of the 2021/22 season. 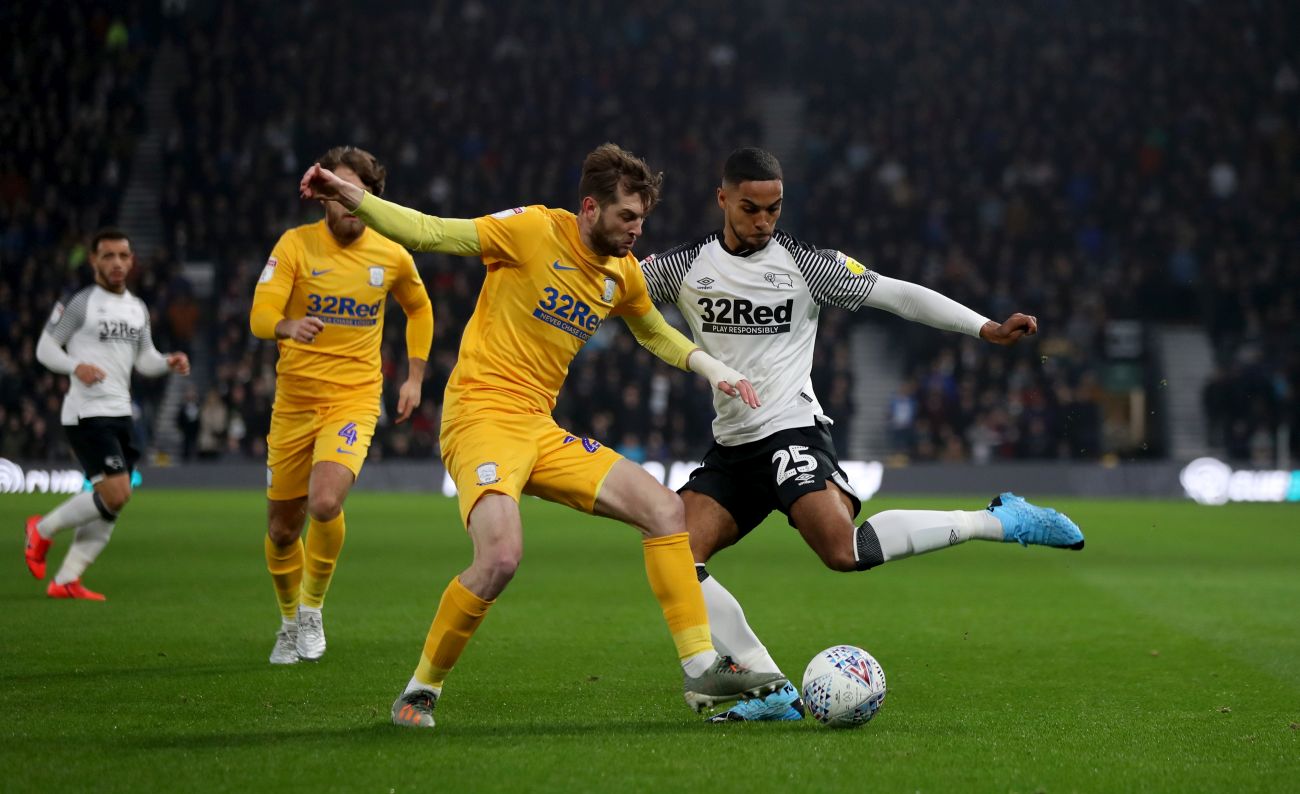 The 2019/20 season saw him hit double figures for Alex Neil’s side, scoring 11 times, whilst the following campaign he struck six goals in 47 appearances.

Entering the final year of his contract, and with Ryan Lowe taking over as the club’s new manager, he found game-time hard to come by in 2021/22. He made only 14 appearances last season with his final appearance for the club coming in January 2022 in a 1-0 defeat against Swansea City.

Following the conclusion of his contract, Barkhuizen left Preston during the summer and has become the first addition to the Derby County squad as the Rams prepare for a new chapter in their history after recently exiting administration.