Derby County is in a position to confirm RamsTV streaming details ahead of the 2022/23 League One season getting underway this weekend. 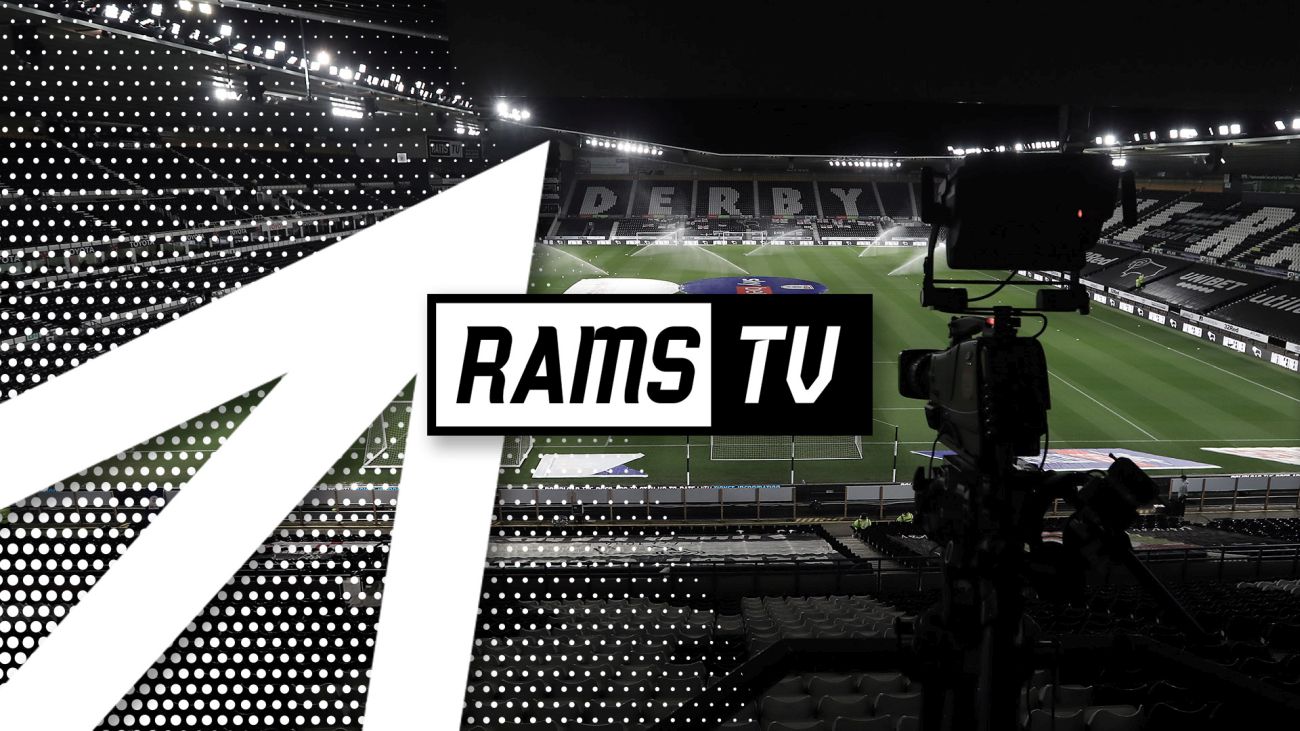 * The price will officially increase to £19.99 effective from midday on 3rd August 2022. Anyone purchasing a month’s subscription beforehand will be charged £17.50.

The domestic market comprises United Kingdom, Republic of Ireland, Jersey, Guernsey, and the Isle of Man.

The following fixtures/matches do not (unless otherwise stated) qualify for domestic streaming by RamsTV:

- Any of Sky Sports’ live selections

- All Carabao Cup matches are excluded from the streaming opportunity

Matches falling outside of those classifications do qualify for streaming in the domestic market under certain circumstances, and the position for League One is clarified below for each type of fixture.

There are SIX rounds of scheduled midweek matches in total for League One in the season.

These matches are as follows:

These are matches which were originally scheduled for Saturday 3pm and are displaced from this position.

These fixtures available to stream in the domestic market.

There are a number of League One matches taking place during the World Cup, including fixtures on a Saturday 3pm.

Those fixture dates are:

These fixtures will be available to stream in the domestic market.

The same applies to fixtures that take place during the two international break weekends. throughout the season:

There are FOUR fixtures that fall on UK Bank Holidays.

All fixtures within the Papa Johns Trophy are eligible for United Kingdom streaming except for the semi-final and final, as these are exclusive to Sky Sports.

Carabao Cup matches are not eligible for streaming domestically. The FA Cup rights – and any decisions on the broadcast or streaming of those games – are made by the Football Association.

Traditionally, any match selected for international broadcast has been restricted from streaming in markets where the EFL have broadcast partnership in place.

That encompassed the following:

Any game shown live in the United Kingdom on Sky Sports, which is also passed to International Broadcasters

One additional 3pm Saturday fixture per round (37 in total)

From the start of the 2022/23 season there are some changes to this position that will come into effect as a result of a new agreement with Pitch International.

All League One matches may be streamed outside of the UK irrespective of whether they have been selected for broadcast. This means that they will be available both on a Pay-Per-View basis and for monthly subscribers.

As a result, Monthly passes will include all League matches in the season.

Carabao Cup matches are not eligible for streaming internationally. The FA Cup rights – and any decisions on the broadcast or streaming of those games – are made by the Football Association.