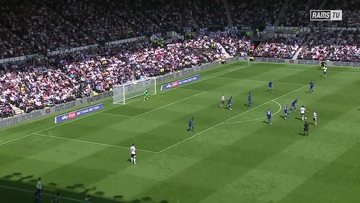 Midfielder Liam Thompson penned his first-ever professional contract with Derby County at the conclusion of his scholarship in the summer of 2020.

After putting pen-to-paper, Thompson made the step up from the Under-18s to become a permanent member of the club’s Under-23 squad.

A key member of the Under-18s’ title-winning side during the 2018/19 season in his first year as a scholar, Thompson maintained his progress in 2019/20.

The central midfielder also recorded six appearances in the UEFA Youth League during the season for the club’s Under-19 side.

Thompson was a regular in his first season with the Under-23s during the 2020/21 season. He provided three assists in his 17 Premier League 2 - Division 1 appearances.

He also started in Derby County's FA Cup meeting against Chorley, in which the Rams fielded a team entirely of Academy players with the first team forced to isolate due to COVID-19. 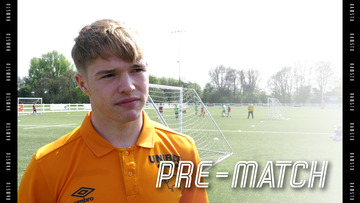 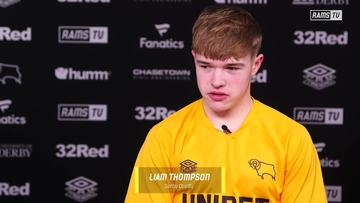 Thompson: “I’ve Learned So Much This Season” 03:41
Thompson: "We Want To Put On A Show For The Fans Because They Deserve It"