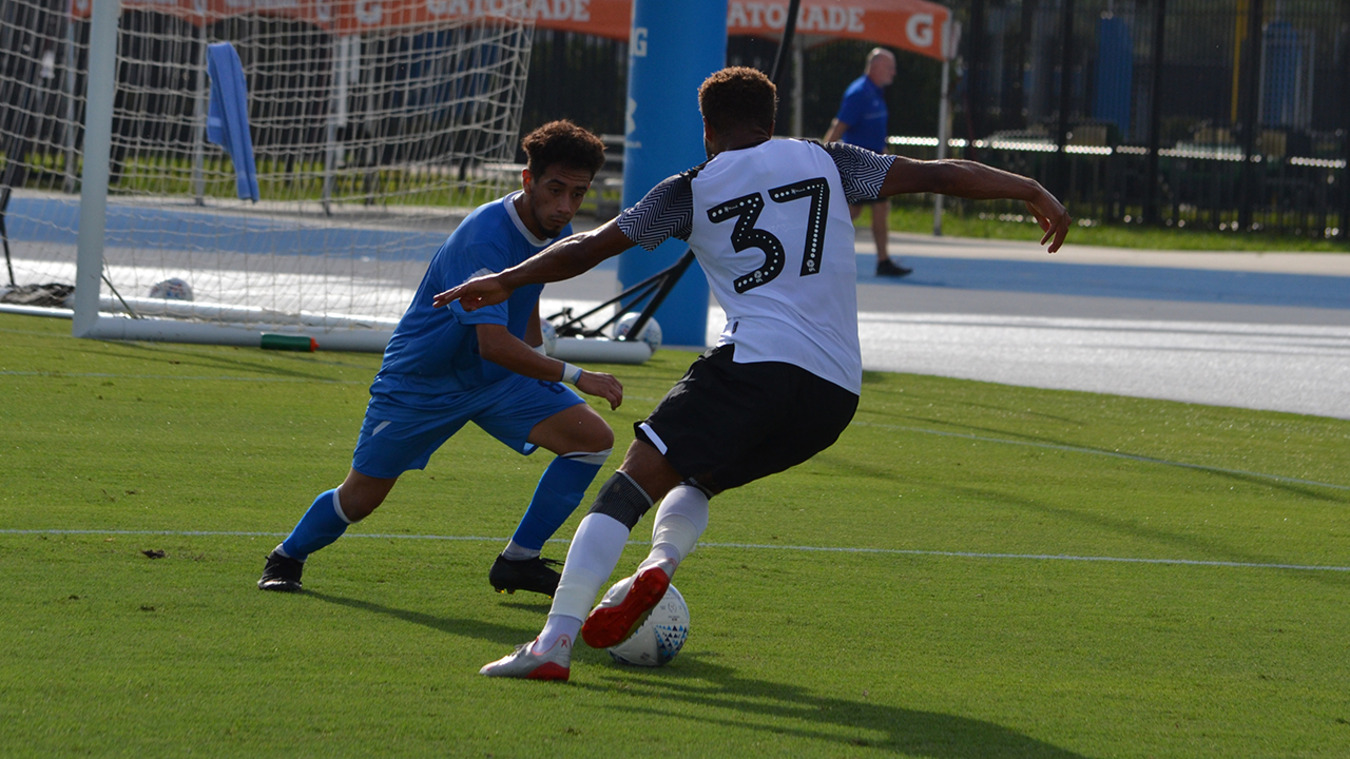 Marriott Pleased With Early Signs From The Rams "Nothing Matches Getting Out There On The Pitch" Everything You Need To Know About The Rams' clash with Sarasota Derby County opened their pre-season games programme with a 2-0 victory over Sarasota Metropolis after a brace by Jack Marriott in Florida.

In Phillip Cocu’s first game in charge of the Rams, he fielded two separate teams for each half as pre-season preparations were ramped up in the first of five fixtures in the lead-up to the new campaign.

After a goalless first-half, which saw Martyn Waghorn have an effort cleared off the line, Marriott struck with two close-range efforts.

The Rams dominated possession in the opening stages against the USL League Two side. The first opportunity to break the dead-lock fell to Tom Lawrence who curled his effort towards the corner which Owen Jack tipped over after 14 minutes.

Waghorn came closest to scoring on the 25-minute mark when his effort was somehow cleared off the line. Jayden Bogle found Lawrence who crossed to the striker but despite the Rams’ protests, the referee said his close-range effort didn’t cross the line.

Saratosa’s only clear chance of the first-half came from midfielder Symeo Niklov who fired from 25 yards, but it was a comfortable save for Kelle Roos.

Bogle then stuck from the edge of the box with ten minutes left to play to force a good save from Jack to keep the game goalless at half-time.

The second-half saw a completely changed Rams side. Three minutes after the restart, Jack Marriott dragged an effort just wide from 18-yards and being fed by Chris Martin. Marriott then looked to turn provider when he lay the ball off to Joe Bateman whose low effort was also just wide of the mark.

Just after the hour mark, Marriott was played clean through by Mason Bennett following a quick play out from the back. The striker stuck from 10-yards out, but the Metropolis keeper managed to get a leg to it to send the effort away.

Moments later, the roles were reversed, and Marriott crossed to Bennett at the far post which he tapped just wide.

Marriott opened the scoring with 20 minutes left to play when he tucked his close-range effort away into the far corner after a good ball from Martin.

Six minutes later, Marriott doubled his and the Rams’ tally. An initial shot by Bennett was palmed into the path of the forward to poke home.

The Rams will be back in action on Saturday evening when they take on Sky Bet Championship rivals, Bristol City, in their second pre-season friendly at the IGM Academy in Florida (11pm kick-off UK time).