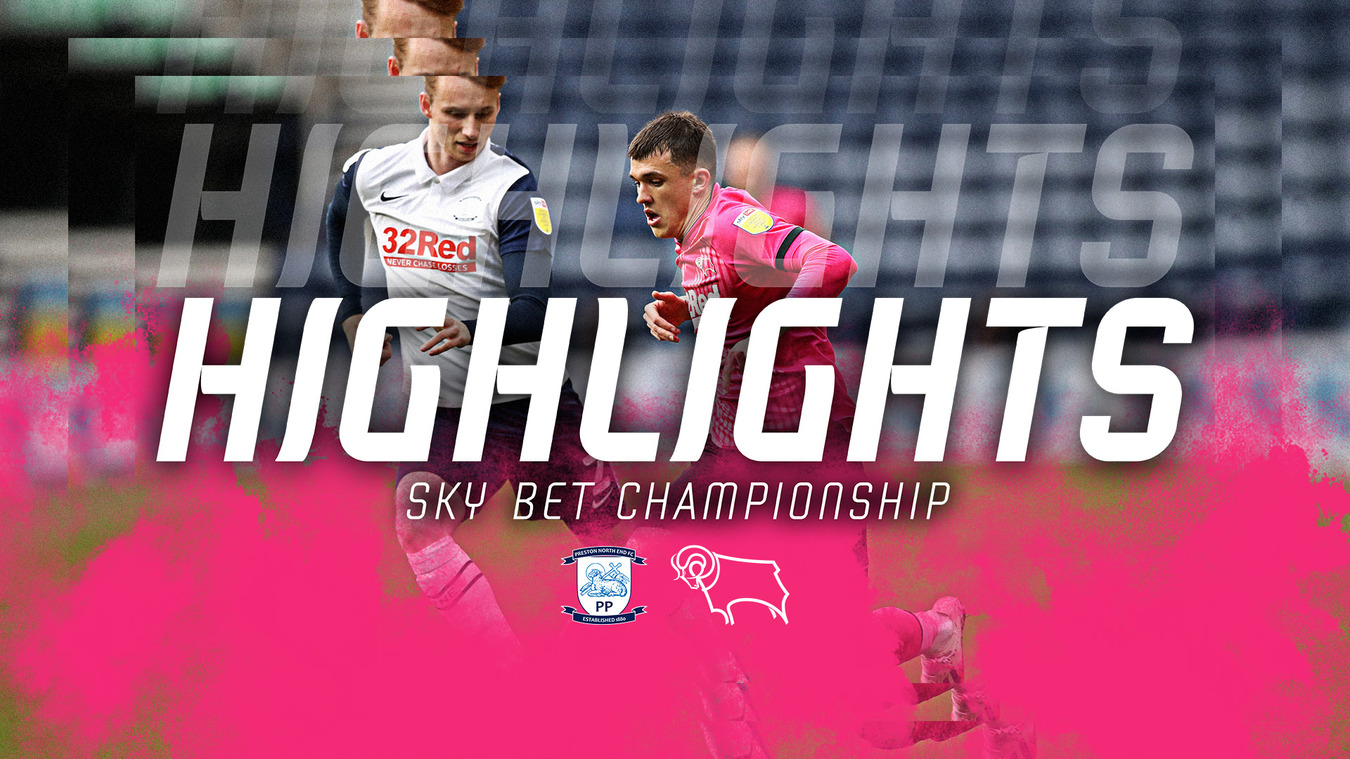 Rooney: “It Is A Bad Night For Us” Marshall: “We Were Nowhere Near The Performance Levels We Should Be” Marshall: "It Is Bitterly Disappointing" Rams Fall To Defeat At Preston Rooney Speaks To The Media Ahead Of Preston Trip Shinnie: “There Is Pressure On Us And We Need To Handle It” Rooney: "The Players Need To Stand Up And Show Their Character" Shinnie: "We Know What's At Stake And What We Have To Do" Rooney: “It’s A Game We Have To Win, Simple As That” Derby County fell to a 3-0 defeat against Preston North End at Deepdale on Tuesday night.

Ben Whiteman struck midway through the first-half for Preston before second half goals from Ched Evans and Ryan Ledson.

Derby started the opening stages well and good spells of possession lead to getting into positive areas on the pitch. Craig Forsyth whipped a couple of dangerous crosses into the area, without having recipients in the area to convert and a reluctancy to pull the trigger from good positions would go on to cost them at the other end.

On the rare occasions that the Lilywhites where in the opposition half, they looked a threat on their attack, with a long throw into the area landing to Browne with his back to the goal, who flicked it over his head to turn and shoot just wide of the goal after ten minutes.

Five minutes later, a cross from Greg Cunningham was punched away by David Marshall. It only reached as far as Whiteman just inside the area, who’s volley struck the ground and bounced just over the crossbar.

In the 17th minute, Preston took the lead. Tom Barkhuizen played the ball forwards down the right side of the area through to Browne to lift the ball across goal for Whiteman to run onto, unmarked, and head towards goal. Marshall got a hand onto it, but the power of the shot helped it brush past the fingertips.

Ten minutes later the Rams had the ball in the back of the net, only to be denied by the linesman’s flag for offside. Brilliant movement saw Tom Lawrence run in behind the backline on to a ball through from Patrick Roberts.

He went one-on-one with Daniel Iversen and picked his spot to slot into the bottom corner, but the flag was soon raised.

Eight minutes into the second half and the Rams were desperately looking for the goal and were back on the front foot. Martyn Waghorn, who replaced Jason Knight at half-time saw a close-range effort block by Andrew Hughes.

That rebounded out to Max Bird who opted to square to George Edmundson just inside the area rather than shoot, who unleashed a powerful effort towards the top of the goal.

The defender’s effort was parried away by Iversen and landed to Colin Kazim-Richards for another headed chance that was deflected wide.

The Rams kept pushing and just after the hour mark Matt Clarke was in the penalty area to get on the end of a low cross from Lee Buchanan and took aim at the top corner, but sent his effort just over.

But soon after, Preston were on the attack again when Cunningham picked up a loose ball just outside the Rams box and fed forward to Barkhuizen who looked to place it in the bottom corner, but was denied by a smart diving save from Marshall.

With just over 15 minutes left to play, the Lilywhites doubled their lead. A goal kick quickly ignited the attack which saw Brad Potts’ cross parried away for Evans to pounce on and strike across goal.

With ten minutes left to play Derby built from the back and a good run by Buchanan saw him cut inside and continue to drive down the middle of the pitch before feeding out to Festy Ebosele. He picked out Lawrence who set himself and curled an effort that was parried away.

A third came in the dying minutes of the game from a free-kick down the left of the area by Ledson missed everyone in the area and tucked into the far corner.