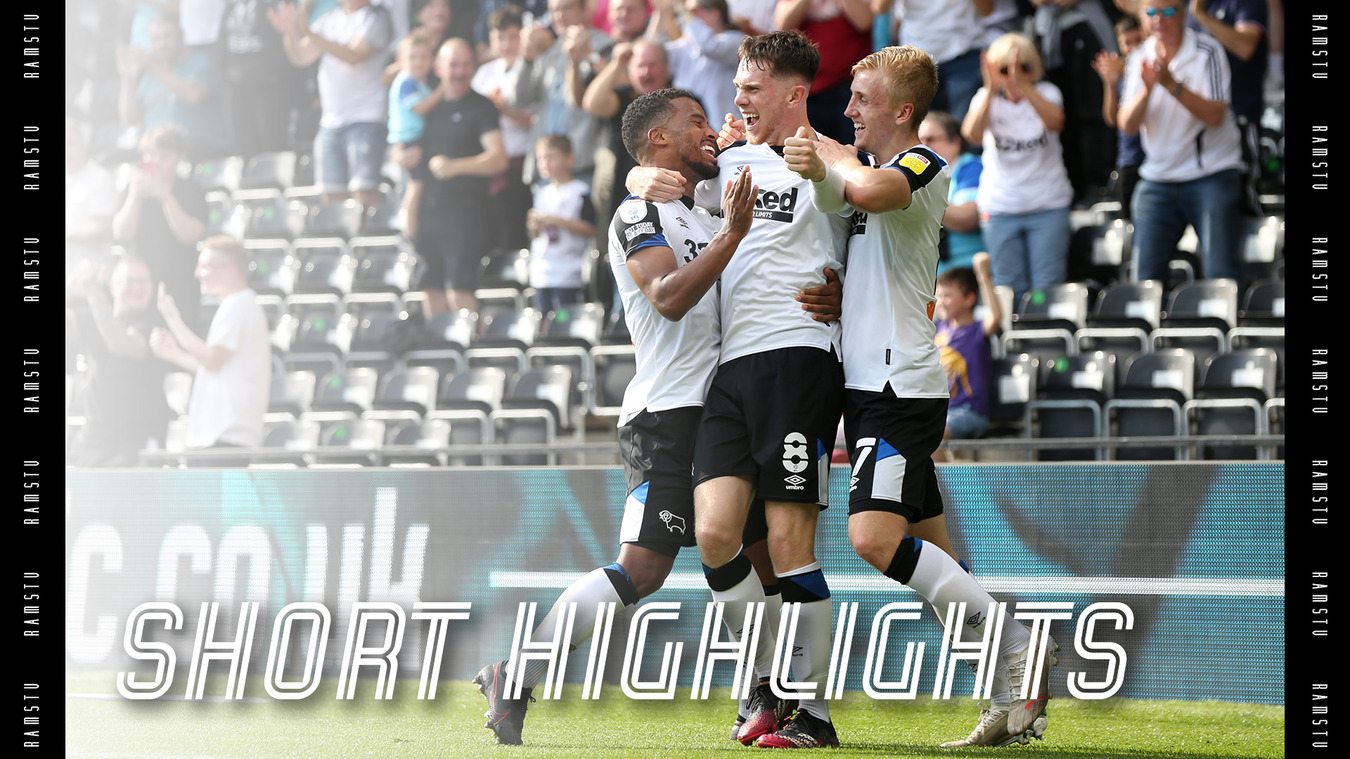 Rooney: "I Think The Fans Can Be Proud Of The Players" Rooney Looks Ahead To Stoke Test 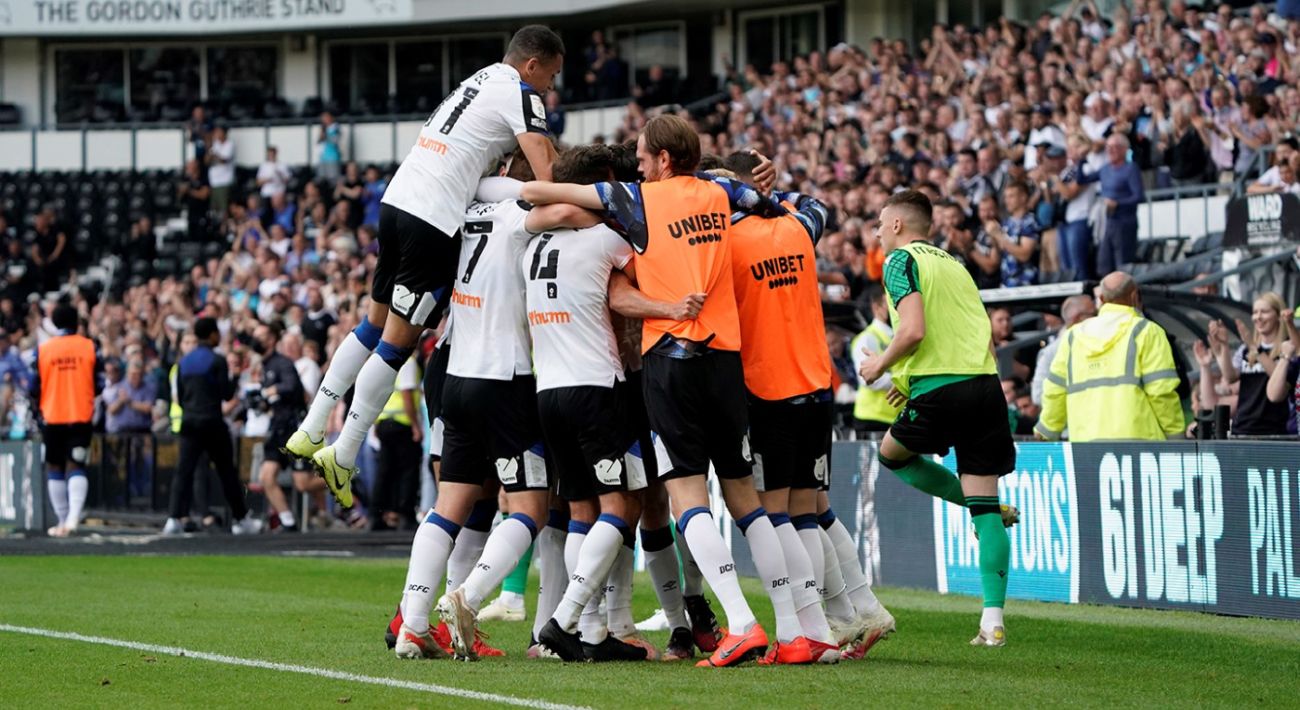 On a passionate afternoon in the East Midlands, Derby rose to the challenge and secured the all important three points.

Max Bird scored the Rams’ first of the afternoon on his 21st birthday as he swept home a beautiful effort from 25 yards to net his first professional league goal for the club.

Soon after, Curtis Davies managed to get his name on the scoresheet for the first time in four years as his back header found a way past Stoke City goalkeeper Josef Bursik.

The visitors did manage to grab a goal back just before the hour mark as Tom Ince scored from the edge of the box, and despite heavy pressure from the visitors, the Rams held on to record a valuable three point on home turf. 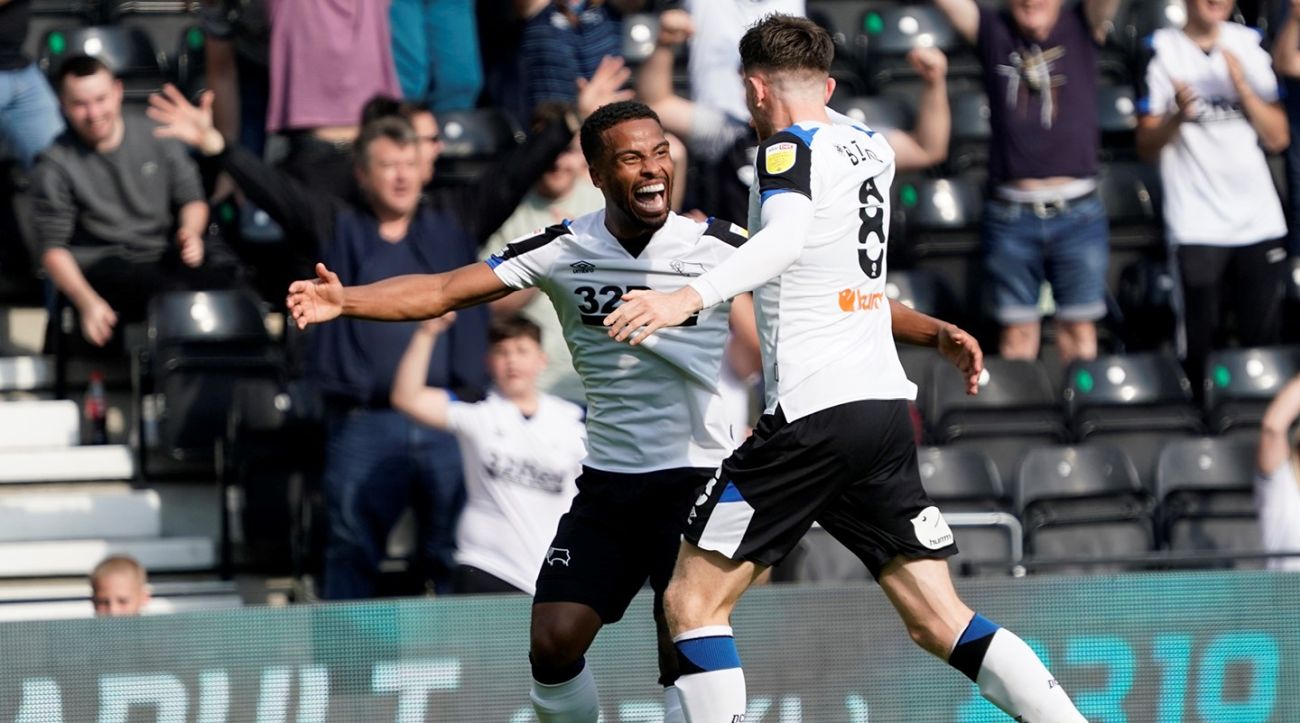 Manager Wayne Rooney reverted to a more familiar-looking starting 11 as Tom Lawrence returned to skipper the side, whilst Ravel Morrison and Bird also came back in for the Rams.

And it would be Morrison who created the first chance of the game for the Rams, who started on the front foot, in the first four minutes.

The attacker set off on a mazy run across the 18-yard box and picked out the advancing Lee Buchanan in the penalty area but his effort on goal was deflected wide for a corner.

With a strong backing from the supporters, Derby fed off the atmosphere and rose to the occasion, especially in the first half. 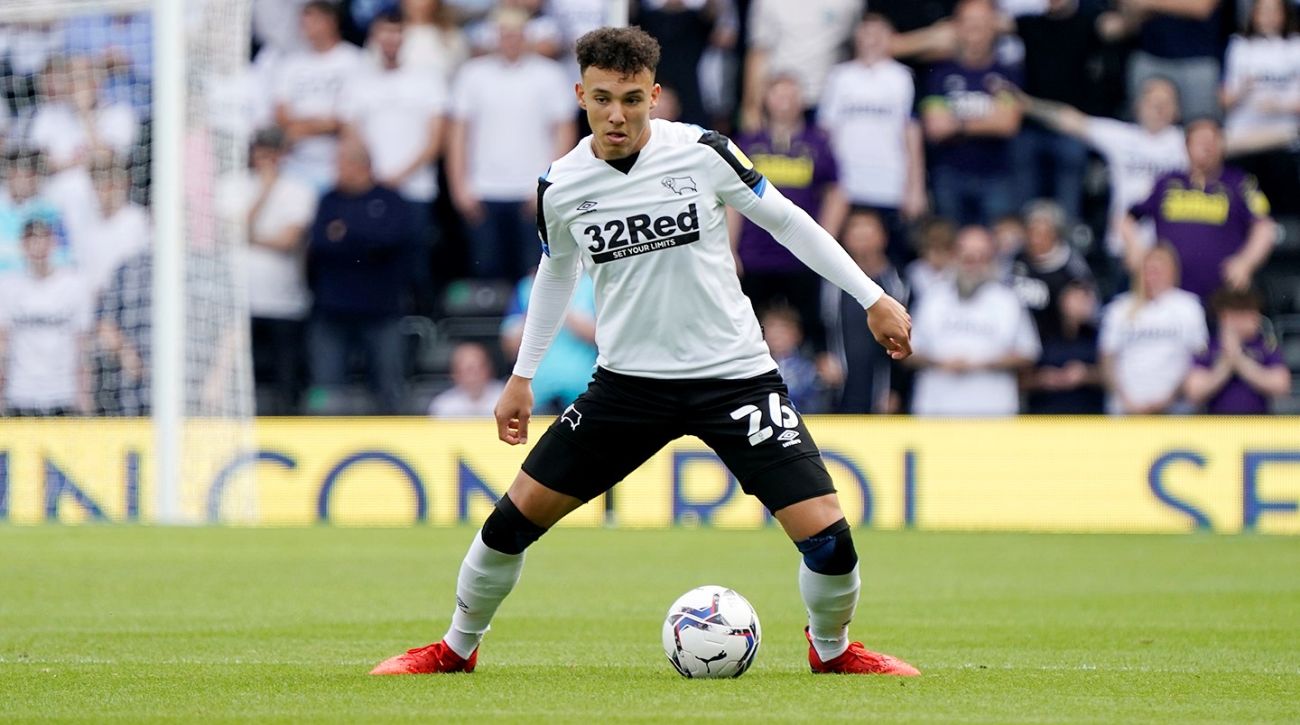 The Rams continued to probe as Nathan Byrne delivered a dangerous ball across the box which wasn’t attacked, whilst Lawrence was denied by his own teammate as he shot at the back post.

Fortunately, those missed chances would not come back to rue the Rams as they took the lead just after the half hour mark. And it was some goal, too.

Midfielder Graeme Shinnie found Bird all alone 25 yards from goal who was urged to shoot by supporters. On his weaker foot, he unleashed an unstoppable effort into the top corner to score his first professional league goal on his 21st birthday as Pride Park Stadium erupted with noise.

It would be some moment for the Rams’ Academy product who has waited a long time for his first goal in the black and white, and two minutes later, he would be celebrating again as Derby extended their lead. 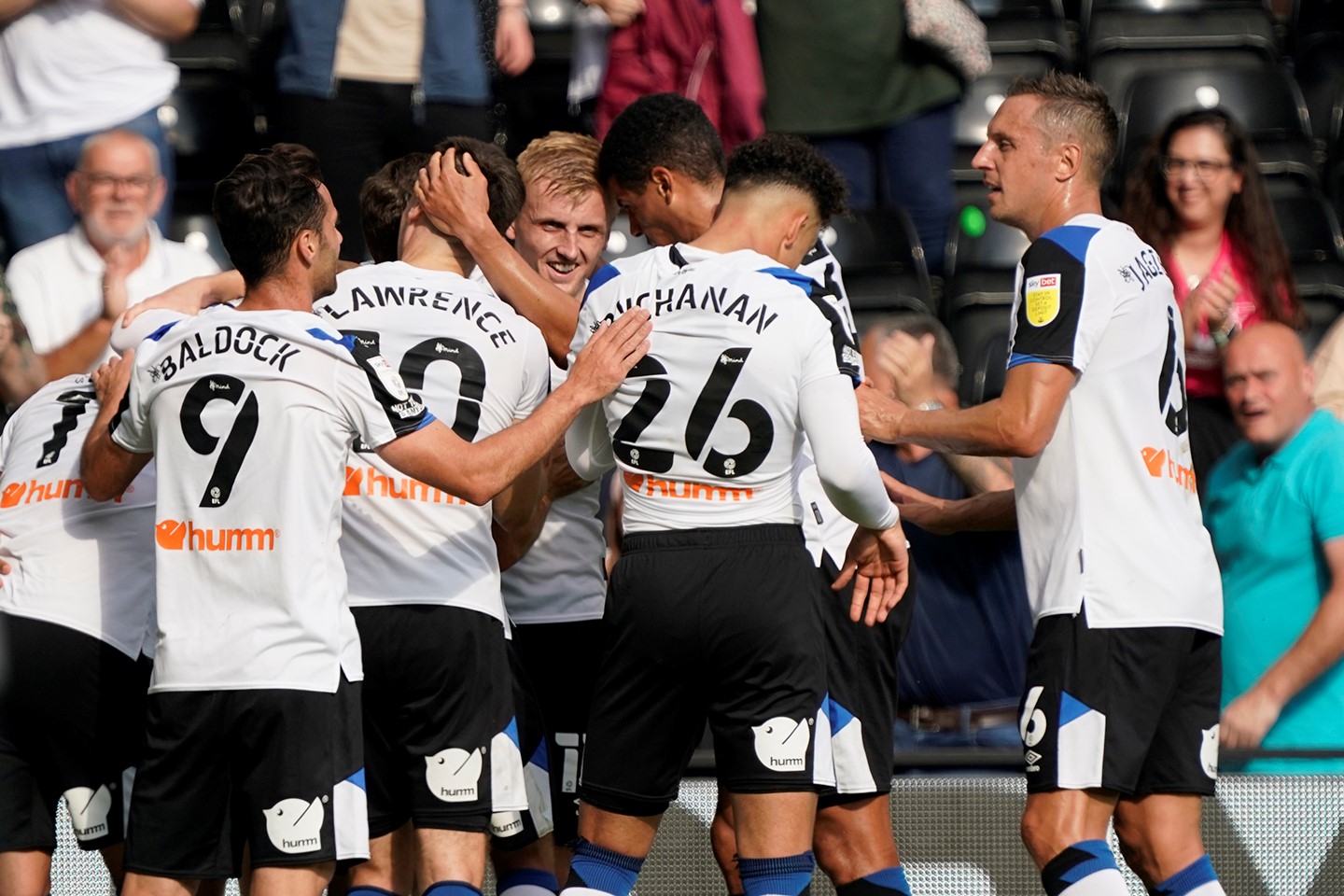 And it would again be another unlikely goalscorer as Davies got his name on the scoresheet. A free kick into a good area by Shinnie found the central defender whose back header found a way beyond Josef Bursik in the Stoke City goal to double Derby’s lead.

It was nothing more than the Rams deserved as Davies netted his first goal for the club in more than four years to put them in a commanding position. 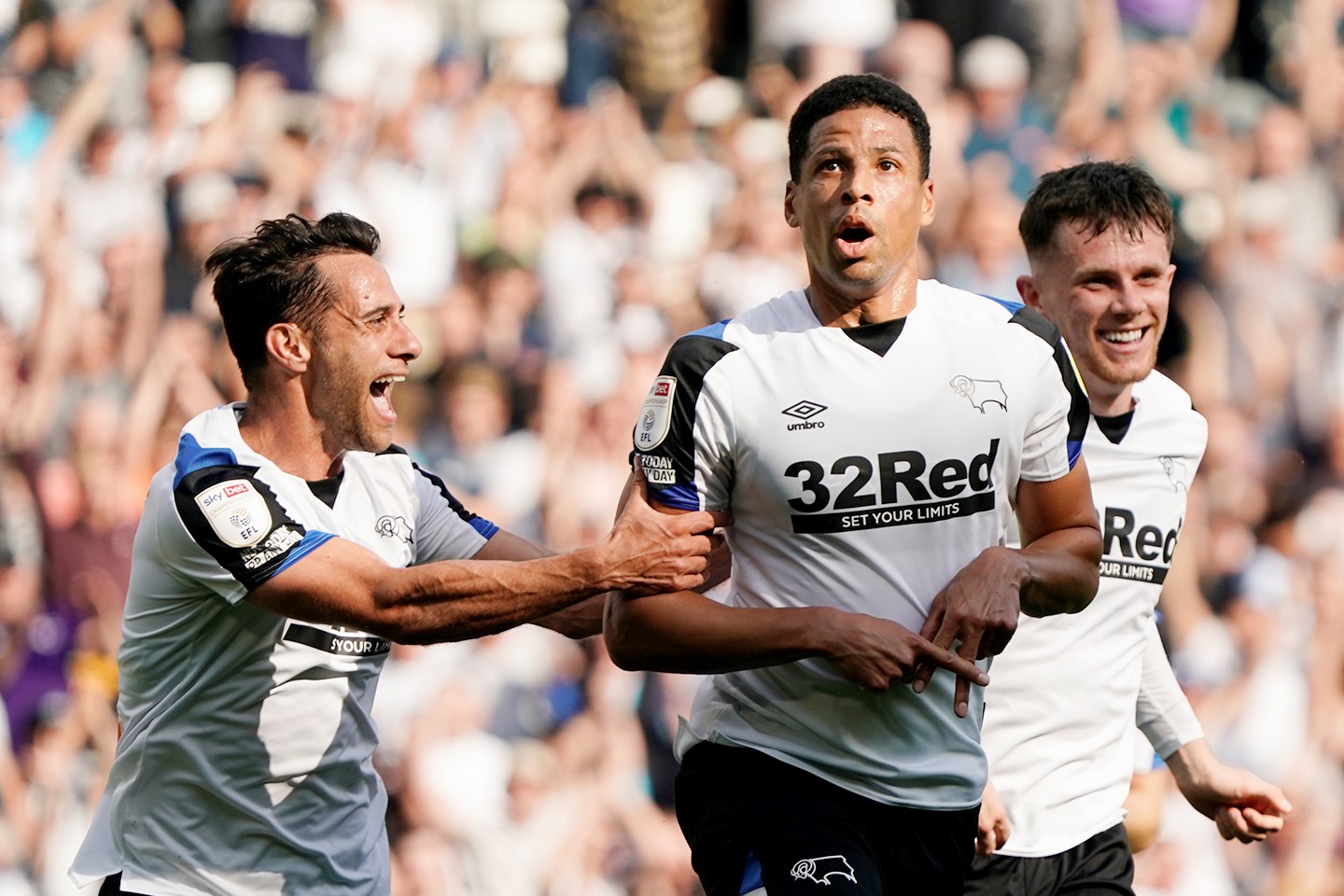 It could have been more before the half time break as Sam Baldock was denied twice by Bursik after going clean through on goal, whilst Morrison fired wide from 25 yards.

And the forward was presented with a golden opportunity to make it three straight after the half time interval. A long ball from Derby County goalkeeper Kelle Roos wasn’t dealt with by Stoke’s Ben Wilmot and Bursik, Morrison nipped in but with the goal gaping, he struck wide.

It was a let off for the visitors who seemed to grow in confidence following the miss. Roos made a big save to deny Surridge from point blank range, whilst he also held on to a crisp strike from Sam Clucas from 18-yards.

But, the visitors did find a way back into the game just before the hour mark and it would be a former Rams player who got the goal. 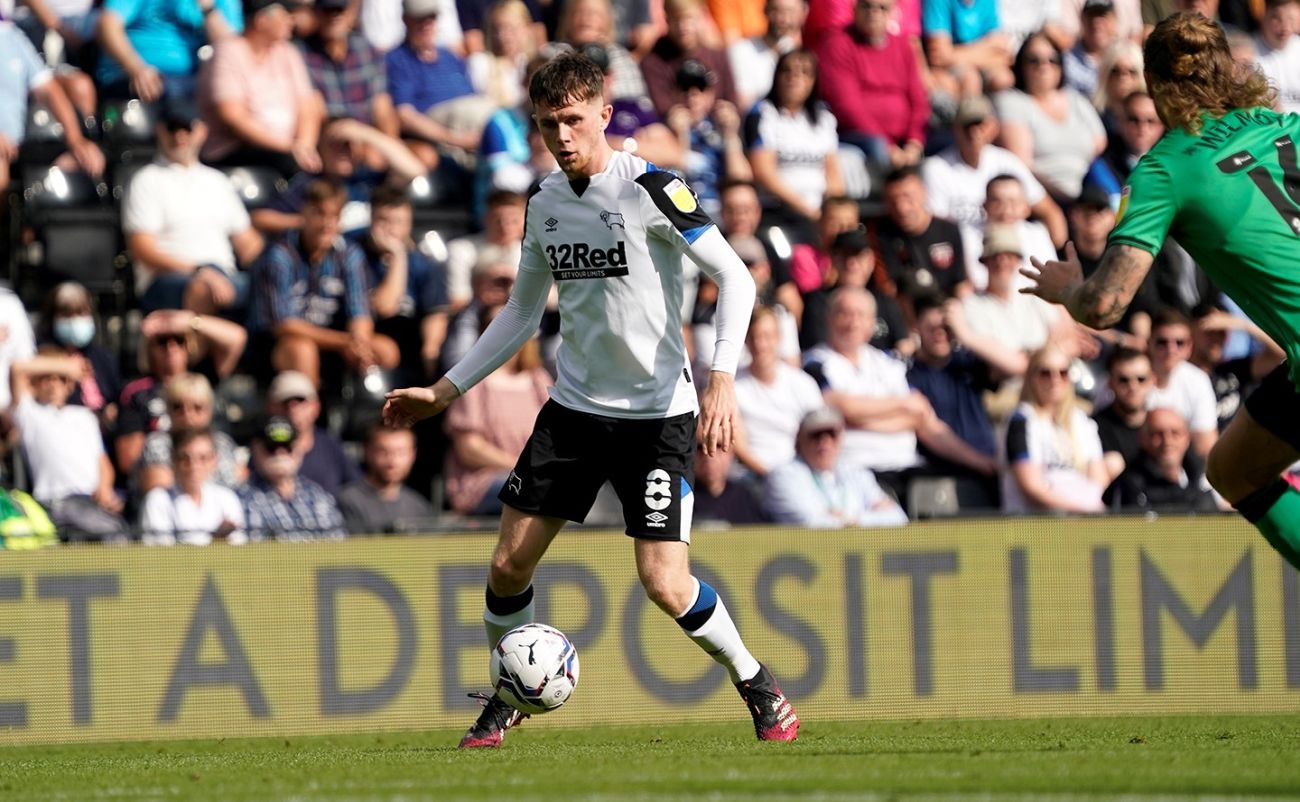 After a mistake at the back from the Rams, the ball was presented to Ince at the back post and he stroked beyond Roos to bring the Potters back into the encounter.

The visitors were in the ascendency and brought on further firepower as Jacob Brown and Nick Powell were introduced. However, for all of their possession, it would be the Rams who looked good on the counter attack as Sibley fired over from 25 yards.

The Potters threw everything forward in a bid to get something from the game, but they were met by a Rams resilience and stubbornness as they continued to hold their visitors.

Ince again had a good chance on 75 minutes as he struck wide from the edge of the box, whilst Stoke supporters thought they had a leveller two minutes later as Wilmot’s header went inches over the crossbar. 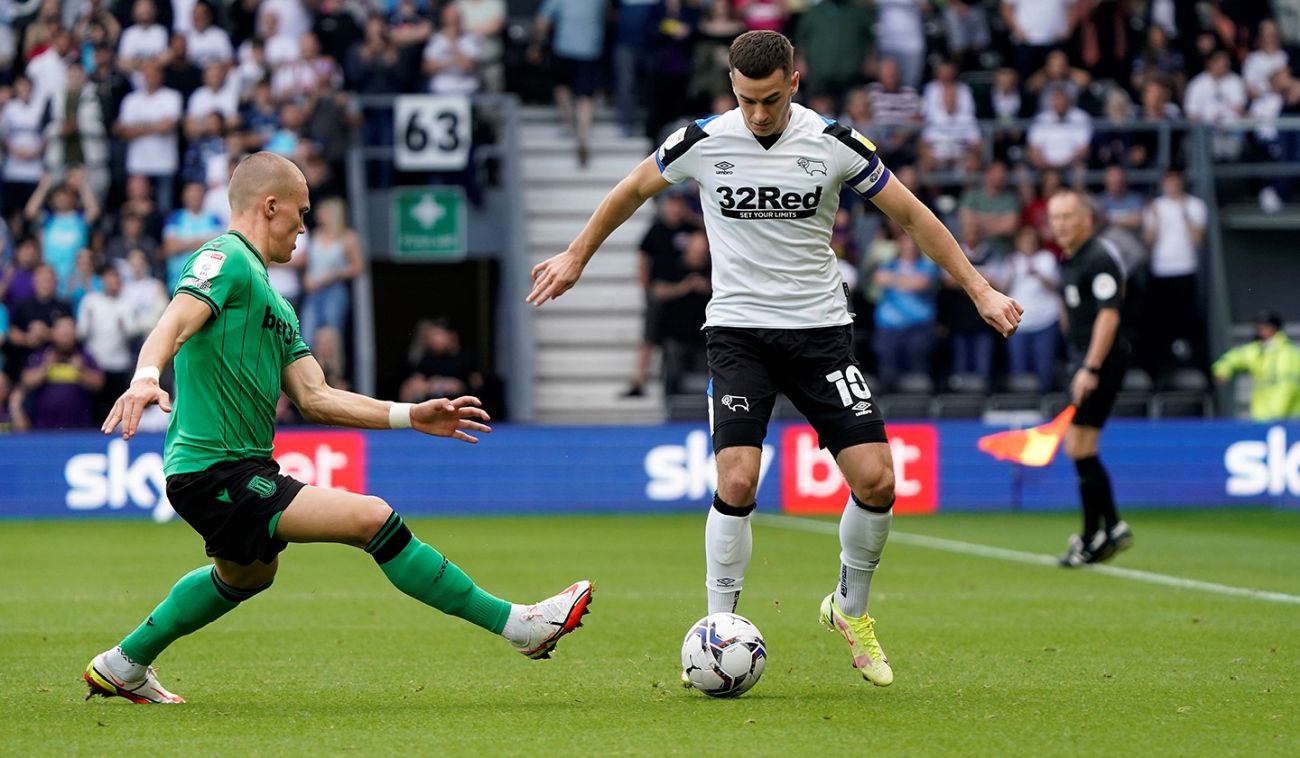 Stoke continued pile the pressure but Roos was found to be in inspired form, once again. After a dangerous cross from substitute Alfie Doughty, he managed to push the ball away from danger. However, Stoke insisted they should have been awarded a penalty from the resultant melee as a forward went down in the area but the referee waved away the protests.

With four minutes of additional time announced, the supporters rallied behind the team and after a few nervy moments, Derby saw the game out and recorded a valuable three points at Pride Park.