Poland Under-21 international Krystian Bielik has become the latest addition to Derby County’s squad as the start of the 2019/20 Sky Bet Championship edges closer. 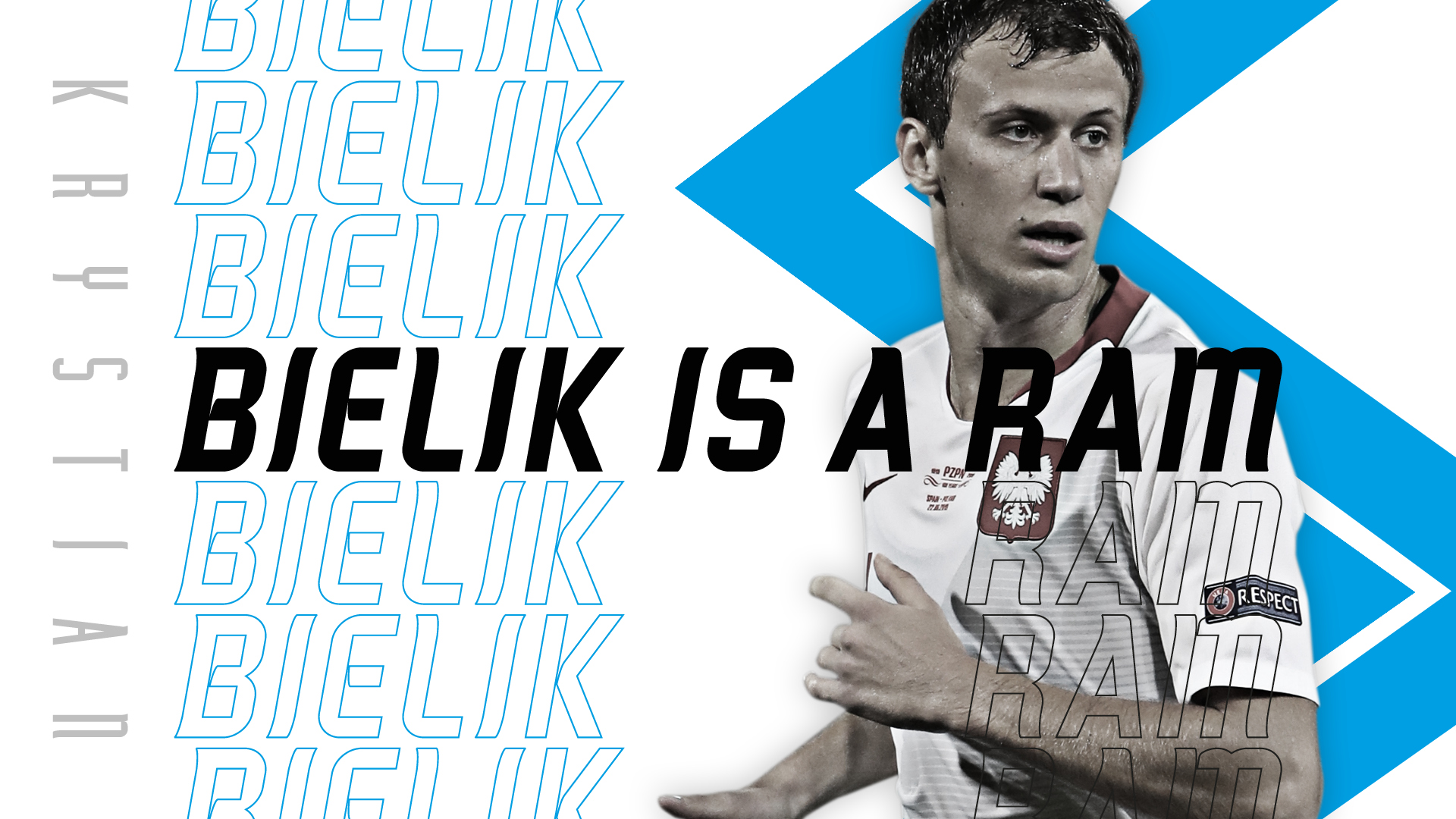 Bielik, a midfielder who is also capable of playing in defence, has joined the Rams on a five-year contract, subject to EFL approval, after an undisclosed fee was agreed with Premier League side Arsenal.

The 21-year-old starred during a loan spell with Charlton Athletic last season as they gained promotion to the Championship.

He was an influential figure as the Addicks finished third in the League 1 table and overcame Sunderland in the Play-Off Final.

As a result of his impressive season he attracted interest from clubs not only in England but across Europe.

Bielik could make his Derby debut in the season-opener at Huddersfield Town next Monday evening (7:45pm kick-off) and is the Rams’ fourth signing of the summer transfer window following the arrivals of Graeme Shinnie, Kieran Dowell and Matt Clarke.

“He is a young player at the age of 21 and it is a permanent deal which I think is a very good investment for the club. I am very happy he has joined the team.

“He will get better and develop, but for his age he is a very good player.”

Bielik joined Arsenal from Polish side Legia Warsaw in January 2015 at the age of 17 for a reported fee of £2.4 Million after impressing in their first-team set-up.

His first appearance for Arsenal’s first team came towards the end of 2015 as he came off the bench for Arsenal in an EFL Cup tie at Sheffield Wednesday.

Another EFL Cup appearance, in a 4-0 thrashing of Nottingham Forest at the City Ground in September 2016, was then followed by a loan switch to Birmingham City in January 2016 and he made ten appearances for the Blues before returning to North London.

Injuries limited his game time in another loan spell, at Walsall in the second half of the 2017/18 campaign, before a successful stint in League 1 with Charlton Athletic last season.

Bielik made 34 appearances in all competitions and scored four goals as Charlton reached the League 1 Play-Off Final and defeated Sunderland 2-1 at Wembley Stadium to secure promotion to the Championship.

He produced a Man of the Match performance against the Black Cats, with Lee Bowyer’s side coming from behind to claim a last-gasp victory.

In English club football to date, Bielik has made 46 appearances and scored four times.

On the international stage, Bielik has represented Poland at various youth levels and was part of the Poland Under-21 side at the 2019 UEFA European Under-21 Championships.

Although Poland didn’t make it past the group stages, Bielik did score in their victories against Italy and Belgium.