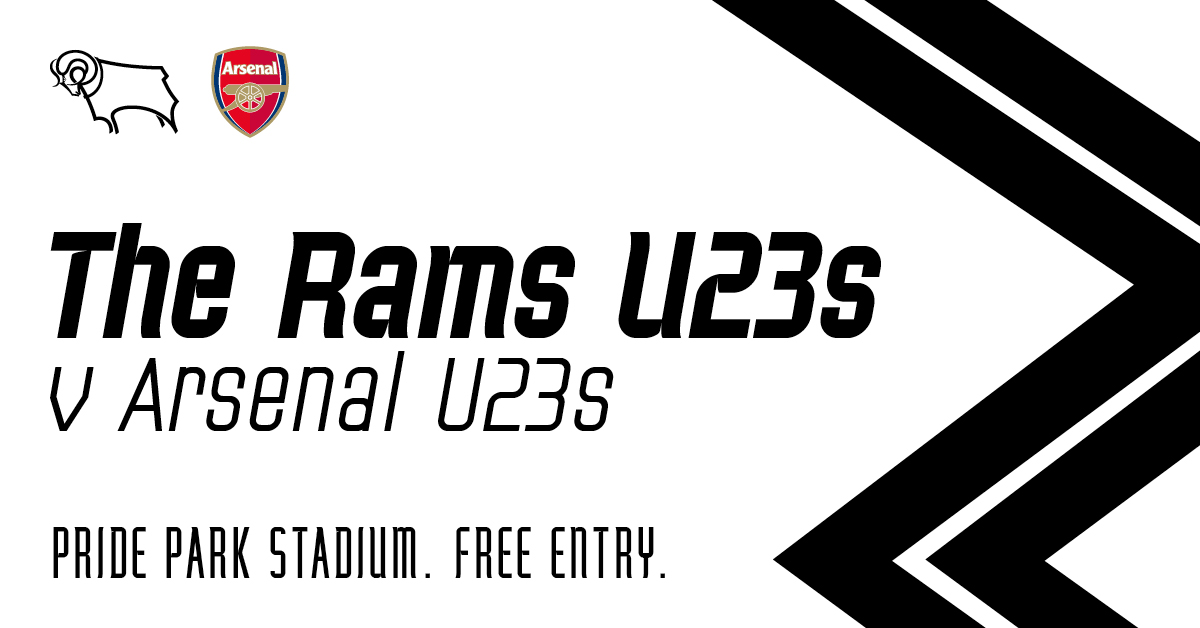 The Rams take on the Gunners at Pride Park and fans are encouraged to come down and show their support.

Darren Wassall’s side have started the Premier League 2 Division 1 season well, winning two of their three opening games in the league. Their only loss came on the opening day of the season as they were beaten 1-0 by Chelsea.

Victories against Southampton (1-0) and Tottenham Hotspur (2-1) have lifted the Rams sit in fifth position at this early stage, only a point off top spot.

Friday's opponents, Arsenal, are second in the table.

There will be no reserved seating on the night and supporters are advised to head straight to the lower section of the East Stand upon their arrival at Pride Park Stadium. The turnstiles will open from 6pm on the evening. Cocu: “We Are Happy To Give This Win To Our Fans - And Andre Wisdom”

DCFCMegastore Still Closed - But You Can Buy Online!