Derby County are back on the road this weekend as they make the short journey to South Yorkshire to take on Sheffield Wednesday in their latest Sky Bet Championship fixture on Saturday afternoon (3pm kick-off).

Phillip Cocu's side will travel north to take on Garry Monk's side in their final game of February - and they'll be looking to round off the second month of the year on a high.

dcfc.co.uk has gathered all the information you will need ahead of the game against the Owls.

Manager Phillip Cocu has no fresh injury concerns ahead of the weekend.

Midfielder George Evans is in line to return to the matchday squad following three appearances for the Under-23s, after just over two months out of action with a calf injury sustained just before Christmas.

Cocu could make changes following the 2-1 loss at Queens Park Rangers on Tuesday night, with the likes of Jayden Bogle and Chris Martin knocking on the door to return to the starting line-up.

Attacking midfielder Duane Holmes remains out of action with a lower leg injury sustained in the 1-1 draw against Huddersfield Town just over a week ago, which has ruled him out of action for several weeks.

Midfielder Tom Huddlestone is still out with an Achilles injury, which comes as a frustration to Cocu as he has been out of action for almost a month and his progress on the road to recovery has not been as quick as the Rams would have hoped for.

Krystian Bielik remains out of action with a long-term knee injury which he sustained last month.

Speaking to RamsTV ahead of this weekend's game, manager Phillip Cocu said: “Sheffield Wednesday got a very late win in midweek, but they have struggled also in quite a few games without a good result and haven’t scored a lot of goals.

“If we can go there and get a win, it would give us a boost.

“It will be another difficult game, but I think if we play like we have been playing in the last couple of matches and we can just add to be a little bit more solidity in key moments in a defensive aspect that would be good for us.

“We are scoring more goals and we are creating more opportunities, so if we can do that then the result will be possible in this game.”

More pre-match comments from Derby's manager, and forward Tom Lawrence, can be found across dcfc.co.uk and also on RamsTV.

Tickets for Derby’s trip north to take on the Owls at Hillsborough are still available to buy.

Derby were given an initial allocation of 2,068 tickets for this fixture, but this has now been increased to 2,632 after an extra 564 tickets were made available.

Prices are as follows:

* Supporters aged 13 and below must be accompanied by someone aged 18 or above.

The Roadrider will depart from Pride Park Stadium at 12pm on the day of the game.

Seats are priced as follows:

He has handed out 61 yellow cards from his 23 games across all competitions this season to date, while he has shown two red cards in the current campaign so far.

This weekend's game will be Whitestone's second featuring Derby this season, as he oversaw the Rams' 2-1 victory over Barnsley at the start of January.

He will be assisted by Matthew McGrath and Paul Hodskinson on the lines, whilst Shaun Hudson has been appointed as the fourth official.

Fans based outside the UK & Ireland can watch this weekend's Sky Bet Championship game in full LIVE on RamsTV. 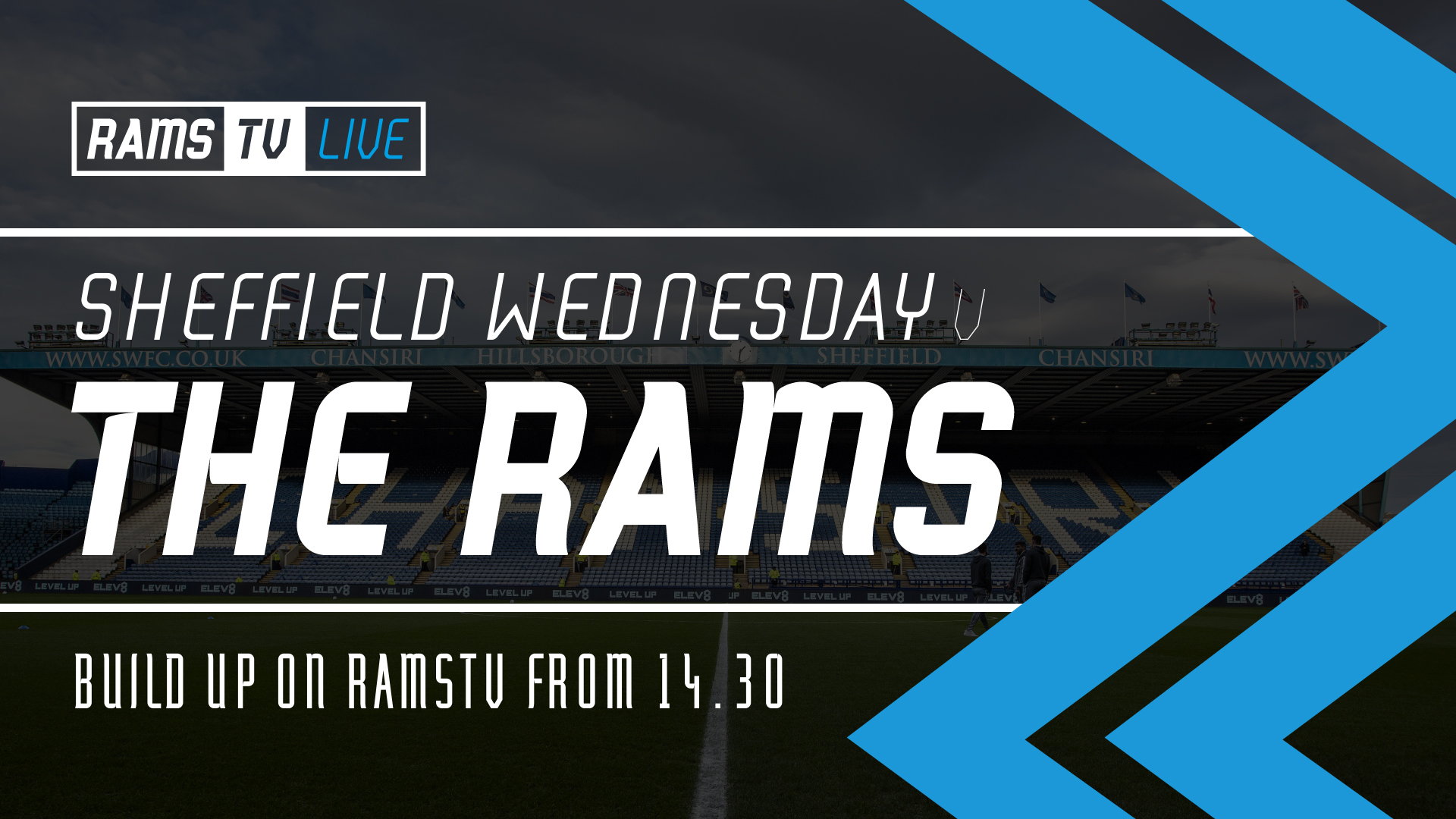 Fans purchasing a pay-per-view pass or a RamsTV subscription to watch the game will also be entered into RamsTV’s 'February Prize Draw' for the chance to win a signed Wayne Rooney shirt and full details can be found here.

There’ll then be LIVE HD multi-camera coverage, with instant replays and full match commentary from Owen and Shane for all the action at Pride Park on Saturday afternoon.

Snapshot In Time: Strupar Joins The Rams In December 1999

EFL Statement: We Can All Play Our Part