Goalkeeper Matt Yates was delighted to make his first team debut and believes Derby County's youngsters have a lot to be proud of despite exiting the FA Cup at the Third Round stage following a 2-0 defeat against National League North side Chorley. 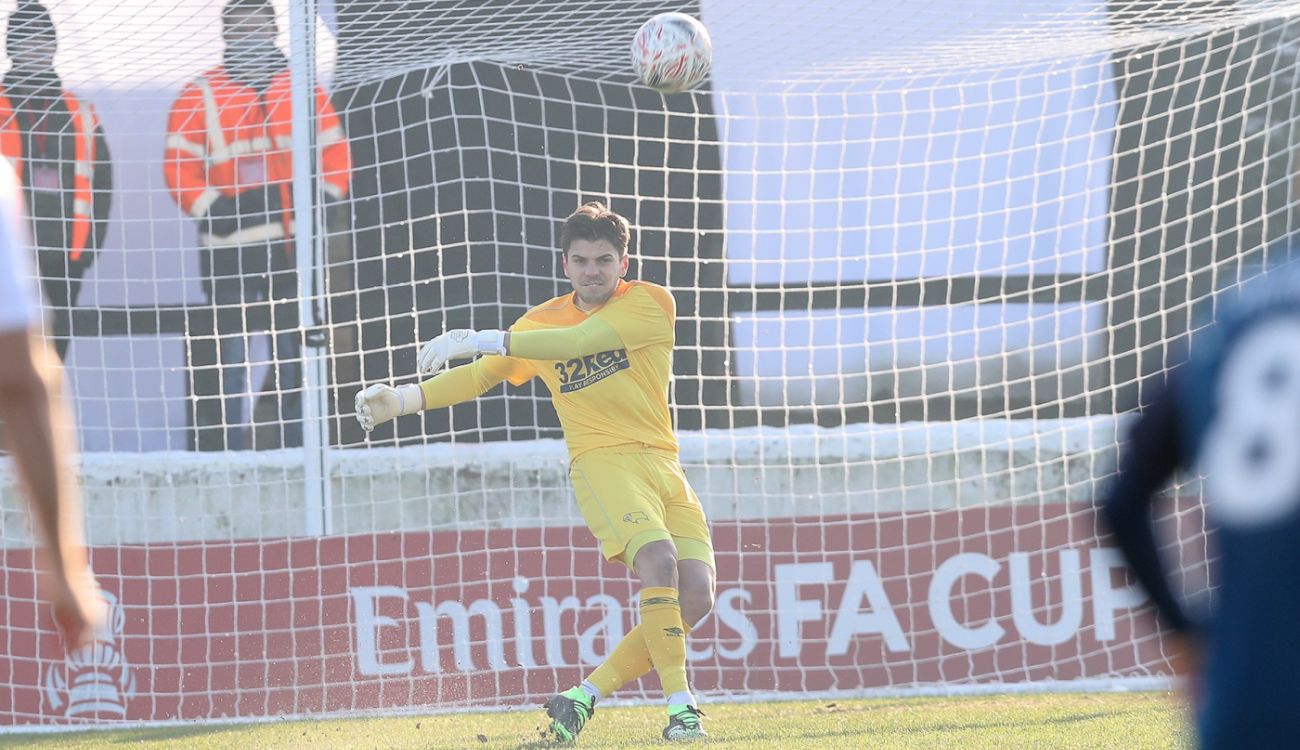 Due to an outbreak of COVID-19 in the first team camp this week, the Rams’ squad were made up of a selection of Under-23s and Under-18s players for the game in the North West.

Derby, managed by Senior Professional Development Phase Coach Pat Lons, started on the front foot and thought they had been awarded a penalty early in the game.

However, referee Kevin Friend overturned his own decision after Cameron Cresswell went down in the box.

Chorley’s physical superiority saw them take the lead after 10 minutes as Connor Hall converted from a corner to put the National League North side ahead.

The Rams battled and had spells of possession but chances were unfortunately few and far between. Joe Bateman’s second-half header was the closest Derby came to scoring.

Chorley managed to score a second late in the game as Mike Calveley converted from close range.

The Rams' players have a lot to be proud of, according to 21-year-old goalkeeper Yates.

“It was fantastic for the lads to get up here and finally play because it has been a long week,” he told RamsTV. “I think it was a great experience for all the lads.

“We only found out on Tuesday and we had to prepare quickly and do the best we could. The lads can be proud of what they did out there today.”

The goalkeeper, who has had loan spells at AFC Telford United, Gloucester City and Hereford FC, was called into action on a number of occasions and did well on his senior bow to keep the Rams in the game.

He did concede the home side deserved their victory, but felt the Rams could take a lot of positives from the game.

He said: “They were probably the deserved winners on attempts and stuff like that but I thought the lads put up a great fight. It was a big test for us against some proper men. I think we can take a lot from it.

“We had a really young side out there and, from the lads, we couldn’t have asked any more. They all put their bodies on the line and tried to win headers. I think they can be proud.”

Yates comes from a footballing family as his dad, Dean, also represented Derby in the 1990s.

He helped Derby win promotion to the Premier League in 1996 under Jim Smith and the goalkeeper admitted he was given a pep talk from his father beforehand.

“I wasn’t born then but I heard plenty of stories about it,” he recalled. “I will speak to him after the game. He just said to enjoy it really and just embrace everything. It is quite unbelievable circumstances, but he said to just go and enjoy it.

“It has never happened before so that is something we have all had to adapt to. But I think the lads prepared the best we could and the coaches put us in the best position they possibly could too.”